I was reading a toy site several years ago where the author claimed that as a kid he figured out that the Air Raider stickers all had their own alphabet and used it to spell out various words like the name of the vehicle and other terms. I thought it was a neat idea but I didn’t have enough of the stickers to really help, most of mine were pretty damaged at that point.

Recently I’ve been trying to collect as many stickers as I can to act as an archive here at the site. I remembered the article and decided to give it another look. The author had mentioned specifically that Man-O-War was spelled out so I started there. Sure enough, he was right!

Those seven little red icons spell out Man-O-War and once I puzzled that out, it was the basis for figuring out the rest, letter by letter.  It was actually quite satisfying to slowly piece together some of the words or phrases they were using. (You may notice the white swoosh with the little circle too, and in my opinion, is supposed to be an abstract Man-O-War.)

Now to be honest, I didn’t find the whole alphabet. As far as I know they didn’t use every letter and I still don’t know what f,j,q and x look like. There’s also a mystery letter with the Thunderclaw sticker because the word doesn’t make sense and I can’t make any further progress. Folks will also notice the Storm Dagger isn’t here because my stickers didn’t survive and I haven’t found any good online sticker pics. Eventually, I hope to make some vector images to download.

I’m not sure if the Tyrants also got an alphabet but after looking over the small amount of stickers they have, I’m not sure I could figure it out. We’ll see…

Anyways, check out the translations below. Enjoy! 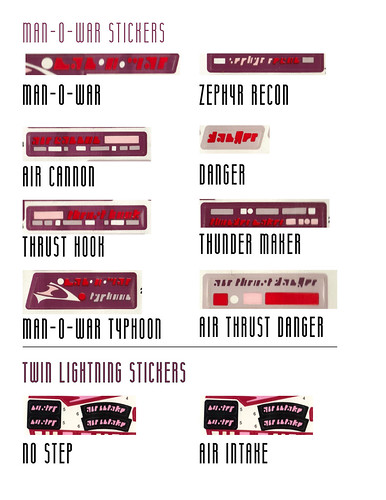 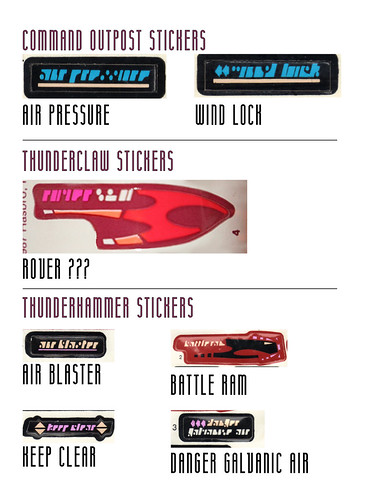 6 thoughts on “Cracking the Code”