I came across this auction a little while ago which involved a boxed Wind Seeker but also a ton of vehicle concept sketches. Many of them were 6-wheel designs so they settled on that early. Several also have a hoverpod concept too.

I separated out a few of them to look at but the resolution is poor. The seller unfortunately did not display close-ups of all the wonderful drawings but you can still get a pretty good idea of everything.

Below is an interested segmented vehicle, like a caterpillar. The undercarriage is crazy, mounting a total of 18 wheels if the drawing is correct. I don’t see any weapons though. 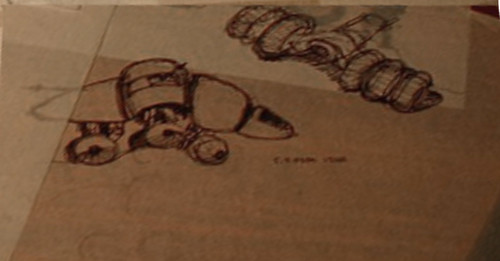 A Tyrant trike! What a cool concept, looks like it’s all-terrain with some decent weapons and possible a ram. I wish they actually made this, I would buy a ton of them. 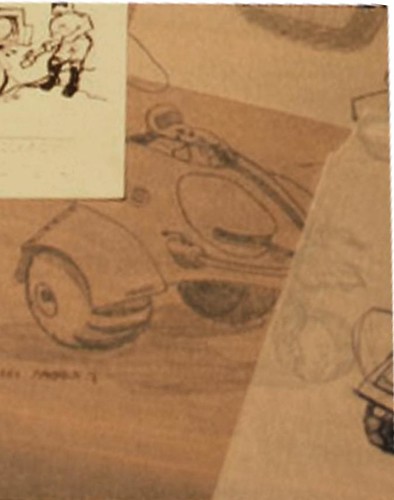 The next two are the same prototype. A heavily-armed beetle-like tank with 6 wheels and large hoverpod which looks much bigger than the final design. It has a UFO look to it. I like the high chassis it has. 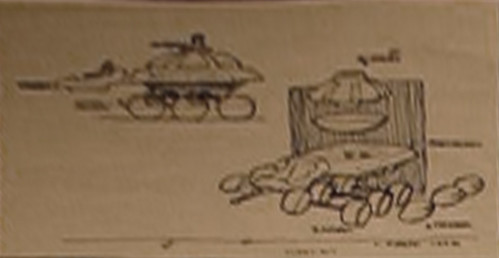 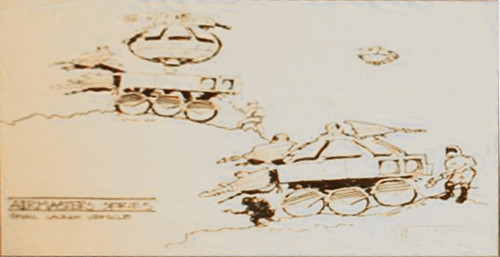 Wow, a crane tank! I wonder what inspired them to add that? Considering all the mining for air they’d have to do, construction vehicles make sense. Maybe it’s a battle claw device like what the Thunderclaw has. 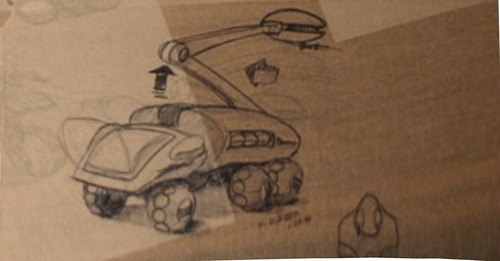 Two more cool concepts; the top one looks like the pod comes out of the front. The other one is one of my favorite designs and has a Man-O-War floating sphere above it. I wonder what the four bubbles are on the sides? 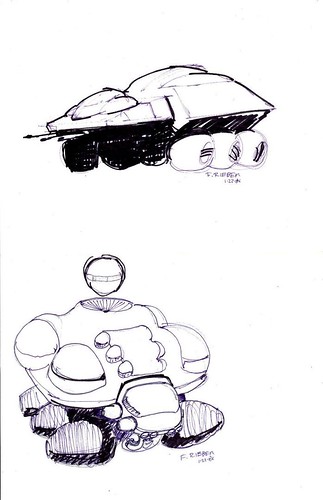 I would love to have good photos of all these drawings. Here’s the whole lot to look at. Enjoy! 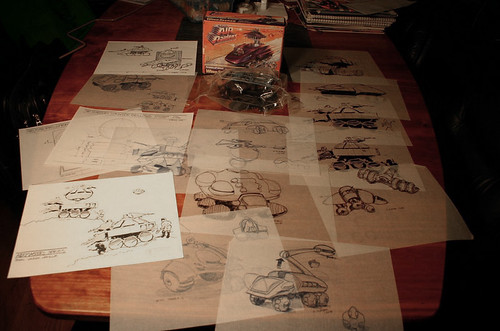