1 : an object or goal that is sought after for its great significance.
There are several holy grails for the Air Raider toyline. The biggest one probably being the Air Refinery which I doubt anyone will ever find. As much as I would love to think that a couple of them are sitting in someone’s basement somewhere, they were probably thrown out or destroyed by some Hasbro worker’s kids with leftover 4th of July firecrackers. In addition to the Air Refinery, there’s also the Emperor and Baron Jolt, the mail-away figures that cost $6.00 to purchase 30 years ago and today cost hundreds of dollars. I’ve seen one guy on ebay charge close to $1000! I’m sad to say I have not found these guys yet although I did see someone on a Facebook toy group sell them both along with a bunch of other AR figures for $15. Unfortunately, I was not part of the group at that time. Sigh…
(On a side note, it’s disheartening to read how much disdain action figure collectors have for the toyline.)

Moving on, I just got the last toy that I consider an Air Raider holy grail; the Man-O-War. These are about as rare as the Emperor and Jolt and can cost several hundred dollars if complete. They seem to show up 3-4 times a year on ebay in various conditions. 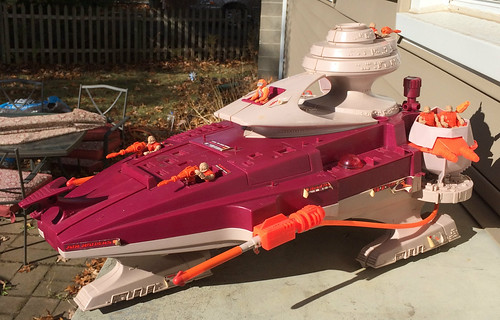 I got mine in a lot purchase for about $50 or so. A sweet price but sadly it is missing a few things like Admiral Fury, the red elevator tube in the back, gun parts and some of the scout car wheels (which I’m trying to mold myself). In addition, the stickers are trashed and the air pump is damaged with hairline cracks in it. I will probably have to super glue it to protect further damage or look for a beater Man-O-War to strip out the part. 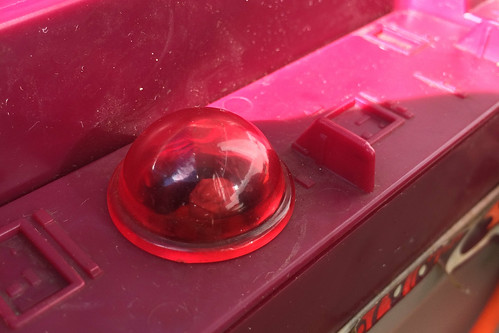 All this being said, I couldn’t be happier. It is an amazing toy and I absolutely love it. I’ve already found one of the missing parts and I hope to find the rest as time goes by. 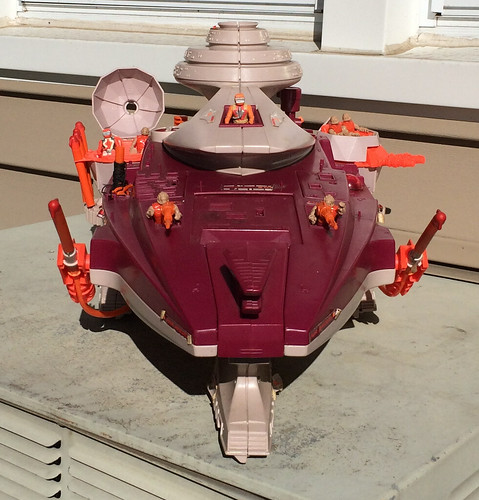