I’ve been super excited to create a library for the stickers for the Air Raiders toyline. This has proven to be much harder than I thought. Most pictures I find online are low resolution, half-covered and/or the stickers are curled and folded.

So I’m updating my original idea. I’m still going to try and have an online archive of all the stickers, warts and all, just to allow access to all these elusive accessories. But now I’m going to create my own files at some point; vector files that is. The ones below have just been cleaned up in Photoshop but I’d eventually like to create clean vector files in Illustrator that can be downloaded and used to (hopefully) replace worn-out, old stickers. That’s the plan at least… 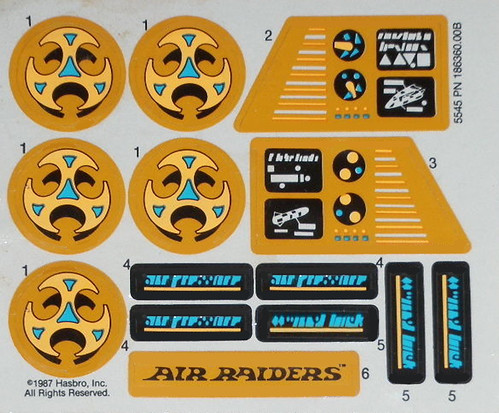 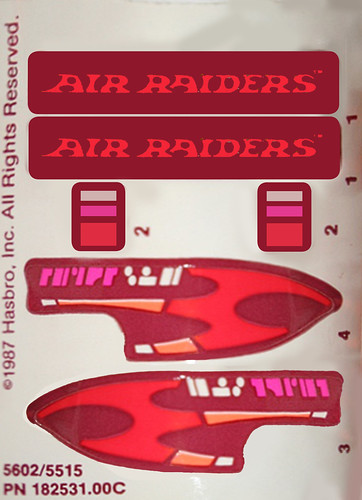 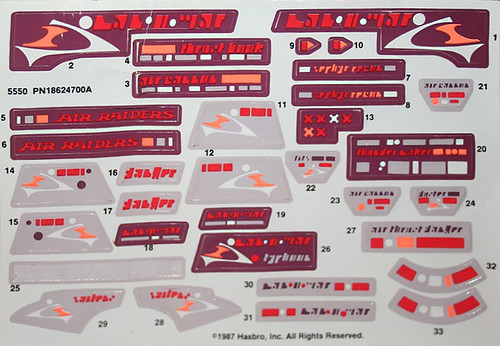 Yes, yes, I know; I’m still missing the Thunderhammer and the Storm Dagger. They’ve been really hard to track down but I hope to add them soon. Eventually I’ll get the Tyrants up as well. So far, I’ve managed to find the Hawkwind and Wind Seeker.