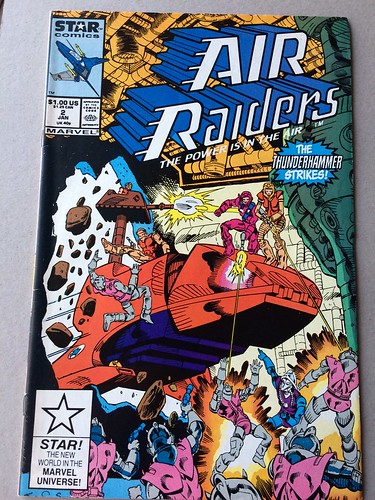 Great book, it opens up with a raid on an Air Refinery as the Air Raiders are once again seeking to hijack some air cargo ships. The story introduces Eeleta, daughter of Archion, the ruler that Aerozar deposed. She is smart, capable warrior and she and Rokk have an ulterior plan in addition to the cargo raid. She seeks to get captured so she can gather information on what happened to her father and other tactical info the Air Raiders could use against the Tyrants of Wind. The raid is successful and Eeleta is captured and taken to Airlandia City where she is treated civilly by Aerozar. She uses a mole in the palace to escape her room and finds Lelio, an advisor to Archion in the dungeons where she learns her father is alive! She successfully gets a trove of sensitive data on the Enforcer armies to Rokk but decides to go back to the palace to try and discover where her father is.

Here are some thoughts I had while reading the book:  The first appearance of the Air Refinery as it tries to repel an Air Raider assault! Notice that the Storm Dagger have guns that can shoot both forward and from the side. Damn toys can’t do that. 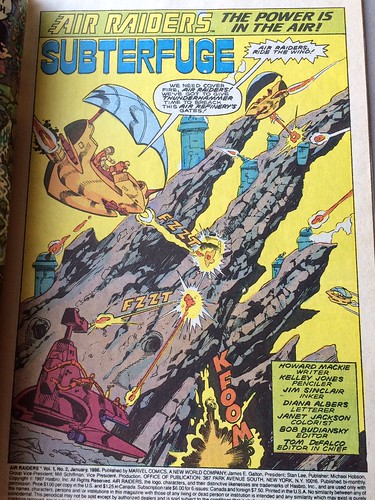 The Thunderhammer uses it’s battle ram to smash through the outer defenses of the Air Refinery! Notice on this panel and the cover that the rebels continue to fight hordes of Hawkwind officers. 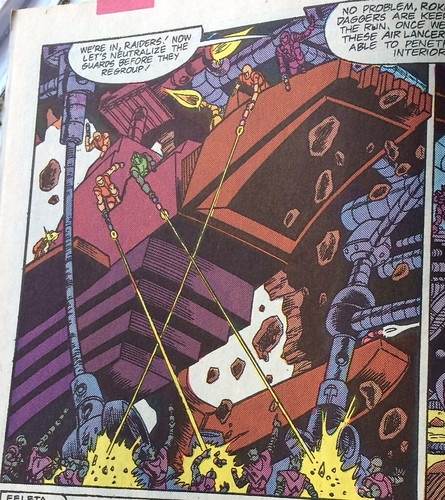 Eeleta in her cool battle suit. It’s definitely a change of pace from the usual reds, golds and oranges of the Air Raiders color palette. 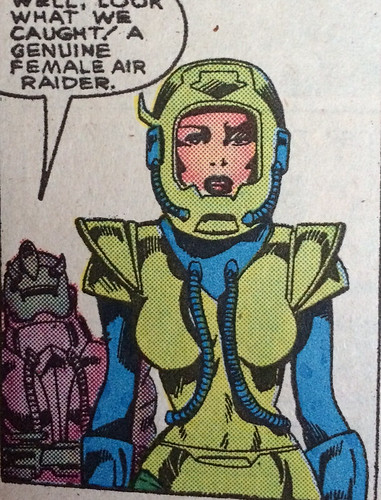 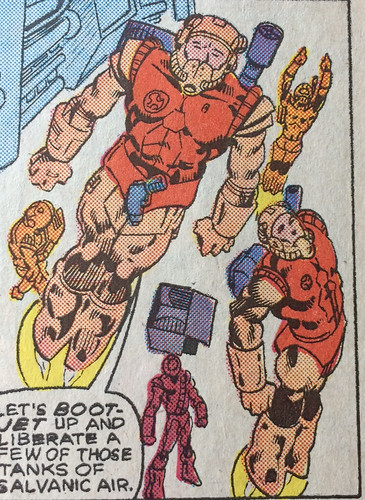 Another variation of the Enforcer air tanker although this one is a single tank. And yet, it has self-propulsion where as the larger one had to be towed. 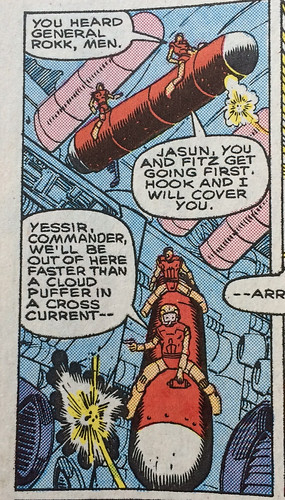 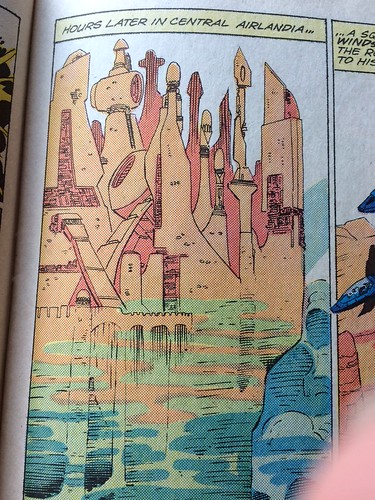 …and Aerozar’s castle as Eeleta is taken prisoner as a “guest” of the Emperor. The castle is pretty small compared to Sunder’s fortress in the first book.

The Petrified Forest! It actually looks more like a foggy series of buttes and rock spires rather than hardened trees. Still, it looks cool and, according to the comic, is surrounded by poisonous winds! I realize that poisonous winds are nothing to scoff at but when everyone in your enemy’s army wears a full spacesuit and mask; is that really a deterrent? 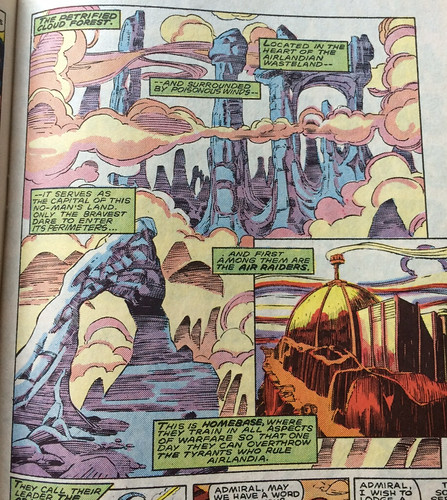 Another (sorta) vehicle sighting as Fury watches his men train on some sort of hover station. 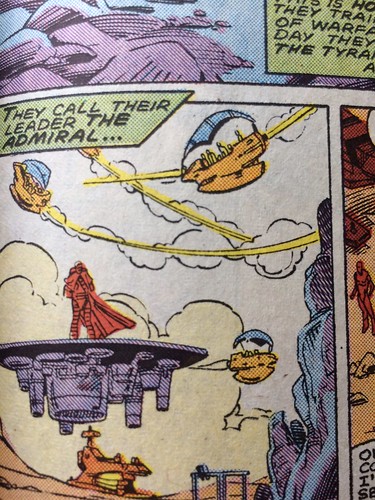 The introduction of Kala, Aerozar’s nasty daughter, who doesn’t care much for Eeleta! 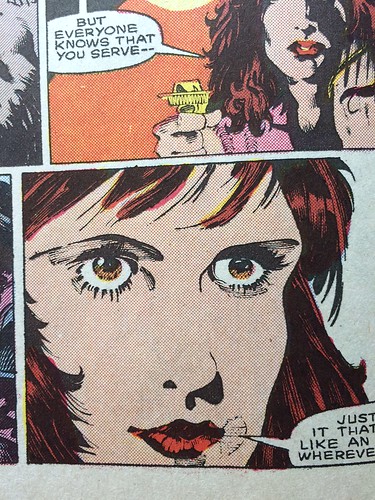 Four cool bits of Airlandia technology: hover furniture, air mattresses (literally!), float candles and air shackles. The hover furniture is self-explanatory and you can see Eeleta floating on her “mattress.” The hover candle is a floating sphere that glows and stays with a candlestick holder. The air shackles appear to be wrist cuffs that are held by air pressure? 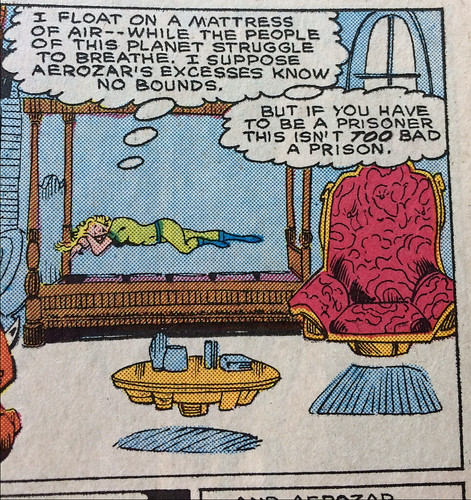 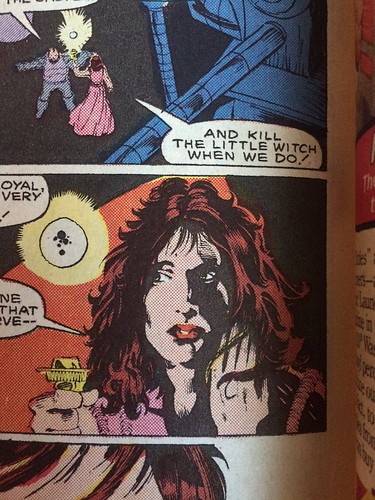 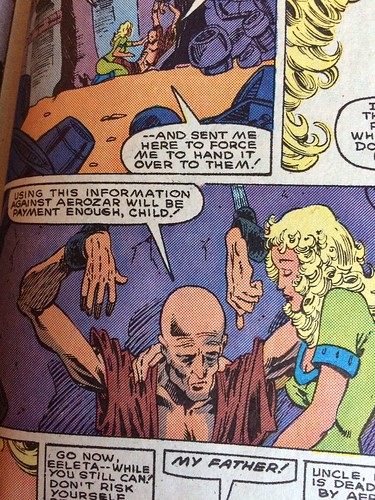 Eeleta escapes her room, using a pendant rigged to emit hypno gas! I wonder if this is the zombie gas mentioned in the box insert? 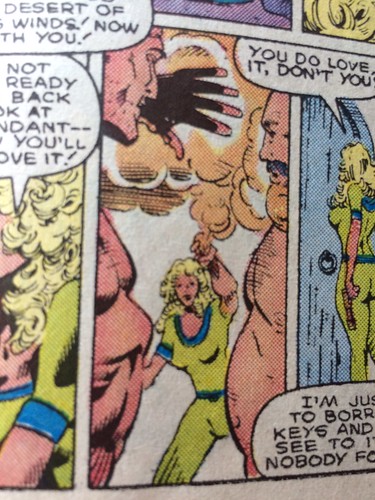 Eeleta gets the info to Rokk using a micro zephygram! 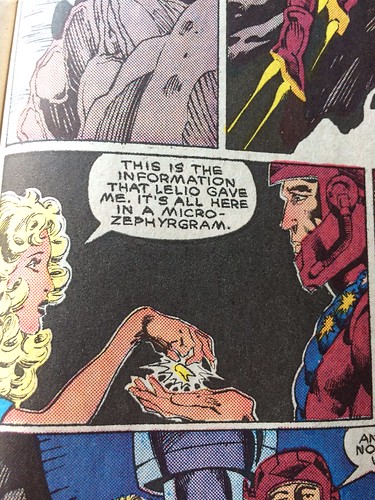 Two cool gun pictures below. I noticed that both sides used a ton of pistols in battle with the occasional rifle too. The drawings were too small or sketchy to get many details though. 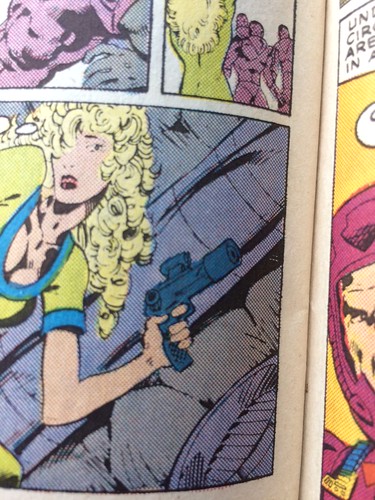 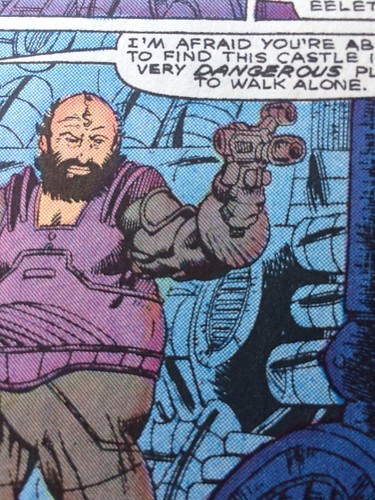 All in all, a fun issue that wasn’t full of holes like the last issue.