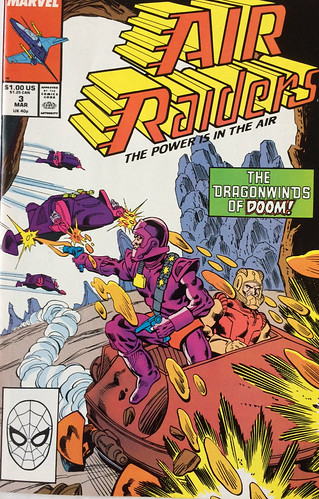 Summary: General Rokk and Admiral Fury prepare to use the information gathered by Eeleta to strike at the vulnerable air convoy of the Enforcers. Aerozar reveals to Eeleta that he’s aware of her plotting and that she’s been his pawn all along. He’s kept her father and former ruler, Archion, alive this whole thing to get a pledge of public support for his rule. Up until now, Archion has withstood any attempts to make him do this. Now at the festival of Airfest, Archion will be forced to give his support otherwise Eeleta will be executed. Meanwhile, the rebels hit the air convoy hard and pretty much wipe the floor with the bad guys. They arrive just in time to stop Aerozar’s plan and rescue Eeleta and Archion.

Some cool shots of Central Airlandia: 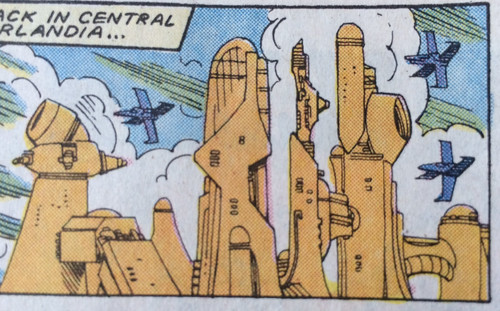 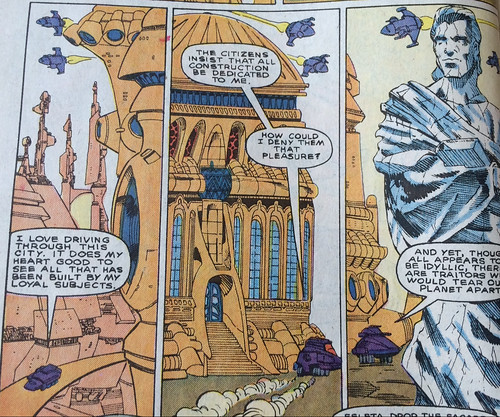 Rokk and Fury check out the info Eeleta sent on some cool holo-projector. 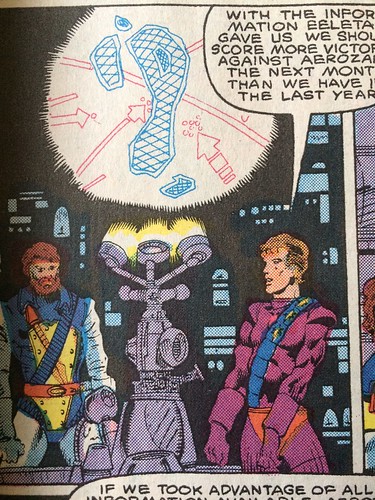 And then the Air Raiders rally their forces and ride into battle! 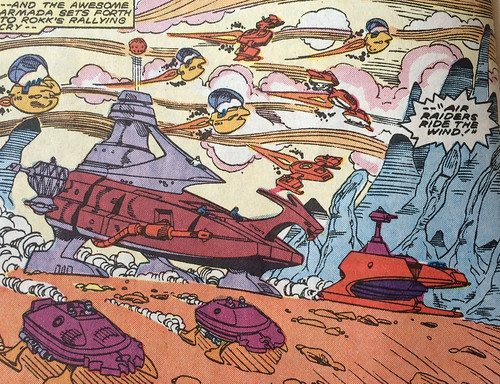 Here’s the coolest comic vehicle to date; some sort of tank/convoy truck to haul all their ill-gotten air from across the empire. That thing looks awesome! I think I’d try to build one from the Clone Wars Turbo Tank but it would need a ton of customizing, especially the front. It would also be about the size of a Man-O-War judging by the people in the driver’s seat. 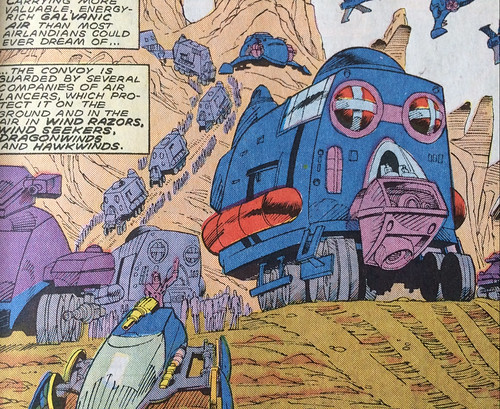 The festival of Airfgest and another shot of Central Airlandia. Check out the floating guard posts. I wish they went into details about what the point of the festival was. 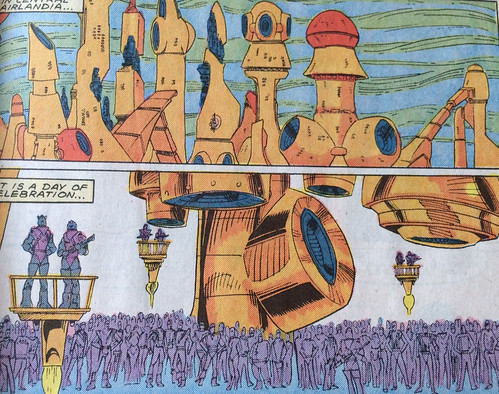 The first appearance of Archion, being menaced by Aerozar and Kronax (who still looks like Jolt).

The battle of the Air Convoy erupts as the Enforcer vehicles chase the rebels into some canyons. The Dragonwinds and Hawkwinds fly into battle, but the Thunderclaws, Wind Seekers and Wind Razors do not. They are apparently ground vehicles in the comics.

Some cool battle shots. The Twin Lightning shoots actual lightning from…somewhere. I guess in the comics, the front and back mounted rocket launchers are actually lightning bolt projectors. And the Thunderclaw rips open a Dragonwind! 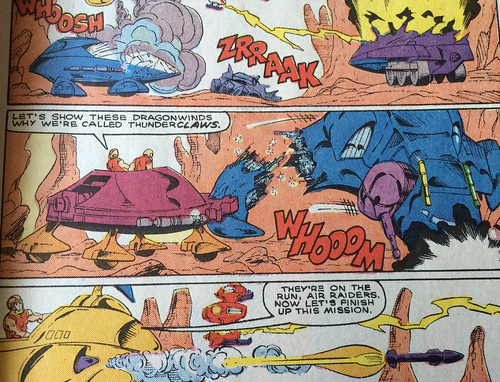 The commander of the convoy guard, who should be Kronax, is having a bad day. 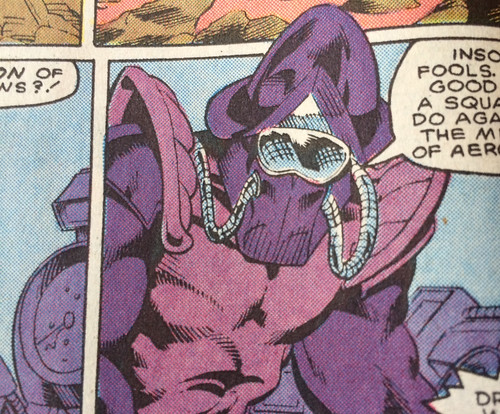 Air Raiders weapons in action! I like those rifles. 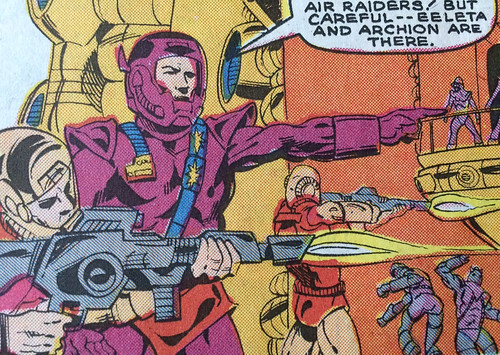 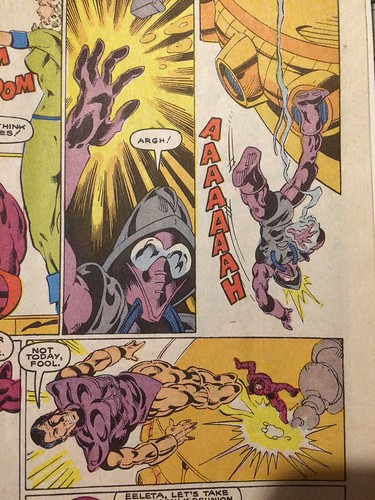 Good comic, fairly straightforward but I enjoyed seeing the big convoy tank. The action has a funny Saturday morning cartoon feel to it where the hapless villains can do no right and lose millions of dollars worth of equipment every episode.