In 1987, Hasbro had an offer for kids; get your $6.00 (and $1.50 in shipping) together along with your parent’s signatures and YOU can be the proud owner of the Air Raiders Survival Kit! The Survival Kit came with two special figures (Emperor Aerozar and Baron Jolt), a map of the planet Airlandia, a glider, and a pack of extra of 24 missiles for both factions. 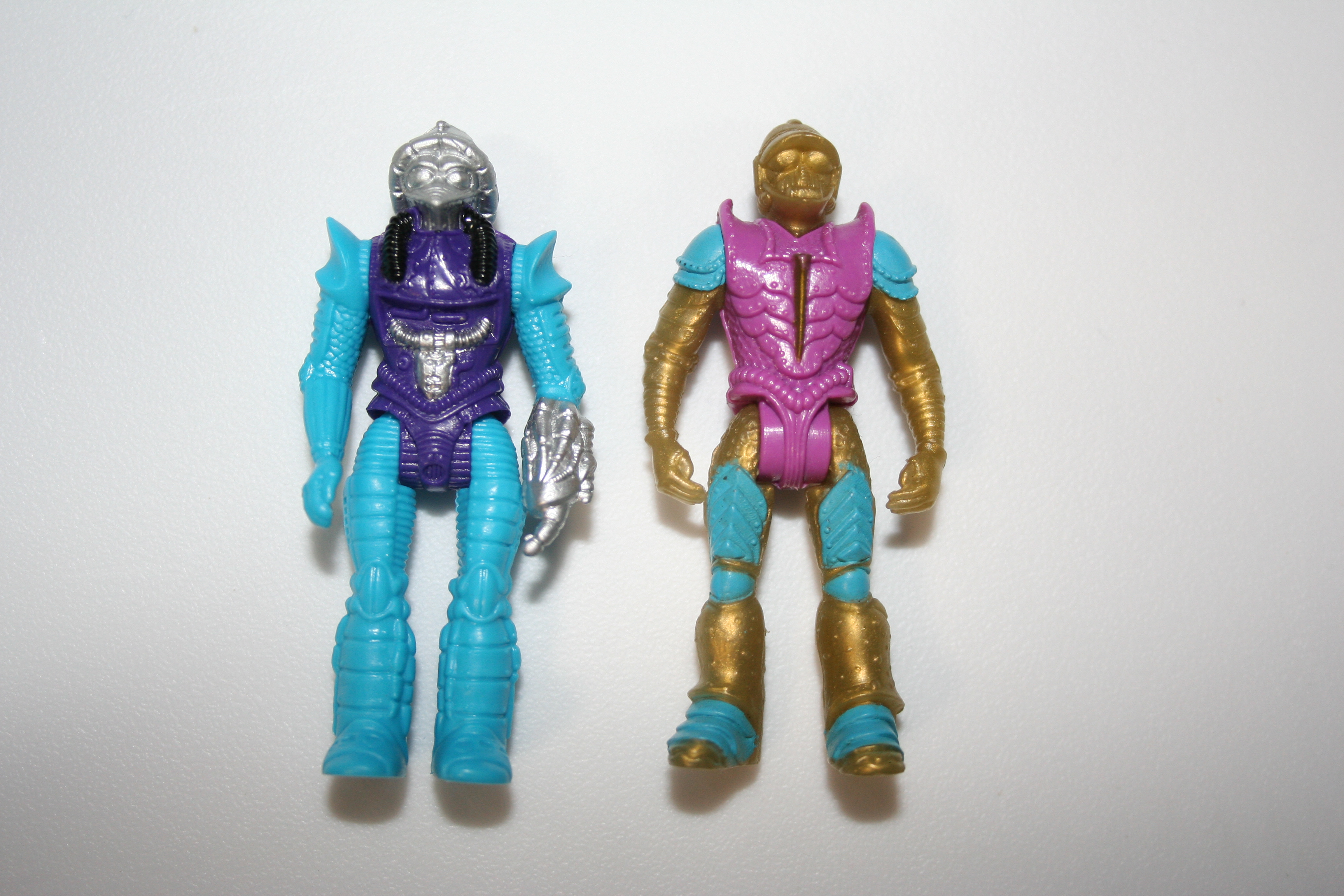 The vile Emperor Aerozar, leader of the Tyrants of Wind, and his sinister cohort, Baron Jolt, want YOU to help them command the Tyrants’ forces and attack the heroic Air Raiders. They’ll supply you with 24 air-powered missiles and a flying air-launch glider to insure victory! There’s even an awesome, full-color 18″ x 24″ Relief Map of Airlandia to help you plan your strategy. And all for $6.00 (plus $1.50 postage and handling). Remember, Emperor Aerozar, Baron Jolt, their battle accessories and the Airlandia Relief Map are available ONLY though this offer and can’t be purchased in any store. So order now and let the battle begin!

The mail-away offer was a 5.5″x8.5″ glossy sheet of paper with one side telling the kids about a special offer for the Emperor, Baron Jolt and all the accessories. An interesting oddity to point out is that instead of using the art space to really push the cool looking figures charging into combat or something; they have an illustration of several toy vehicles in the middle of combat which have nothing to do with the offer. There is however a strange cigar box full of missiles (with the logo?) awkwardly placed in the background. I like how they made the illustrations look like old, crumpled bits of paper. It’s a nice touch. 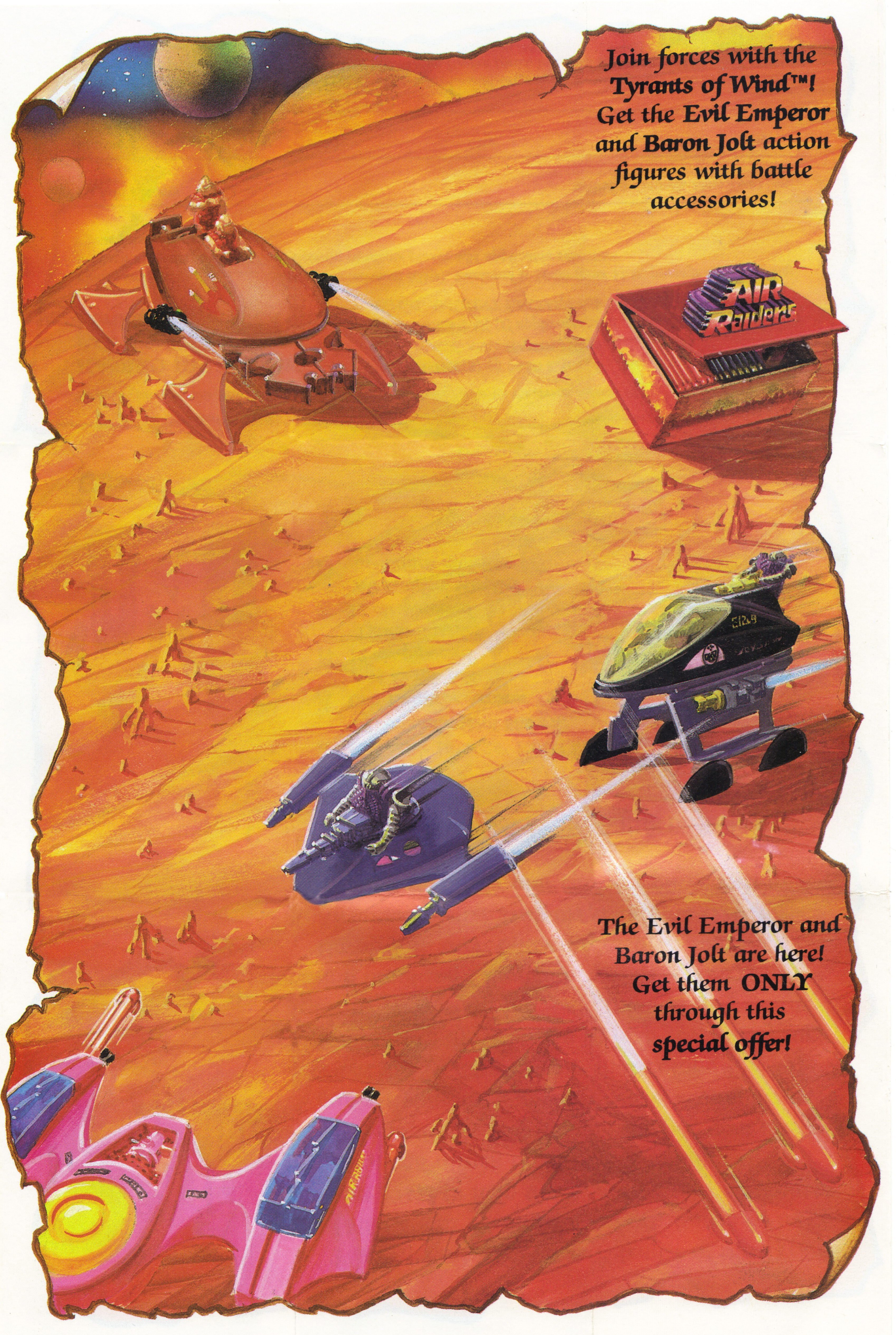 The other side is the actual information behind the offer. Here we find another illustration that does show each of the accessories featured in the kit as wella s the form to fill out and send back. 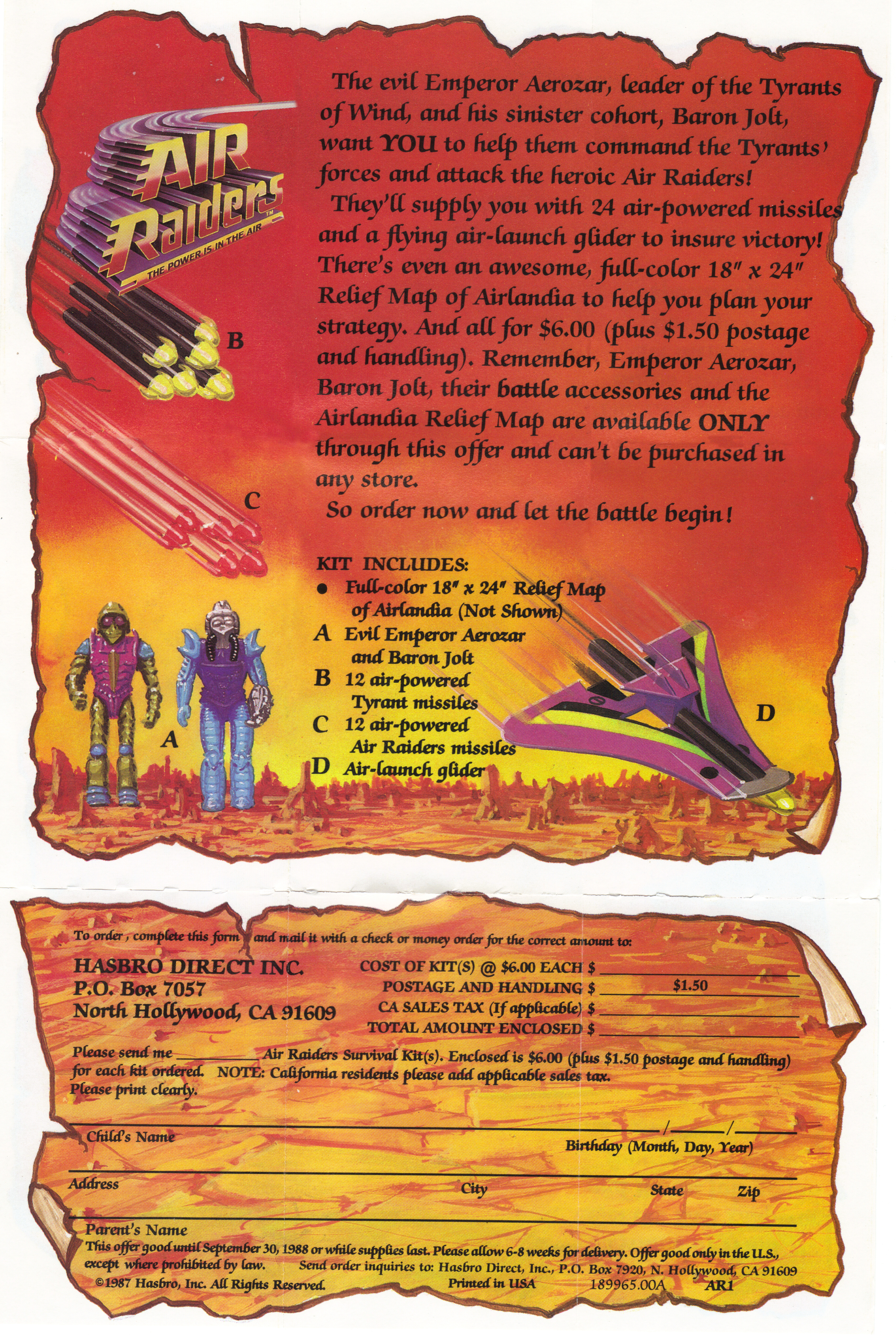 Some other thoughts of mine: