Years ago, Bill Merklein, a sculptor who is well-known for all the work he did on GI Joe, sold off all (or most) of the toy-related stuff he had worked on over the years. There were a lot of sketches of various GI Joe characters but buried in the mix were a couple other gems.

First is a sketch of Commander Airlocke, the Twin Lightning officer and pilot, created by Ron Rudat, also famous for his work on GI Joe. He’s labeled as “Good Guy Pilot.” Airlocke seems to be wearing armor that looks like it’s leather or padded. He’s got some sharp-looking shoulder pads that don’t make it to the figure model. And look at the size of his boots! What’s interesting is that you can see the peg indent on his right foot so that design concept goes back pretty early because the sketch is dated May 28, 1986.

I’m not sure what the second picture is. Obviously it’s a picture of Airlocke’s sculpted figure. What I’m not sure of is if it’s some sort of mold or the final sculpt of what went into production. I’m also curious if Mr. Merklein was selling just a photo of the sculpt or the original sculpt itself.

(For those who might be concerned about the “Do Not Copy” watermark, I did find the owners of these photos to ask permission.) 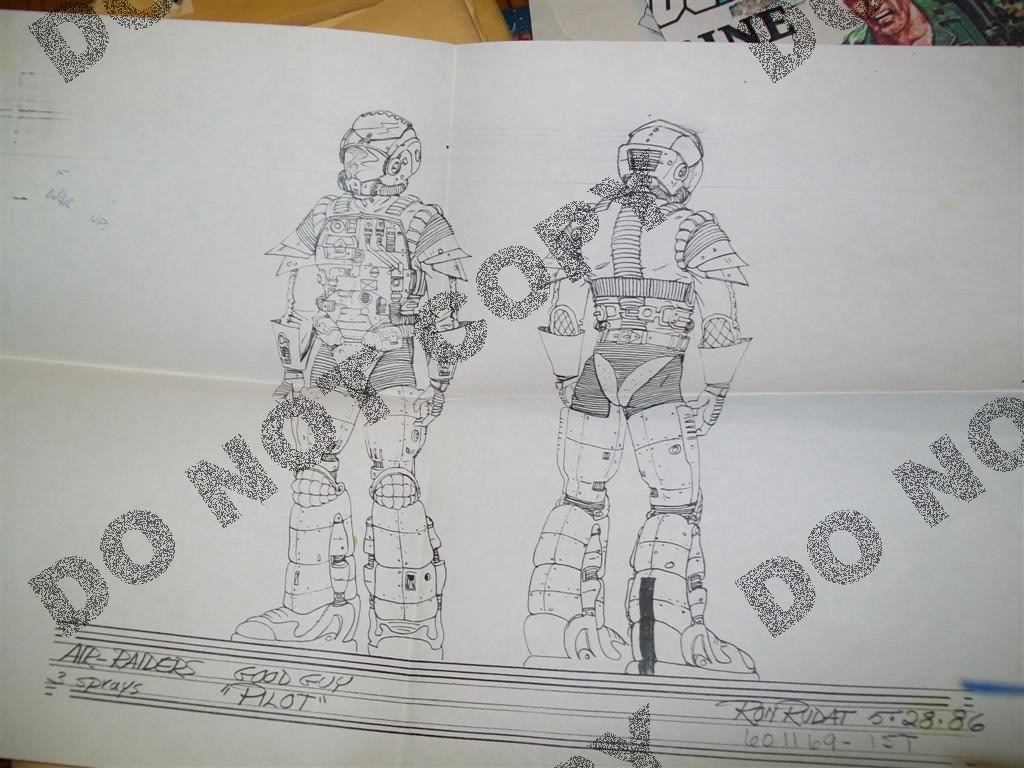 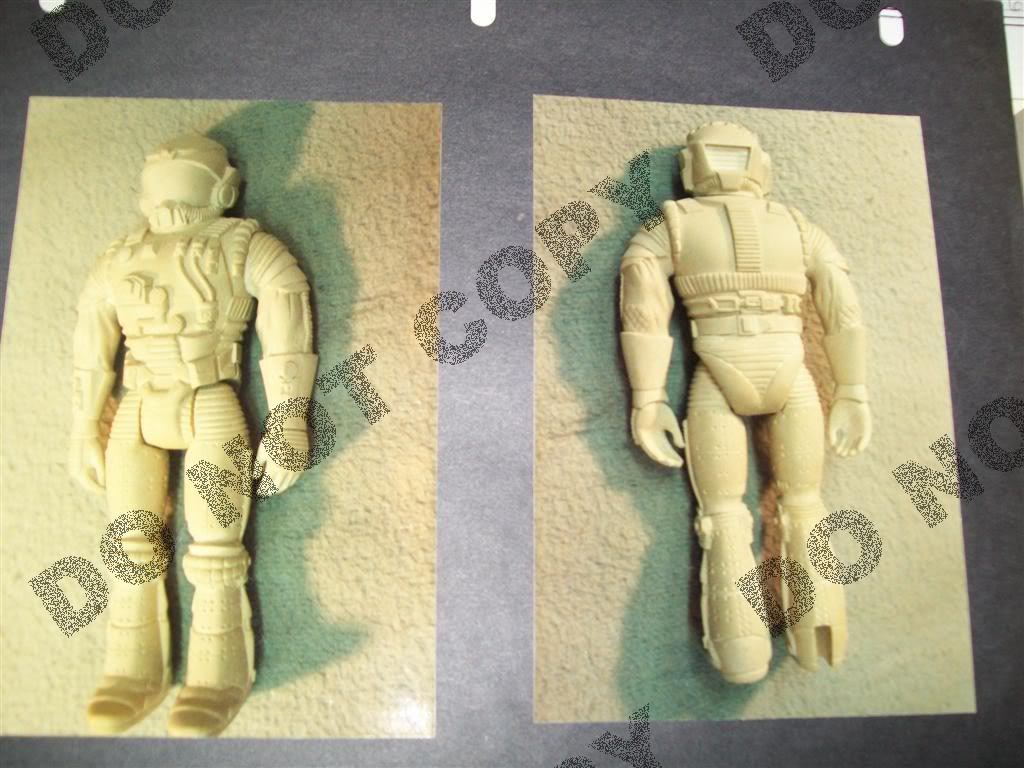