So the last post talked about how Steve Reiss created Air Raiders back when he was the Hasbro Senior Design Director for Boys Toys. Here I will share the actual concept he came up with in the pitch to management.

On a Hasbro Industries, Inc., Product Idea Form (see below), dated November 21, 1985, Steve and Greg Rogers submitted the first ideas for Air Raiders, or as he called it then, Airmasters. Greg Rogers was a designer in Steve’s department that he was showing the ropes on how to submit proposals like this. Greg ultimately left Hasbro and did not have anything to do the Air Raiders.

The description is as follows:

I’m assuming play PCs refers to player characters, maybe? Many of these air-powered traits eventually ended up in some form with various AR toys like the Dragonwind, Man-O-War and Wind Reaper although there were no air-powered elevators to my knowledge. It’s always possible the Air Refinery had one. Another interesting note is that this proposal is almost two years before the actual release date (August/September 1987) so you see how long it took them to go through the whole process. 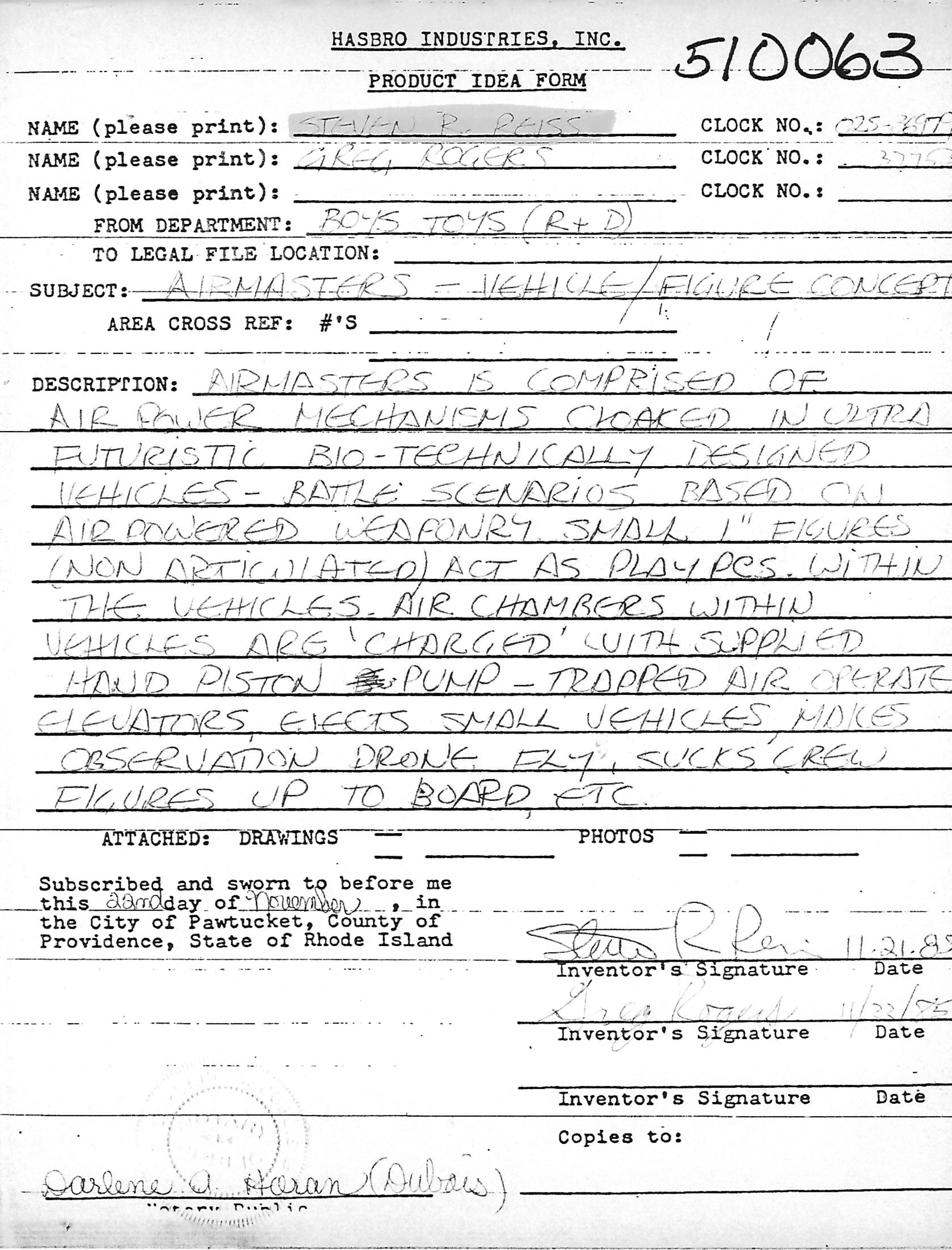