Big thanks to replicant01 who noticed some interesting details on an ebay auction recently. A seller by the name of stuff_4_a_steal had a lot of Air Raider vehicles, some with their original boxes. Included in that lot were three of the Battle Chargers, the Wind Razor, the Wind Seeker and the Thunderclaw. 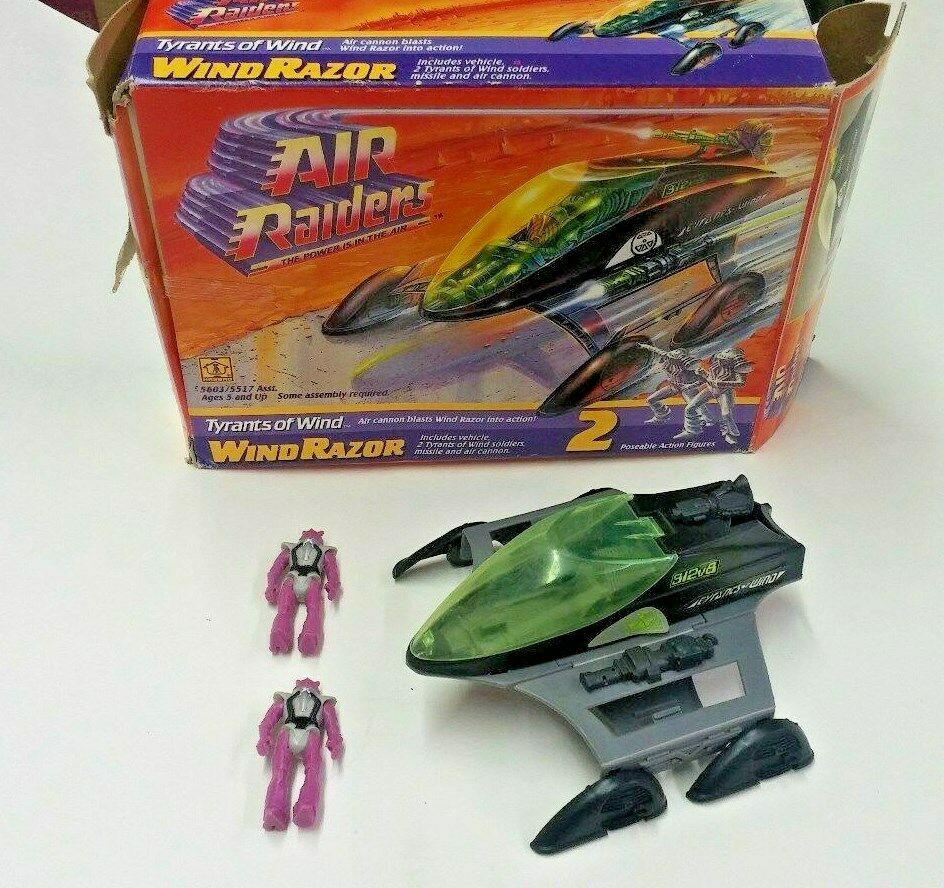 Curious about this strange lot, I reached out to the seller and asked about the different colors. It turns out he was a former Hasbro employee who worked on injection molding, assembly, modeling R&D and a bunch of other cool stuff.
His response:

Sharp eyes. I got these from the factory while I worked at Hasbro and it is very likely they are test pieces like a lot of other items I’ve had from my time there. 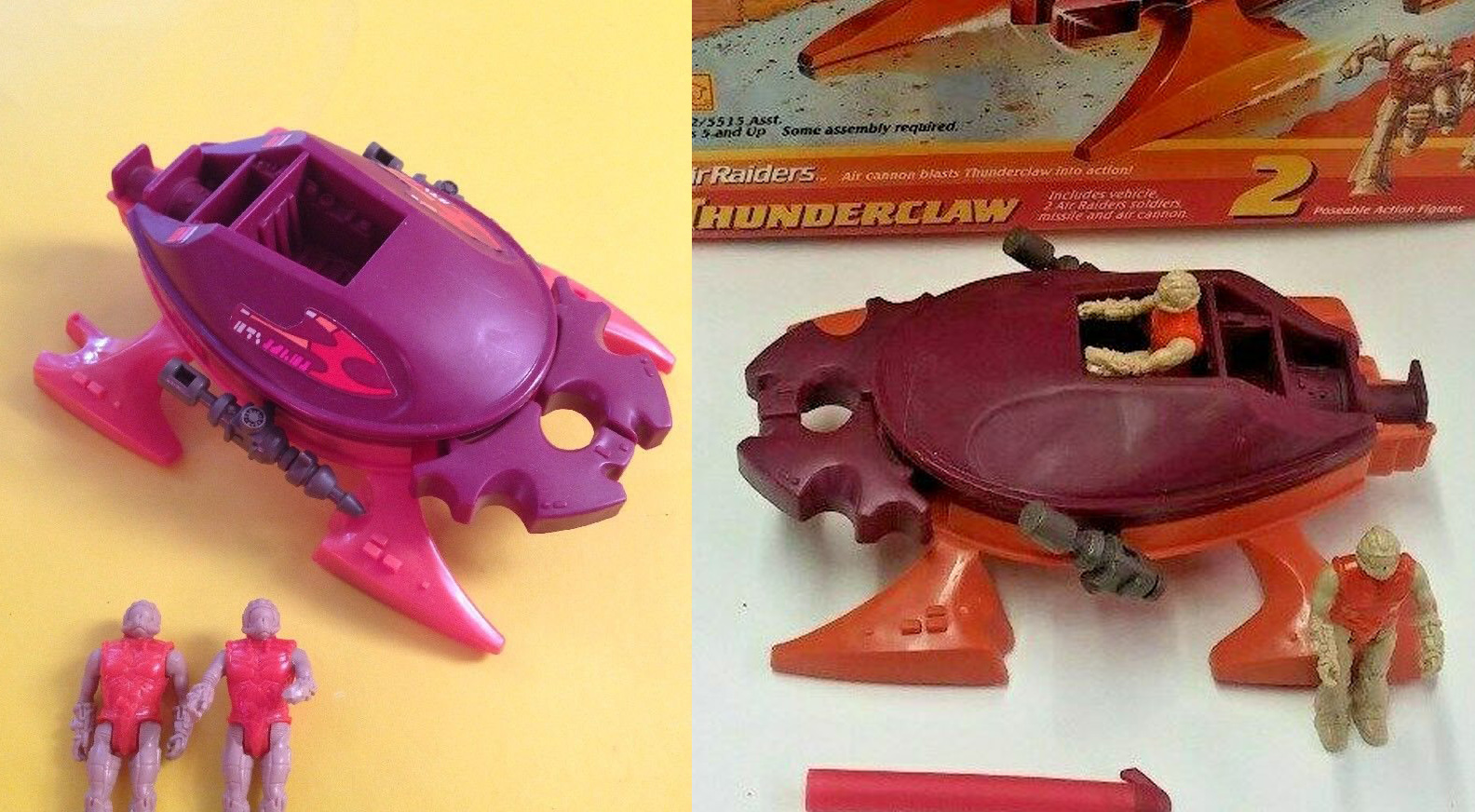 I asked what the purpose of these test were.

Generally there were many stages from mock ups to finished with numerous subtle differences. Plastic color differences likely came from using whatever stock was available in the injection molding machine when they were running tests pieces. I had a lot of G.I. Joe pieces like that. Also some would be made up for toy fairs of salesman pieces that would be altered by the time they hit mass production. Sometimes they simply changed their minds on a color by production time and the original color may still appear on the box art, but never make it out to the shelves.

Cool information, the part about salesmen needing samples to take on the road makes a lot of sense. Anyways, somebody got a nice piece of Air Raider history with their purchase. I hope they realize it and take care of them.

And I hope you enjoyed this! 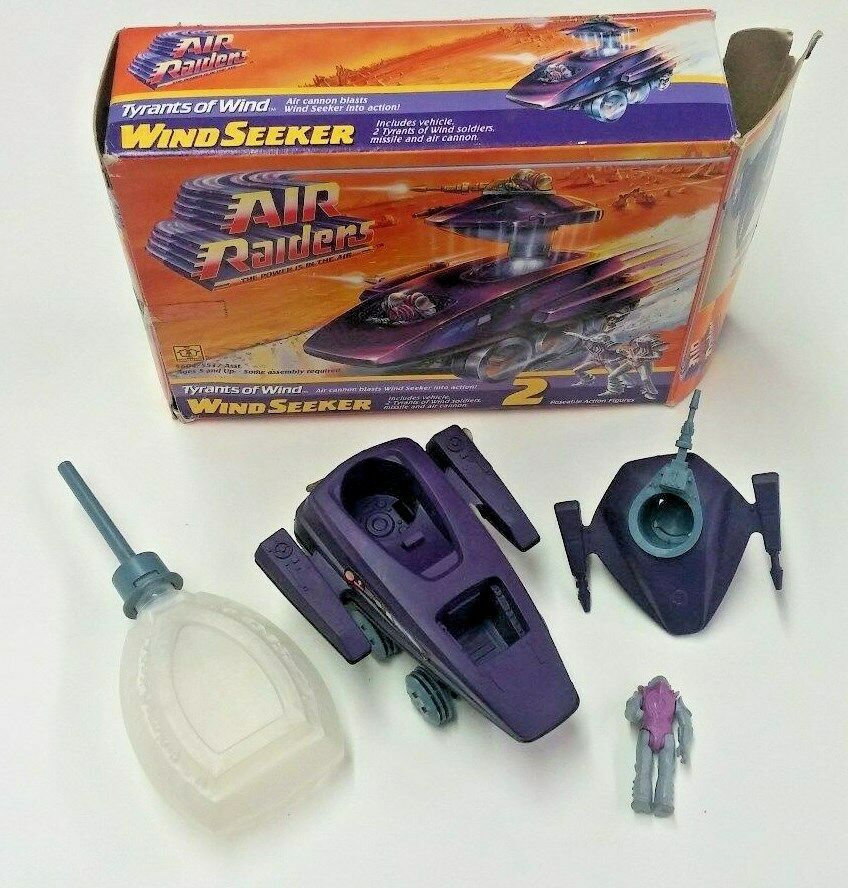