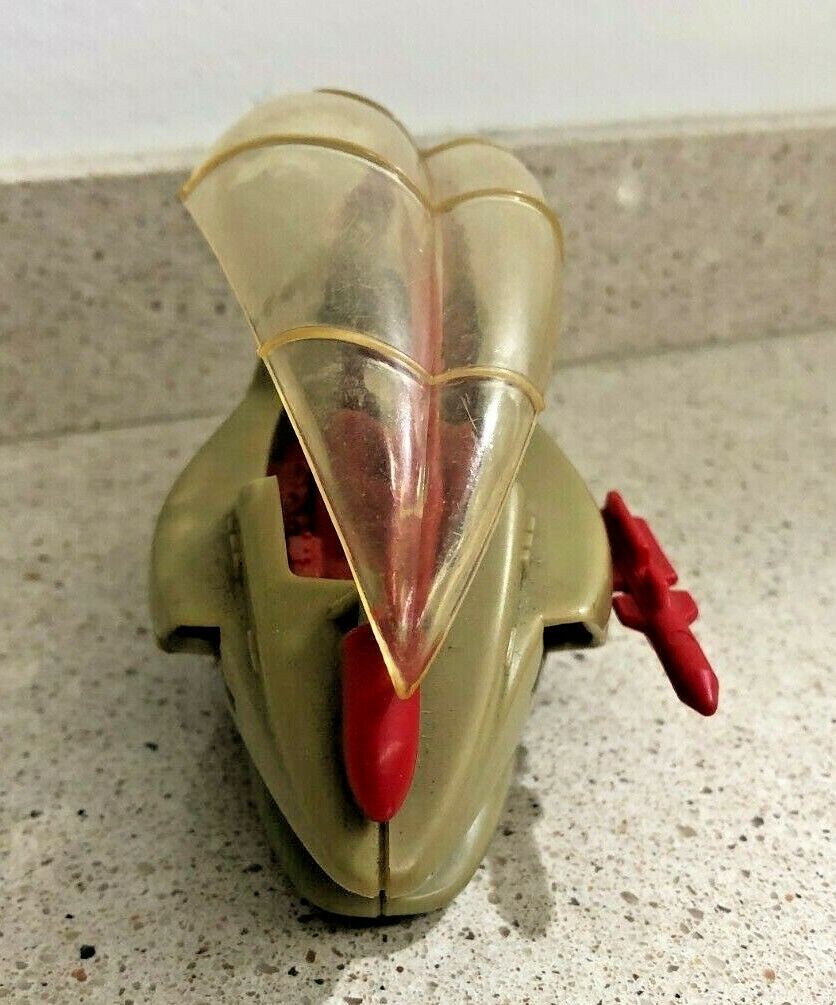 A while back, we had a post showing recent ebay listings of Air Raider vehicles. Each vehicle had various pieces with different plastic colors. The seller, a former Hasbro employee, said the different plastics were made for salesman to use on the road or were older prototypes that just simply switched colors.We also saw an example of this with an Tyrant Enforcer (see here).

Anyways, a new ebay post showed up, this time for a Storm Dagger.

THIS SHIP HAS DIFFERENT COLOURS THAN ALL OTHERS.

IN PORTUGAL THERE IS A CITY NAMED “LEIRIA” THAT IS WELL KNOWN BY THE PLASTIC MOLDS, AND SEVERAL BRANDS MADE THEIR MOLDS IN HERE AND AFTER GETTING THE MOLDS THEY COULD MAKE THE MODELS EVERYWHERE, LIKE  CHINA OR OTHER PLACE…THIS MODEL HAS STRANGE COLOURS. IT WAS BOUGHT IN “LEIRIA”.

I DON´T KNOW IF THIS ONE IS THE ONLY ONE MADE WITH THESE COLOURS, BUT IT SEEMS THAT NOBODY SAW ANOTHER ONE LIKE THIS.

This Storm Dagger skipped the gold and maroon coloring and has a bright red for it’s interior and weapons while the main body is a sand color. Even the skysail looks like it was produced from a different clear plastic.

It’s interesting that the seller mentions that the city of Leiria in Portugal is known for working with plastic toys. A quick search shows that they made Bakelite toys dating back to the ’30s. The origins of the industry seems to stem from Portuguese glassware artisans applying their natural skills to mold making for injection molds. 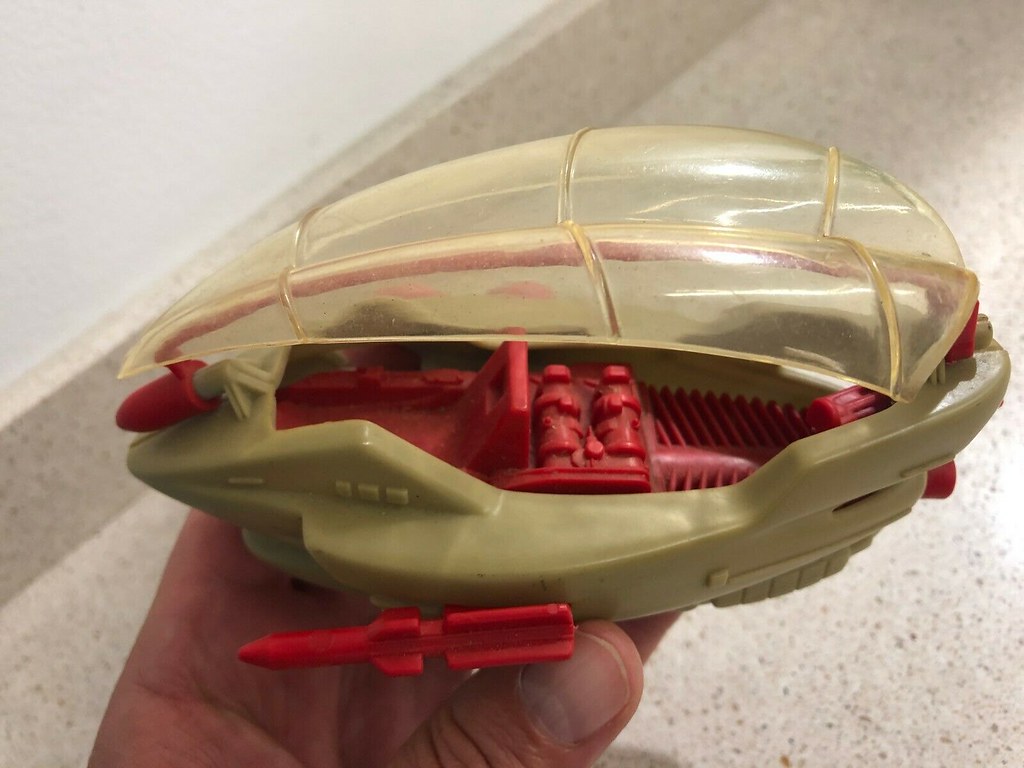 I gave a look at some of my Storm Daggers and some of the other Battle Chasers and none of them had distinctive markings aside from serial numbers. Unfortunately it’s on the inside of the vehicle so we can’t tell but it would be fun to know if this was a an actual prototype or the first Air Raider KO I’ve ever seen!

One thought on “Storm Dagger Prototype!”