Ugh, I hate when something slips by me on ebay. I’ve been on the lookout for an Air Raiders coloring book that I’ve seen posted on Pinterest. It’s titled “Inside Airlandia” and has a drawing of the Thunderhammer on the cover. I get a kick out of the fact it’s launching a missile from the undercarriage rack. And where are those leaves growing from in this desert wasteland?

Anyways, one slipped by last week as I wasn’t really checking out the lots too much. Granted, it looks like half the pages were colored so it wasn’t a great find but the price was right ($1). The seller did post one shot of the interior although I wish there had been a few more. Oh well, next time! 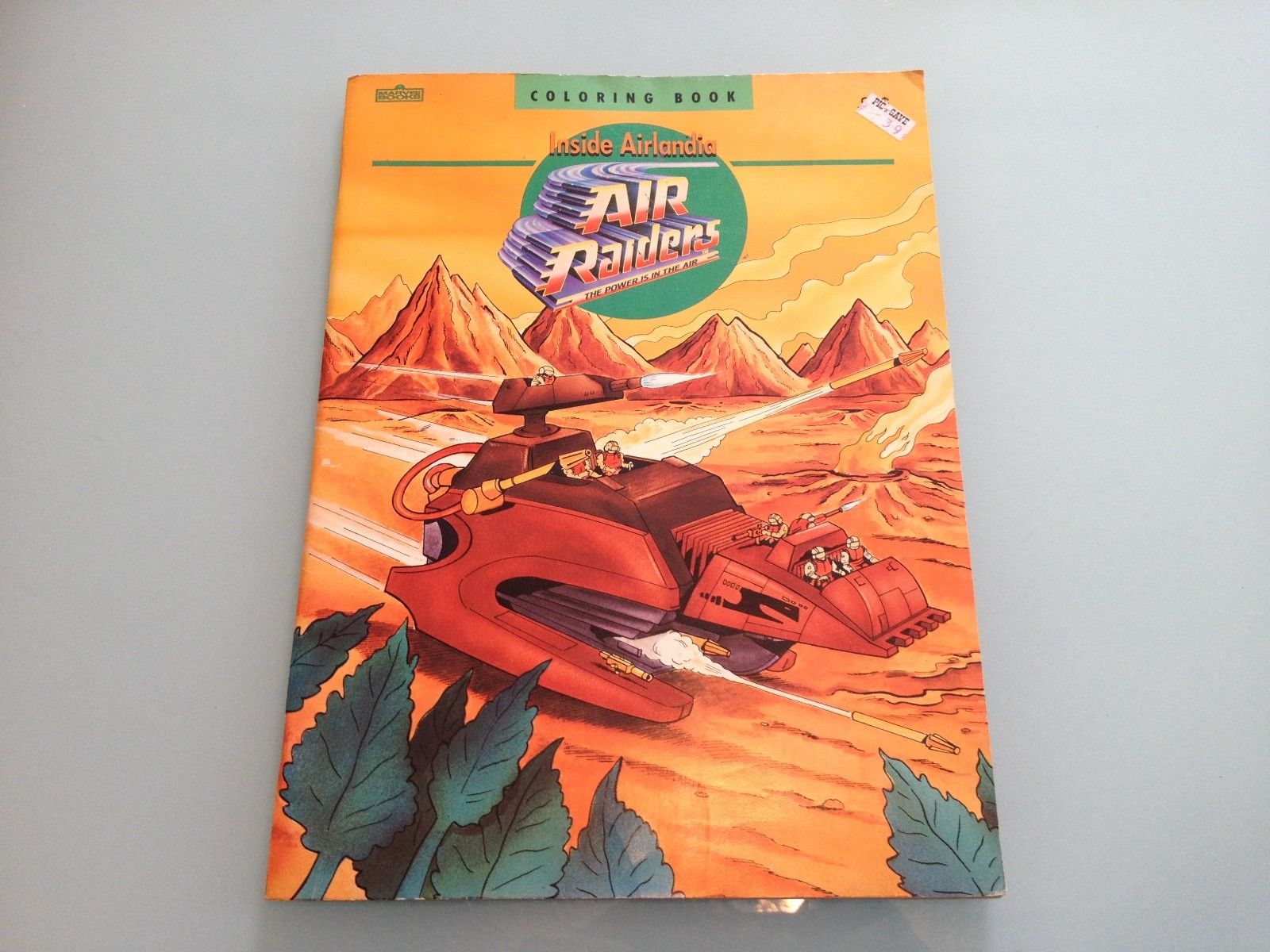 Cool shot of Admiral Fury on the right and a flying Man-O-War on the left? 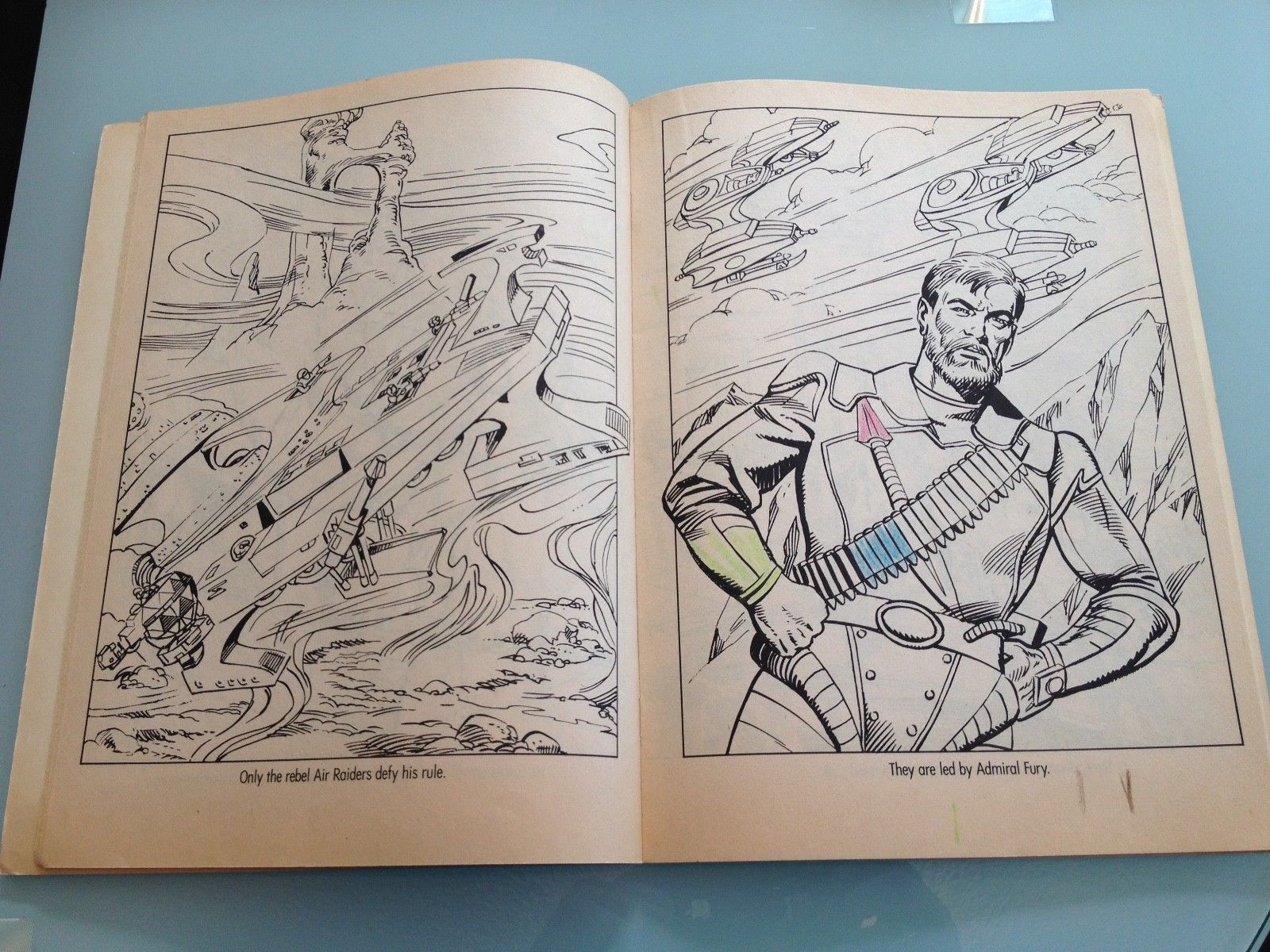 On the plus side, I did notice the other book I”m missing on ebay too. I’ve never seen the Dragonwind cover before so now I know what to keep an eye out for. I’m passing on this one because I don’t feel like spending $30+ for it.

In the foreground, I assume that’s Lieutenant Noble on the left but I have no idea who’s on the right. The coloring is really off on those guys. No interior shots unfortunately. 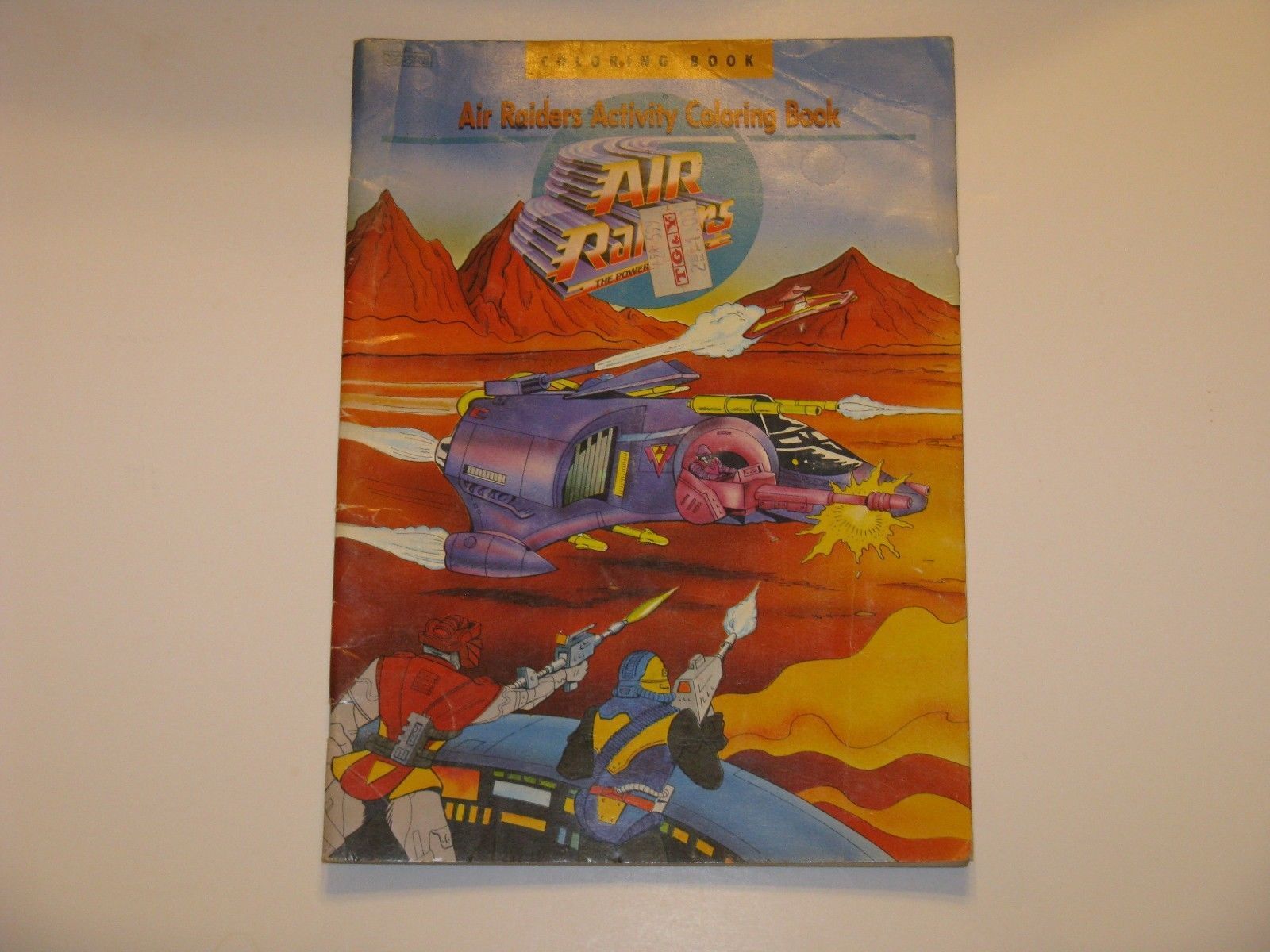 I’m hoping to scan and post the pages of the books I do own at some point so keep an eye out. The artwork is not stellar but it’s still interesting to see where they were trying to go with some of the characters and background.