This is not Air Raiders news but I’m posting it for two reasons. One, these toys are in the same scale as Air Raiders so they would be a fun addition to your collection, and two, it is interesting to see how far toy production has come, especially now that 3D printers are here.

Introducing Tecco Toys, a small outfit out of Germany that will be doing some cool mech toys in the near future. They haven’t written much yet on their plans but they do say:

This is our first toy line and we want to share the development process. The theme is a mecha sci-fi world in which large mech walkers are the main mode of transportation. Prototyping started with the pilot figures, the first one being the space mech pilot. The first mech walker prototypes will follow soon! We will develop several different figures and mechs into functional prototypes before starting a crowd funding campaign in order to allow the commercial production of this toy line.

As they said, it started with the pilots, both male and female. These remind me of the ’60s Apollo astronauts, especially with the headgear. The details are amazing and there’s a lot more articulation than the Air Raider figures. In addition, these guys have accessories! The extra gear includes a helmet, backpack, hand scanner and laser rifle. The rifle and scanner can be attached to the backpack or thighs. Wow, so cool! 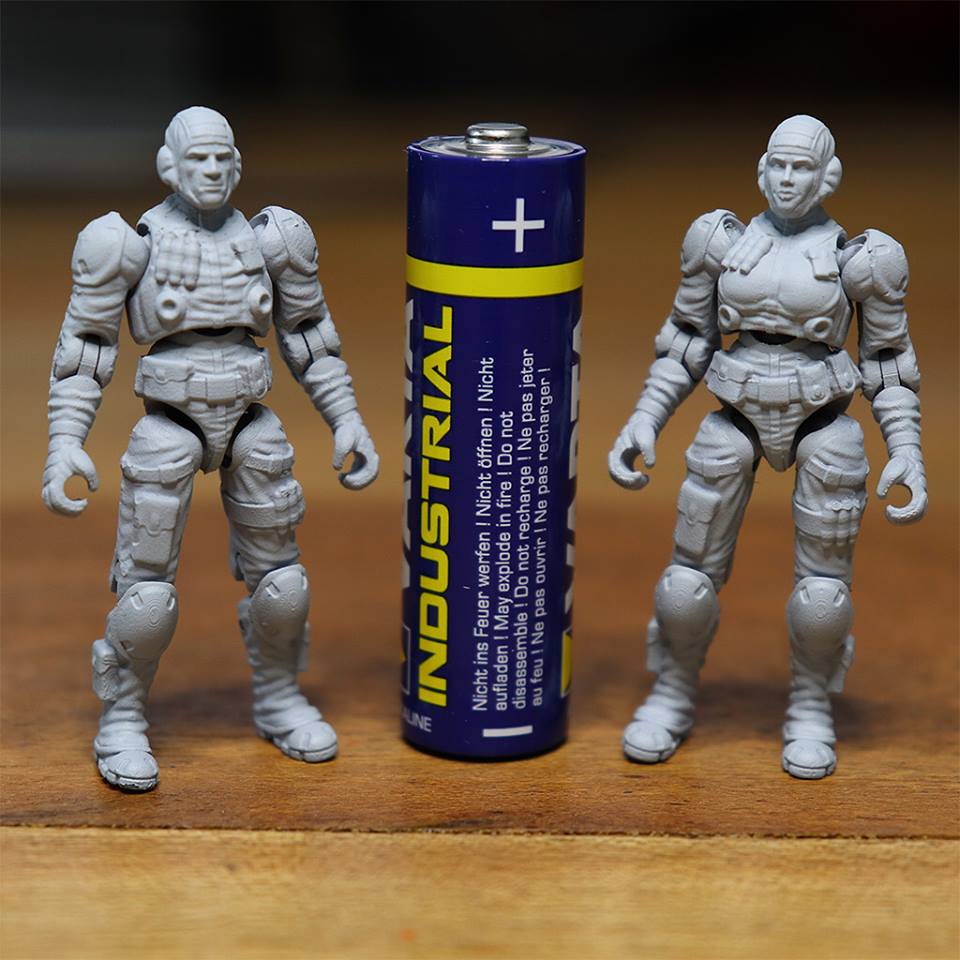 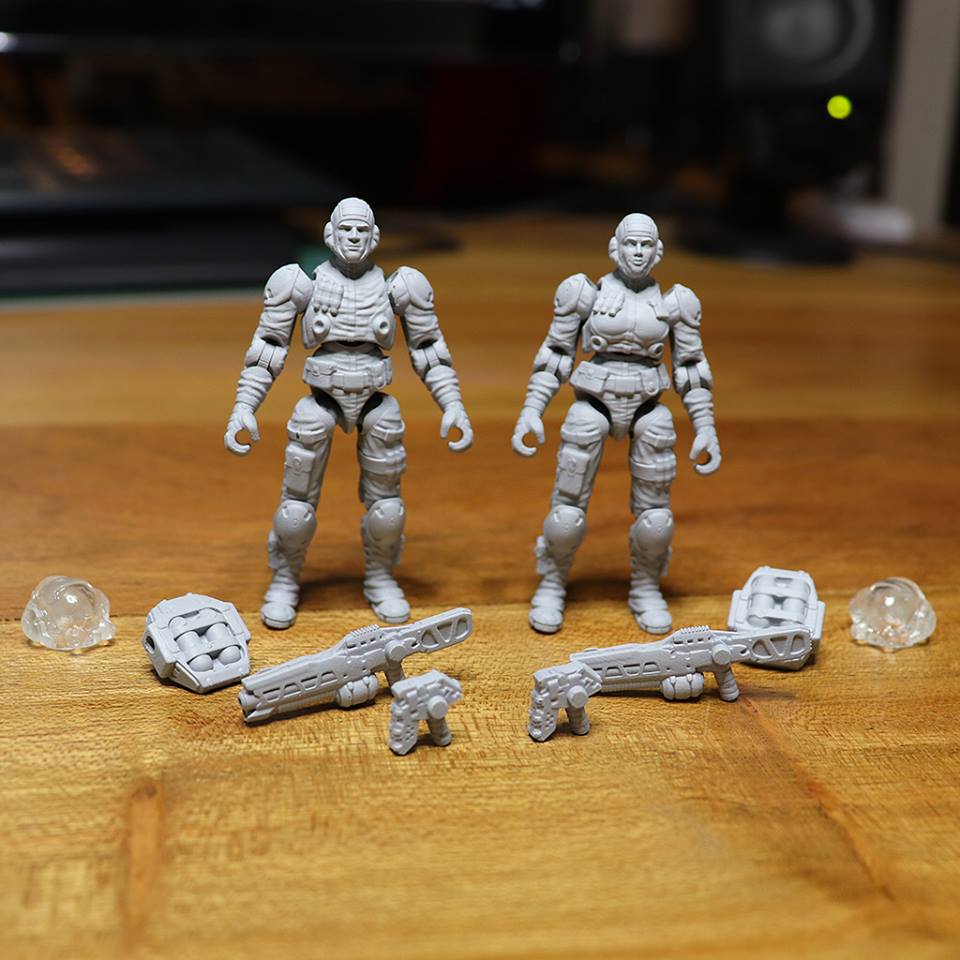 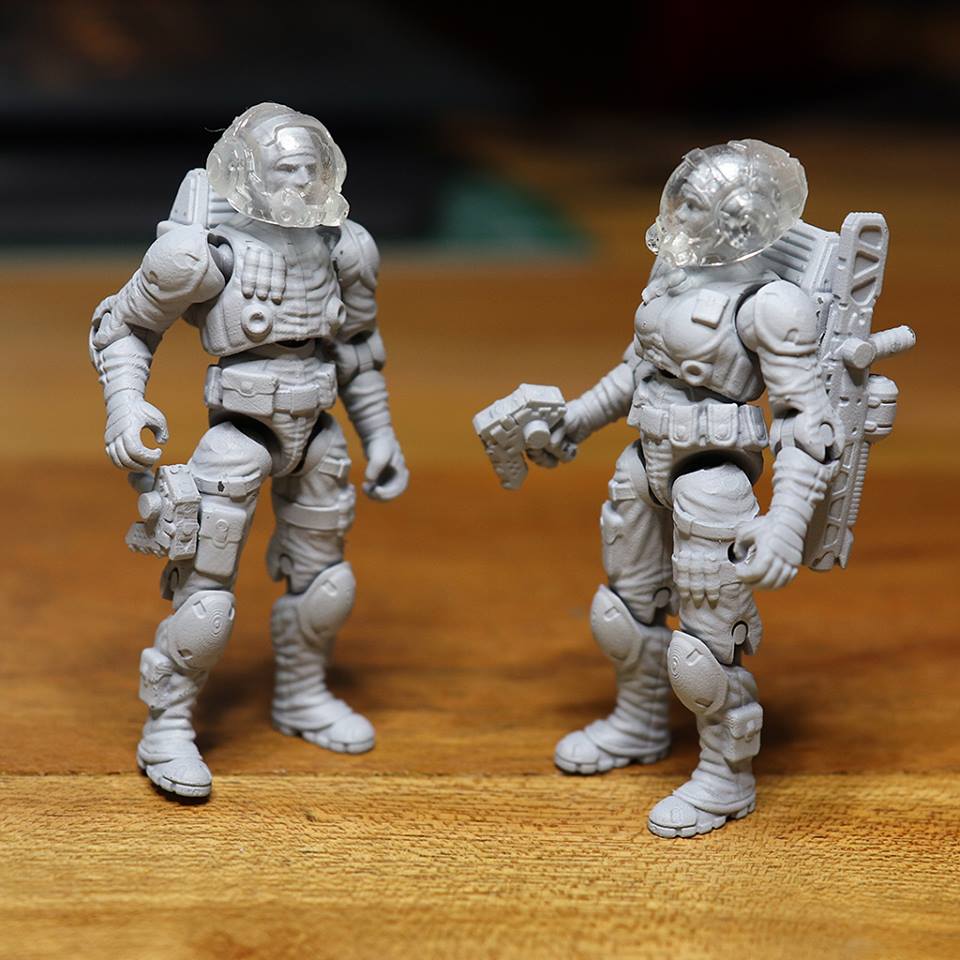 Next up is the FT-B01 (Fat-Boy), a light utility mech. I’m not sure if this will eventually be for sale or if this was just a test run for the actual heavy mech model that they’re working on. I know they do end up using the leg and arm designs for the next project. 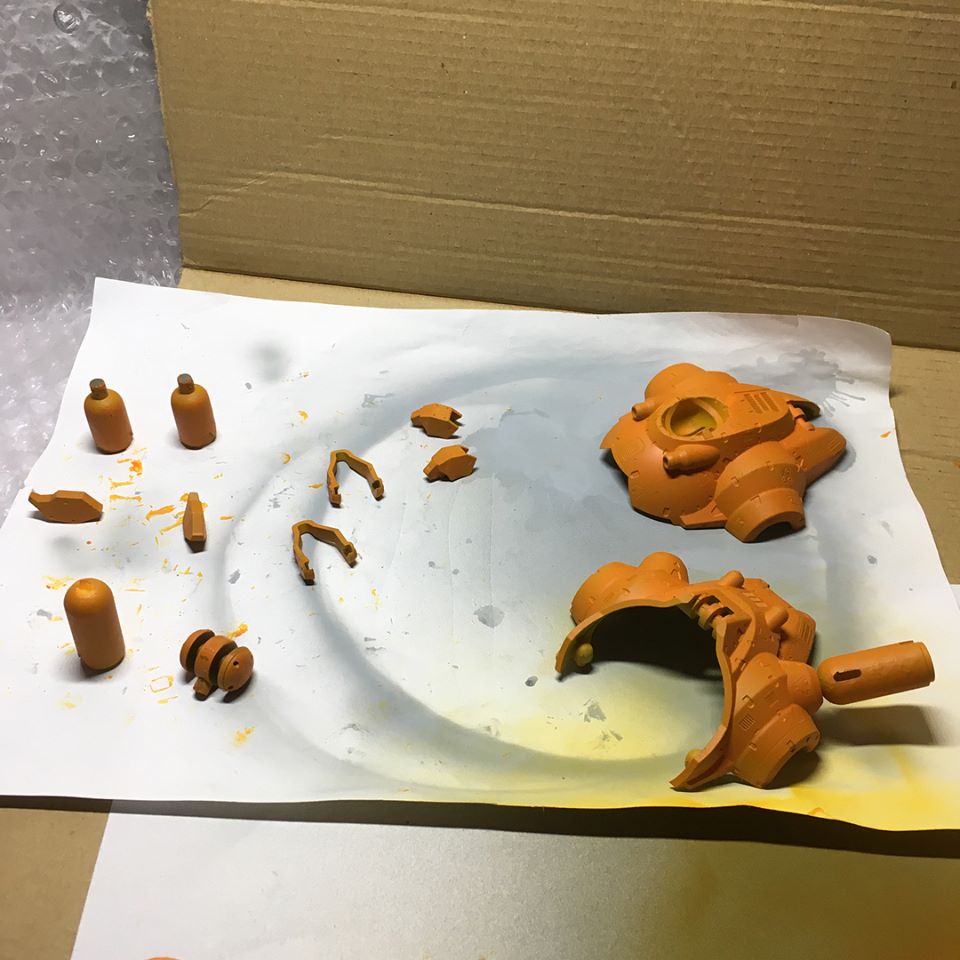 As you can see, there’s a lot of articulation going on with this. 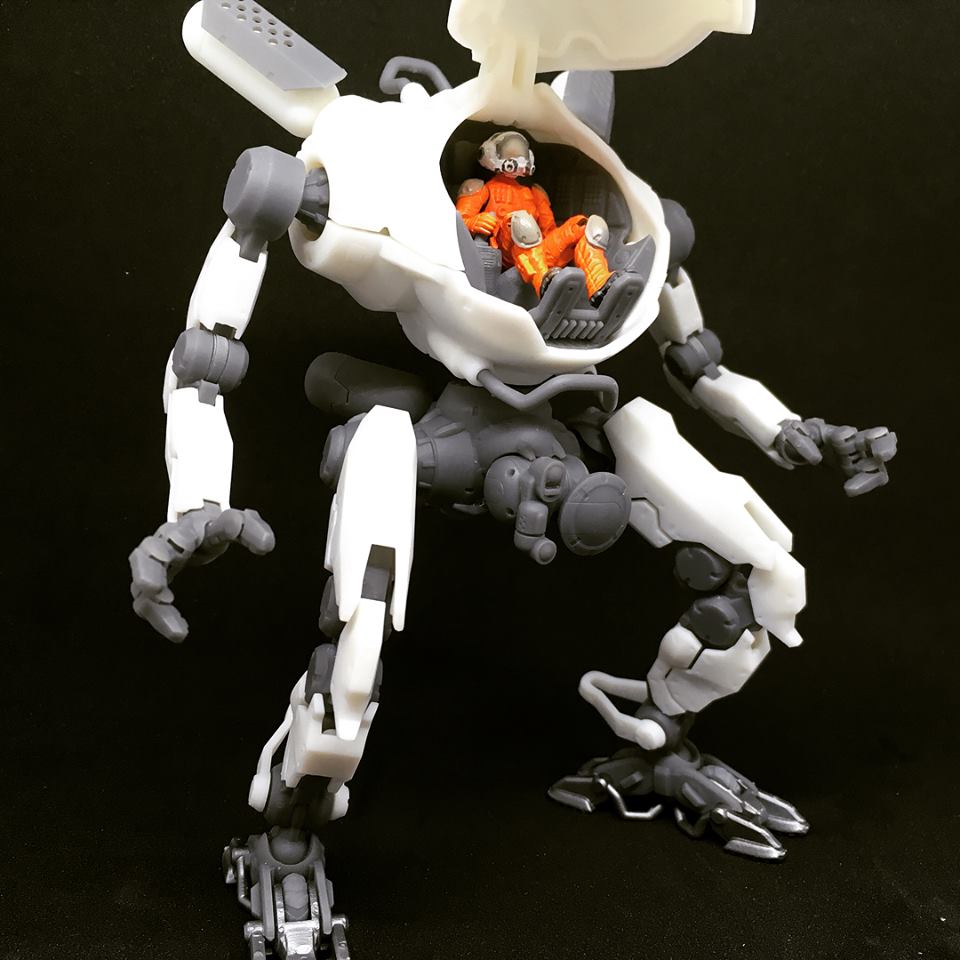 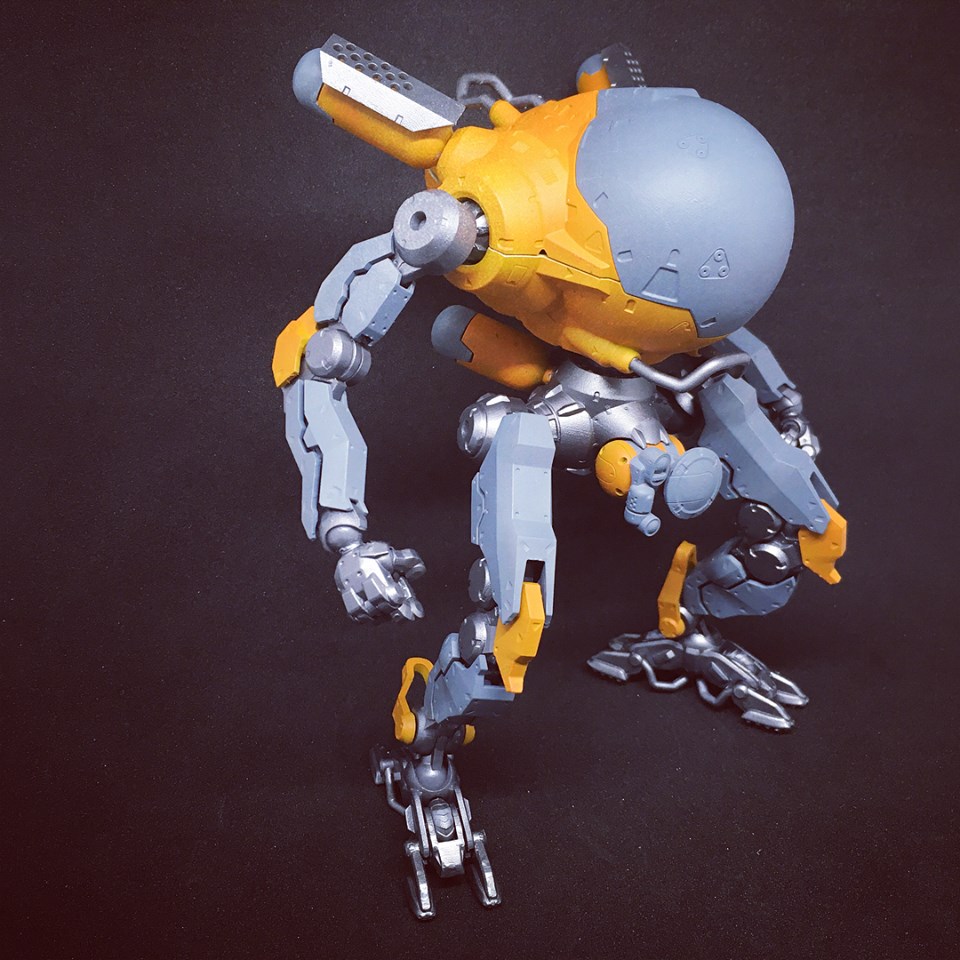 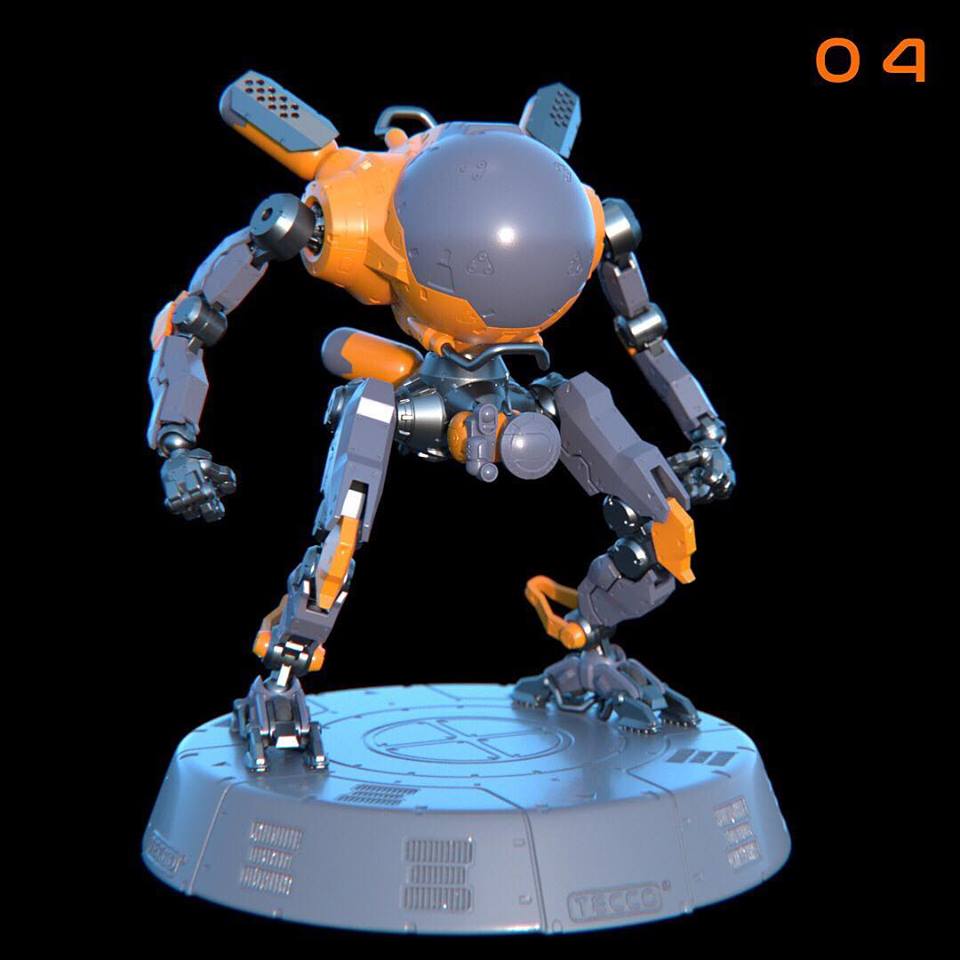 With the FT-B01 now complete, they’ve switched over to the heavy mech.

Here‘s a sneak peek of the next variant, a military type heavy mech. A new variant of armor and heavy weapon modules ( the rocket launchers just being the first of many variations). The armor parts can be mixed with the Fatboy‘s light armor parts for individual customization. This is a very early step in the design process of the main body. I usually start out with sketching or blocking, i.e. I take some 3D primitives, mostly cubes and cylinders and mix them to find interesting forms that work well in shape and have an interesting silhouette. After I‘m happy with the basic shape, I add object details, work out the functional parts and later add surface detail in ZBrush. 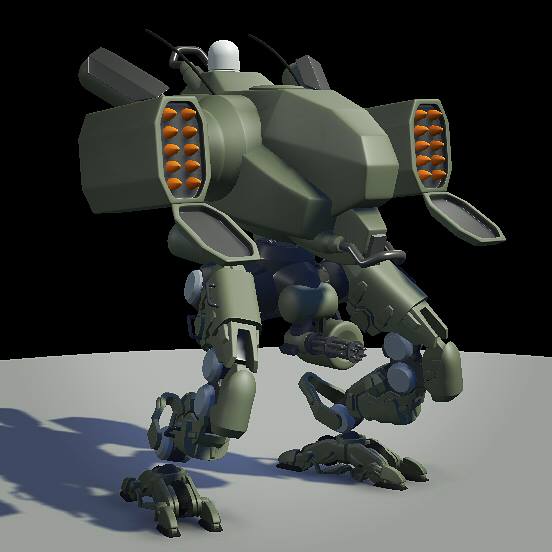 So the heavy mech will have a lot of customization as it switches various parts out. 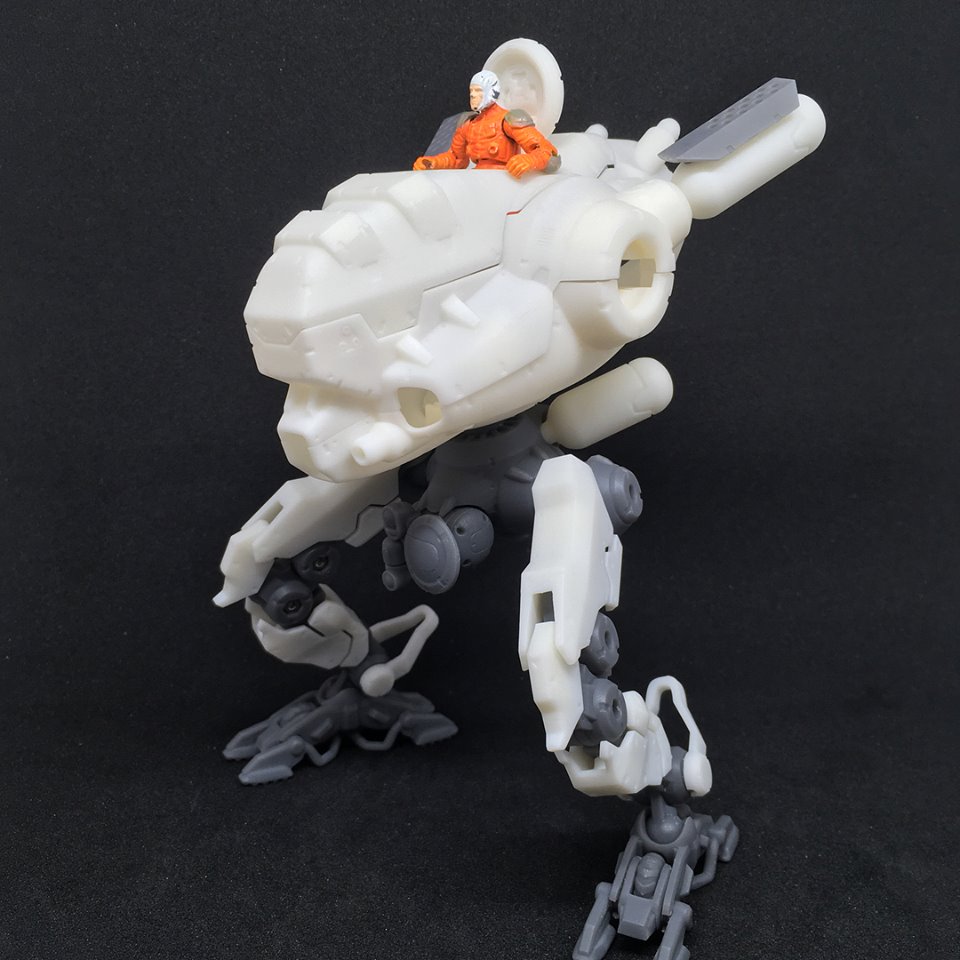 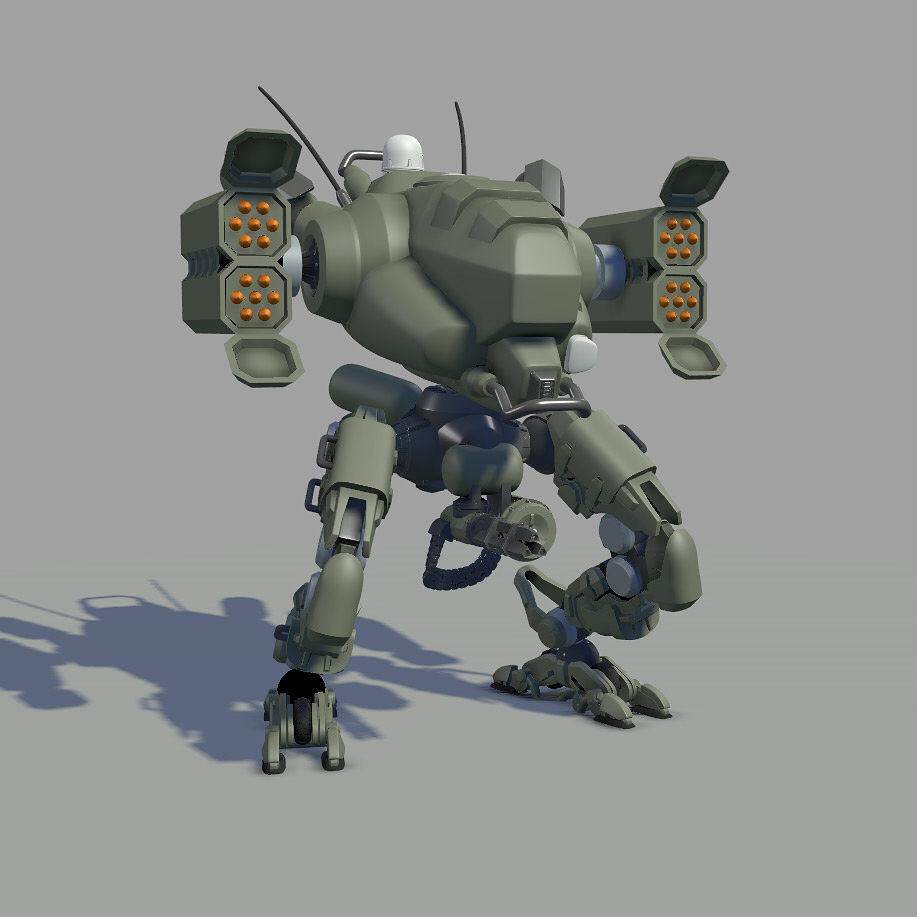 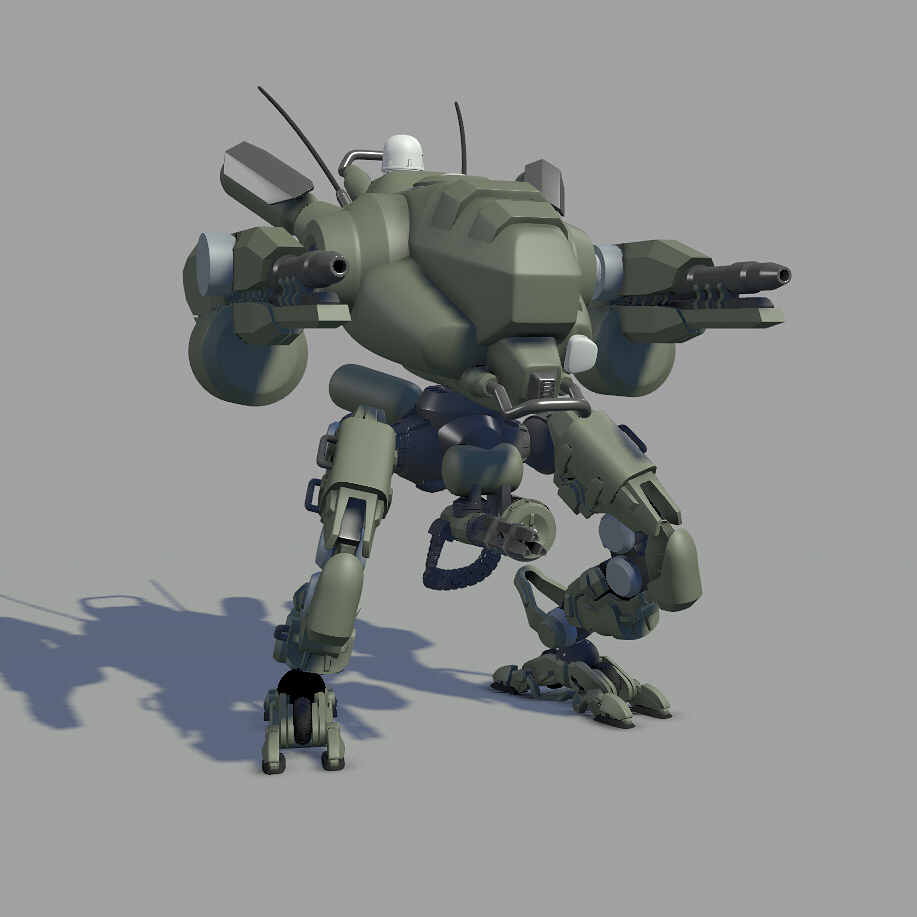 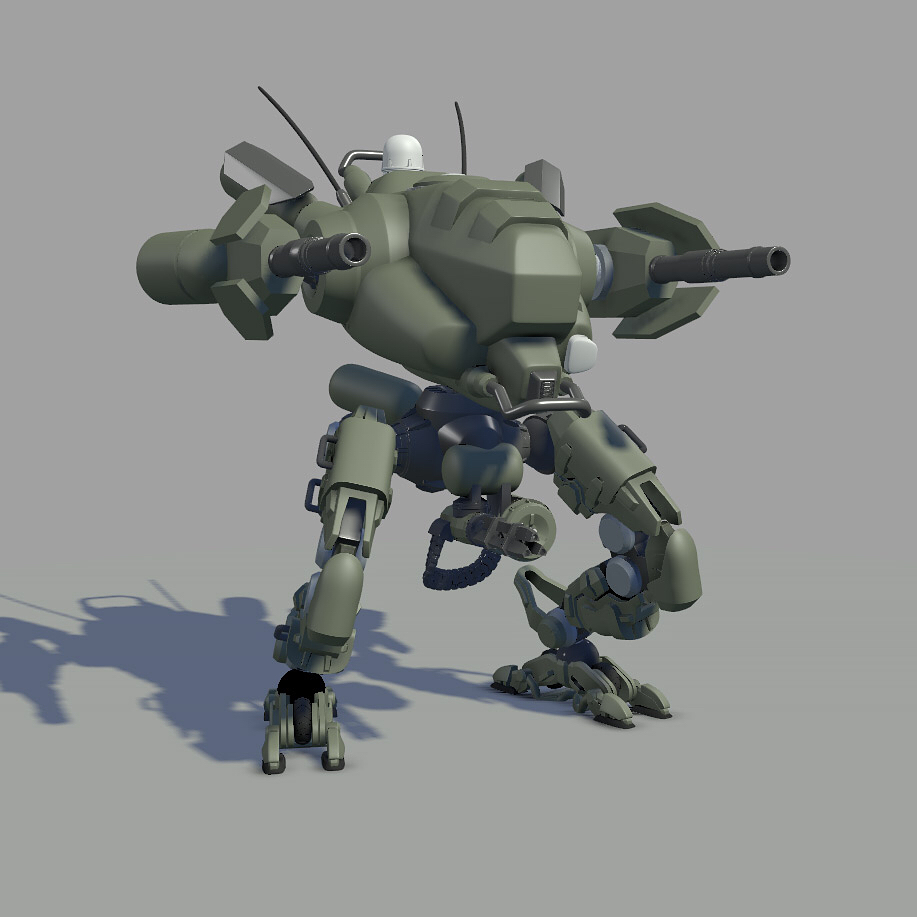 Looks like they’ve already put some FT-B01 arms on. 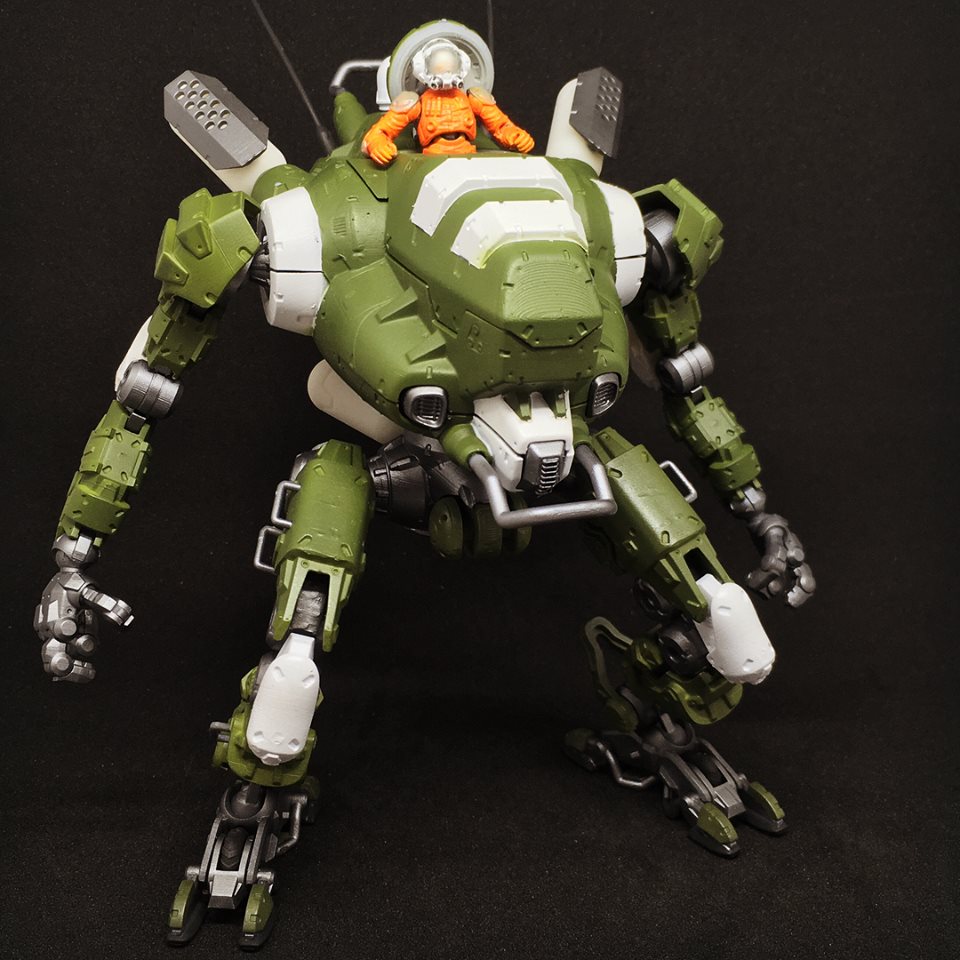 And now the weapons are being made. 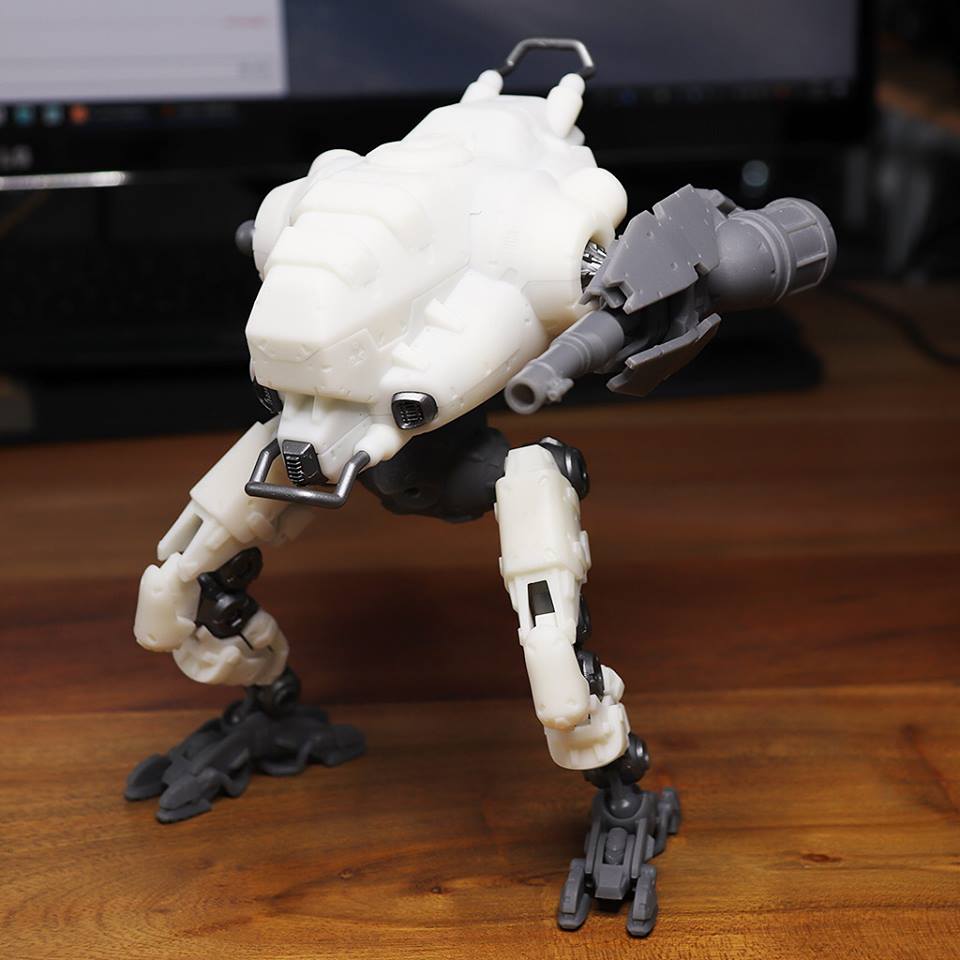 That’s as far as they’ve gotten so far. They’re currently having a problem with their 3D printer so we’ll see what they work on next. If this all sounds awesome to you, this is their future plan:

So keep an eye out! I’ll probably post some follow-ups too to give some support to this great work.