Although you don’t often associate the two toy lines because of the size difference, a fellow by the name of Jin Saotome created a custom Masters of the Universe Classics figure of the Air Raider Battle Squad soldier.

He even wrote up a cool intro for the character coming to Eternia:

“The beings that had entered into Eternia through Hordak’s dimensional portal were of two distinct factions, the Heroic Air Raiders and the Tyrants of Wind. Both groups had complete mastery of the air allowing them to channel it through great machines and survive pressures far greater than any living thing on Eternia’s surface. Hordak had allied himself with the Tyrant’s Enforcers. Little did he know that the Air Raiders were watching and soon used the portal to storm through! Damaging wings ripped Hordak’s flying fortress in half, scattering the combatants and freeing the prisoners! Buzz-Off and Stratos returned to Grayskull with word of the Heroic Air Raiders leaving He-Man to ponder just what to do about the two armies that had decided to battle it out on Eternia.” 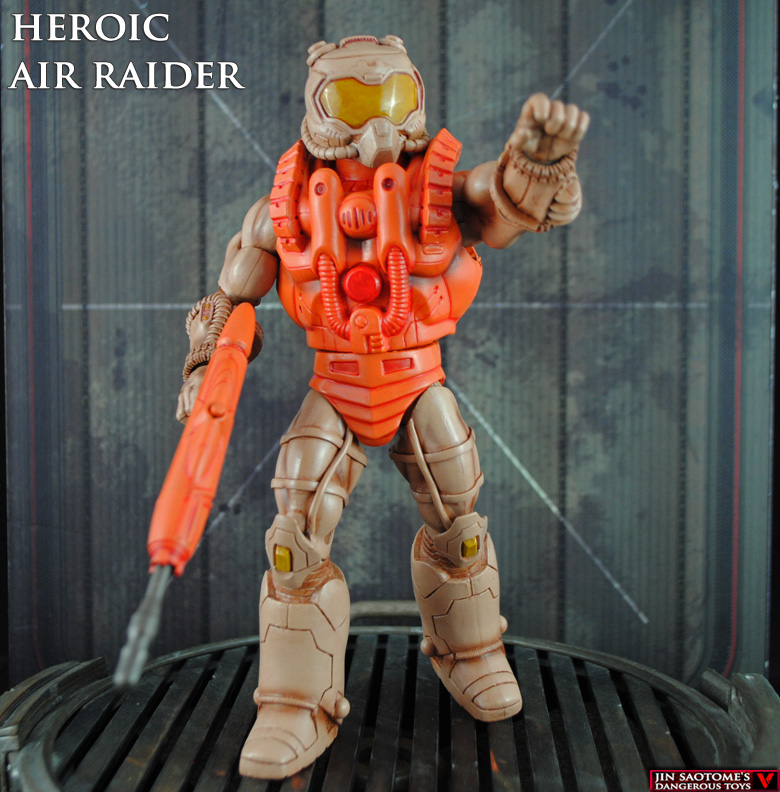 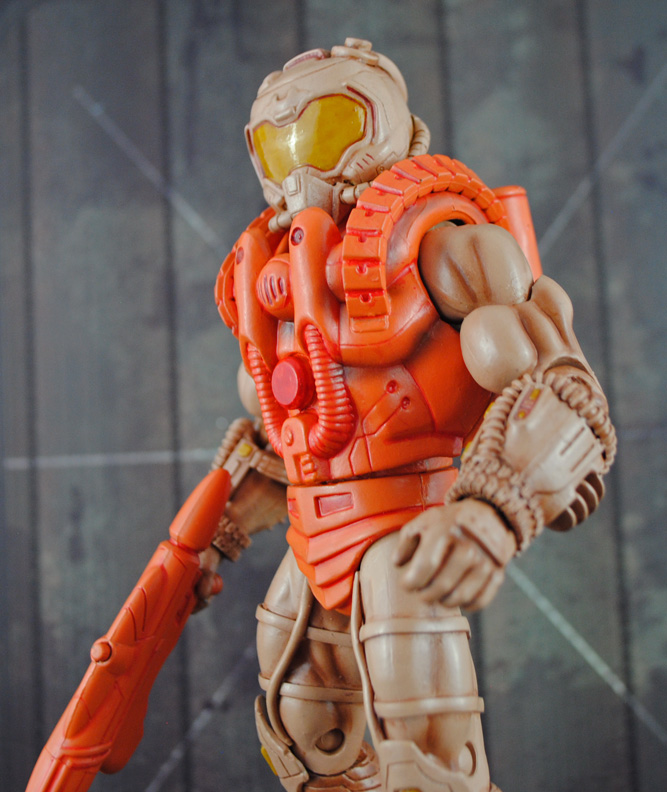 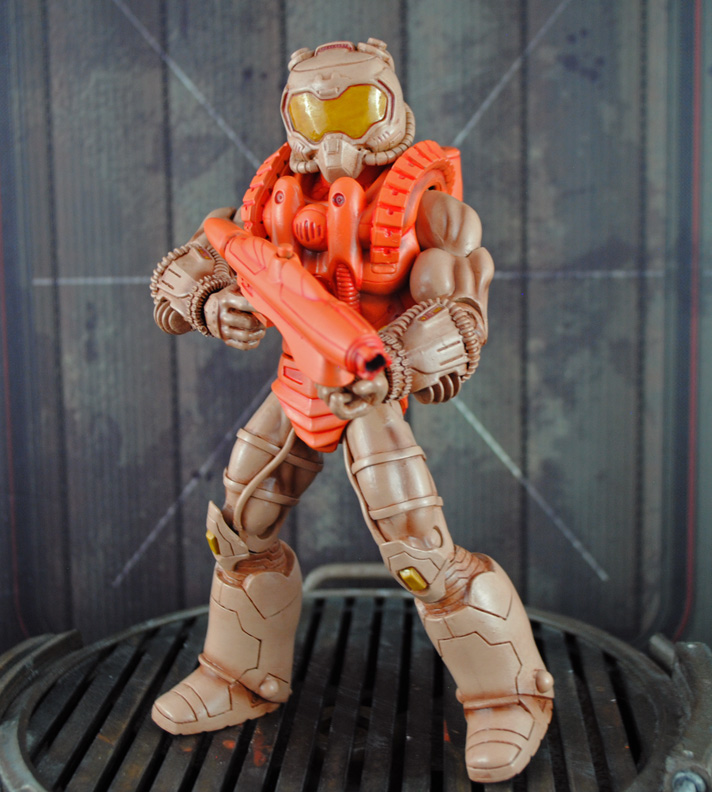 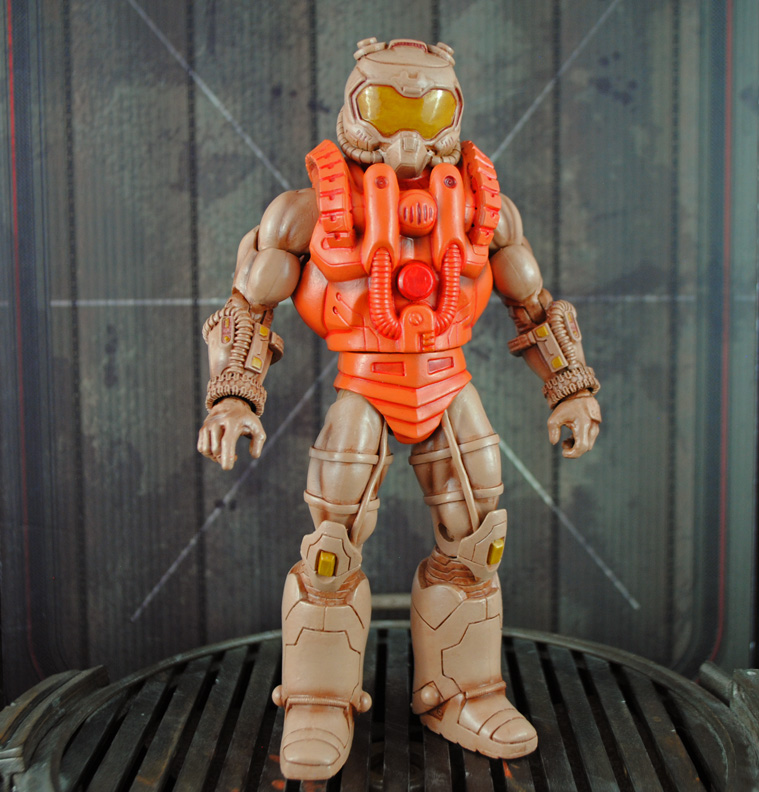 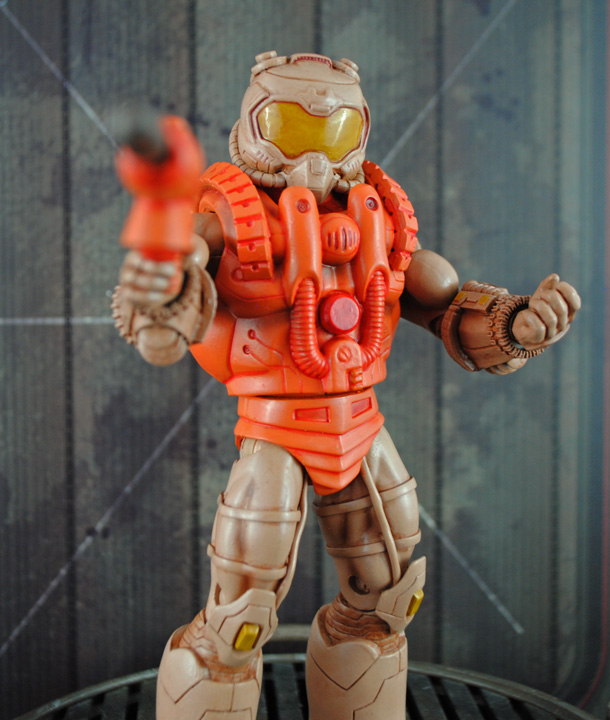 Here’s his description of what he used to build the figure:

Here’s a visual breakdown although I couldn’t find the waist armor and he doesn’t mention the gun. I think he kept Hydron’s upper arms and only used the forearms and hands from the Evolve figure. 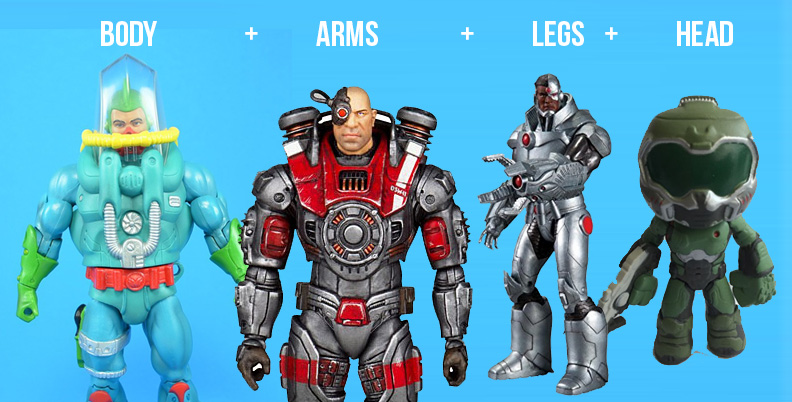 He did a great job, the armor looks wonderful, the colors match the original and I really like that yellow face visor. Now I want to go paint some of the 2″ soldiers to have that too!

6 thoughts on “He-Man and Air Raiders”