Yesterday I posted the custom Air Raiders figure that was beefed up to a 7″ tall Master of the Universe Classic size (see here). Today, the Tyrants of Wind get a turn! Here’s the nefarious Enforcer Squad member who has joined Team Hordak.

“During the Battle for the Aero Aegis the valiant Stratos and his ally Buzz-Off broke into Hordak’s flying fortress to deliver the final blow that would bring it down. But what they discovered was a secret army! Hordak had opened a portal to another dimension where the beings there could control the very winds. Making a bargain with the Tyrants of Wind, Hordak was given an army of their Enforcers to help in his part of the conquest. Agile and incredibly armored these Horde Enforcers easily overpowered the two heroes as Hordak laughed from his throne. “With the power of the wind at my command, no Eternian can stop me!” he bellowed…and he was right. Help wouldn’t come from Eternia, but the very dimension he had opened a portal to.” 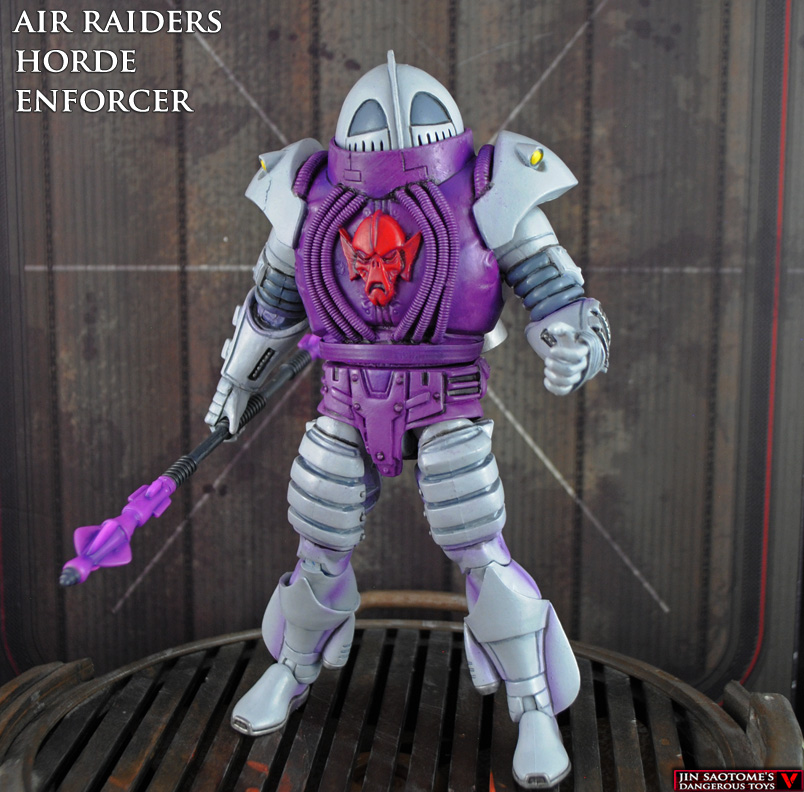 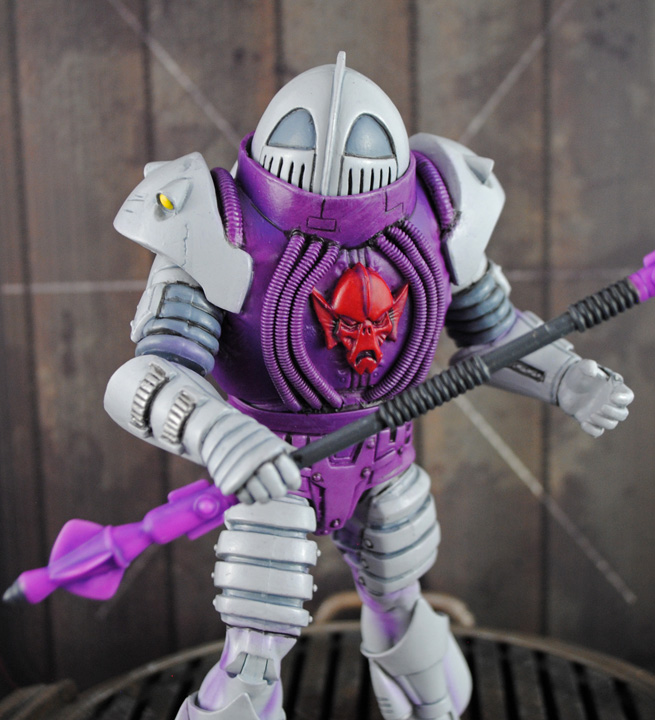 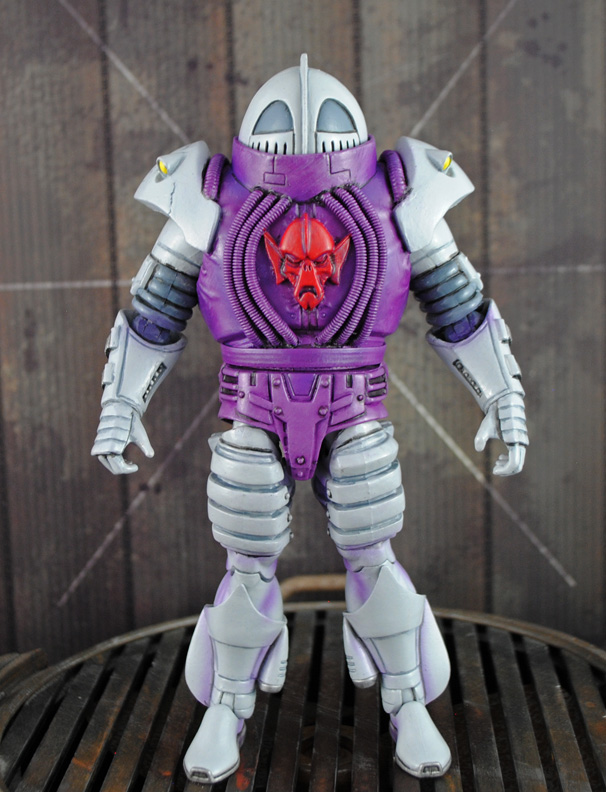 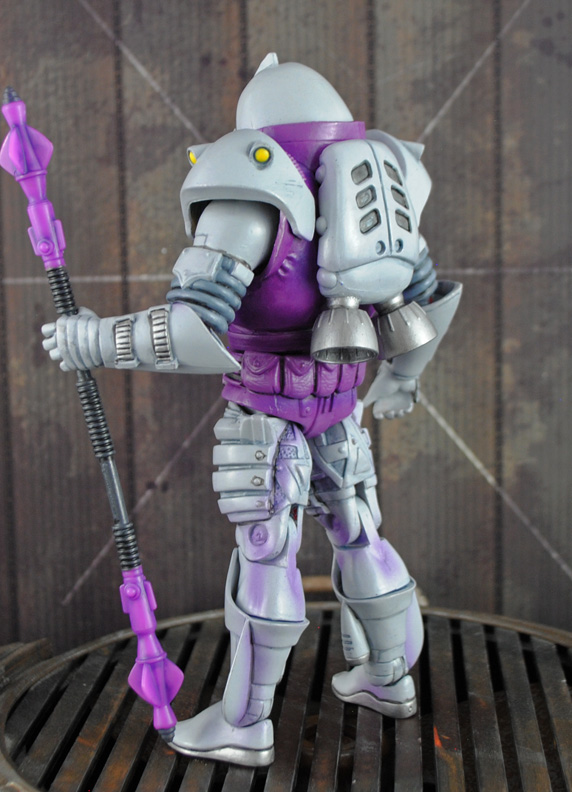 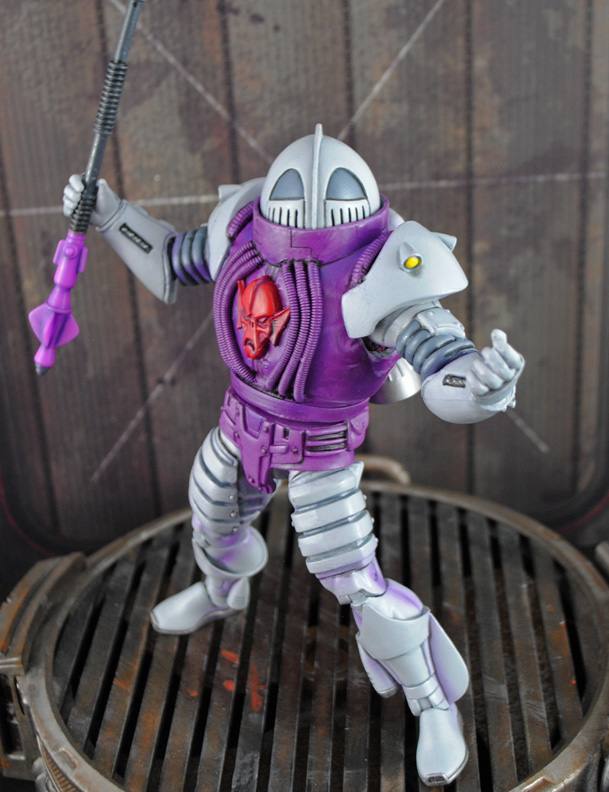 Here’s his description of what he used to build the figure: 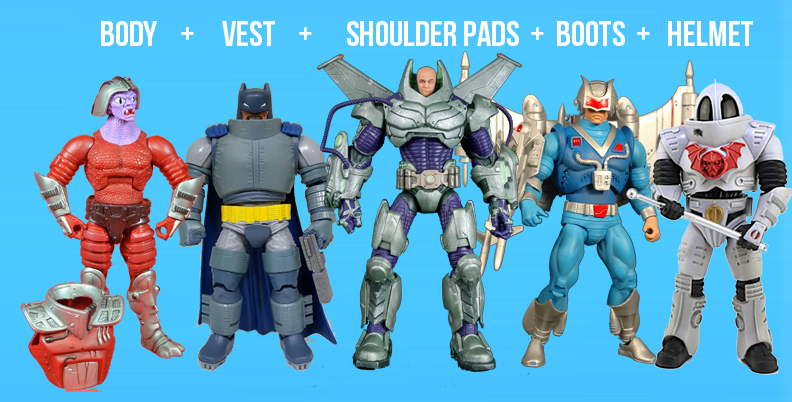 As with the Air Raider, I’m not sure where the spear weapon came from. It looks like he used Flogg’s upper legs and arms although I wonder where he got the Hordak head piece and air tubes on the chest.

Overall, I love this custom creation, he looks like a nasty foe to encounter. The paint work is very nice and stays loyal to the original figure. The armor and it’s breathing apparatus look cool and although I wish the helmet had stuck with the “knight visor” look, the new bug-like helmet looks pretty sinister and creepy. Thumbs up!

Last but not least, I leave you with another custom that Jin Saotome has done. It’s not the Air Raiders but it definitely falls in the obscure/cool ’80s toy.

Big thanks to Jin Saotome, please visit his site! 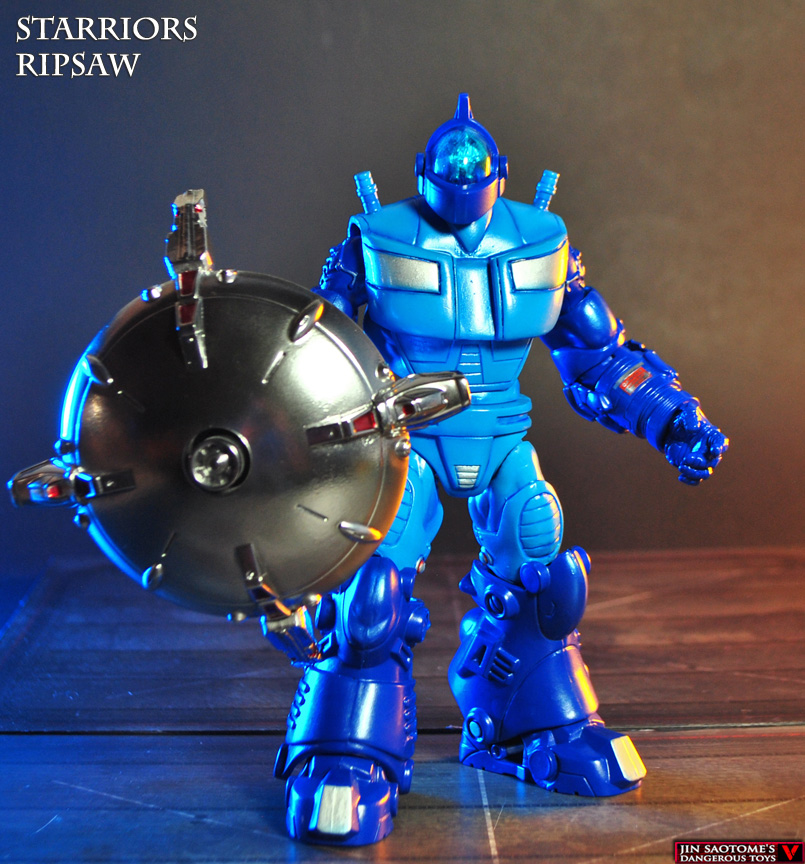