Hey folks, some exciting stuff to share. For those of you who don’t know, Air Raiders was released in 1987 and there was a planned followup of new toys that was scheduled for 1988. The toys were designed and built and a pre-Toyfair catalog was released in 1988. However, due to sales and other factors, the line was canceled and a different catalog actually hit Toyfair that year.

I had already made a post about these particular toys years ago (click here to see my breakdown) but recently I was able to get better scans of the catalog pages, thanks to a great fan of the toys, so I thought I would share them. In addition, some new information came to light which I’d like to talk about too. 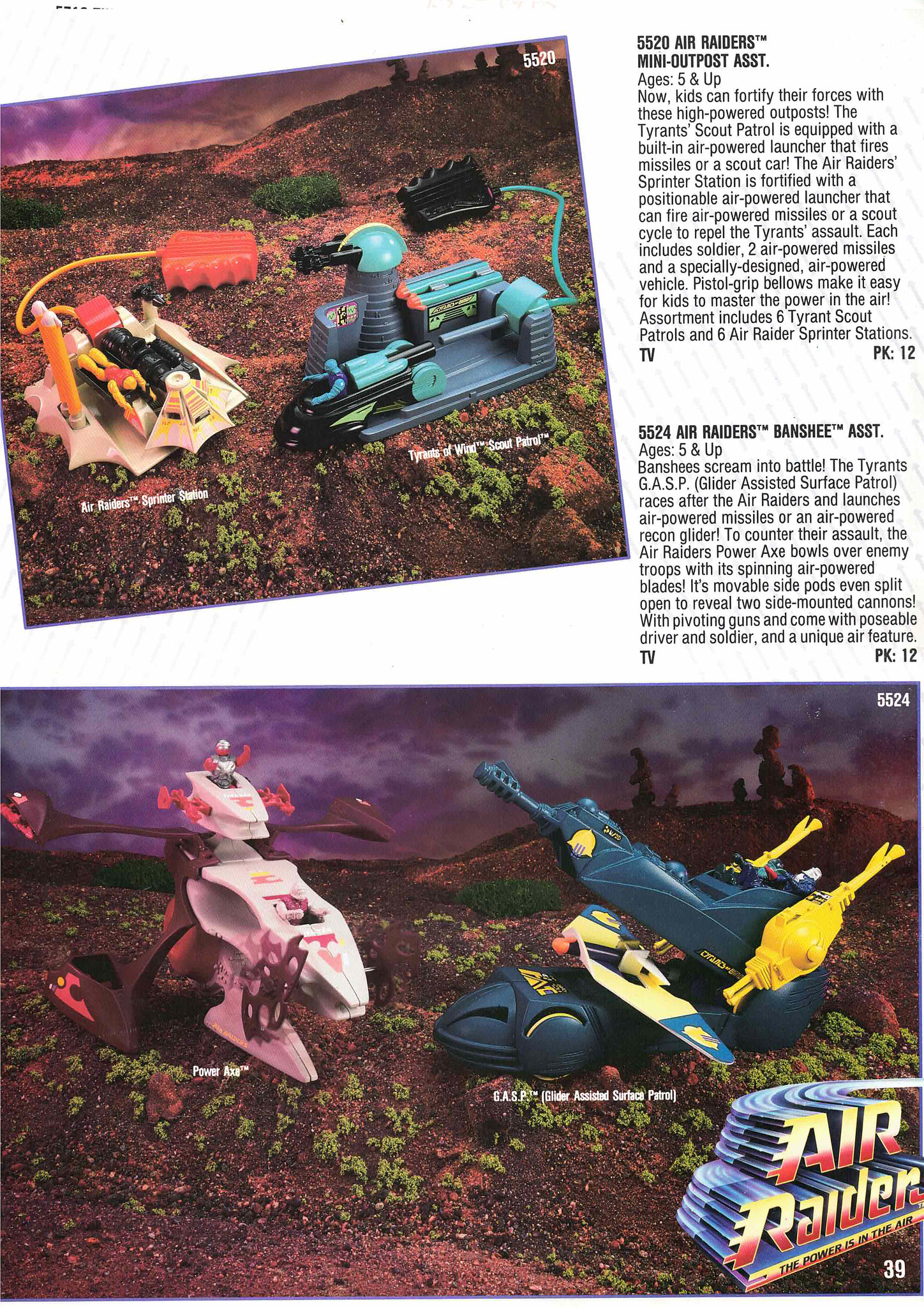 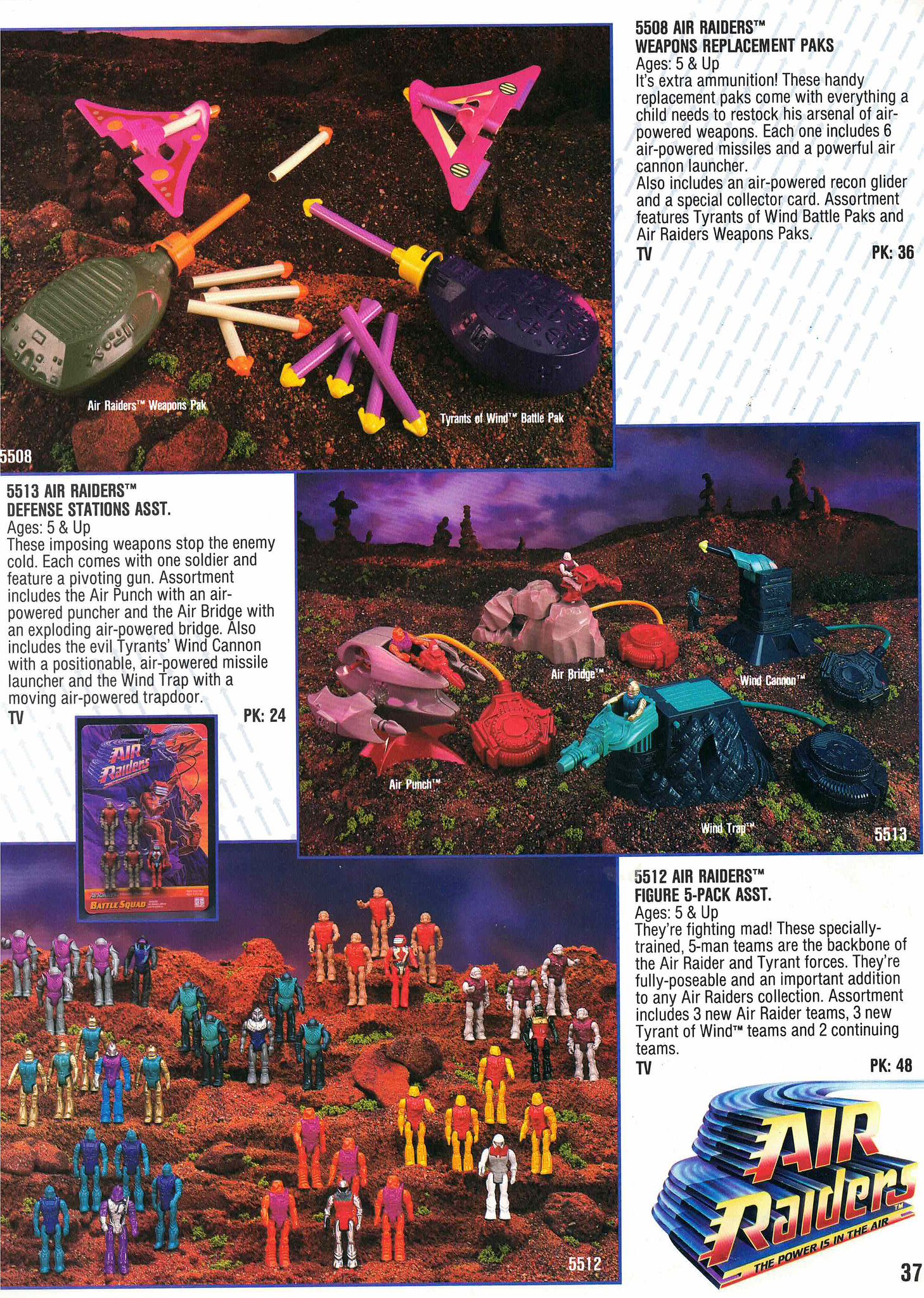 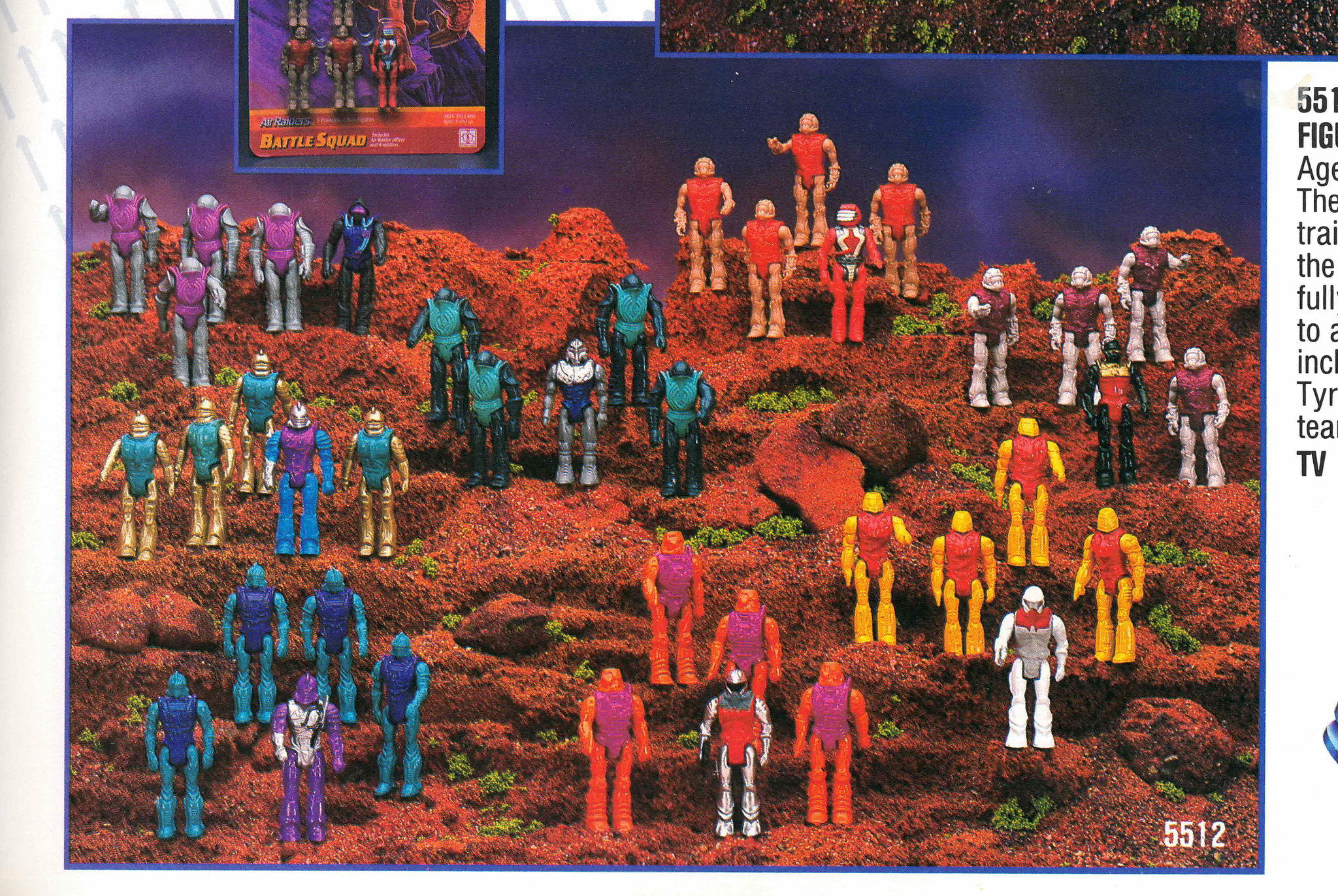 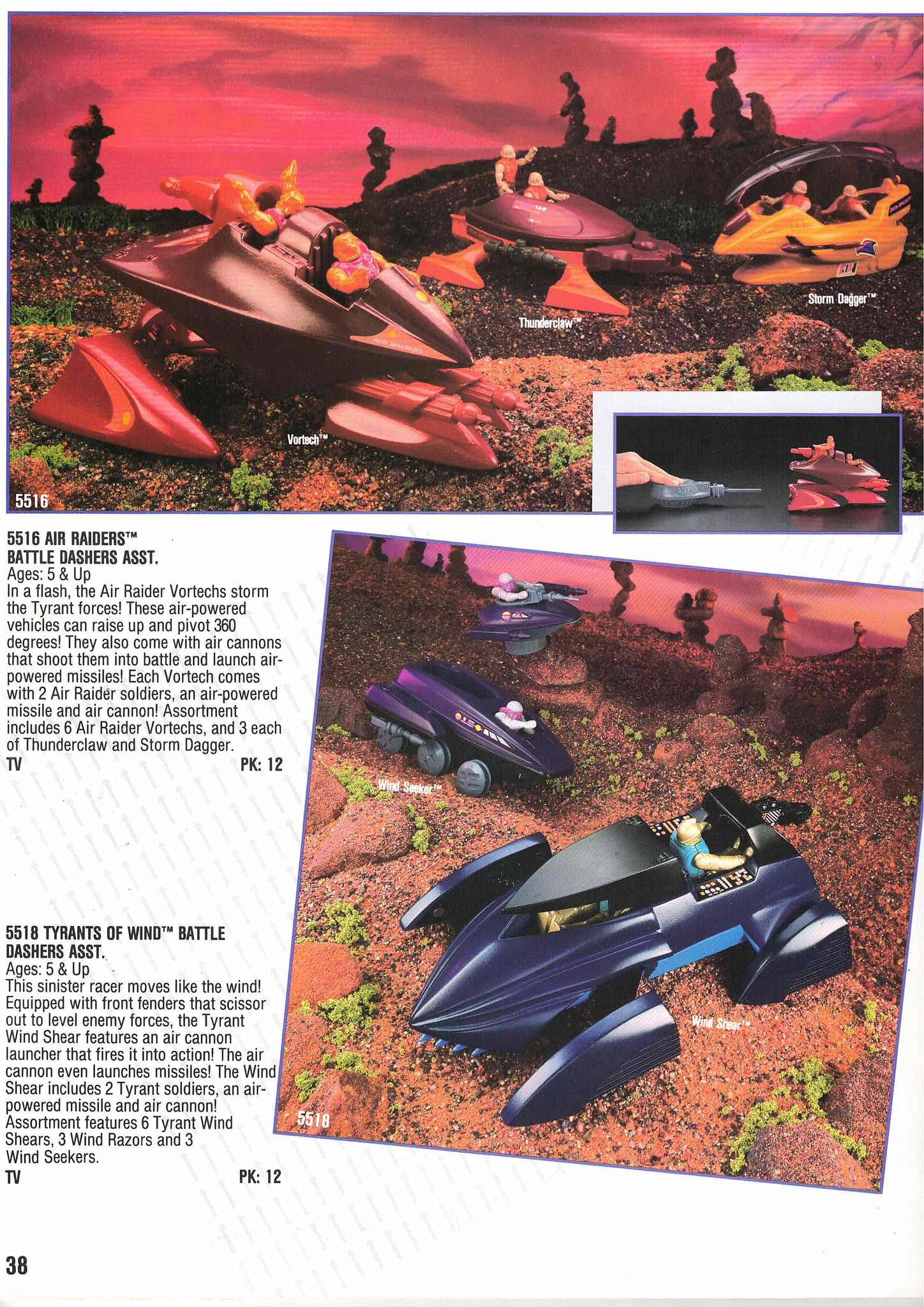 Next is a mystery that I’m hoping someone else has some insight on. It’s a graphic of the “1988 Pre Toy Fair Media Schedule.” I have to admit that I have no idea what this was for as it mentions Cable and Kid Netwo[rks]? And yet, Air Raiders had no cartoon to plug and I never saw any commercials for the new stuff so what was this for? Any thoughts?

And last is what I’m very excited for. It’s the pricing guide, something I never saw before. Normally that really wouldn’t be a big deal but we learn a few things. 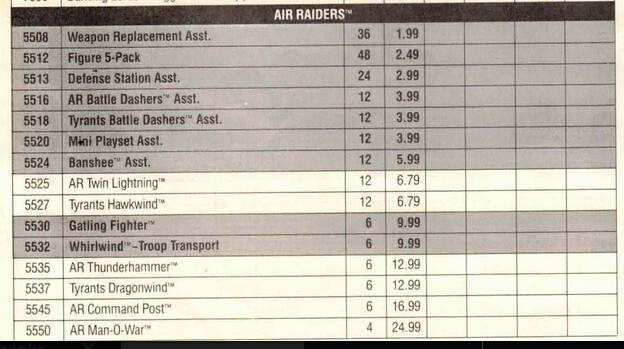 One thought on “Canceled Air Raiders Toys from 1988”