Hey folks, I wanted to look through the commercials that were done for the toy line and see if there was anything interesting to note. I’ll start with the introduction commercial for the toys.

It’s coming soon. The world where everything runs on air. So air is more precious than gold! But in Airlandia, the Tyrants of Wind control the air and only a rebel band of heroic air raiders has the power to stop them. The incredible, new Air Raiders! It’s coming soon, from the makers of GI Joe! Air Raiders! 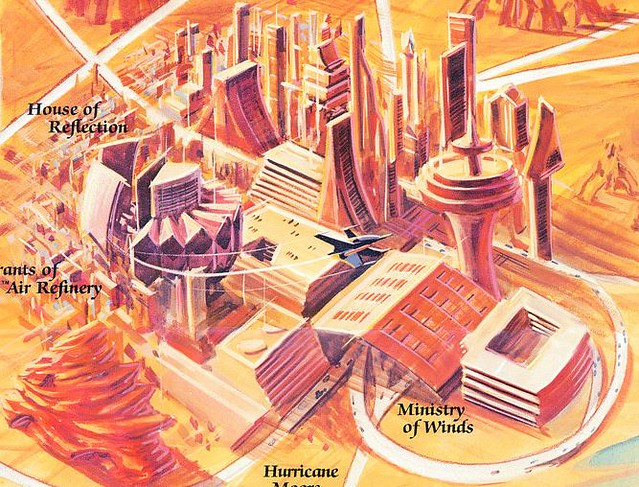 The first view we have is moving swiftly down the streets of a futuristic city, I assume this to be Central Airlandia based on the map illustration. Lots of bridges, large yellow structures and with some skyscrapers in the back. It has a very industrial feel as there are numerous openings venting air along the street. We even see a brief glimpse of what I assume is a civilian vehicle coming in the opposite direction. This red car seem to be a hover vehicle with wings and dorsal fins on the top and bottom. 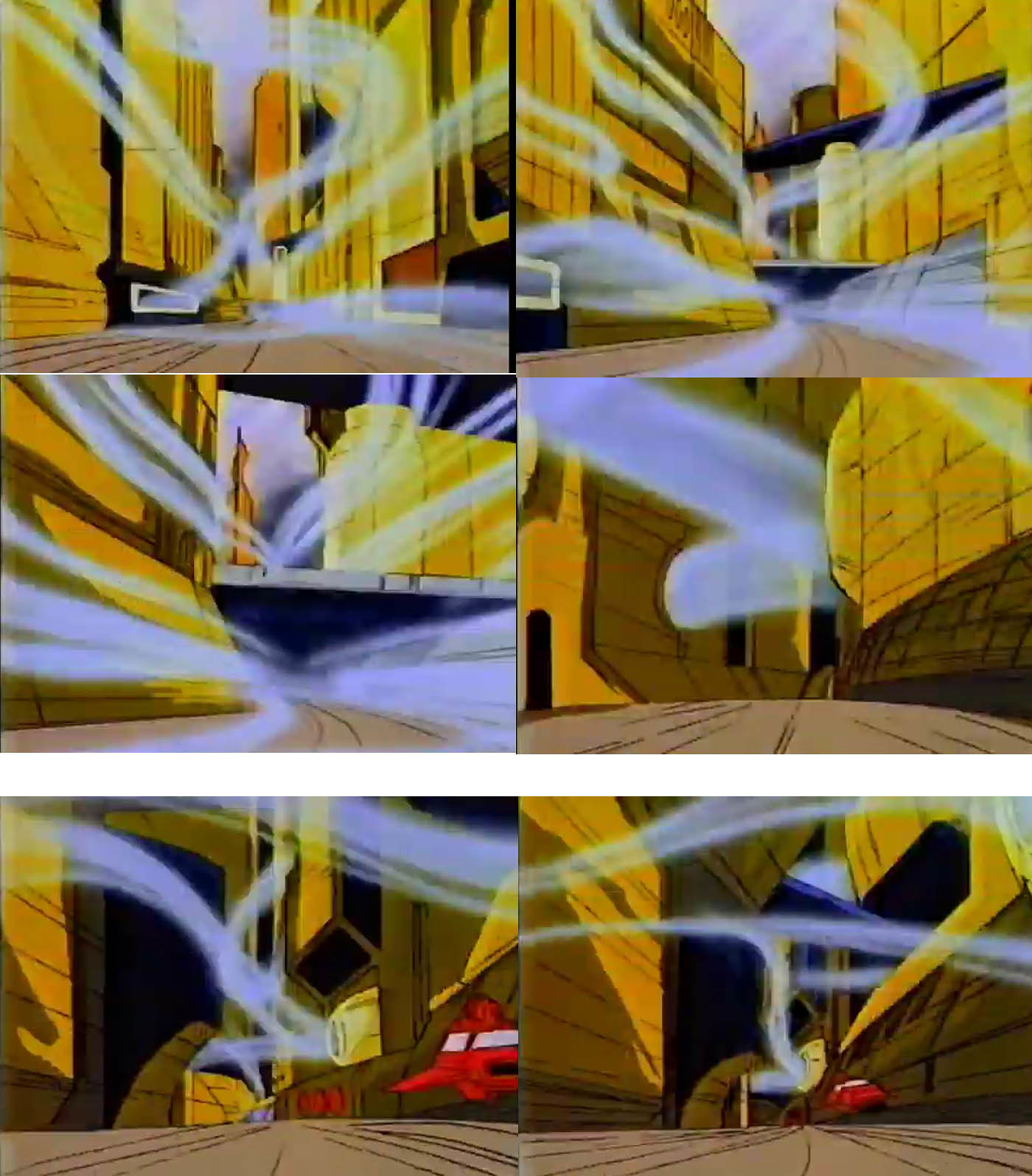 The second series of cartoon shots involve a close-up pic of a Thunderclaw crew member. I assume this is either Jasun or Con, the two characters mentioned in the vehicle file card. Cool art on this, the uniform has a little more color detailing to it and it has clear glass visor. Interesting that there only seems to be one crew member in the next shot as the Thunderclaw cruises through a tunnel and away from the Command Outpost. Next, a Twin Lightning is shown taking down two Hawkwinds with missile launches. Ah, those quality Tyrant pilots…

This follows up with a Dragonwind attack (not loving the perspective art on that Dragonwind) on the Command Outpost. General Rock sends his rebel soldiers into action, including a rather hefty fellow on the left. I wonder if this was going to be a planned character for the cartoon series? Why make that distinction otherwise? General Rock then leads the counterattack with Commander Airlocke on his left and… someone on his right? It could be Lieutenant Noble from the Battle Squad or it could be Field Commander Jad, captain of the Thunderhammer. The coloring is kinda bad. Notice they all have guns too! 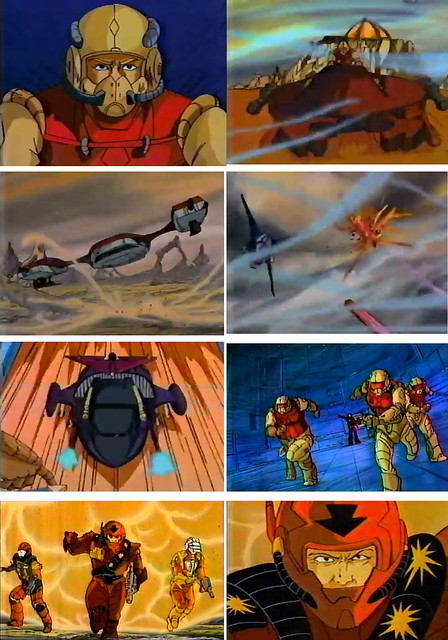 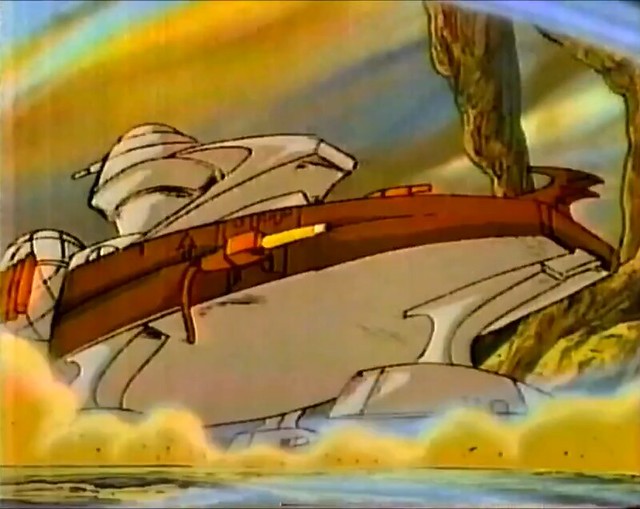 Rock looks pissed! The Man-O-War isn’t drawn too bad. That must have been a very hard angle to draw from as it landed from above and sent the troops in. Confirmation from the file card that they intend for the Man-O-War to fly. Such a strange concept as the legs make it look like a land vehicle.

Lastly we have some Hawkwinds trying to get some sweet, sweet revenge on that pesky Twin Lightning only to fail as their missiles are defeated by some rock formations.

As for the rest of the commercial, it has the same rocky battle map that someone must had so much fun building! The kids are pushing around a variety of vehicles and shooting missiles. I like the idea someone had to have the Dragonwind drone fly over the Outpost. And we see two Man-O-Wars in action along with a floating surveillance pod! Interesting note, no visuals of the toys for the Wind Seeker or the Storm Dagger.

Anyways, enjoy, I will be doing more of these in the future. It’s cool to see what a cartoon may have looked like.