I’ve had the opportunity to post some really cool figure sculpture sheets from the Air Raiders line. There were done by Ron Rudat for both the original 1987 figures and the canceled 1988 toys.You can find the earlier posts here:

I realized recently that I never posted another figure sheet that Hasbro engineer, Ed Owen, had shared through Facebook. It’s another lost figure from the 1988 toy line and appears to be one of the new Tyrant squad soldiers. (For the sake of brevity, I’m making up a name and calling them the Retributors to go along with the evil sounding Enforcer name of the old squad.) The Retributor is actually a familiar figure as a broken one went up for sale on ebay a few years ago.

You can find enough similar details in both the toy figure and the sketch to see they are the same.

They both have a large tube that goes down the center of the chest which splits off to frame the abdomen. The both have the studded shoulder pauldrons as well as some interesting badge on the right side of their chest. Some sort of Tyrant logo? The helmet design with the crest on top and the ridged “teeth” and visor. The toy figure is missing his right arm which had the curious appendage which is obviously supposed to be some sort of weapon but even Ron Rudat doesn’t remember what they were supposed to be.

Check out the sketch below: 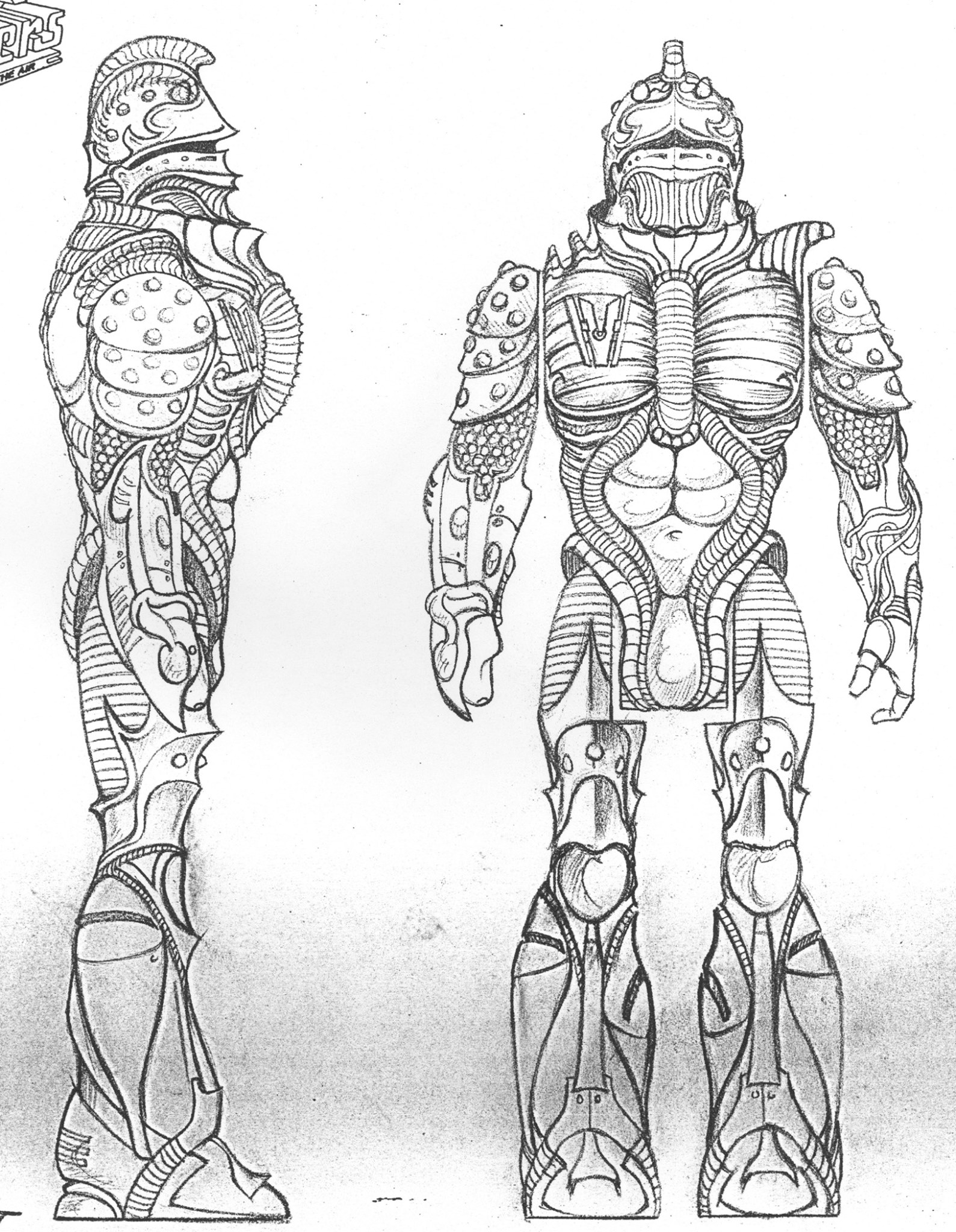 Unfortunately there is no date or name for the figure although the other figure sheet of the Whirlwind Driver was dated 11/17/86 so obviously Ron Rudat must have been working on these through the fall and winter of that year, much earlier than I would’ve thought! There’s also no profile views like the other figure sheet, it was probably on a separate piece of paper.

The figure design is interesting, it has an almost crustacean-like feel to it with the some of the details on the helm looking like the teeth from a whale baleen and the breastplate that looks like muscle tissue. The helmet in general looks like something a warrior from Atlantis would wear.

Hopefully more of these figures sheets, or even the figure themselves, will show up on ebay or maybe if we’re lucky, the owners will choose to share some scans/photos of them. A HUGE thanks to Ed Owen for sharing this!