Next up in the continuing series of fan art and commissions for old Air Raiders sketches and concepts is a new rendering of the Thundacloud. The Thundacloud was one of the original vehicles that Steve Reiss (the toy line creator) came up with in his Air Raiders pitch to Hasbro managament. For those of who are not familiar with the Thundacloud or Steve Reiss; check out this link here.

I love the Thundacloud(well, maybe not the spelling of the name) and I plan on trying to kitbash a version of it someday using pieces of the Thunderhammer and whatever model airplane parts I can scrounge to make that engine! It’s a really cool vehicle and I like to think it was an earlier Mark I version of the Thunderhammer before they advanced the technology. Maybe the rebels built it off old Tyrant specs.

You can see Steve’s original black and white concept of it above so with that to work with, replicant01 and I commissioned an artist to make something up. We decided to go with a Thunderhammer color scheme as that seemed fitting and we added some lower guns as well to punch up the offensive firepower as it was a little lacking otherwise. I really wanted to emphasize the engine in the back as that is a very noticeable feature in Steve’s drawing.

The end result (below) is great but I couldn’t help tweaking it a little. In the second version, I added a large amount of smoke and dust along with a massive blast from the engine. I also made the new gun smaller and similar to other rebel weapons. I checked with Steve and he loved it! 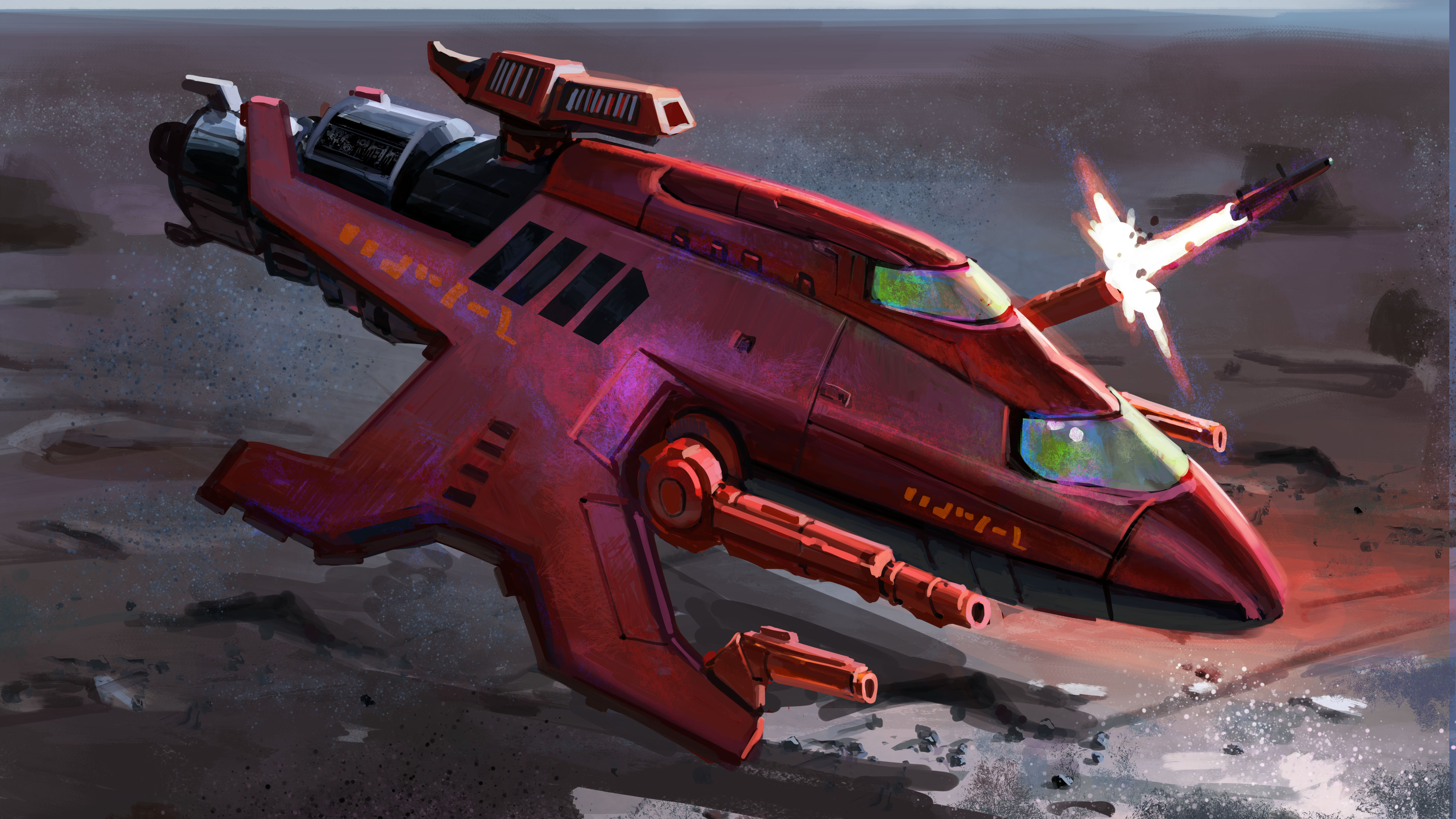