Airlandia… where air is more precious than gold…

The evil Tyrants of Wind control the planet Airlandia, where everything runs on air. Only the Air Raiders, a daring band of rebels, stand a chance of rescuing their planet from these cruel dictators.

You’ve never seen vehicles like these before… State-of-the-Air fighter planes like the Hawkwind and the Twin Lightning. The powerful Thunderhammer and the massive Man-O-War. All with incredible air-powered missiles and air-activated weapons that you control.

Will your skill and battle strategy lead the Air Raiders to victory over the evil Tyrants? The fate of this fierce battle is in your hands… and the Power is in the Air!

Here’s an interesting item that’s for sale on ebay, it’s one of the few advertisements they did for the toyline. It’s very similar to the double spread Toyfair ad. It has yet another recycling of the amazing piece of battle art from Paul Alexander. I wish they had commissioned him to do a few more just for some variety. There’s no mention of the magazine but the size is 8.5×11 so it wasn’t in a standard comic book. Anyone remember seeing this? Or maybe have an idea where it would have been printed? I assume this probably went out sometime during the summer of ’87 before the launch of the toys.

Authentic vintage advertisement carefully removed from a magazine and placed in a resealable bag with backing board. Condition is Very Good, meticulously removed to preserve the entire image. Photos above are of the actual item you will receive (NOT a stock image!). 100% Official & Genuine, NOT a reprint or reproduction!Measures approximately 8 x 11 inches. 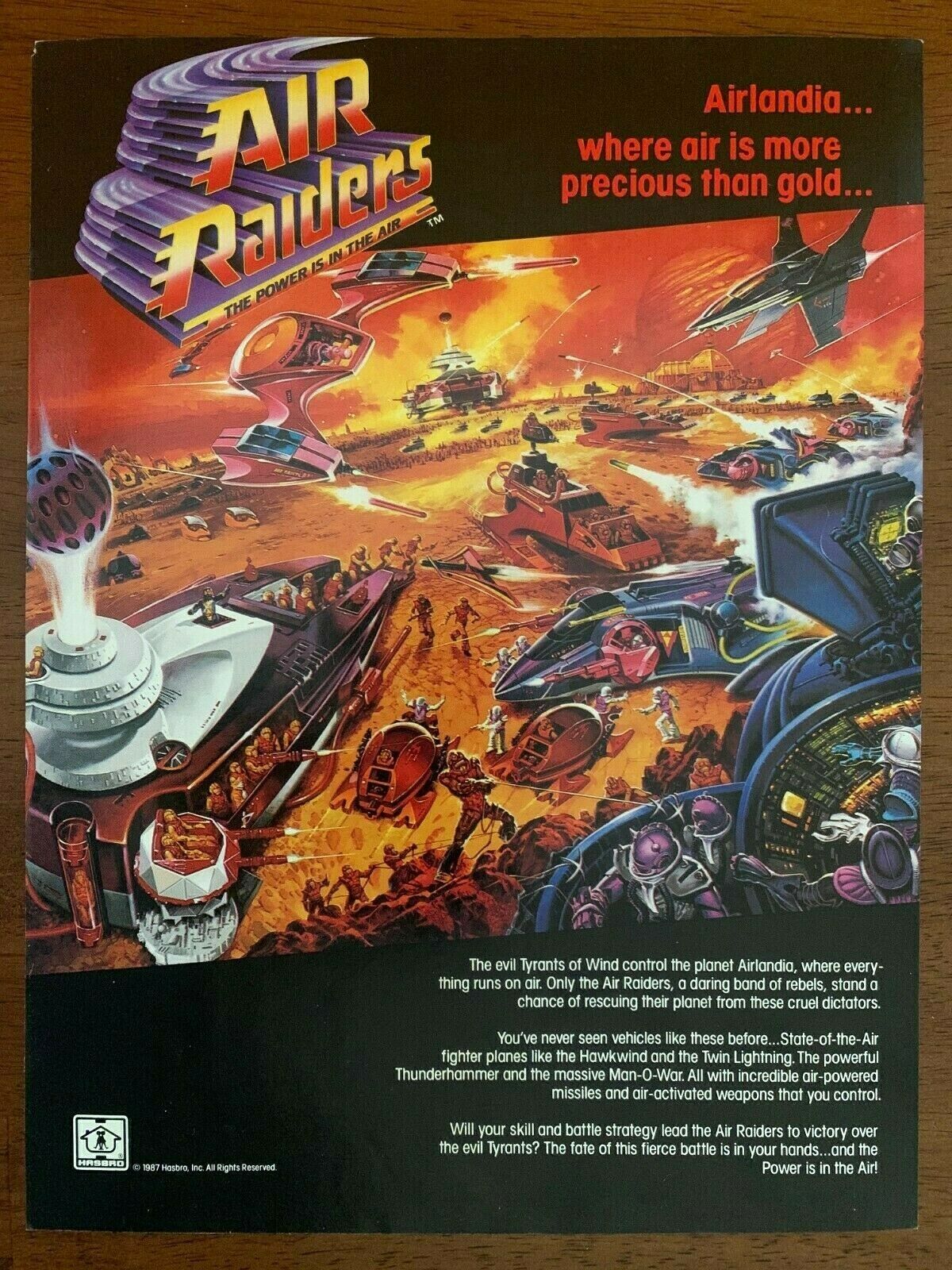