Over the years I’ve spoken with many of the designers and artists who worked on the Air Raiders toys. The general consensus has been that most or all of the original art for the design, packaging and inserts were probably thrown out. Well, good news, I was contacted by a former employee who had saved two pieces of art from the Hasbro dumpster runs and was trying to identify them. They’re both pretty awesome (scroll down to see) and I’m very grateful for the chance to share them.

The first is the final rendering of the Airlandia map. It is very interesting to see that both the Airlandia map color sketch (found here) and the original were saved. I’m not sure who the artist is but my guess would be Richard Marcej or Doug Hart, who did a lot of the packaging art.

Speaking of Doug Hart, I know he did the second piece of the Hawkwind streaking across a blood-red sky for the licensing kit (found here). The art was actually part of a pop-up feature that included the Hawkwind and Twin Lightning. It’s amazing how much they cropped the original image for the folder printing! Unfortunately, there’s no sign of the Twin Lighting art.

There was this bad news too from the former employee:
“Unfortunately I don’t have any packaging art.  I believe the packaging art *was* tossed out in the periodic purges they did.   I looked exhaustively for all the artwork Hasbro had to catalog it, but all I found were GI Joe, Transformers (a meager handful), My Little Pony and maybe a few other pieces.  No Air Raiders packaging. The two pieces I have were rescued from the trashing of Hasbro’s flat art files that stored the catalog and other misc.. non-packaging artwork.”

Hopefully there is more art out there and it will turn up over time!. 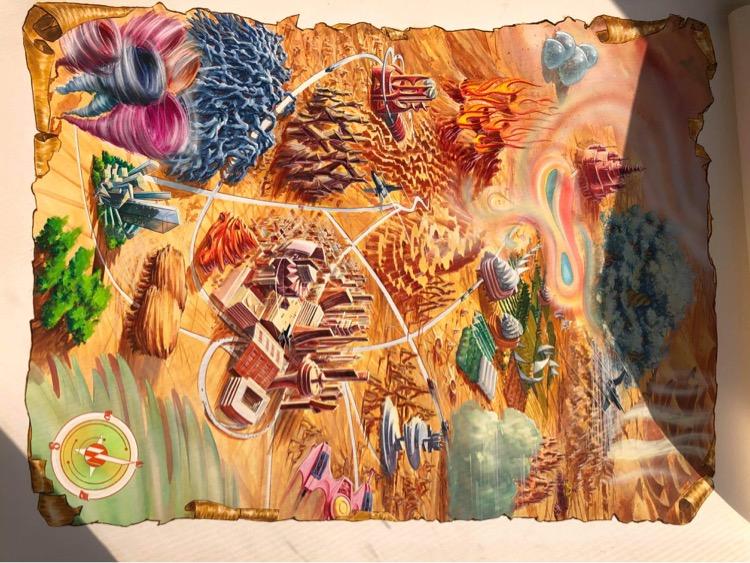 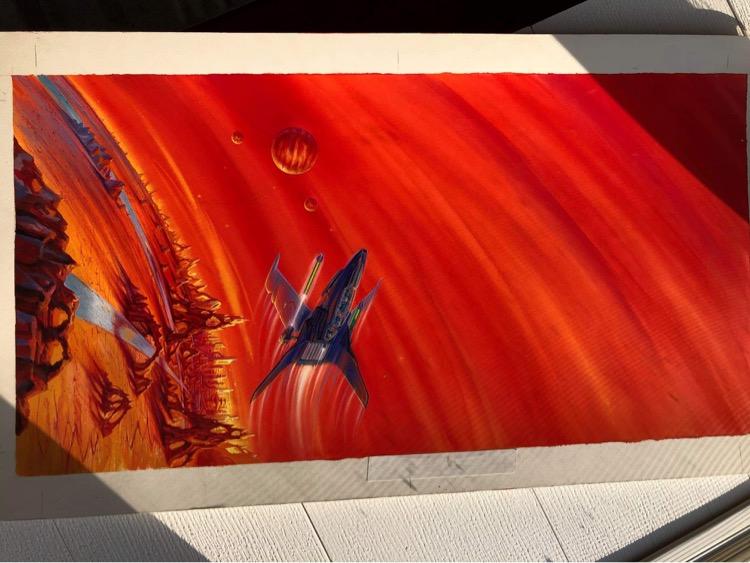