Hey folks, long time, no post. Just between the holidays, COVID and work I haven’t had the time or energy to post very often but I will try to get back up to speed. So we’re going with a few more pages from the licensing kit from last year.

First up are some of the characters and just like part three had some missing vehicles, they didn’t cover most of the figures created for the line. There are the two trooper types, referred to as “Air Raiders Soldiers” or Tyrants of Wind soldiers.” I guess this was before they settled on the Enforcers and Battle Squad designations. The art is cool and unique from anything else I’ve seen and the only other note of interest is the rebel soldiers have freeze blasters (the gun on his belt or some sort of wrist weapon?) and the Enforcers have two days of air supplied by their armor. The Enforcers are also brainwashed so I guess that explains how Aerozar stays in power. 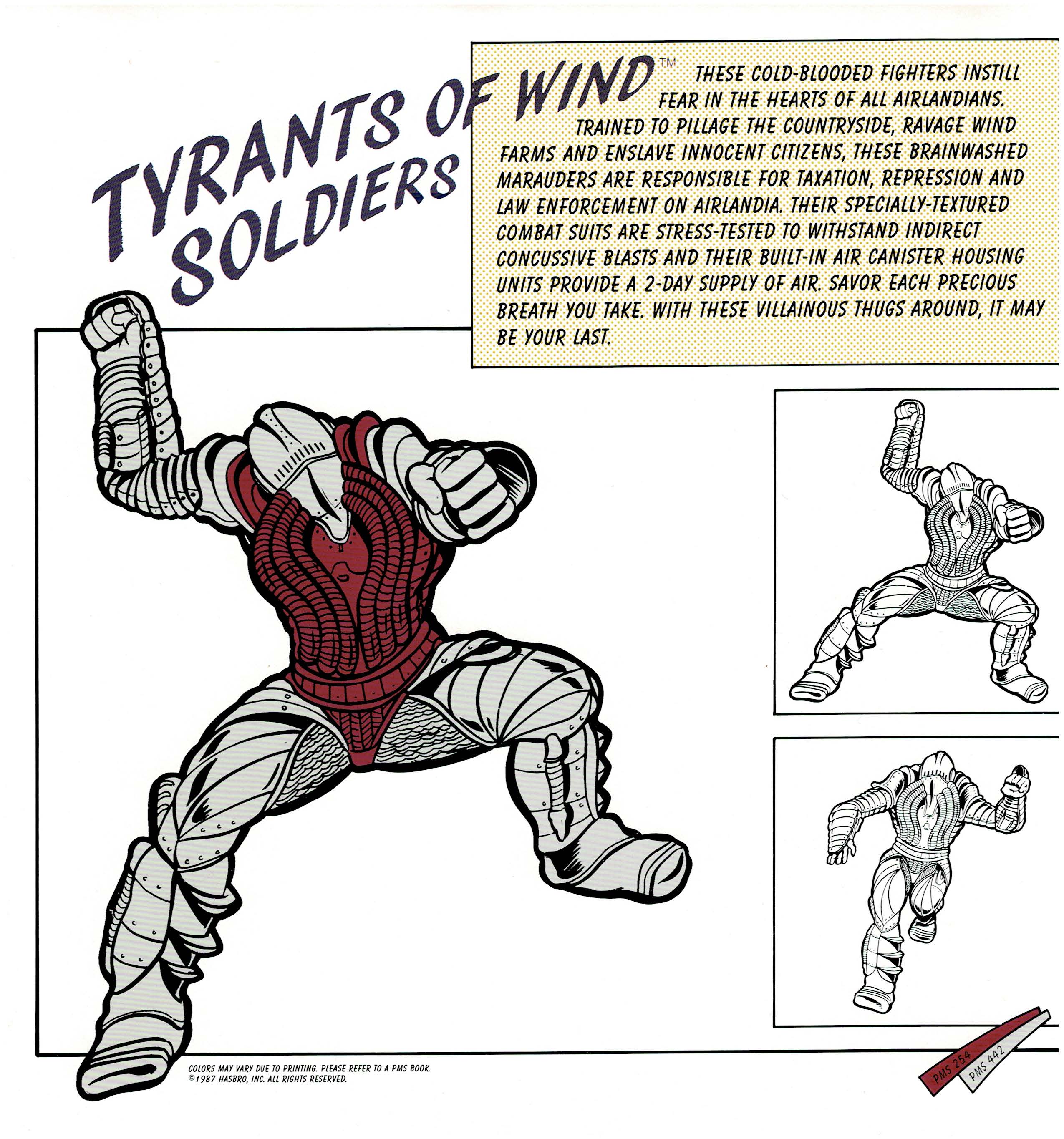 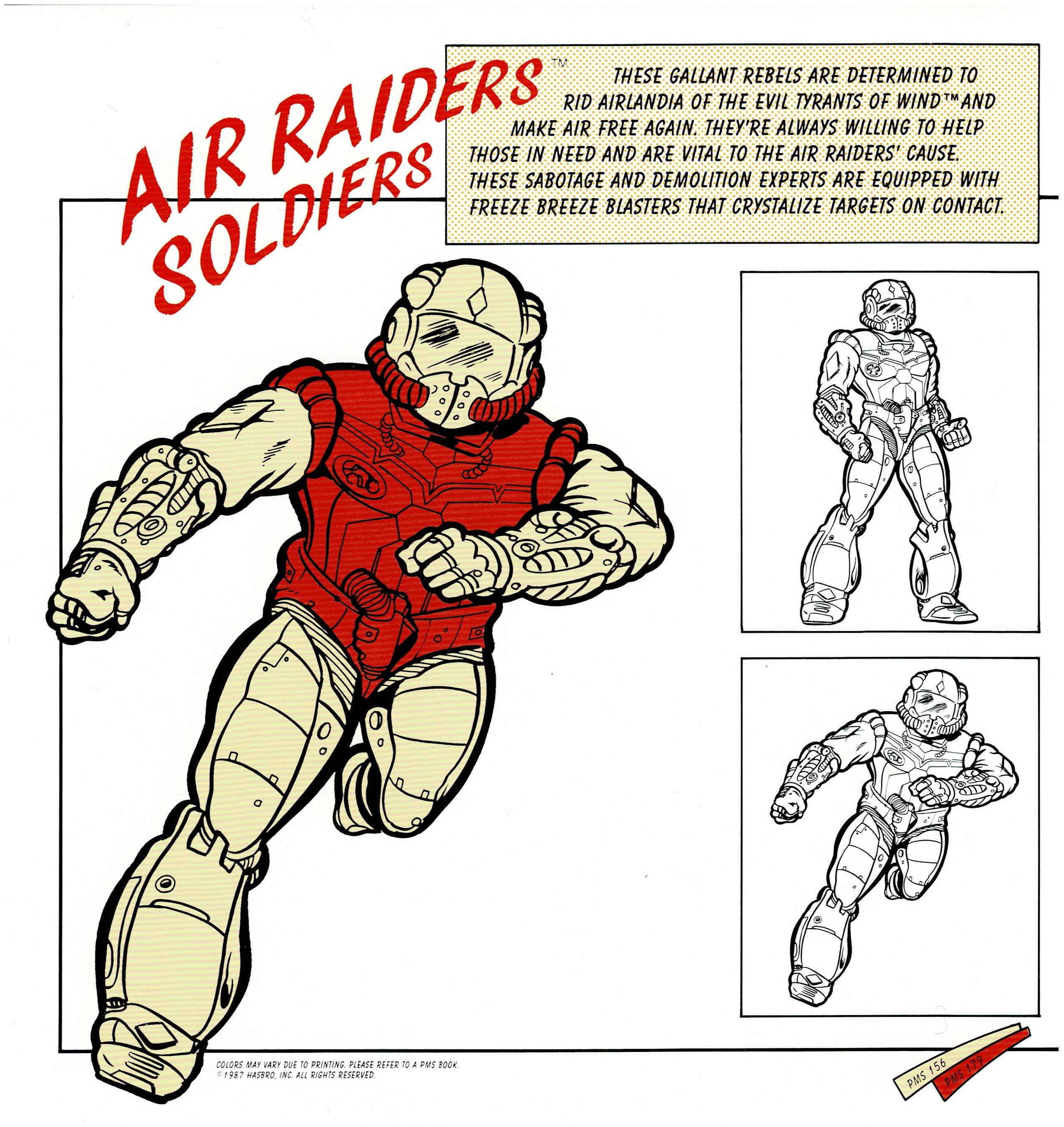 Next up is Admiral Fury and the “Tyrants of Wind Officer,” better known as Lieutenant Ratt from the Enforcers. Nothing to note here although no mention of brainwashing so the Officers must be dedicated to the Tyrant cause. And that’s it for characters which was kind of a surprise. No mention of Rokk, Aerozar, Jolt, etc. Considering the focus of the cartoon, I would’ve thought they’d get something but maybe they were still working out these details.

My favorite part of these pages is the Packaging because it goes over the proper Pantone colors to use for AirRaders and Tyrants box design AND we now know the fonts they used! Creole Type Style was used for the larger product names with a drop shadow and the number of figures, while Sandpiper or Seagull was used for all the smaller product descriptions and probably the box panels on the back. Unfortunately it doesn’t look like Creole or Sandpiper survived into the digital age as I can’t find any trace of them. Seagull is out there however.

We have a page of the Air Raider logo in various colors which I really appreciate as the hand painted version was very difficult to reproduce.

Lastly, we have a hangtag for “licensed soft goods!” I assume this meant t-shirts, bedsheets, pajamas, etc.  Oh, I would’ve loved to have some of that stuff! I do have some shirts available; the Hawkwind and Command Outpost! 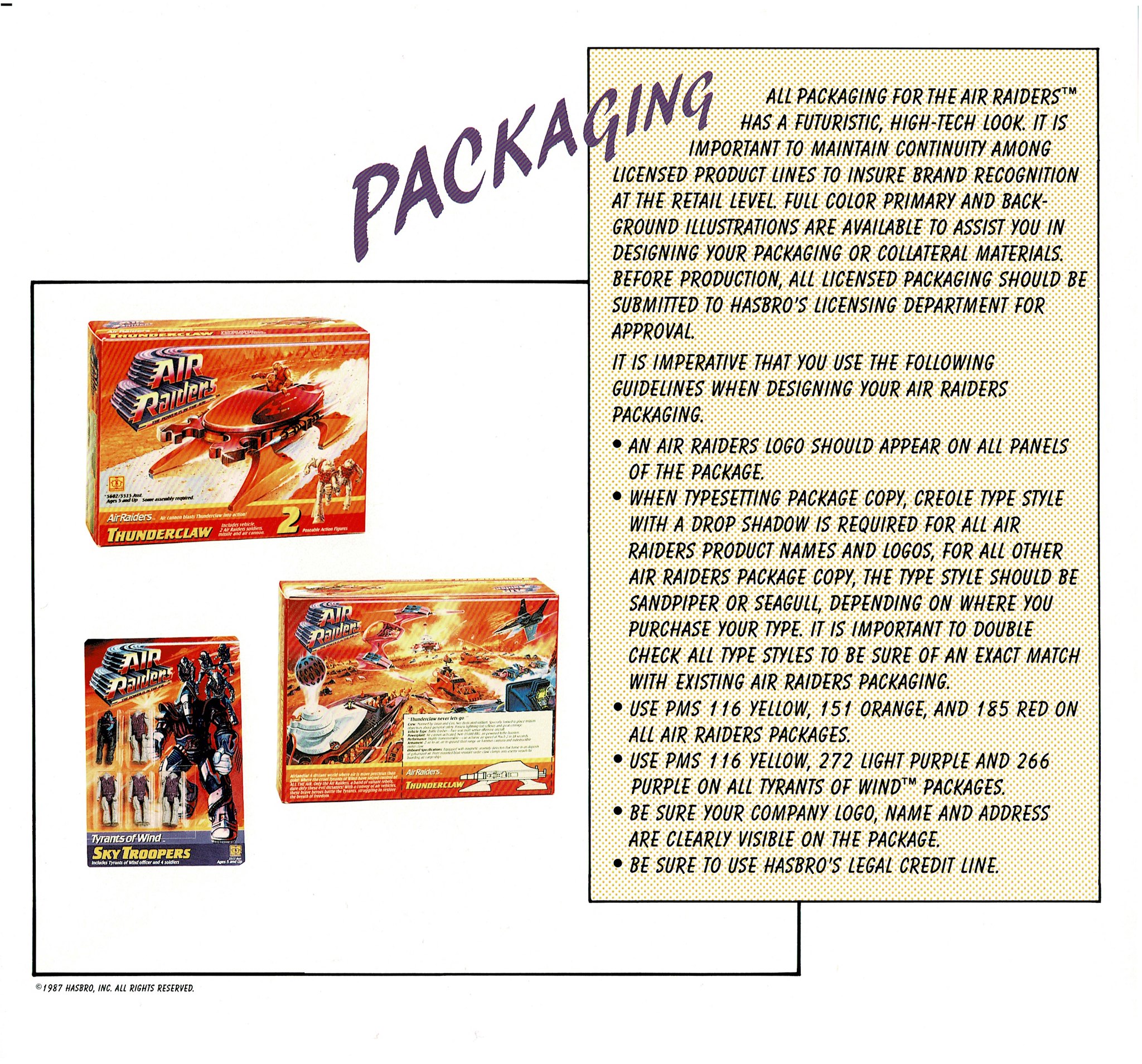 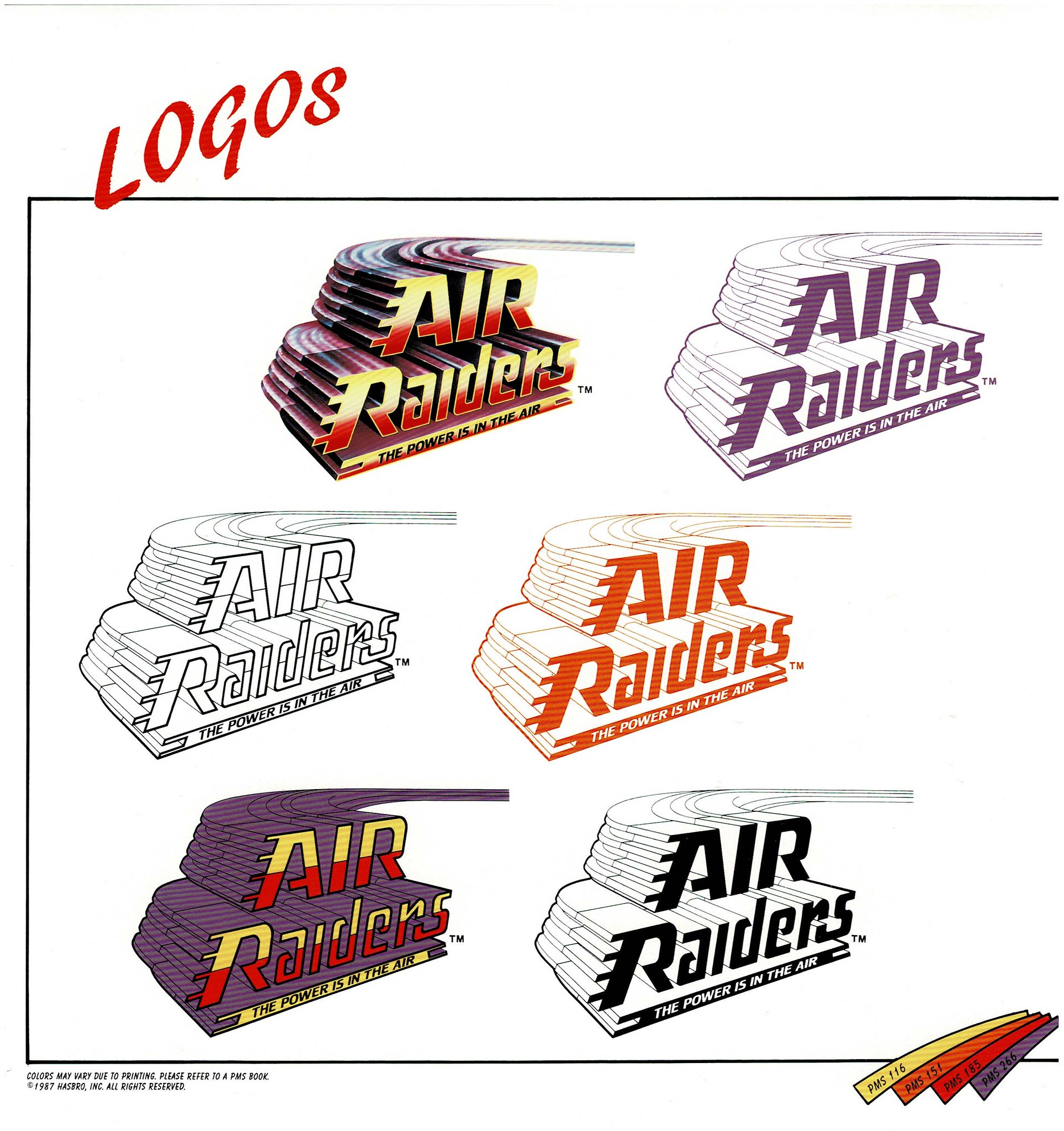 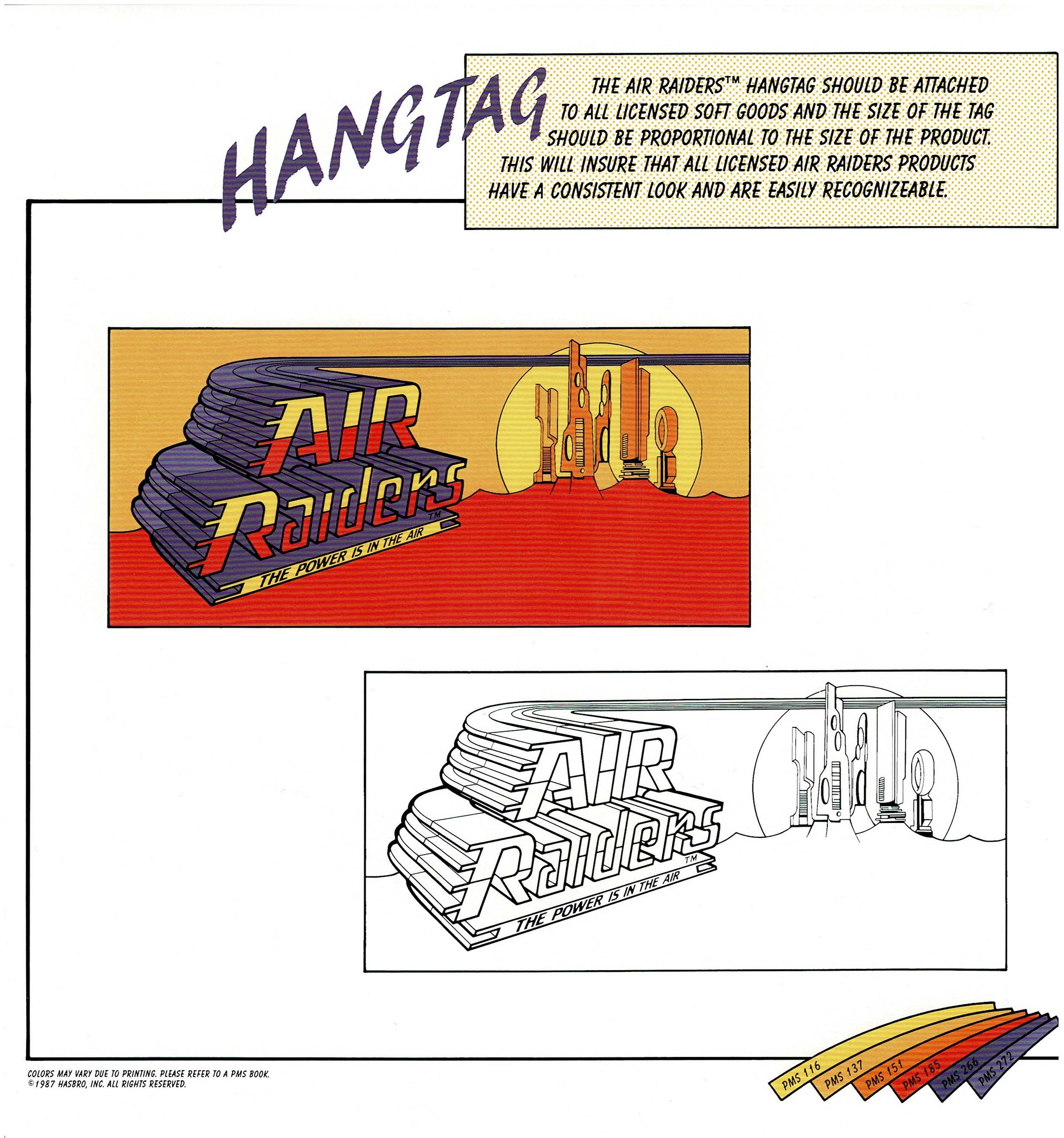