In a continuing series on fan art, replicant01 and I have been commissioning art for vehicles and figures from the canceled 1988 toys and also from sketches and other reference we come across. This time around is a vehicle designed by former Hasbro designer, David McDonald (see the interview here).

One of the pictures he shared was of a model sculpted from foam that he remembered creating for the villainous Tyrants. I thought the horn-like wings, the double-mounted guns and the rear spoiler looked really cool, so I knew I wanted to eventually see it in some form of illustration.

This was actually one of the first vehicles we commissioned and unfortunately my archive skills were not at their best and several phases of sketches were lost. Fortunately, the final results were saved! Since there was no name associated with the model, we decided going with the name Wind Talon because of those nasty swooping wings. I pictured the vehicle as a slow-moving troop carrier, using it’s guns to suppress any defender’s fire while the wings are used as a canard to stabilize landing on the ground OR even using them to bash through walls and defenses!

Anyways, I have two pictures to share. The first is the one I ultimately gave the thumbs up to. This thing looks monstrous! Just imagine a flight of these, flanked by Hawkwinds, coming to your neck of the woods. 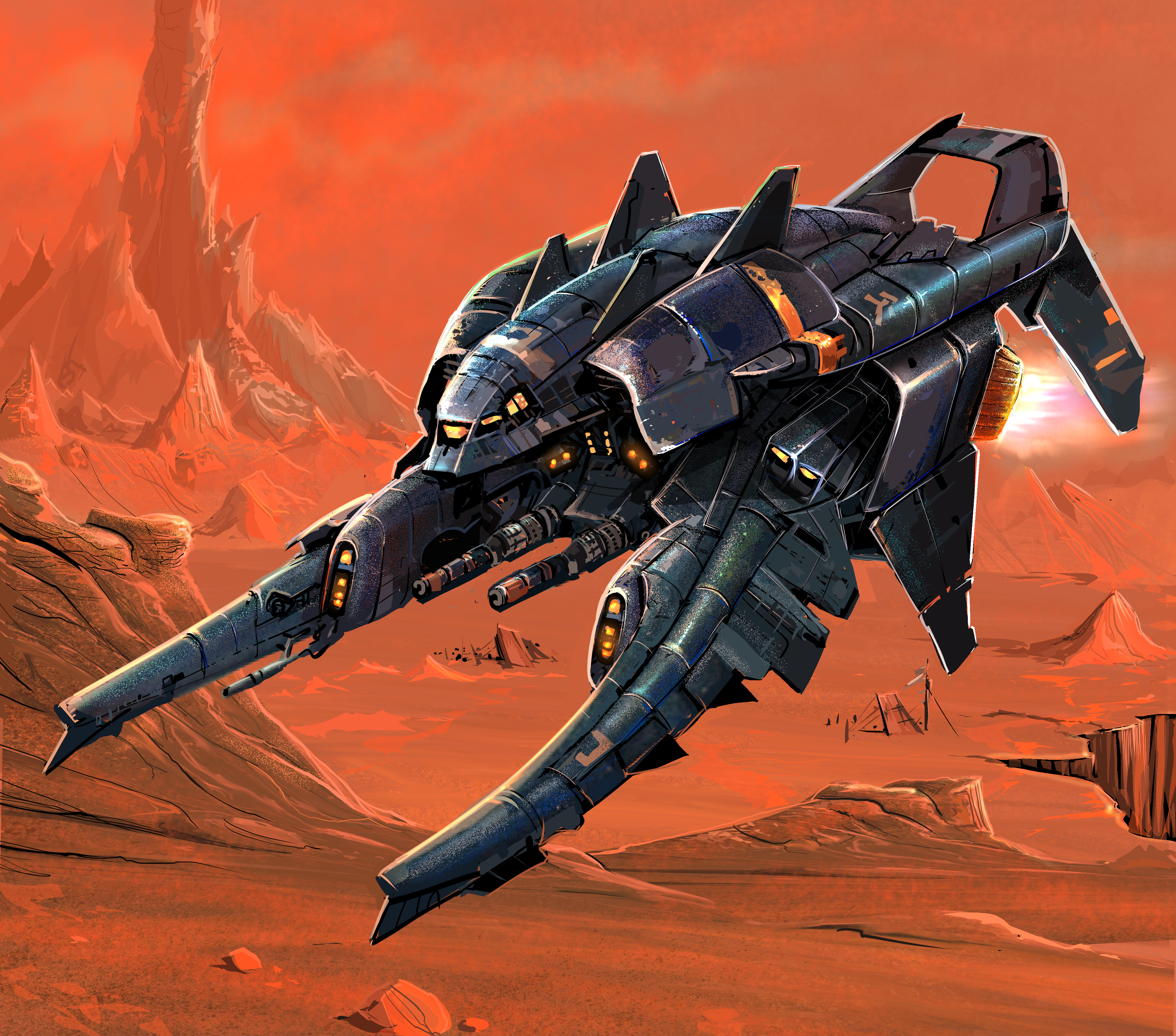 The second is actually the original but I thought the fuselage art was too Warhammer Orkish. What do you think, do you have a preference? 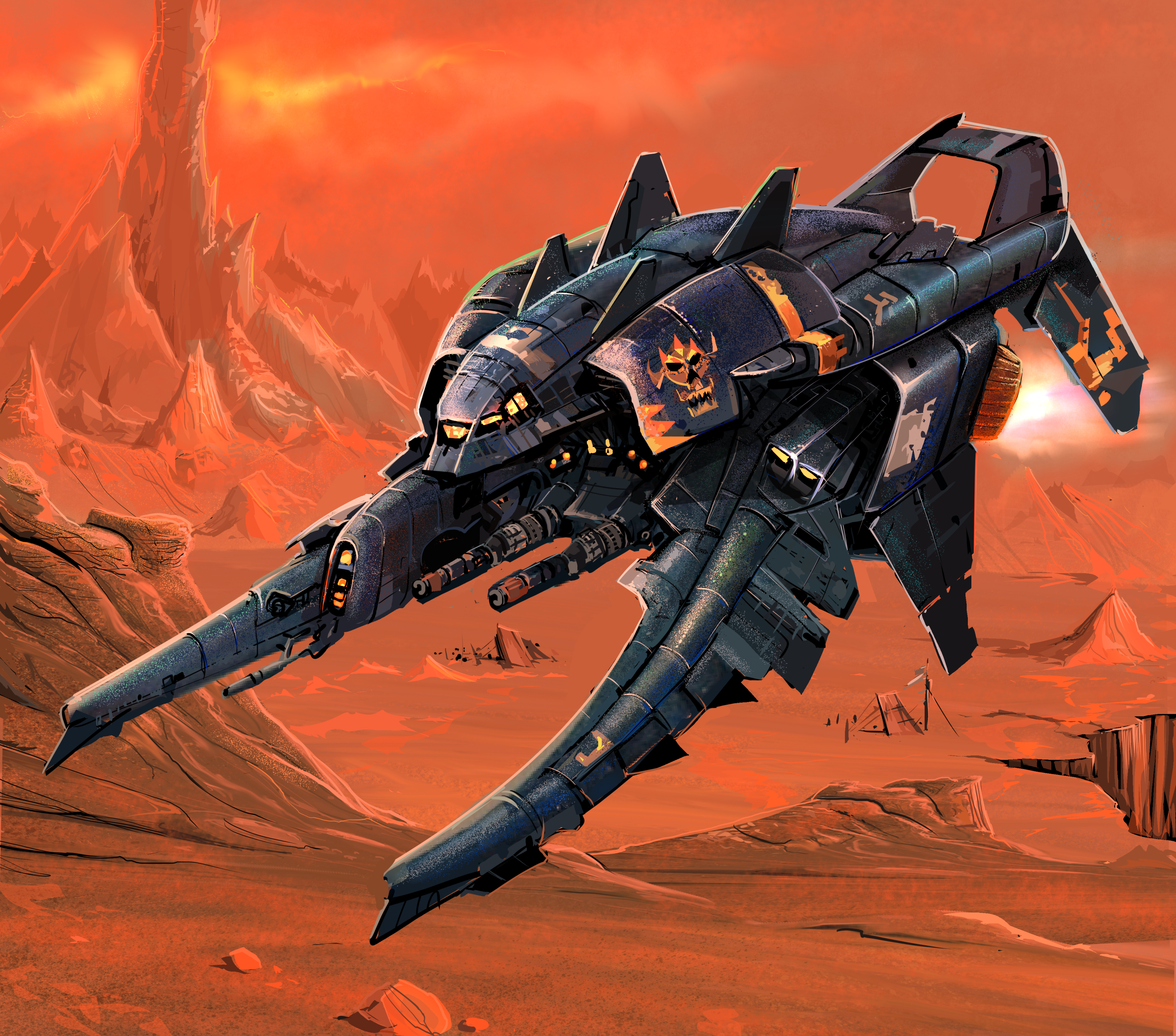 One thought on “Air Raiders Fan Art — The Wind Talon”