It’s been close to a year since my last update on Tecco Toys. These are 1/35 scale toys very similar in size to the Air Raiders. They are beautifully designed and a Kickstarter should be commencing soon.

Here’s an update from the creator posted last month:

I‘m very sorry that we ultimately can not start the campaign in 2019. Although trying as best as possible, there are still too many unresolved unknowns which need a few more weeks of time.
Rest assured, the campaign will come! We‘re about 95 % there, but I want to make absolutely sure to consider every aspect in advance to make this campaign successful, instead of running into problems after the campaign ends.
The reason for this is simple: It will be a huge campaign.
What I can tell you already:
The manufacturing will be complicated and very expensive. To keep the price for each toy as affordable as possible, we‘re going to have to produce an enormous amount of units and set up the logistics for worldwide shipping with fulfillment services.
We‘re almost there yet, but not quite.
However, a miscalculation and eventual overhead costs at a later stage could jeopardize the project, and that isn‘t an option, that’s why I prefer a careful planning above a rushed campaign.
I hope you see it the same way, you will benefit greatly from it.
That said, again my apologies for not being able to keep the launch date in 2019, but rest assured, it will come in 2020 and all people involved will be working as hard as possible to make it happen as soon as possible!
Thanks again so much for your overwhelming support, input, comments and general enthusiasm for this endeavor.
Without you guys, this oroject would not have grown to where it is today!
I wish all of you the happiest of holidays and hope to be back soon with good news for you! 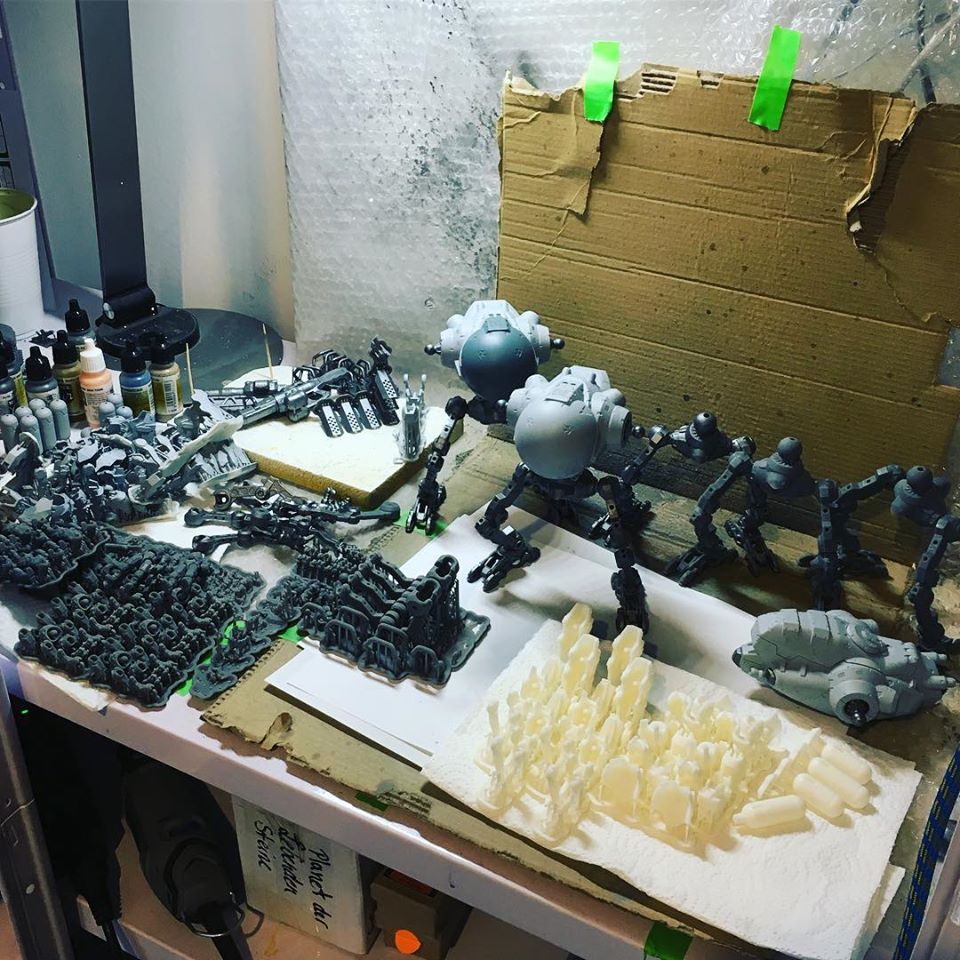 And another update just recently:

Kickstarter news: We have received the fine cut prototypes from the tooling factory. Check out the amazing quality and detail! It surpasses our own prototypes’ quality by far! 😊 We‘re still sorting out the fulfillment planning and editing the campaign video and other things before we can launch. Stay tuned for more.

There’s at least four mechs that will be part of the Kickstarter along with a variety of options for pilots that include humans and robots. One of the newer mechs features a bike that can slide into the back! It appears to be a police vehicle that includes a light fixture and double cockpit. I think there will be decals to add to that as well.

A new design featuring Exo Armor Heavy Type is now a confirmed reward in the upcoming campaign. Those look amazing, definitely would love to paint them up in Tyrant colors.

First draft of the operations manual included with each mech.

Packaging/marketing illustrations. These are beautiful and the detail is amazing.

And here’s a preview of the next Age of Mecha phase if the campaign should be successful. A mech dropship! I know it’s called the Age of Mecha but the designs are so good, that I’m hoping we get some other non-mech options like more aircraft or tanks as this line expands.

One thought on “Tecco Toys, Part 4”