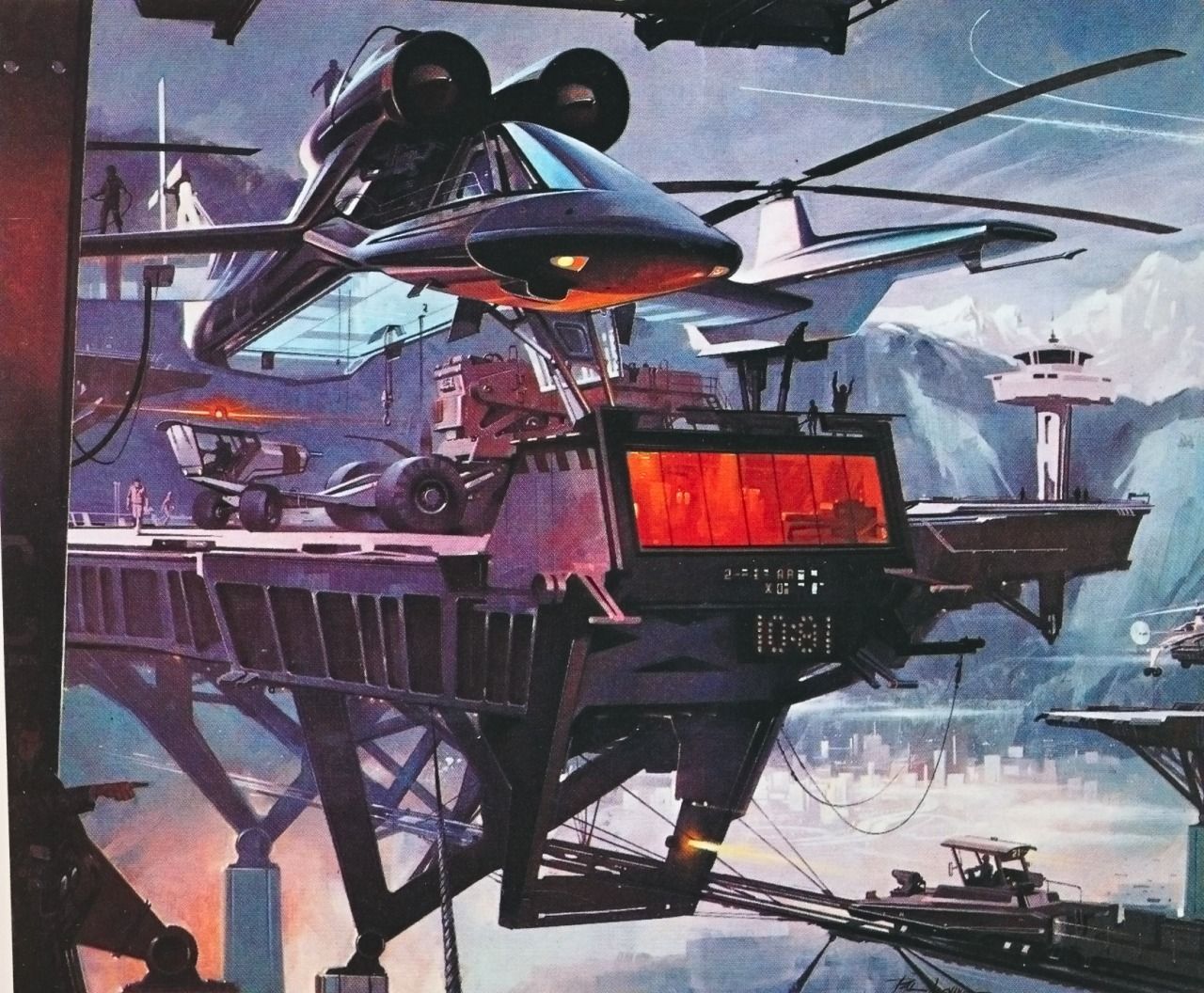 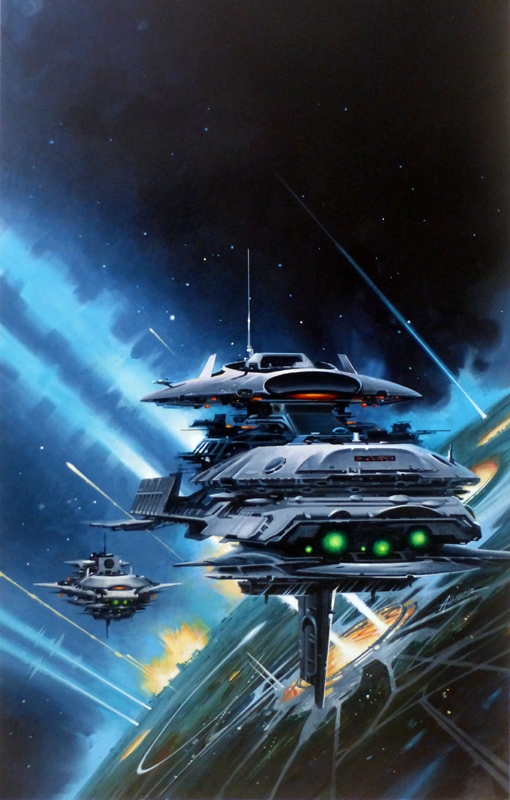 I was super excited when 3DJoes.com recently unearthed the artist that was responsible for the awesome Airlandia battle scene that was used quite a bit in the marketing and packaging for the toy line. Over the years, I had spent a decent amount of time searching for clues and asking former employees the identity of this super-talented person. I even thought I made a breakthrough when I saw a signature in the art for the licensing kit but it still came to a dead end. 3DJoes.com managed to match the artist’s signature from not only GI Joe and sci-fi work, but also discovered the artist did work for Air Raiders too. Apparently Hasbro had a no-signature policy so we are fortunate some snuck through.

Anyways, the artist in question is Paul Alexander. Here’s a bio from the online gallery selling his art:

Paul Alexander worked for architectural firms and then in advertising before signing with an artist’s rep agency in New York City – which brought his work to the attention of Ace Books, 1977. Impressed by his command of hardware and machinery illustration, Ace gave him dozens of SF assignments and over the next two decades Alexander built a national reputation among fans of the genre working for Ace, Ballantine, Fawcett, Del Rey, Baen, and others and many magazines. Although he was proficient at illustrating people as he is machines, he is still best known for his high-tech illustrations – “one of the top “gadget” artists currently working in the American paperback market” wrote Vincent Di Fate, who featured Alexander in his “Infinite Worlds: The Fantastic Visions of Science Fiction Art” ( 1997). Paul’s work was also selected for “Spectrum: The Best in Contemporary Fantastic Art” Volumes #1-4. Paul worked for Baen Books well into the 1990s, most notably doing David Drake’s “Hammer’s Slammers” series, and Keith Laumer’s “Bolos” series. When the computer entered the scene, it was time for him to end the commercial part of his art career – because he would only created art the traditional way – by hand, in gouache!  He never owned a computer, a digital camera, nor a cel phone.  And he liked it that way!

I mashed up a few signatures below. The one on the left is from Air Raiders battle scene, the middle is a GI Joe catalog and the last one is from one of his sci-fi covers.

Unfortunately, no Air Raiders art are for sale on that site. I suspect he did most or all of the other box art as the Hawkwind along with several others look like his style though the lack of  signatures make that more difficult to really know. I contacted the gallery and she shared this:

Regrets- But according to Paul, none of Commissioned toy/model/game packaging Art was ever returned to him by the companies involved – they worked Through his commercial Licensing agent at the time and He doesn’t know what happened to them. I can tell you this: in the 12 or so years that I have been representing him in sales of original art I have never seen Any of them. 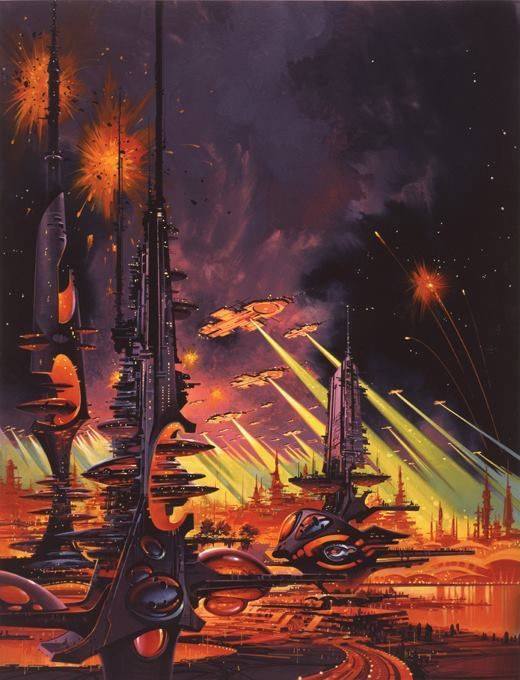 the art was kept by Hasbro and now hangs somewhere there or in the attic of a former employee or in the trash (hope not). Maybe we’ll see some pop up on ebay someday.

Well, that mystery is finally solved. One of my pet peeves has always been when great artists go unrecognized for what they did. I’m happy to shine a light on another obscure bit of Air Raiders knowledge. I just wish I knew what happened to the original art. Big thanks to 3DJoes.com for their detective work!

Also, enjoy some GI Joe art he did too! 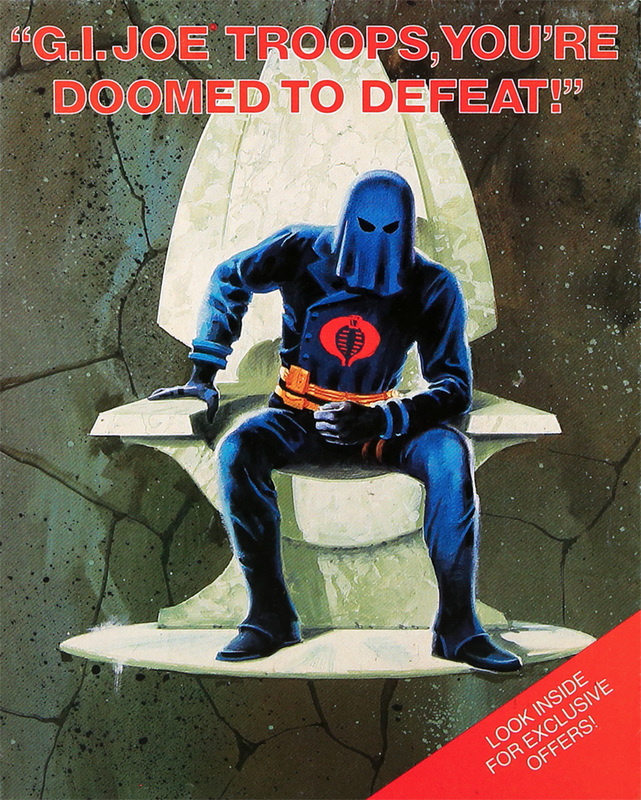 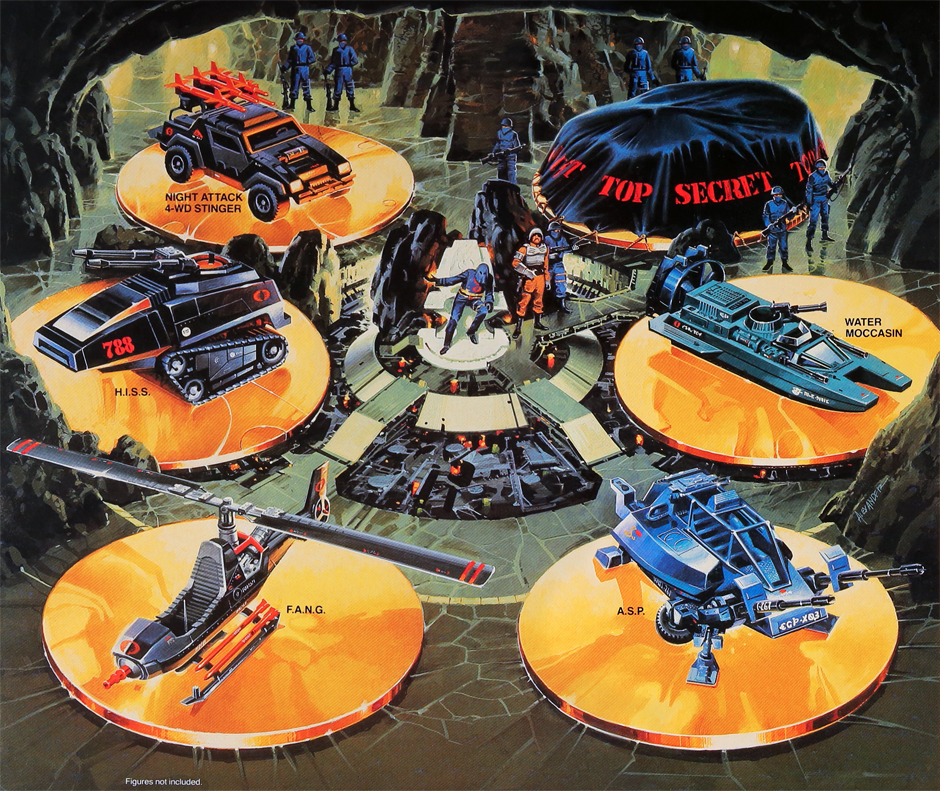