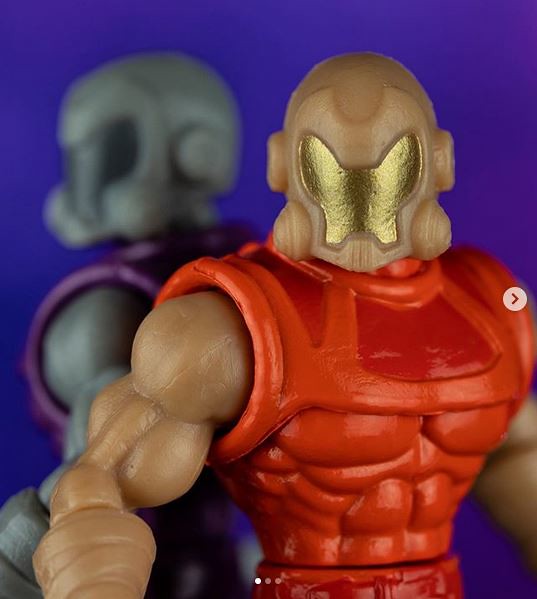 There was a recent post about some Warlords of Wor/Glyos figures that a toy enthusiast had painted to look like Air Raiders (see here). Warlords of Wor is a line of 3″ action figures that are fully compatible with all Glyos System products. Glyos figures have a peg & socket joint system that makes them completely interchangeable with one another, allowing for limitless build options.

Now, ManOrMonster? Studios, the creator of those figures, has gone and made several versions of rebel and tyrant soldiers. Also, I love the logo art they created, they matched the colors and the 3D swoosh really well!

First off, they are referred to as Air Rebels and Wind Tyrants and each faction has four different figures. I’m not too sure about the cobra figure 🙂 but the rest look fantastic. There’s a fully-visored helmet that looks closest to the Air Raider soldier. There’s also two open-face helmets that I’m debating whether I could paint them to look like Rokk or Fury. I’m curious if they all come with interchangeable pieces or if it’s WYSIWYG. I’d like to use that awesome claw arm to make a version of Baron Jolt although I’m not sure which helmet would work best. I’d also like to use that figure for Fury but hopefully I could switch out the arm.

Anyways, these will go on sale in the next week or so so, and hopefully we’ll all have a chance to get some! Kudos to ManOrMonster? Studios for making such great figures!  I hope they will do more in the future.