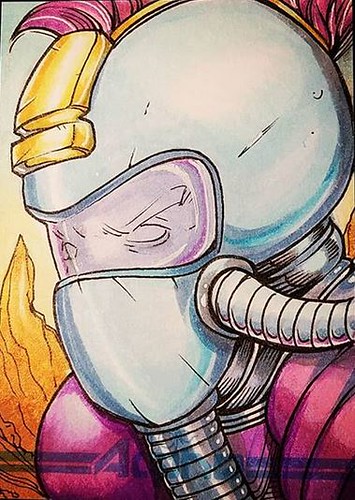 ew Cosson (see his talented work here) did a great head shot of the General Stag figure I posted a while back (left).

From his site:
General Stag an unproduced character figure for the Hasbro line Air Raiders. Gen. Stag had no colors so I took the liberty of my own choice bases on the mail away figures of this line.

For those who don’t remember or haven’t seen the blog post, General Stag was a figure that was sculpted early on in the Air Raiders design process. The designers ended up ditching the concept and moving on to other ideas (see the Stag post here). I initially spotted him in early photos of the Air Refinery, posing with a few other mystery figures. See the figure below.