The first come from battlegrip.com and show some cool drawings of the Thunderhammer, Thunderclaw and Wind Seeker. Granted, they were obviously traced but they still look nice. I really like the sketchy quality of the Thunderclaw and Wind Seeker. The Thunderhammer ad is from December, 1987 in The Chicago Tribune.  The other one is unknown. The Tribune ad is clearly from an earlier time as the prices are still normal while the prices are bottoming out in the unknown ad. I’d like a few Wind Seekers for $1.49! 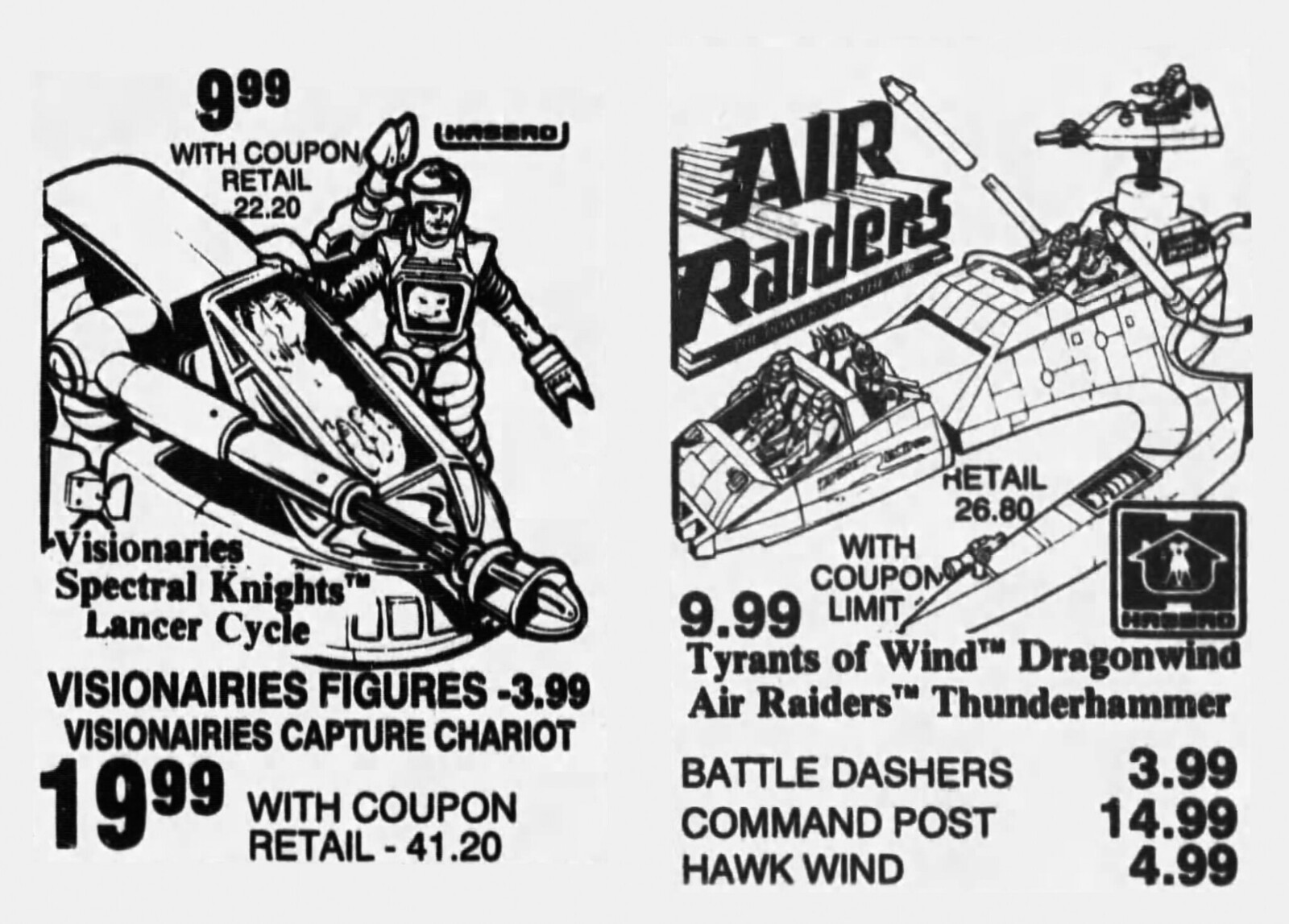 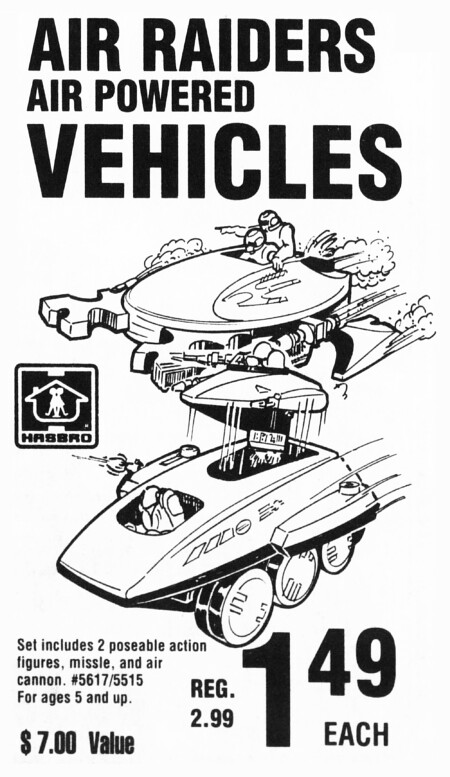 This last one comes from The Times in Shreveport, Louisiana, dated Wednesday Nov. 18, 1987. The Air Raiders art is sadly, pretty small in this layout. It’s a shame because it seems like the artist actually drew something original or maybe from photos as they don’t look like the box art. I decided to post it because I also like the art for the GUTS guys and Supernatural Warriors.