July 25, 2019July 26, 2019 Posted in Air Raiders, Air Raiders community, mold, Toys
Awesome news, Talyn aka ThePlasticGeek is moving forward on his Galaxy Marauders figures. The original posts can be found here and here.
As previously noted, he’s been working on expanding the 2″ Air Raiders figures to a larger size using a hydrospanning technique. We’ve seen pictures of previous attempts of the Air Raiders rebel soldier, the Tyrant Enforcer and the Tyrant Enforcer squad leader. The picture below shows the jello-like figures created by the hydrospanning process. 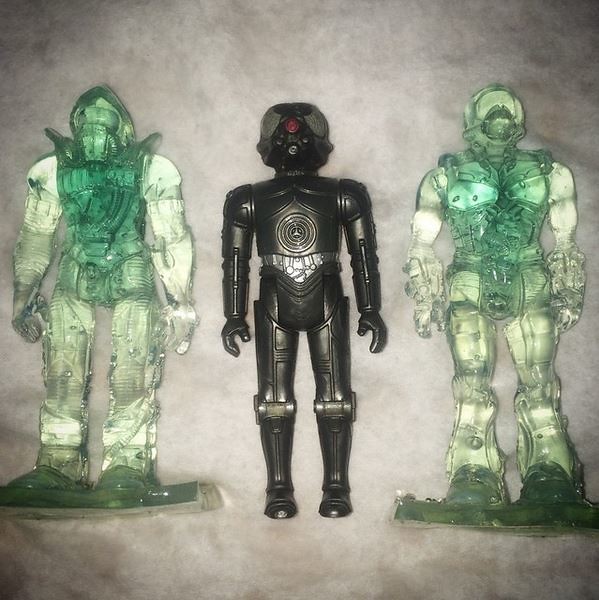 Recently, Talyn had success with the final step of making a resin copy of the Enforcer figure from the hydrospan mold. These initial figures have arm articulation but not with the legs (hopefully someday!). 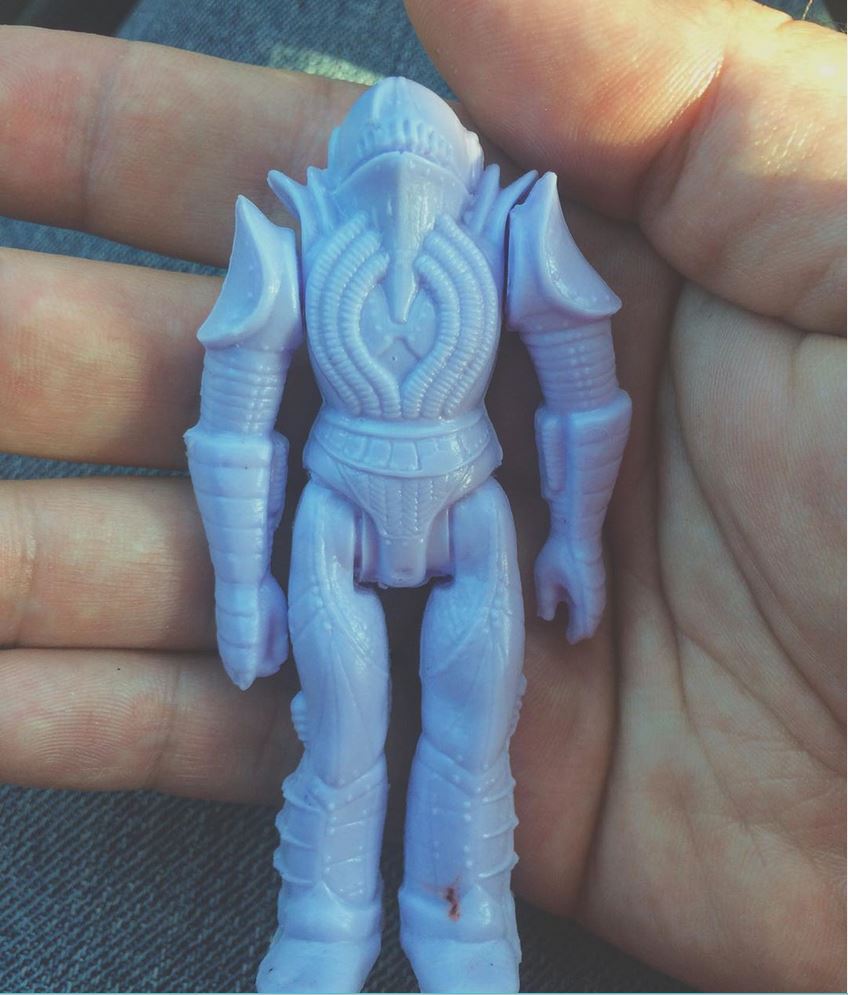 Here’s the process again from Talyn:

Yeah so it was these steps:

– make hydrospan castings from those molds

– soak the hydrospan castings to enlarge

– Make a resin hard copy from that new mold.

What I find fascinating is that he has to keep those hydrospan casts, made in 2015, soaked 24/7 so they stay enlarged.

Moving on, here’s some shots of the arms with the peg holes drilled and the casting that was created. The holes around the figure are locking points for the halves so they stay lined up properly, and the sticks are pour and air vents for the resin. I really get a kick out of the Legos being used! 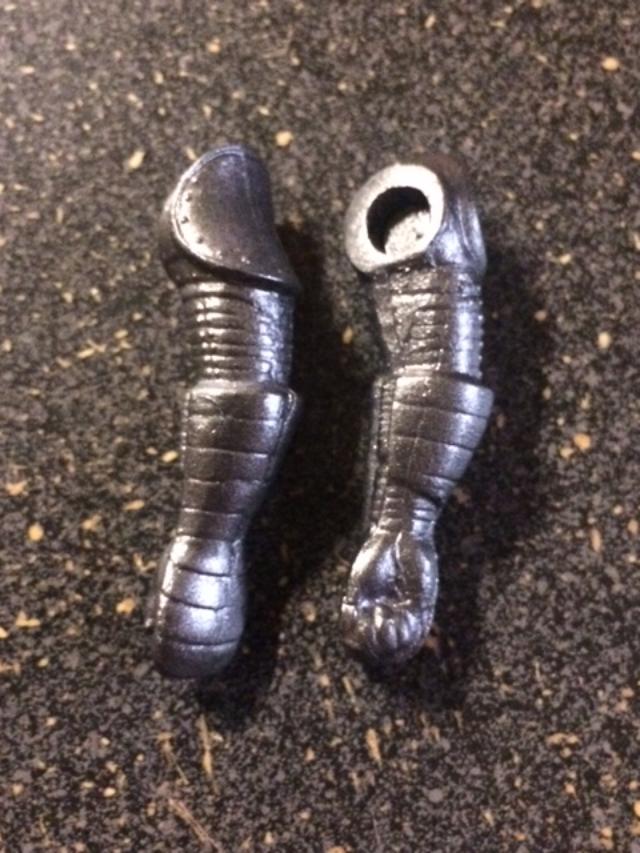 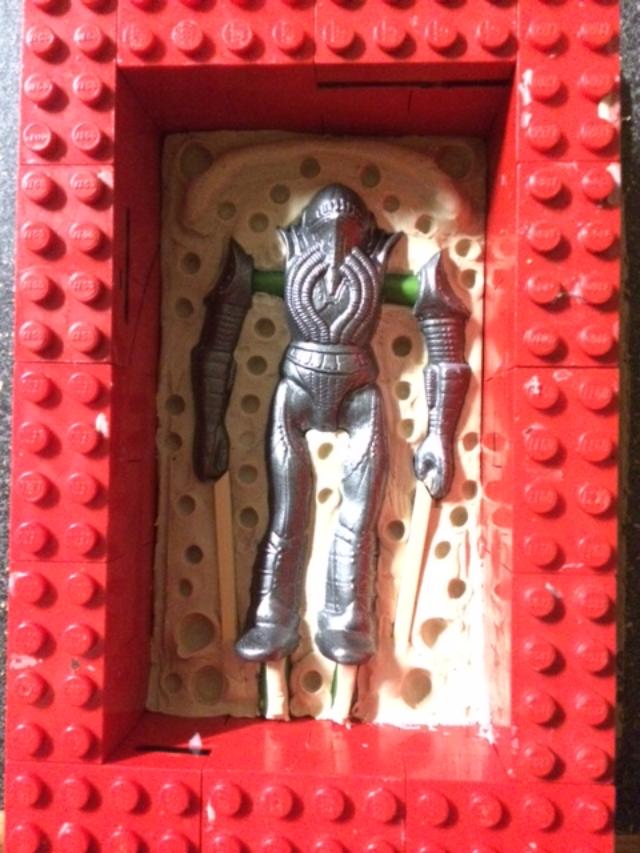 And here’s an update on other future figures:

I’ve still got an enlarged body of one other sculpt and the standard soldier as well but it had a big bubble in the face so I’ll have to see if I can fill that in and make a mold of it as well on this way. Unfortunately the place that made that [hydrospan enlarged castings] doesn’t have much anymore and what I had went bad, so enlarging other castings isn’t for sure yet.

Lastly, there’s going to be a sale soon with various themes. Make sure to drop by this Saturday! Check out the vampire, Joker and Dr. Doom versions below!

And again, if you’d like to read more on these figures, go here and here. 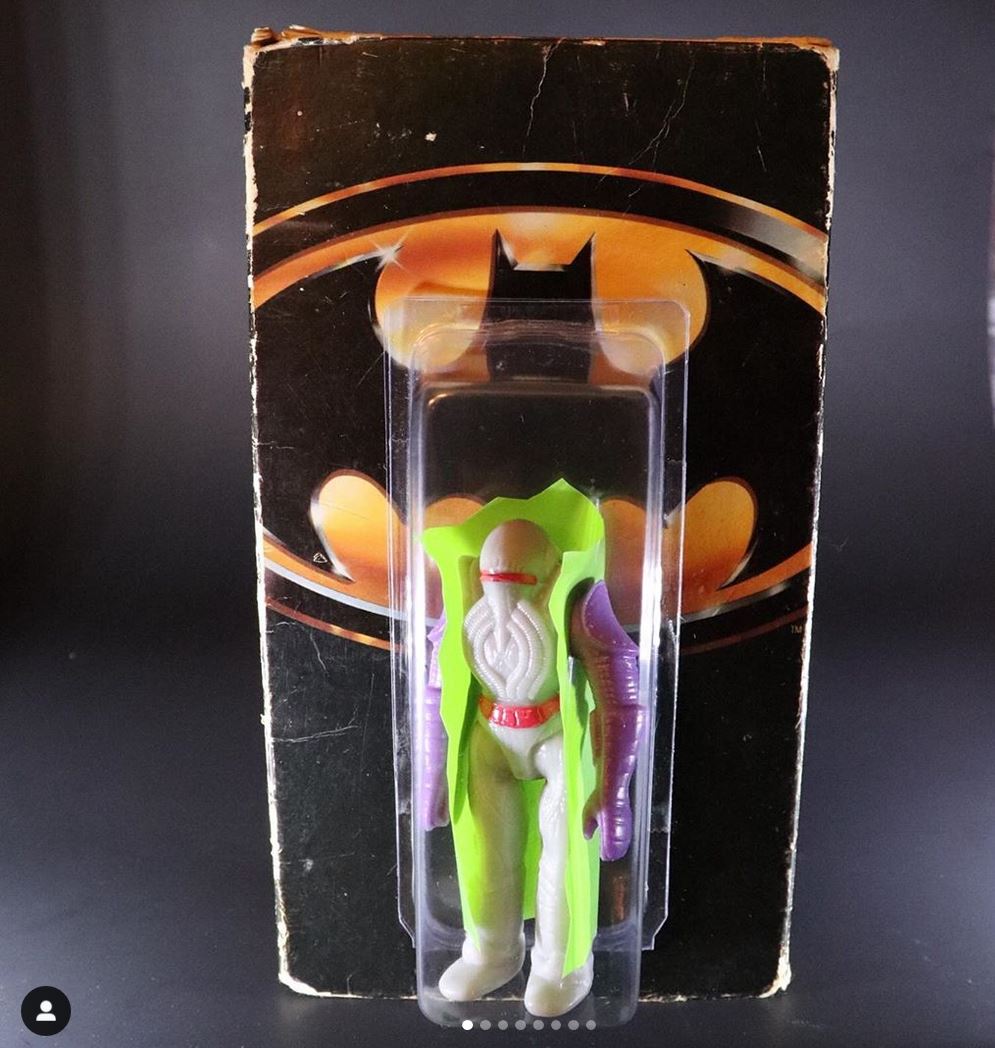