Sunok Studios is a toy company founded in 2012 and run by a former Games Workshop designer and sculptor. Several years ago, the company launched a Kickstarter to create a series of 1:18 scale figures (slightly larger than GI Joe) for a property called Hell Screamerz.

The basic Hell Screamer figures stand 4” tall (1:18 scale) while the bigger stretch goal figures stand 5″ inches due to their heavily armored physique. Despite the height, the 5” figures are still a part of the 4″ family. Each basic figure has 15 points of articulation ranging from feet joints, to wrists, as well as the mid section of the waist, and the classic ball socket neck joints.

The background for the Hell Screamerz universe:

Beyond the known concepts of time and space, beyond all notions of good versus evil there is the dominion of the Hell Screamerz. Gathered together from various realms of existence they are merciless interdimensional beings. An armada unlike any seen before, whose harsh doctrines are the winds, which fan the flames of war and desolation. Now only humanity stands in their way of universal subjugation. Expanding their reach to the stars beyond the Sol system, the men and women of the Divine Hammer embark on a journey to find the mystical Creator. Only it can show humanity the way to defeat this insurmountable evil, but at what cost? The Hell Screamerz stand primed and battle tested for the ensuing confrontation. They are ready to teach the Divine Hammer the true meaning of fear.

The Kickstarter was a success and Sunok Studios recently made another addition to the toy line called Retro Screamerz. These will be the same size and articulation as the others and are repaints of some of the Hell Screamerz soldiers. 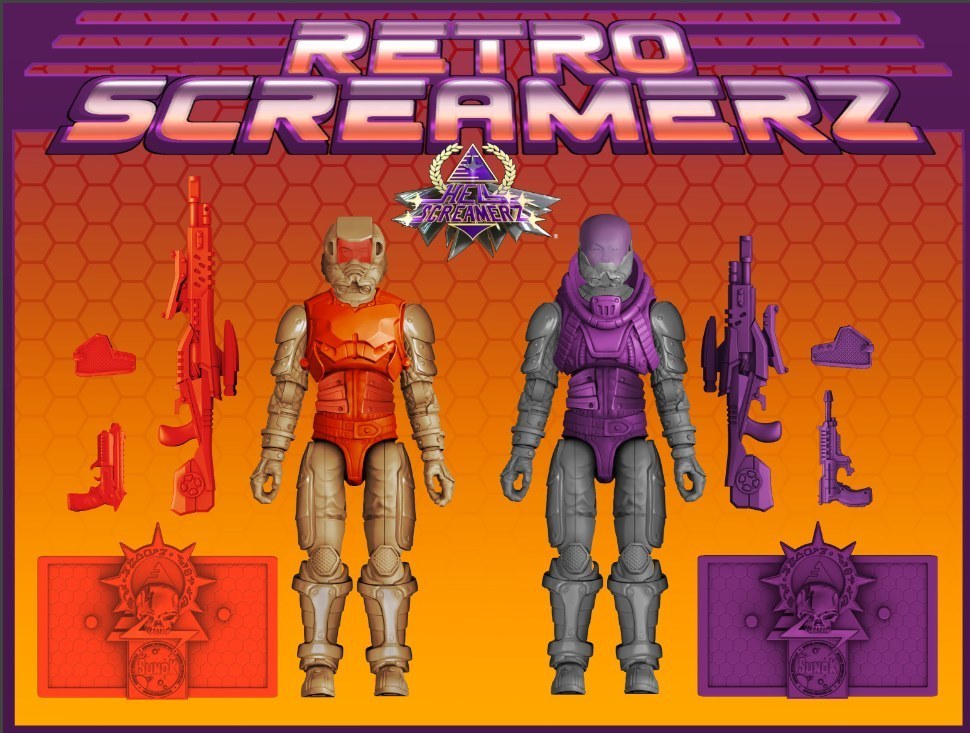 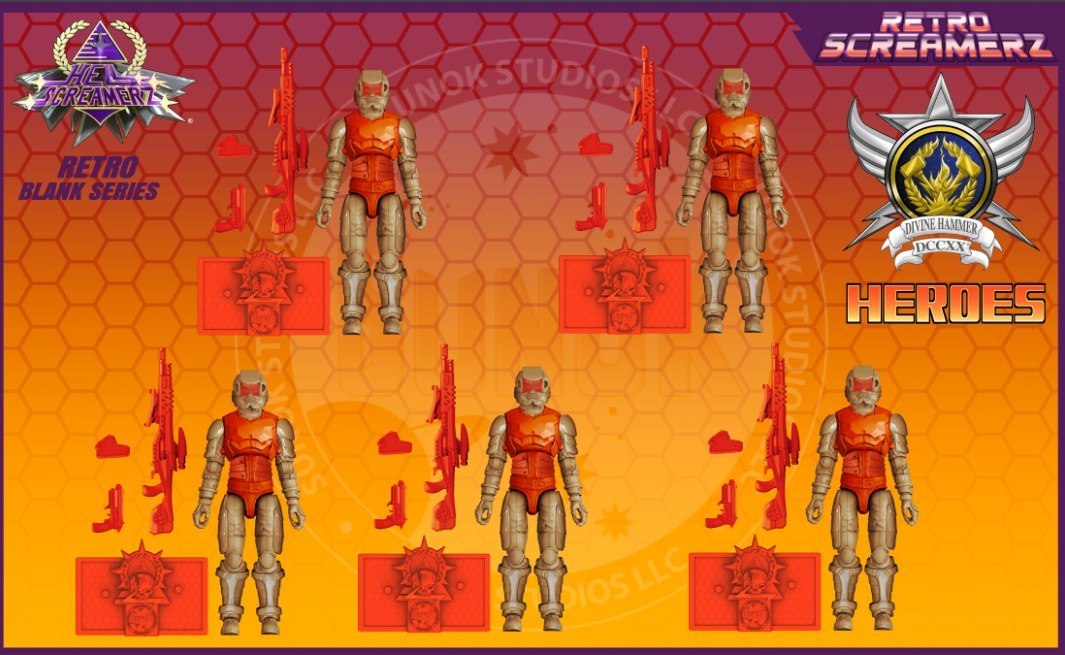 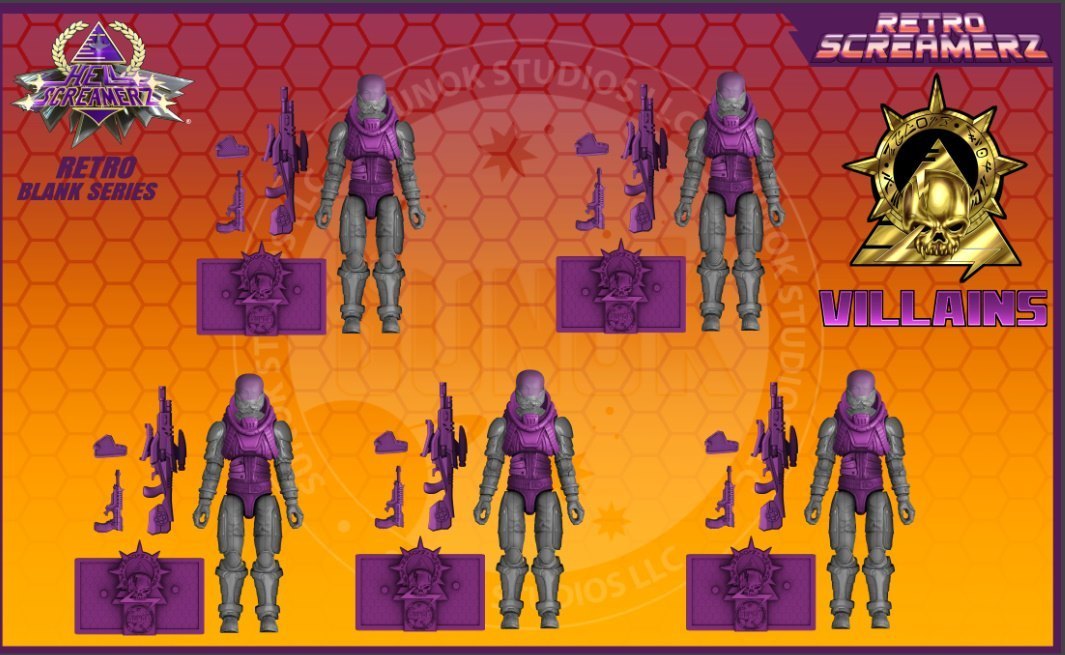 Now, obviously these are not carbon copies of the original Air Raiders figures, especially with the Enforcer. The Battle Squad rebel warrior looks pretty close though and the conquistador-style helmet on one of the larger deluxe figures (not produced yet) certainly reminds me of the Enforcer officer, Lieutenant Ratt. Still, they look great and who doesn’t want to own larger figures that look like a favorite toy line? 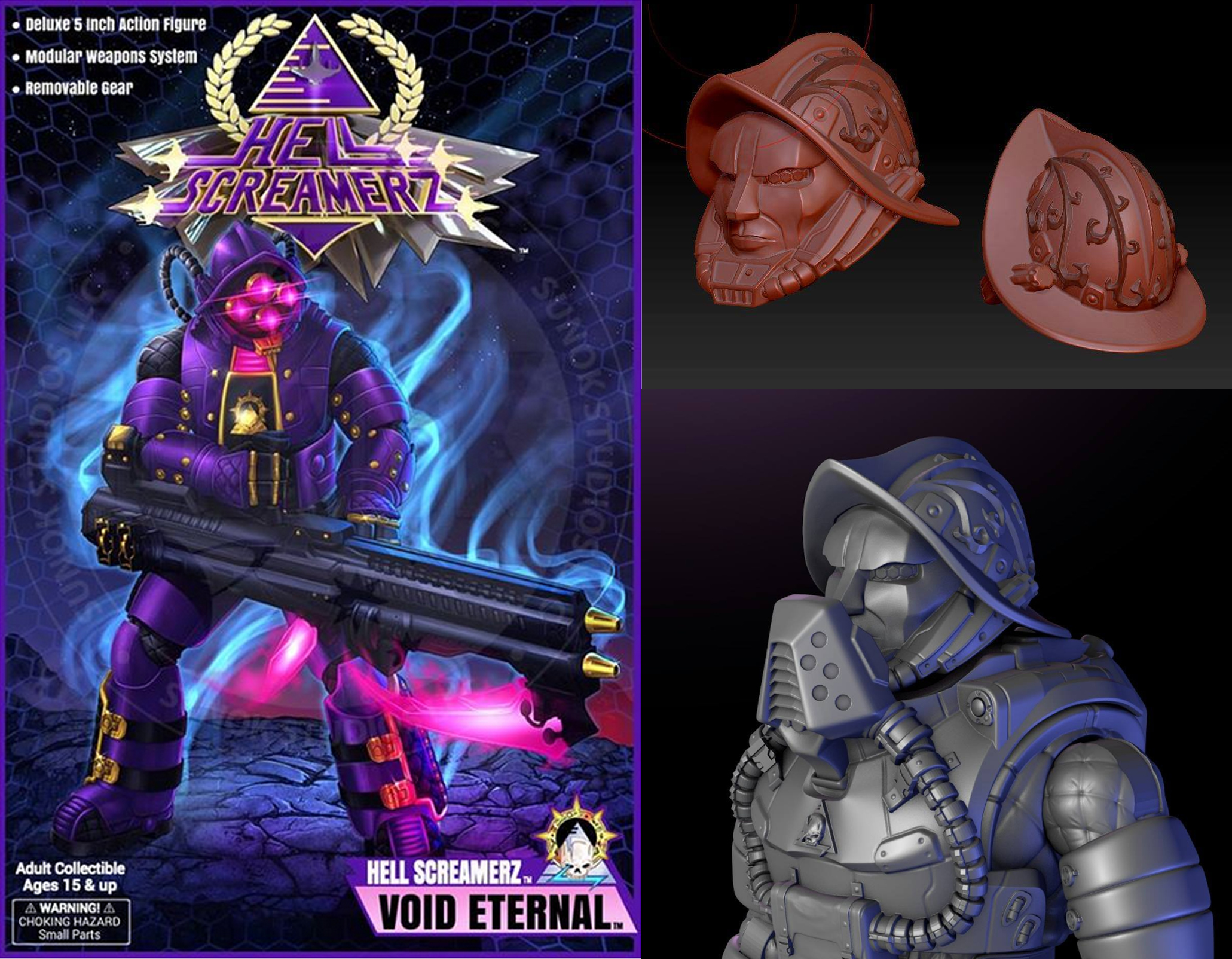 For those interested, there is a limited window to order some of these. You can buy a 5 member squad of either side or a 2-pack that would have one of each figure. Also, keep checking Sunok Studios’ Facebook page for future updates.