This is another post on the origins of our favorite toy series. Here are previous installments:

Here’s the early story pitch for Air Raiders, back when Steve Reiss first created the concept and it was called Air Masters. First off, it takes place on Earth! This branch of humanity, separate since the continents drifted apart, now live on a south Pacific island close to Antarctica. The island is isolated like Skull island from King Kong as thick fogs and magnetic distortions keep it hidden and habitable.

The villains of this version are not the Tyrants of Wind or evil despotic overlords controlling the air. They are basically some sort of evolutionary bat-mutant called the Wind Demons and they have disgusting organic weaponry. There is no mention of dynamic air, air refining or other resources. The Air Masters are not rebels but a society, based on biotechnology, that’s fighting a rival society over limited real estate.

Lastly, we have some vehicle descriptions. I was excited by the first entry as the Sail-Air has been seen before. It’s actually the translation for one of the Storm Dagger stickers. At the time, the translation was a curiosity but now it makes more sense. The description mentions a spring or manually operated feature which is interesting that they considered spring mechanisms at some point. It also mentions the bellows launcher which was obviously one of the earliest ideas to make it through to production. The other vehicle is the Tank-Air, and the description is pretty vague although it mentions a smaller vehicle launch which ended up being a Man-O-War feature. The 1″-1.5″ figures would have been injection-molded figures which makes me wonder if they would have had any articulation.

Here’s the full page below. It’s very interesting to see how much the marketing department changed the overall concept. I think I’m happier overall with Airlandia being it’s own planet with the politics and environmental stuff involved rather than the island war, although a crossover with GI Joe or some other Hasbro property could have been much simpler. 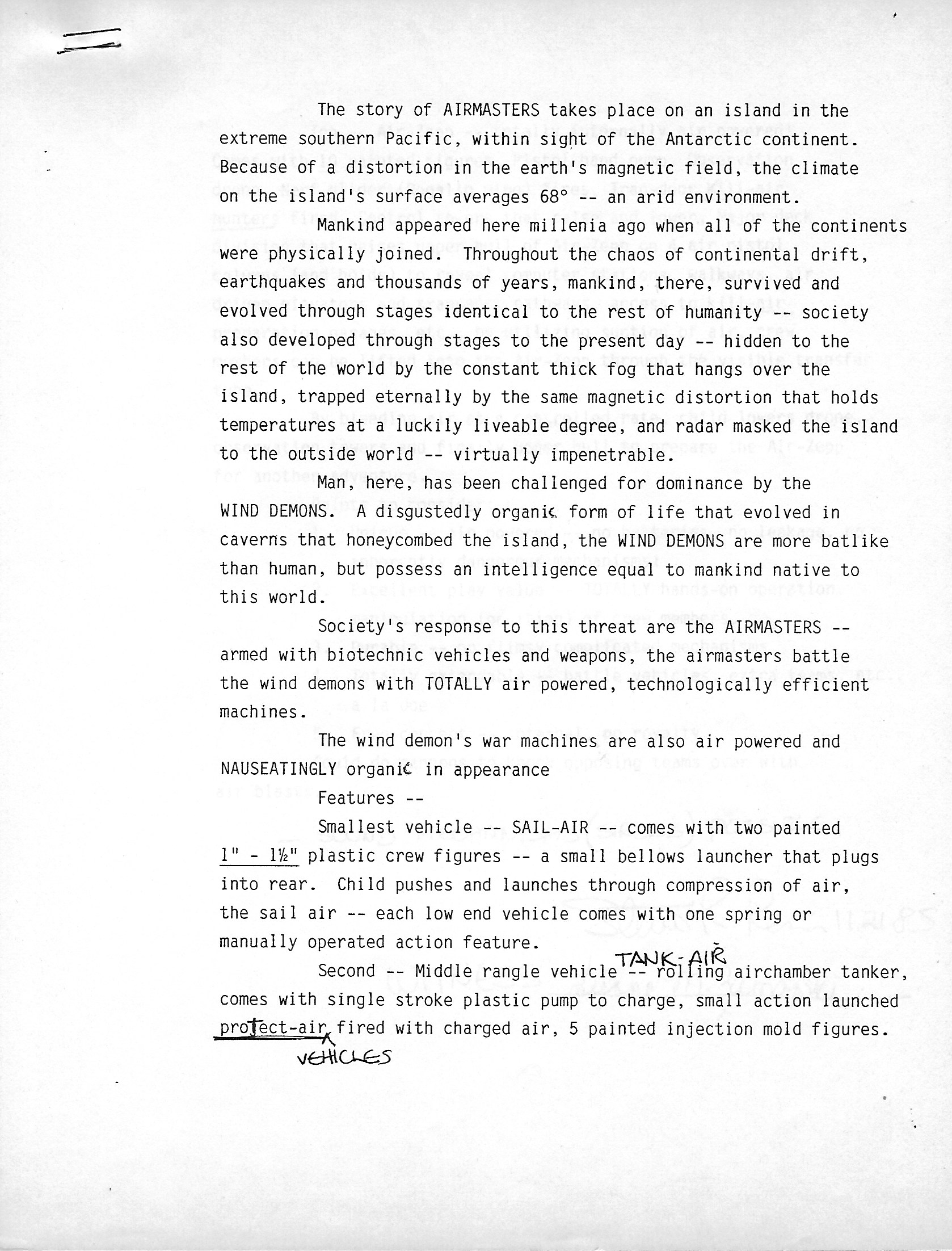