V I N T A G E trade advert from 1987 for JEM and Transformers being the top two rated kids shows in weekend animation and introducing Air Raiders which never made it into a tv show. You just can’t beat a good Sunbow Classic, great writing and beautiful animation! 💙💙💙’ 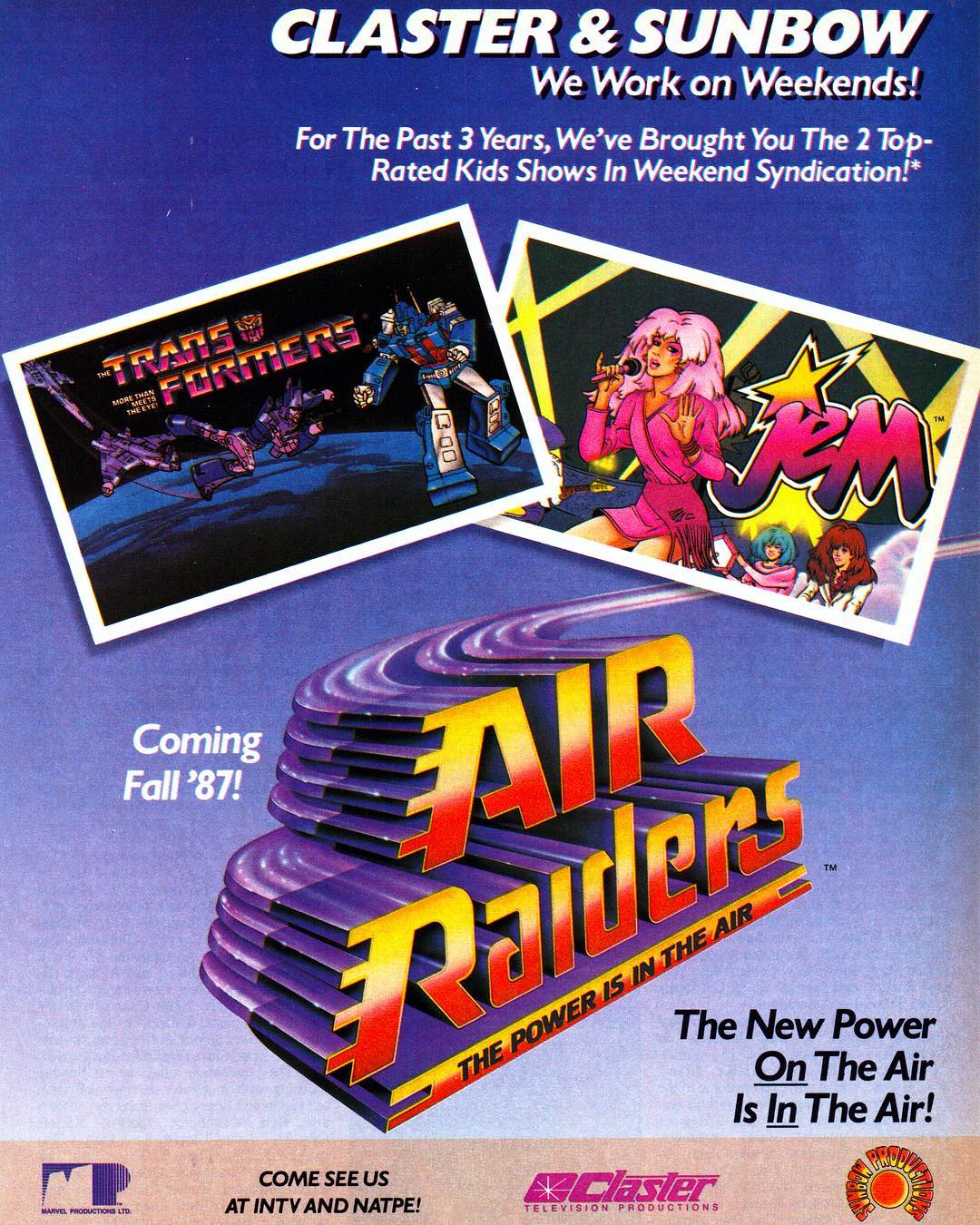 Claster and Sunbow, We Work on Weekends! I have no idea what that’s supposed to mean. Maybe suggesting that kids could still watch the shows on Saturday?

Sunbow Entertainment was of course the studio that produced various shows like GI Joe, Transformers, Jem, Inhumanoids and a few others. The animation was actually done by Japanese animation studio, Toei Animation. Claster Television was Hasbro’s syndicated distribution company.

The advert is interesting too because a quick look at Wikipedia shows things weren’t so great right after this was created.

By 1987, most of Hasbro’s toy lines were losing money and internal struggles forced the company to end popular series such as G.I. Joe and Transformers.

So I guess the Air Raiders cartoon wasn’t the only thing they got wrong! (Although Jem did survive another year…)