It’s been fun to come across old sketches, prototypes and and other special stuff related to the Air Raiders. Sometimes though, it leaves me wanting more. In this case, I’m talking about the Wind Reaper, the Tyrant’s answer to the Man-O-War. Now, replicant01 and I have already done some art commissions (here and here and here) thanks to some great artists, but I wanted to go above and beyond what we had already done, especially because I love the design for this particular vehicle. 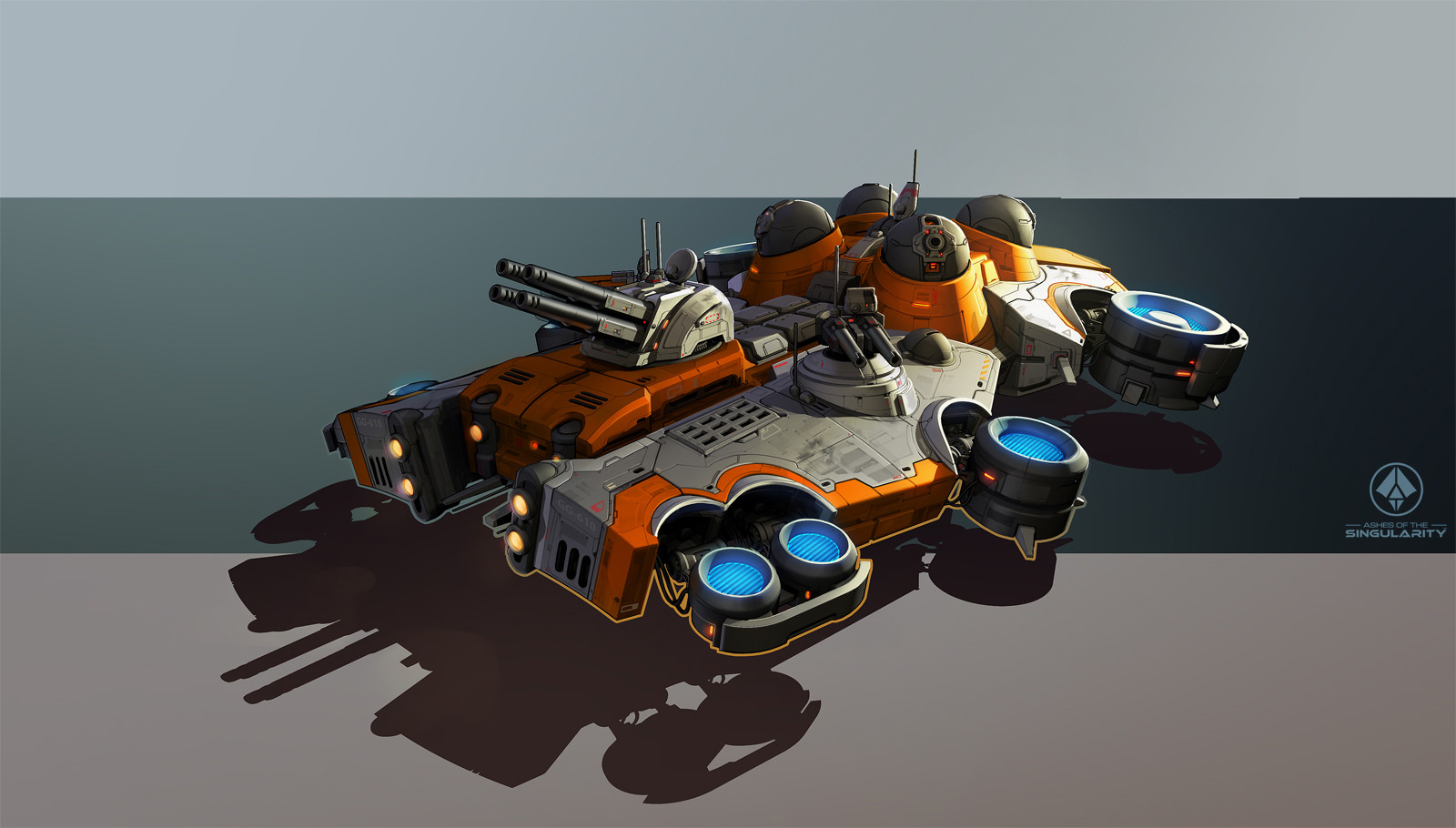 I came across the portfolio of a really talented artist named Bryce Homick who had done 3D art for video games (including the tank on the left from Oxide Games’ Ashes of the Singularity) and realized that’s what I wanted for this next project. Bryce (or zombat) had a great attention to detail and was obviously very creative. I sent him the few sketches that were available for the Wind Reaper and he jumped right in. 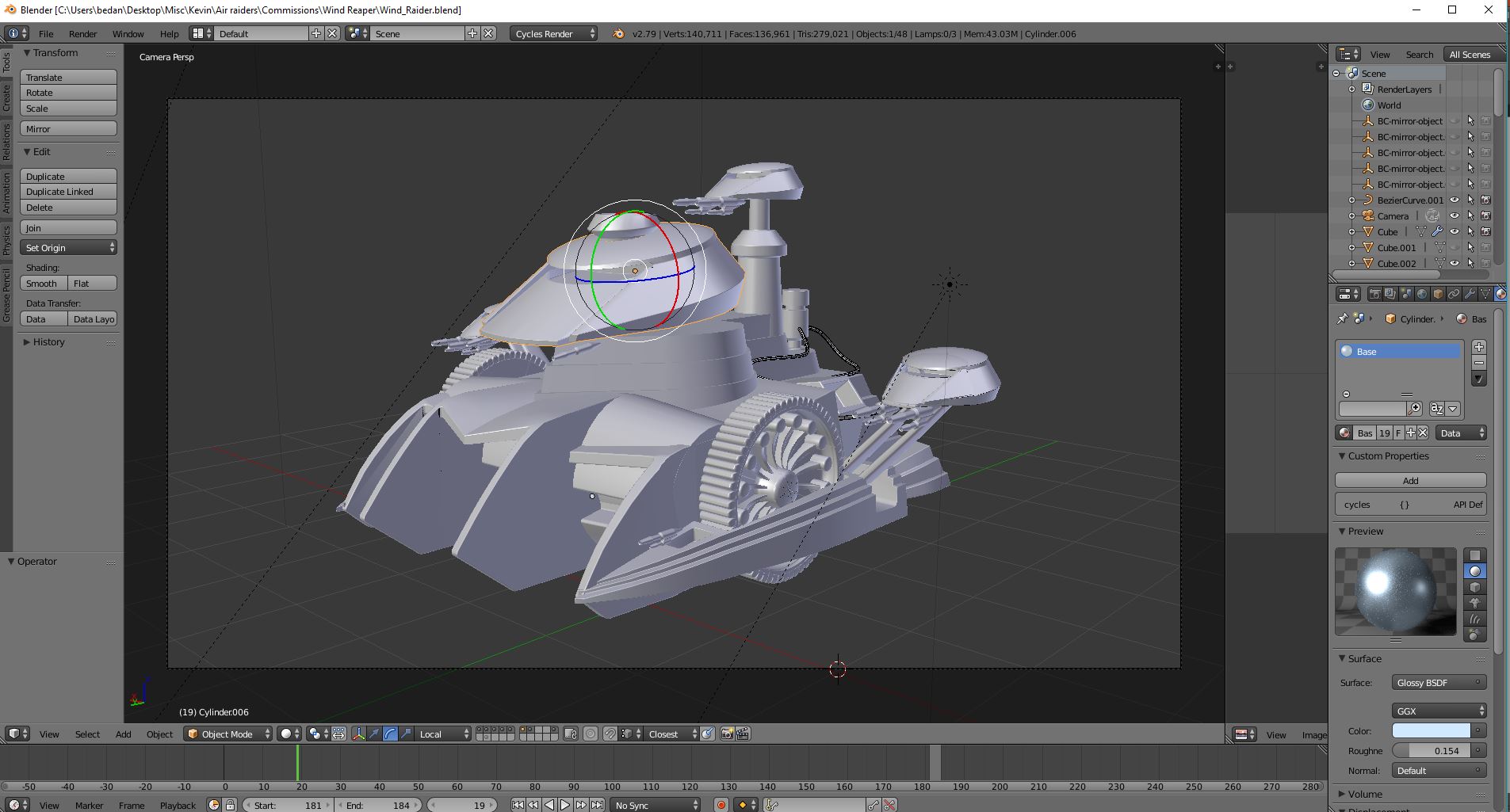 We settled on the particular angle that I wanted (below, left) because I always like the art to look like the original box art. This was important too, because while he would create the bare bones in Blender, the specifics would be added in Photoshop so the vehicle would not have all those great details from every perspective; this included the guns, tubes and even the colors!

Below is the first color proof he sent. We were trying to hash out a good background color and finessing the details or “greebles” that would go on the final design. The original Hasbro sketches actually lacked a lot of tech-looking stuff and I struggled with keeping it “loyal” to that or making it look a little fresher. I ultimately decided to give the green light to add them as I believe they give it a more finished look (see the final art). Notice the ominous green light in the front as the main vacuum area opens? That was Bryce’s idea. And I love how well he did on that spiral pattern on the big wheel. 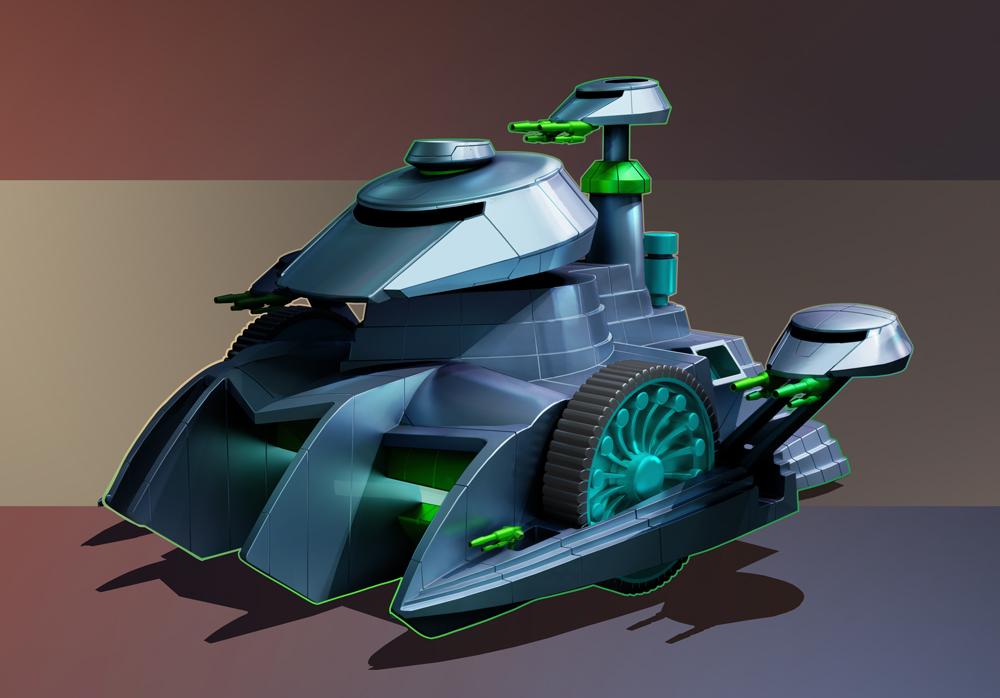 And after a surprisingly short amount of time, he turned in this awesome piece of work. The lighting and shadows are very well done. The colors and details look wonderful and I had not asked for the tank crew but he added them later which was a nice touch. We decided on a simple background to make the design pop out to the viewer. I’m pretty excited with how it came out and hope you guys like it too. 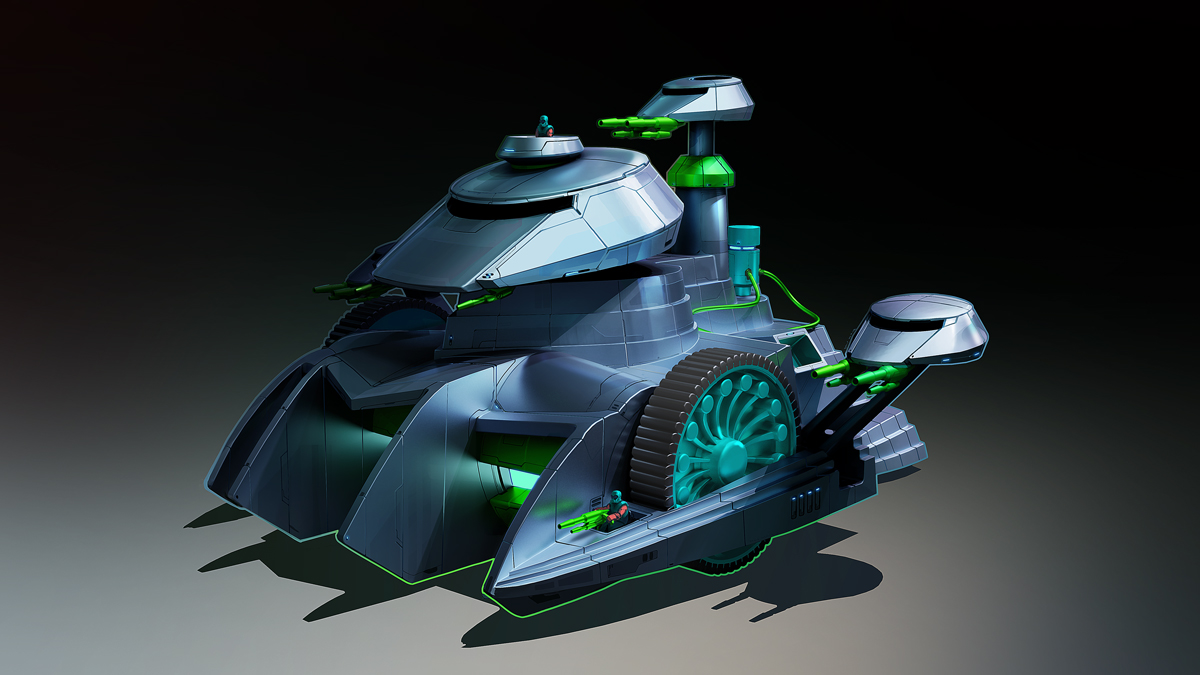 So a big thanks to Bryce Homick for his great work and to replicant01 for all his help with these projects.

6 thoughts on “Return of the Wind Reaper”