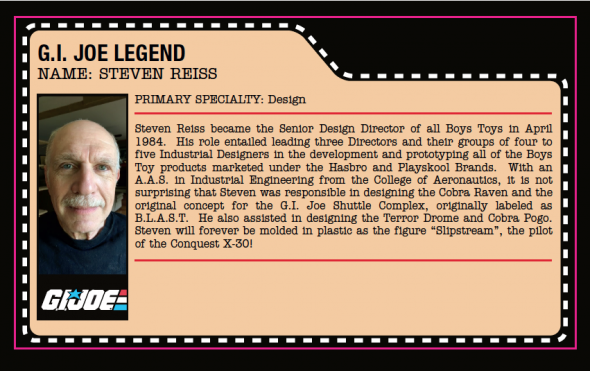 I was fortunate to speak briefly with Steve Reiss, former Hasbro Senior Design Director for Boys Toys. He has a long history of toy design, starting at Tyco Toys and then moving on to Playskool before they were bought out by Hasbro in 1984. As a Director, he was head of 15 designers working on many or all of the Boys toy lines from 1984-1988. He oversaw model-making, took part in preliminary engineering and did his own designs on various lines including GI Joe where he came up with the iconic Night Raven (one of my favorite aircraft in the line). 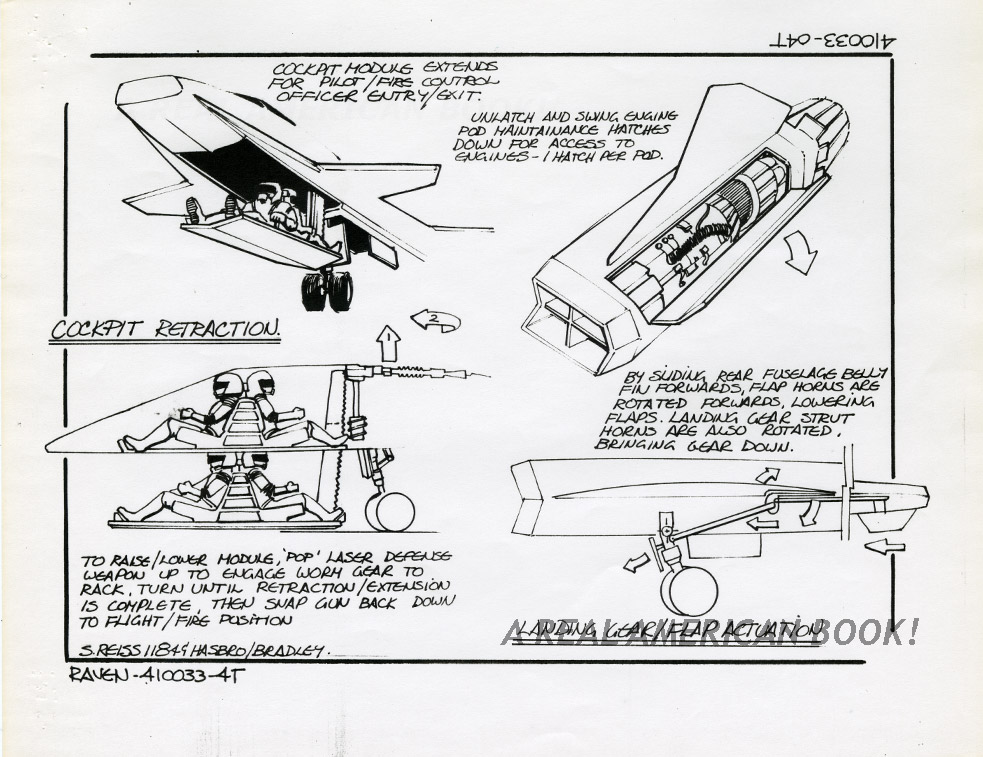 Why am I posting about him? Well, it turns out that Steve also created the Air Raiders!

Steve Reiss: Oh yes, Air Raiders! How could I have forgotten them? I have to look to see what I may even have left from that product line that I invented for Hasbro. The line was my invention for sure and the Boys’ group did the design once management approved the concept. By the way, when I proceeded the air-powered line, I called it Air Masters but marketing changed it to Air Raiders. Glad that some of my work is still bringing some joy to kids…of ALL ages.

I’ve seen Air Masters titles on some of the earlier sketches like this one of the Command Outpost dated to March of 1986, so work had already begun when they eventually changed the name (by July according to some other dated sketches). 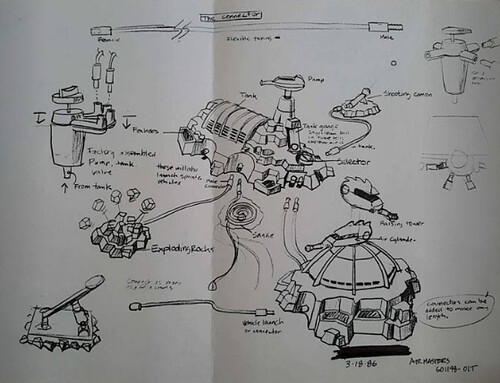 So, just a little fun piece of knowledge for those who always wondered where the concept came from. I have some additional info to share in future posts about what the original look and story line would have been before marketing changed it.