This is a short week here in America due to Thanksgiving, so I have very little time to publish something; however I did come across this picture which reminded me of a recent post about plastic. A poster named notpicard added this pic of a Tyrants of Wind Enforcer on Hoardar. 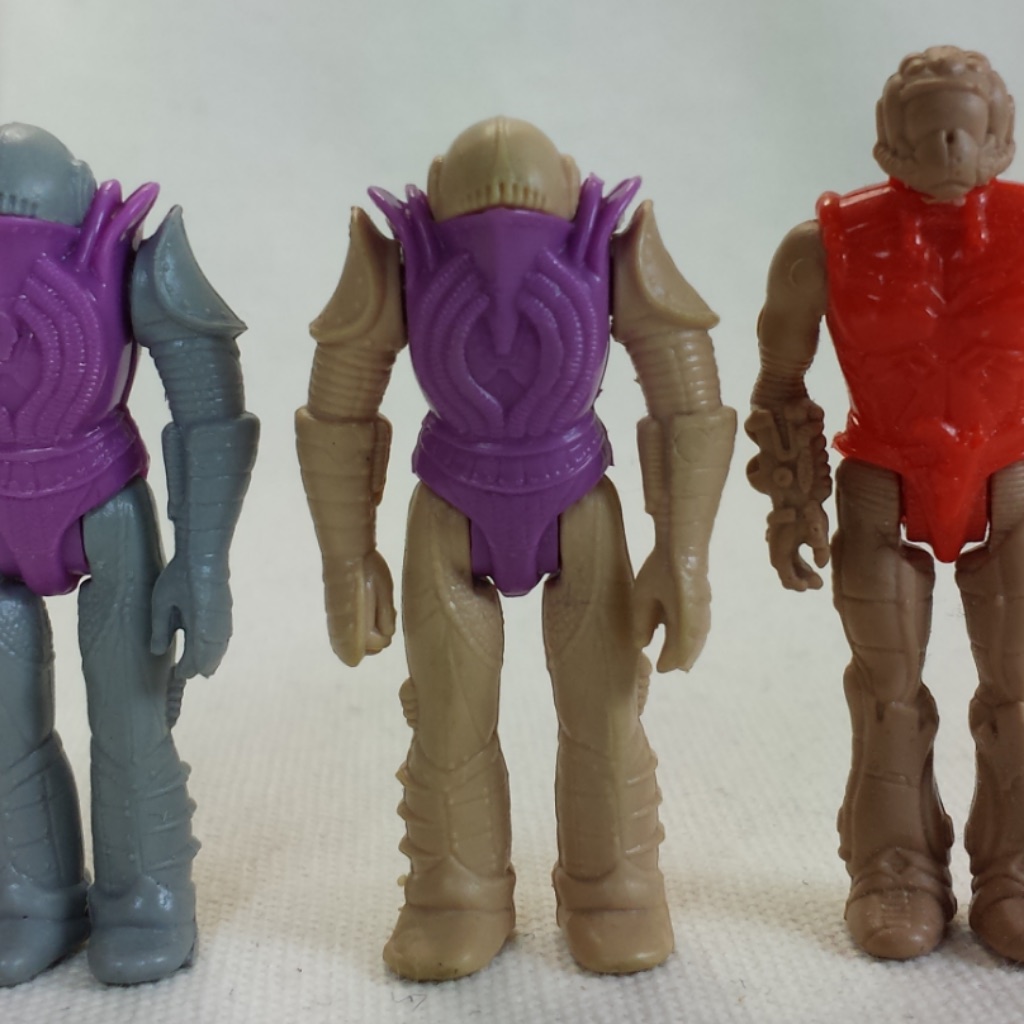 air raiders test shot
Unreleased and presumably a test shot rather than a redeco.

They seem to imply above that this is some sort of special unreleased figure. It doesn’t look anything like some of the variant Enforcer colors from the 1988 series. To me, it looks like the gray plastic just yellowed over time. At best, the color is similar to the Air Raider Battle Squad soldier so maybe it was created by mistake with the wrong plastic.

What do you think? Let us know here or on Facebook!