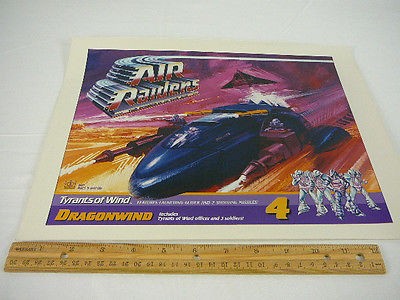 Like an earlier post (found here), I came across a photo of some preproduction box art for the Dragonwind that was sold on ebay back in April, 2014. The original appears to be a painting although it could be colored pencils with some paint highlights too.

Initially, I thought it was a different design for the vehicle that had been scrapped. The nose was much more snubbed and rounded. The cockpit was clear glass like the Hawkwind, unlike the armored version the final Dragonwind has. And the guns were very different, looking like bigger blasters. There’s also no indication of that strange silver or glass road all the vehicles drive on.

Notice too that Commodore Dregs and his crew in the lower right corner changed too. In this art, they have a relaxed, arrogant pose while the final art is more dynamic and action-oriented.  The colors are different too, especially with Dregs. He lacks the deep purple armor for his arms and legs, but he is similar to the silver design of Lieutenant Ratt found here. After seeing those other rough layouts, I realized this wasn’t a new design, it was just a mock-up for the box art. It may have been created by Richard Marcej for the in-house illustrators to work off of.

It’s a shame the seller didn’t take a straight shot of the picture so all we have is this angled look but hey, better than nothing! 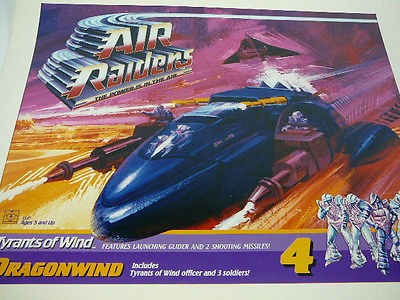 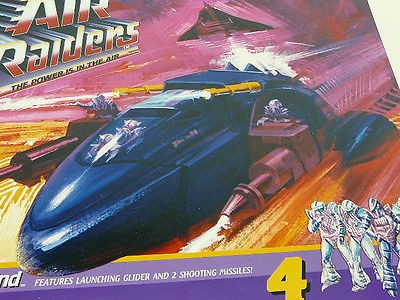 Here’s my lame attempt to straighten the edges out a little. 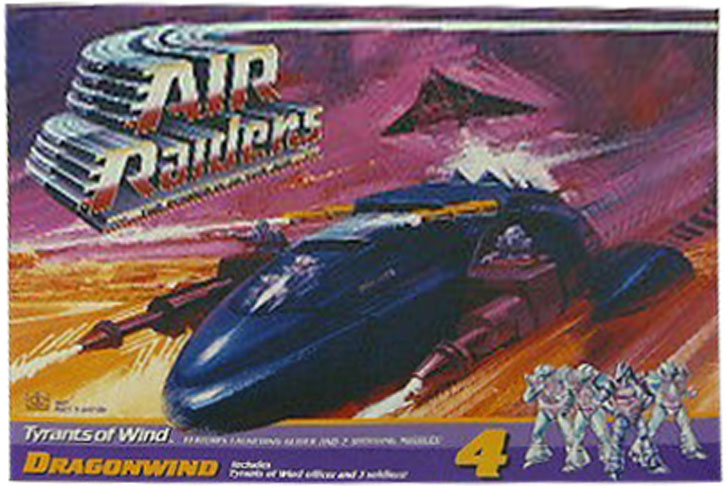 Here’s the seller’s info below. I’m not sure what the final price was but it raises an interesting question of how much one would be willing to pay for just a photo of original art, especially if it will most likely disappear into someone’s private collection.

This item was previously owned by a collection closely associated with Hasbro. It has never been offered for sale before and is being offered here for the first time.

Included is an original, vintage color photo of conceptual packaging artwork for this vehicle. This was created at Hasbro during the vintage line and was used for potential packaging ideas for this vehicle. This example is on thick, Kodak photo paper and remains in excellent condition. Perfect for framing. This was part of the vintage production process and was never intended for sale.

3 thoughts on “Chiefest and Greatest of Calamities – The Dragonwind”