When Bludgeon reactivates the monster Trypticon and threatens the unborn lives of the next generation of Cybertronians, the Dinobots join forces with Sandstorm for one last ride.

A short post here but a fun nod to the greater Hasbro universe. In 2017, IDW publishing created a limited series of comics (The Transformers: Redemption of the Dinobots) featuring the Dinobots and several other characters. In 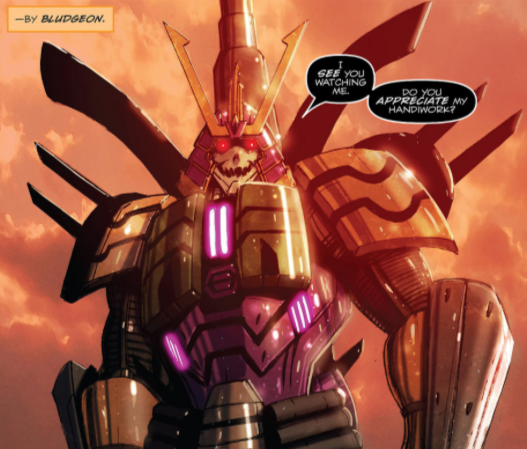 the final showdown (The Transformers: Salvation), the heroes are fighting against Bludgeon, the strange skull-faced samurai Decepticon who also happens to be a great warrior and mad scientist to boot.
Bludgeon seeks to conquer the galaxy with the help of the huge titan dinosaur, Trypticon and a convoluted plan that I’m going to pass over for this. Trypticon does look awesome enough though. 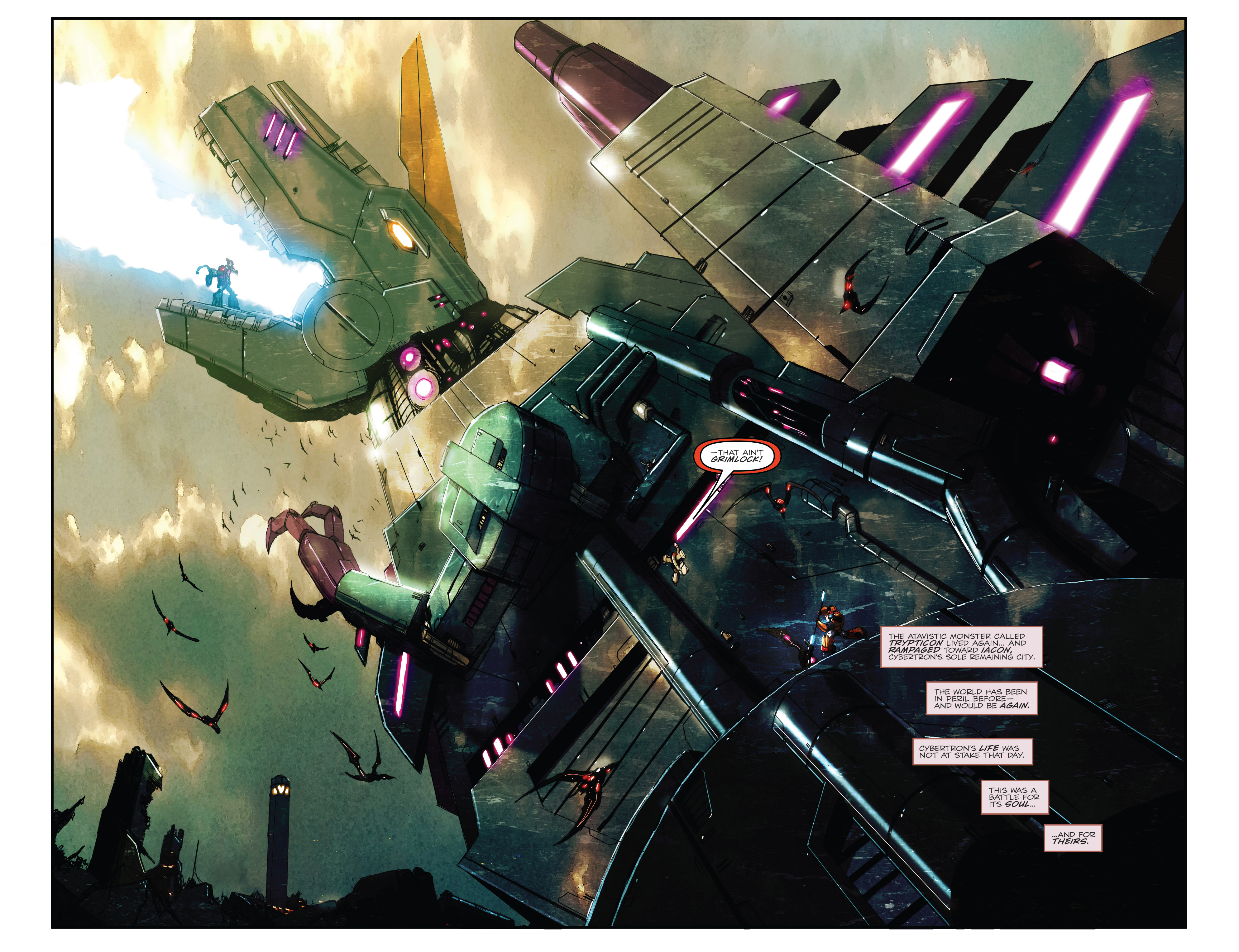 While enjoying his evil plot, Bludgeon throws out some suggestions on where to start his new empire. 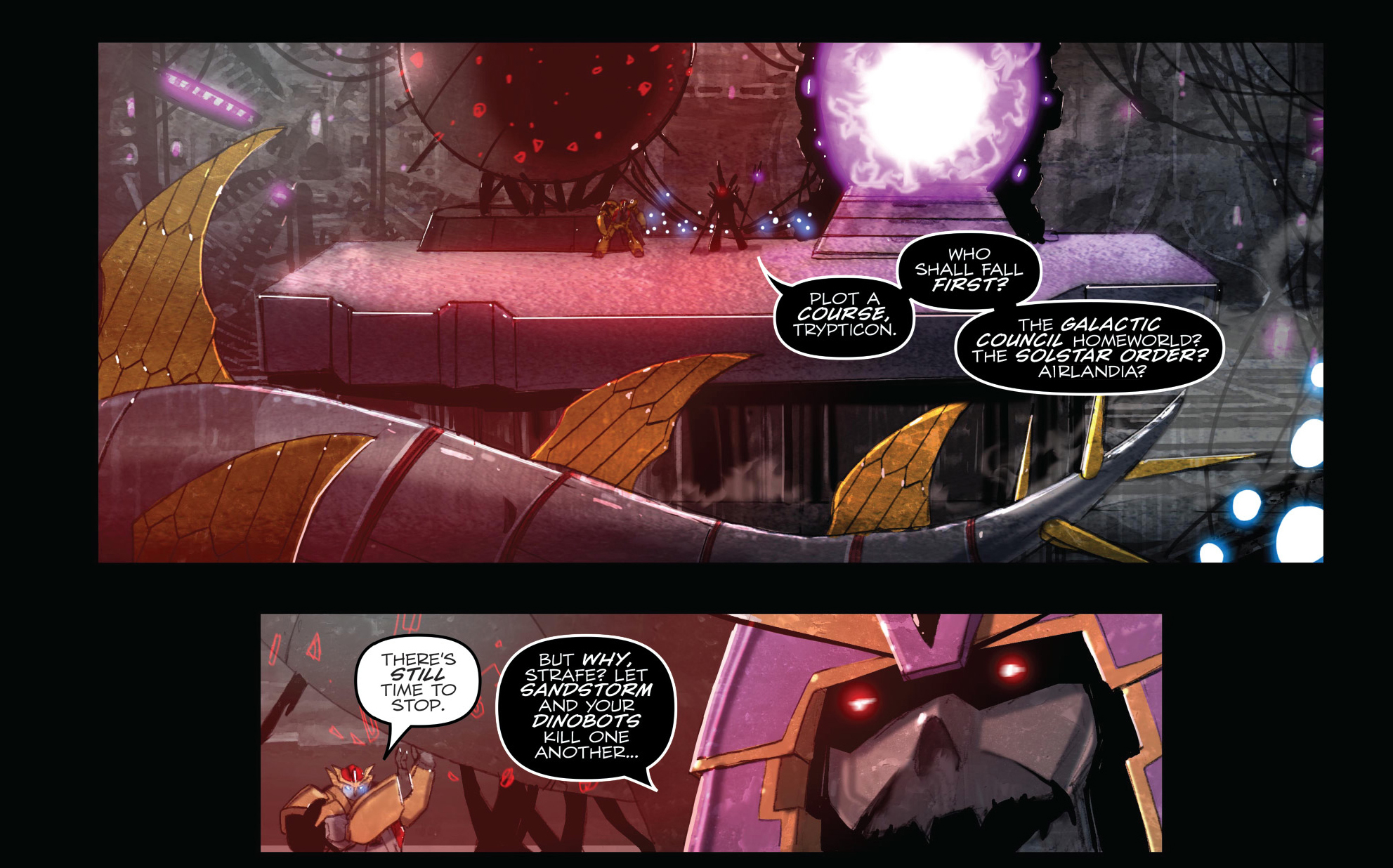 Wait, what was that? 😉 Can you imagine a city-sized dino-robot rampaging across the wastelands of Airlandia? What a great visual! I wonder if the Tyrants would fight for their freedom or make some sort of unholy alliance with the two Decepticons.

I love these little easter eggs and I thought I’d share it with fellow fans. I hope they do more in the future!

One thought on “Transformers and Air Raiders”