Replicant01 and I have been commissioning some fan art for several Air Raider vehicles.  The first series of art that I’m posting is the Power Axe, a vehicle that reminds me of a smaller, faster Man-O-War. Bristling with weapons, the Power Axe also has some close-combat blades for chopping up Tyrant vehicles. The Power Axe was part of the second wave of toys for Air Raiders that was canceled (see here). 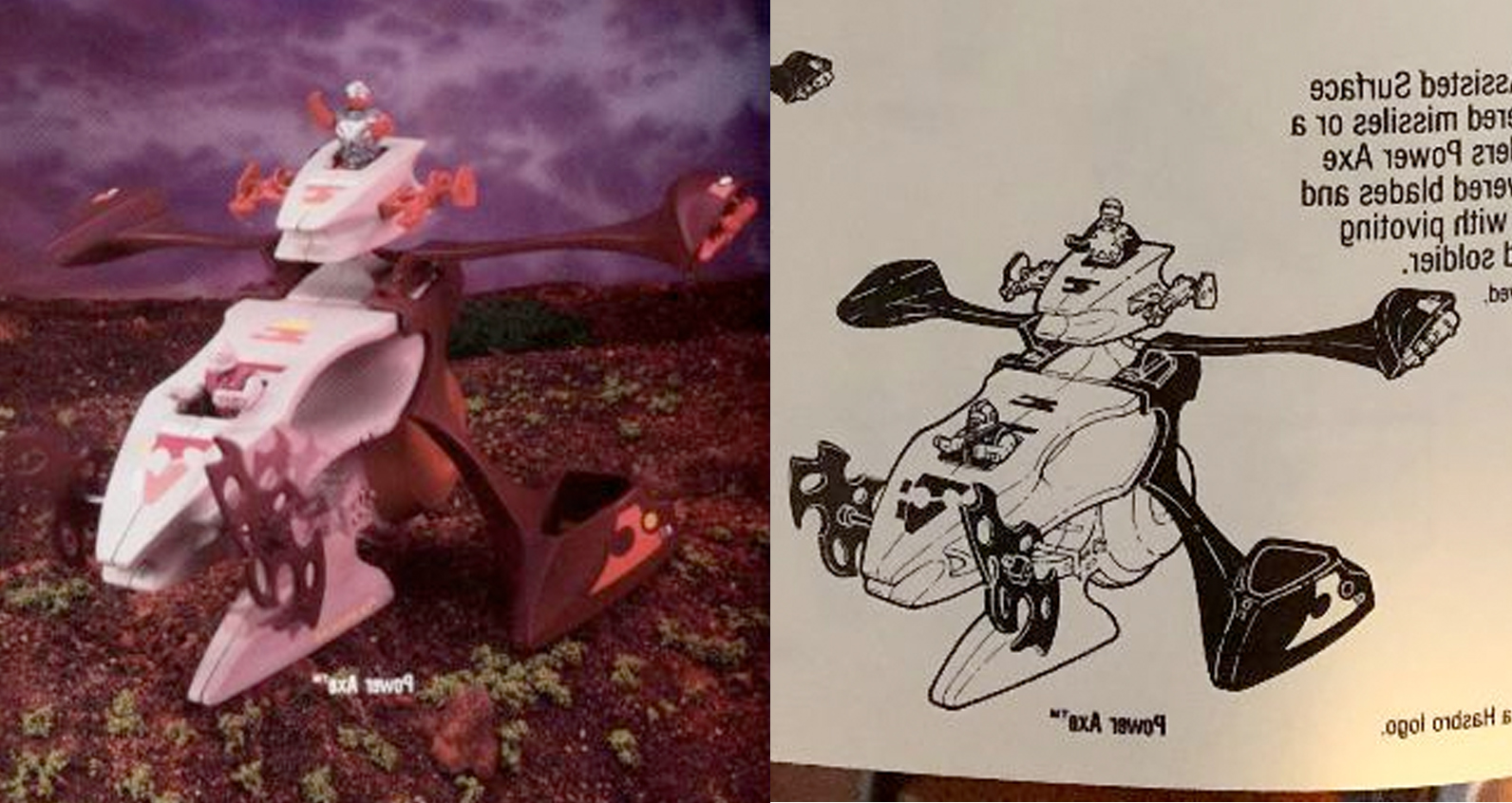 I sent the only known visuals we have for the Power Axe, the line art and catalog photo, to an artist we selected. The artist did some “creative adjustments” especially on the central prow of the vehicle and the main body. I did make one creative decision as well. Because of the angle, I wasn’t sure if it had an “outrigger” leg on the other side of the main body so I decided it would look cool with one on each side. Overall, the art stays loyal to the look and feel of the toy we’ve seen.

Here’s the first sketch we got with the background close to finished and the Power Axe roughed in using some 3D software. 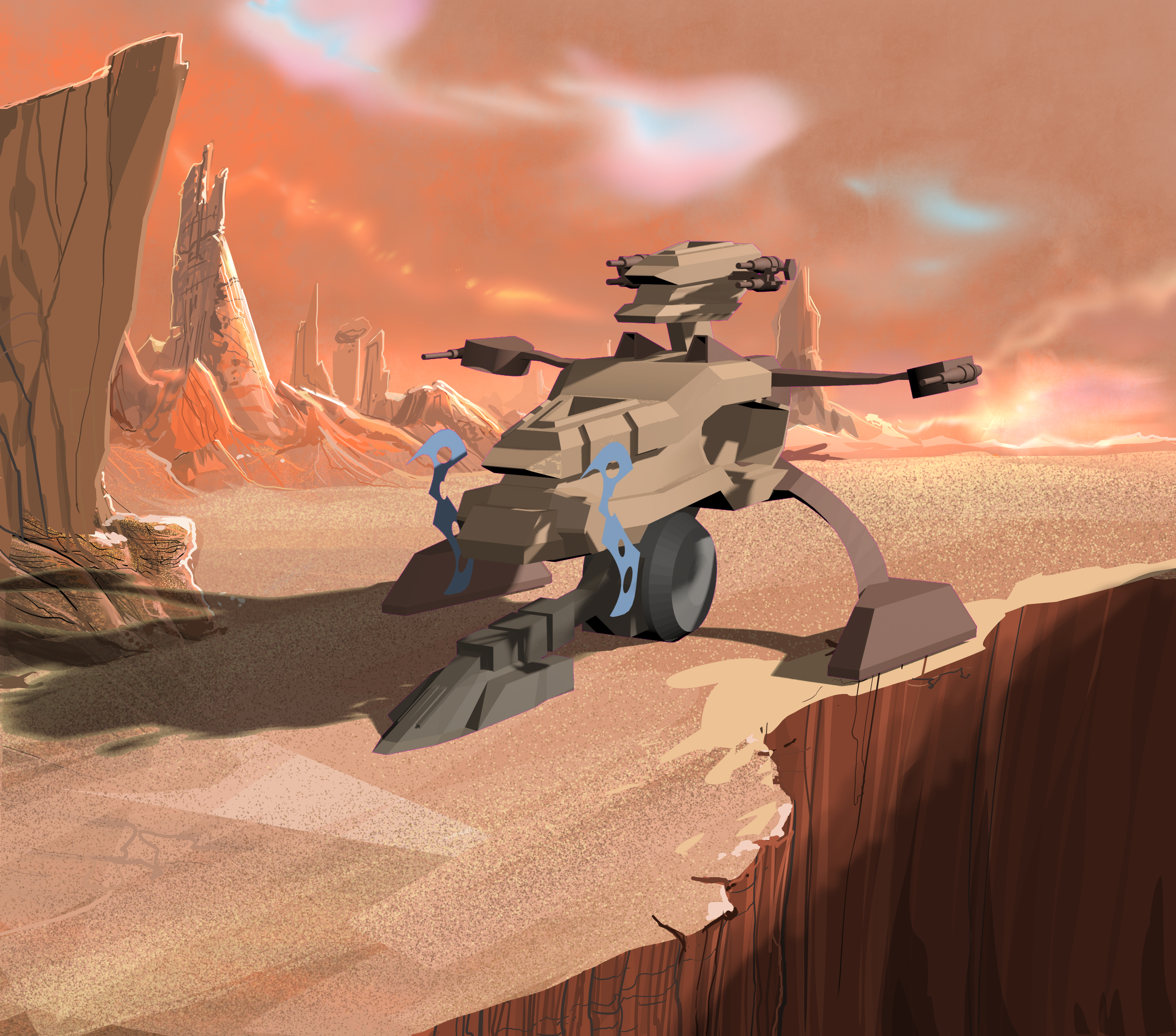 Next up, some details start being added. 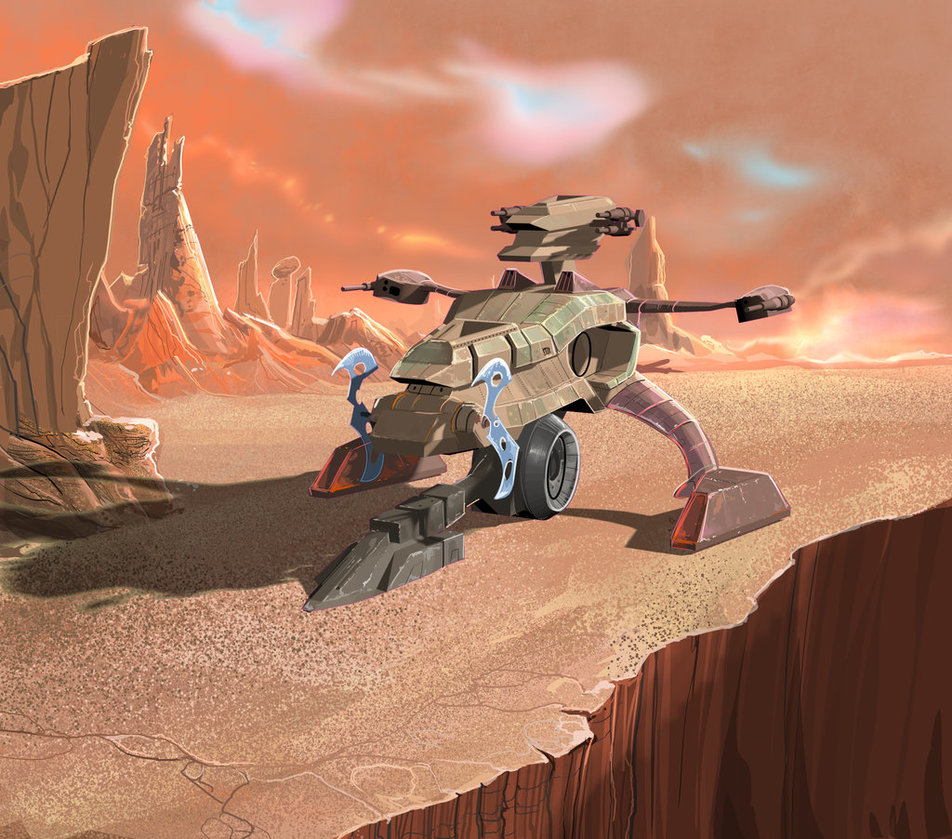 Here’s the final piece with some action added like the burning column of smoke and the Tyrant aircraft overhead. Final details and colors were added to the foreground terrain and the vehicle, including a Battle Squad driver and a lieutenant in the command seat. 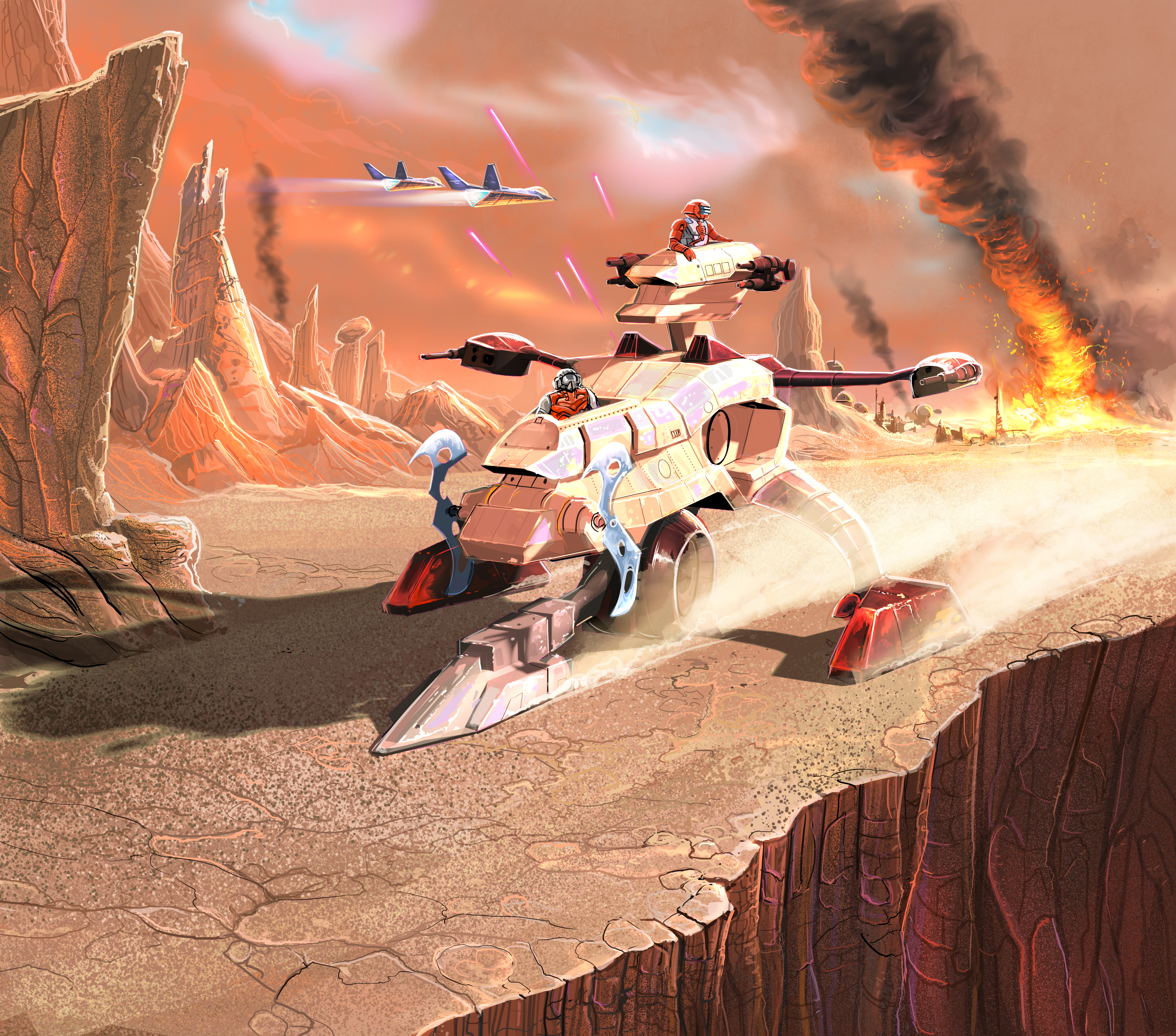 I asked for another version with the blades spinning. 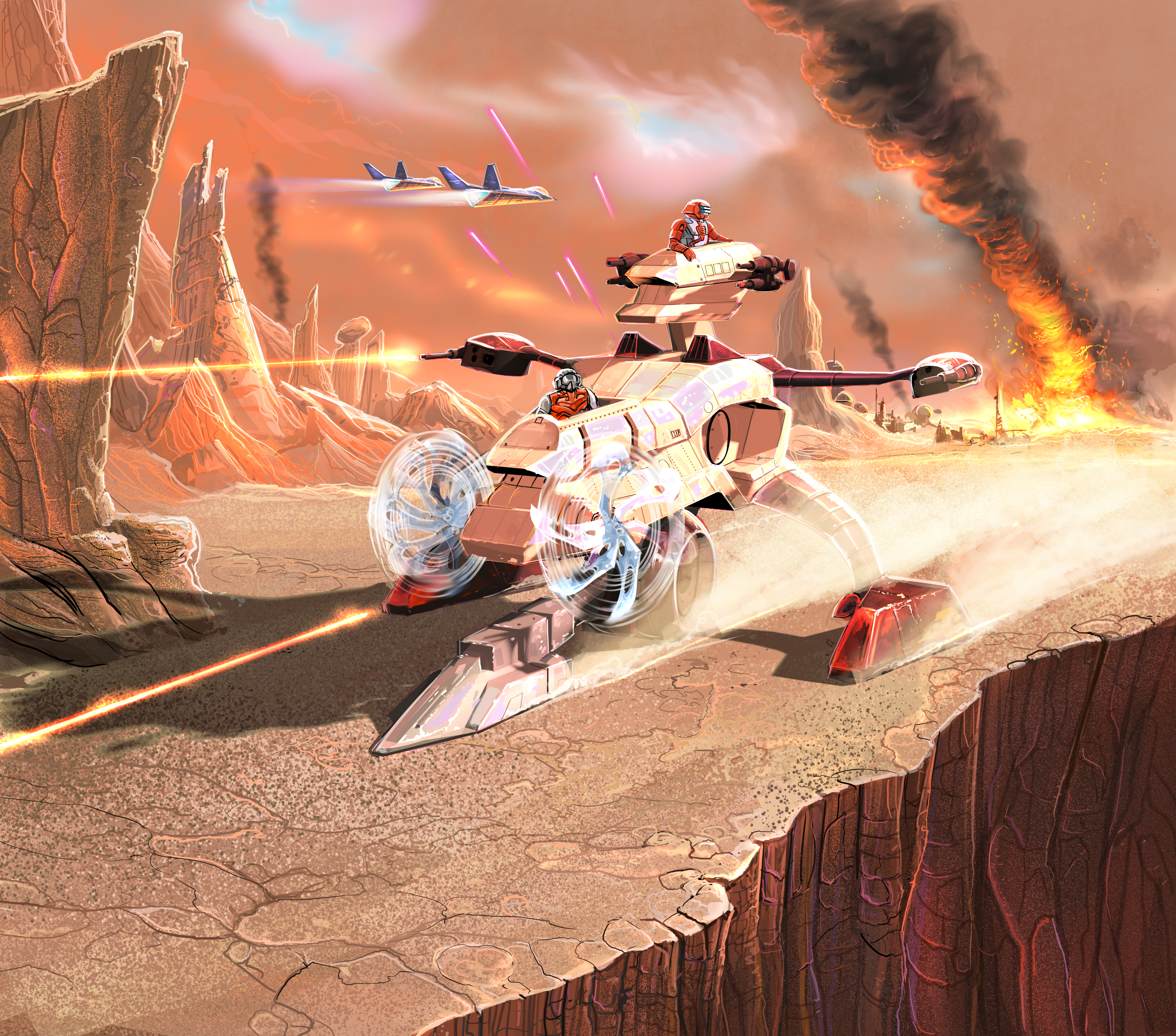 I was very happy with it overall, although I did mess around with the colors a little on my own because I wanted something a little brighter and I’m nitpicky about colors. 😉 I also added some of the sticker details. I may try to make this into box art by adding the logo, names and other details. 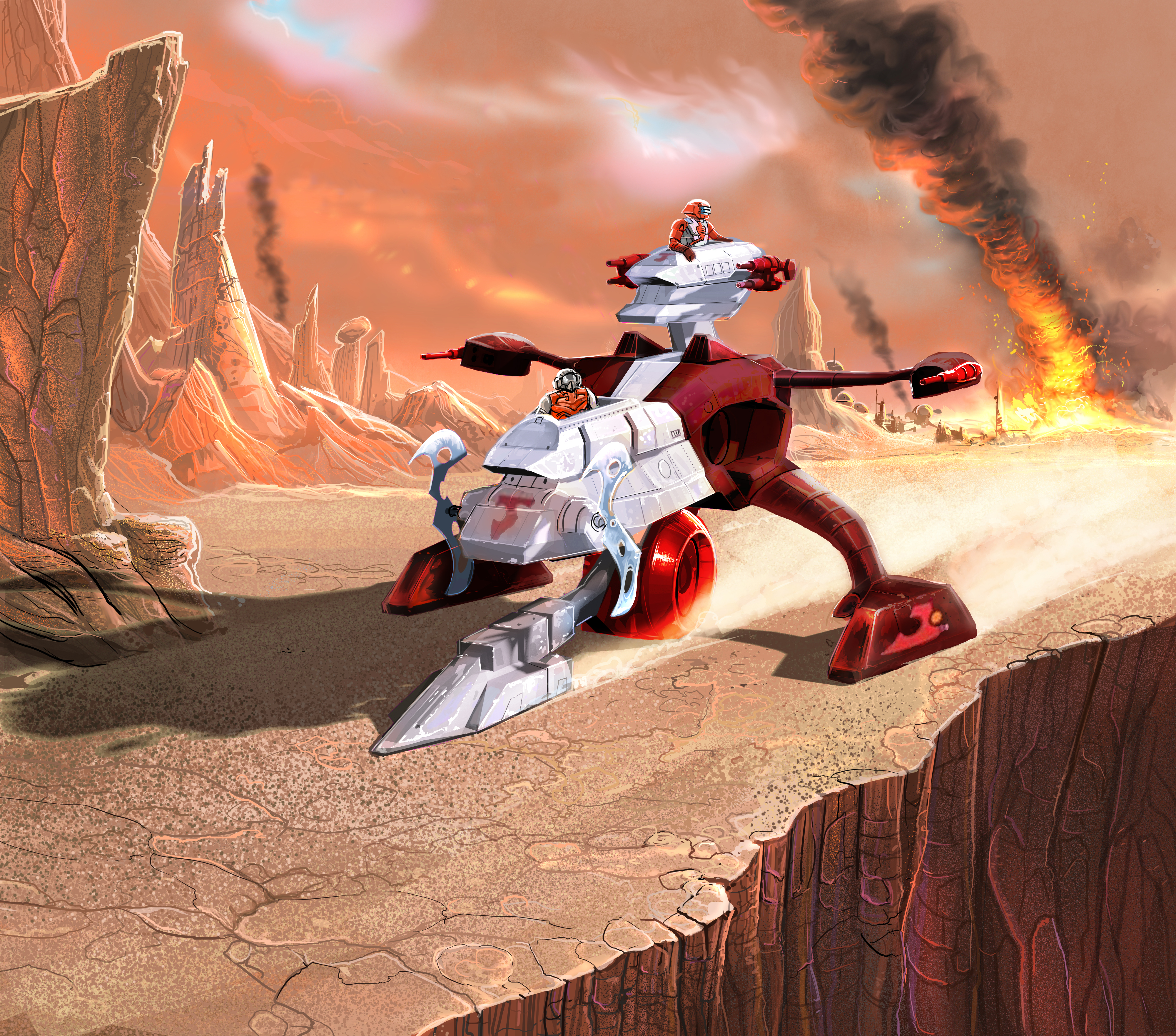 Anyways, I hoped you enjoyed this, there will be more to come in the future. If you have any suggestions, feel free to share. And a big thanks to replicant01 for his support!