Earlier this spring, I posted some art that was commissioned for the second series officers. Using the same artist, I decided to go ahead and do some additional of work for characters that were used in the comics [and planned for the cartoon] but unfortunately not in the toys. I’m speaking of Eeleta, the heroic daughter of Airlandia’s previous ruler and Kala, the scheming daughter of Emperor Aerozar. 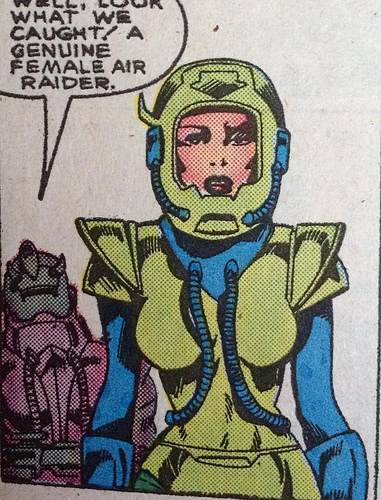 The comic art, for the most part, never did them justice but we did try to pull ideas from the colors and wardrobe used, especially for Eeleeta.

Kala was a bit harder as she wore some pretty forgettable outfits, like this frilled dress on the left, so we came up with some sleek battle armor instead. Based on what little I’ve read about her, I decided to forgo a helmet because she seemed to be more of a spy and saboteur rather a warrior like Eeleeta. A warrior would need to go out into the harsh wastelands while a snobby spy like Kala would never leave the comforts of the barony cities and fortresses.

Here are the sketches of the two characters below: 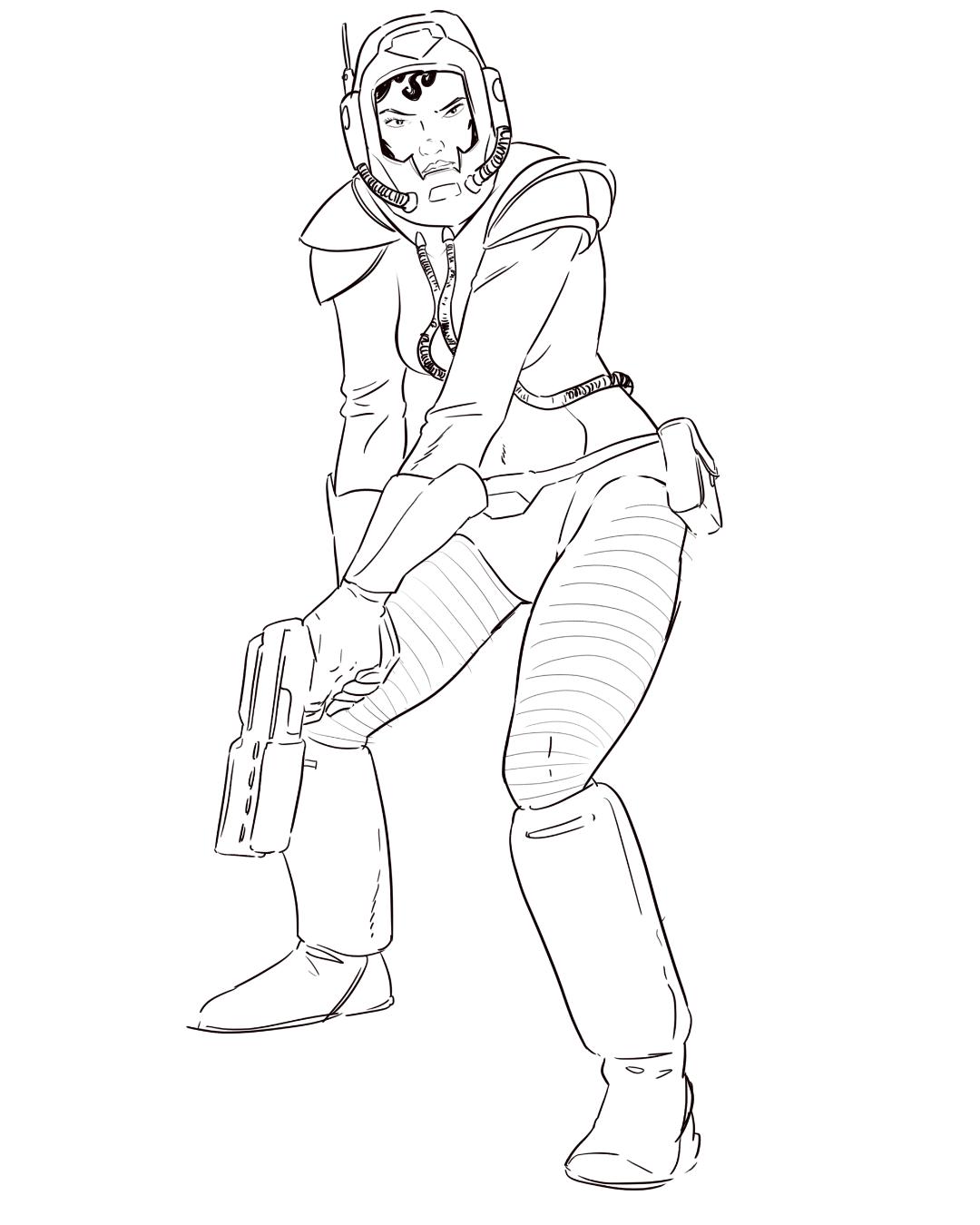 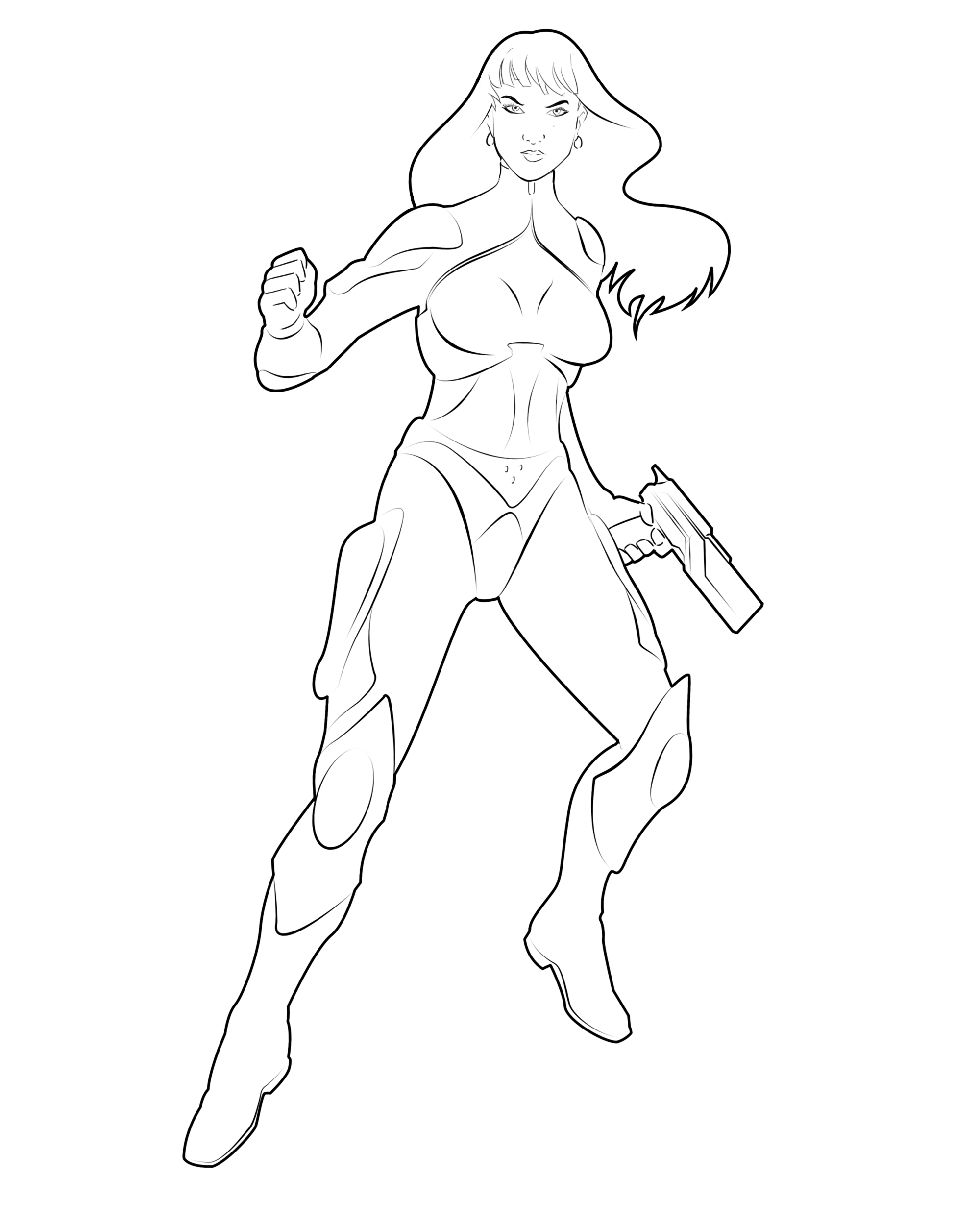 As you can see, Eeleeta is wearing a pretty faithful version of the battle suit she wore in the comics when the rebels assaulted the Air Refinery. We’ll stick with the blue and green for her because I like the contrast of it with the golds and reds of the typical Air Raider. With Kala, she tended to wear warm colors so we went with some burgundy and pink colors.

2 thoughts on “Women of Airlandia”