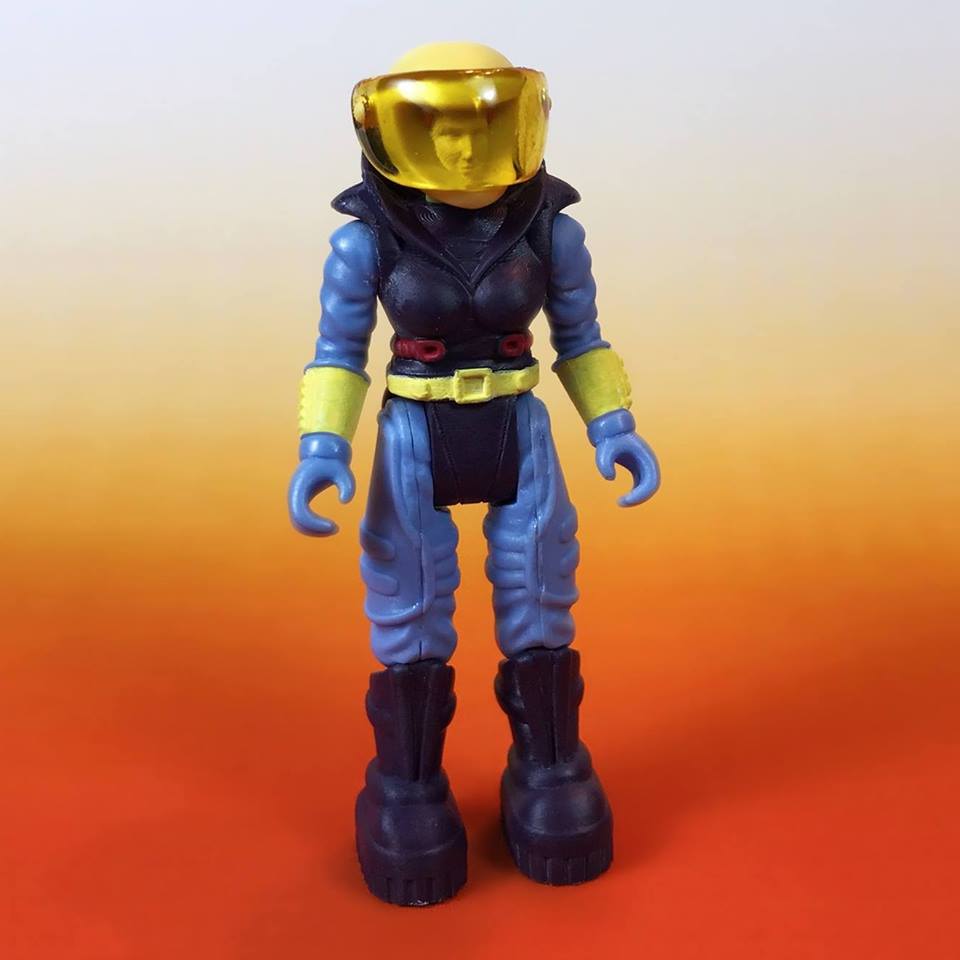 The folks over at StarCom The U.S. Space Force had an interesting project last year. They created their own figure for the Starcom toys, basing it off Malvanna Wilde, a character from the cartoon that was never produced. I post this because I would love to do something similar with Air Raiders. There are so many figures from the second series that could be reproduced, the other three Barons or even some of the comic characters like Kala, Branch, Eeleta, etc. Whether this is feasible is a whole other discussion but it’s fun to dream about it.

Here’s the link to their (now sold out) ebay page.

“See picture for details. This is a custom figure and not considered a toy. Magnets in feet, hand painted. Head does have motion but has some limited range due to the cape collar. Knees bend, arms move. With a custom visor and an ID card. If you have any questions please ask.” 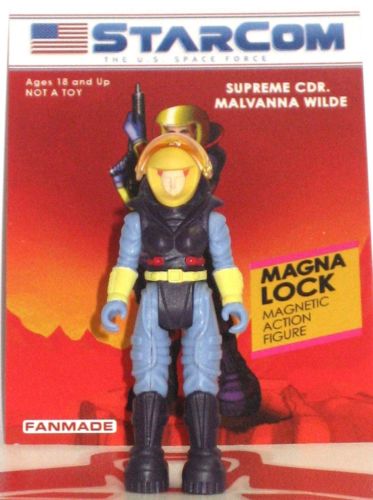 I spoke with someone at StarCom The U.S. Space Force and fired off a few questions.

Airlandia: How did you finance this? Through Kickstarter?
Starcom: No, we did not use Kickstarter. We believed in what we were doing and just wanted to do it ourselves.

Airlandia: How were the figures made? With 3D printing or something else?
Starcom: We worked with a professional who does design, sculpting and product development and then we used a mold shop. [Note: A mold shop does Molding; the process of manufacturing by shaping liquid or pliable raw materials using a mold or matrix, which have been made using a pattern or model of final object.]
Airlandia: So the professional designer created a 3D model (or an actual prototype) and the mold shop, a separate company from the professional designer, then mass-produced it?
Starcom: More or less, yes.
Airlandia: How do you avoid being sued for making/selling the intellectual property of, well… whoever owns Coleco now?

Starcom: This is considered a custom art project.
Airlandia: Can you give me a ballpark figure for what the whole operation cost you?
Starcom: This route is expensive because of hard costs up front. I will share that after all the sales we didn’t turn a profit on Malvanna (and we knew we wouldn’t). You can do the math and assume from there.
Sales on ebay were 29x$50 so you can do the math as well. My hope is Air Raider figures would be cheaper as they lack the knee articulation, visor and magnets that the Starcom figures have.
Anyways, what a great project! My hats off to the Starcom folks over there, they’ve definitely inspired me to try something like that too.