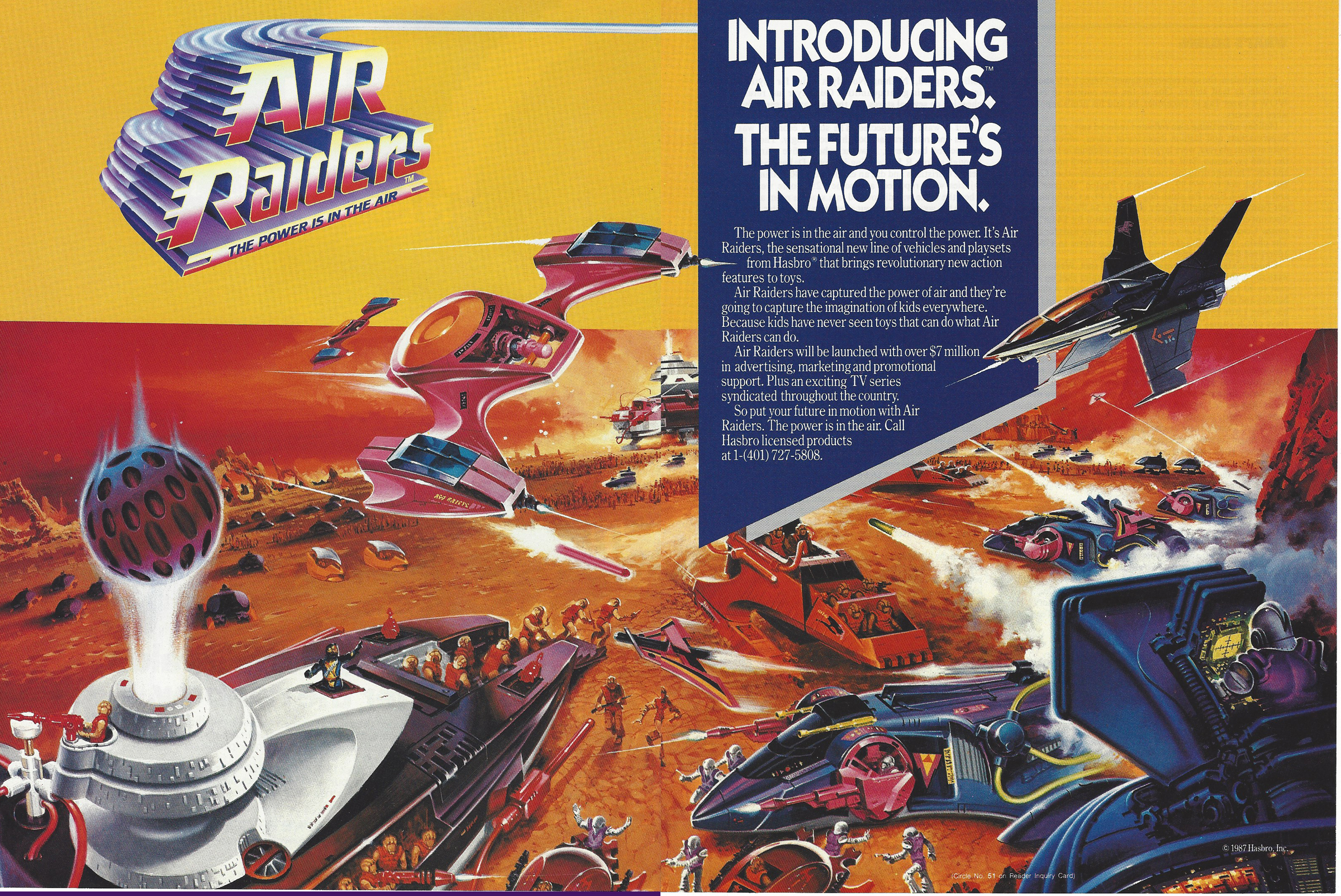 Introducing Air Raiders. The future’s in motion.
The power is in the air and you control the power. It’s Air Raiders, the sensational line of vehicles and playsets from Hasbro that brings revolutionary new action features to toys.

Air Raiders have captured the power of air and they’re going to capture the imagination of kids everywhere. Because kids have never seen toys that can do what Air Raiders can do.

Air Raiders will be launched with over $7 million in advertising, marketing and promotional support. Plus an exciting TV series syndicated throughout the country.

A former Hasbro designer sent this scan to me of the first advertising for Air Raiders. According to him, it appeared in the 1987 Hasbro toy catalog at the New York Toyfair. This was obviously early on in the process as the cartoon was still part of the pitch.

One thought on ““Introducing Air Raiders…””