I love finding old advertisements and catalog pictures of the toys I collected when I was a kid. I have fond memories of flipping through the big heavy catalogs from Sears and JC Penney; they were huge, more like telephone books. I kept cutouts from the Toys ‘R Us and Child World toy flyers that came in the newspaper, waiting to put them to use around my birthday and Christmas. Here’s what I’ve been able to dig up so far on the Air Raiders. Hopefully I can find more someday.

The Toys R Us catalog is below. What’s interesting is unlike the other catalogs, TRU never bothered to make any terrain or set pieces. Granted they created their ads on a much more frequent basis than the department stores so that alone could explain why. 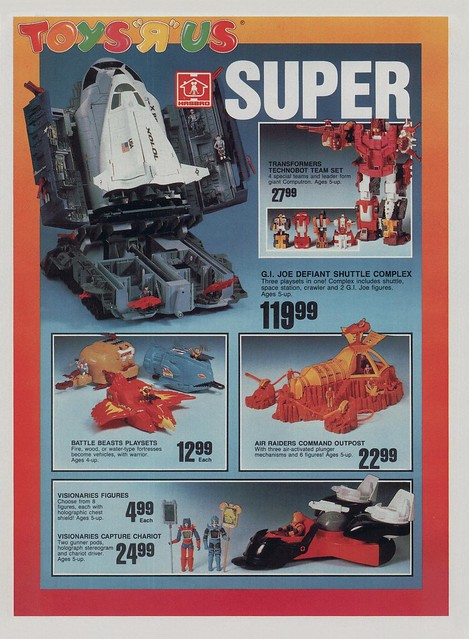 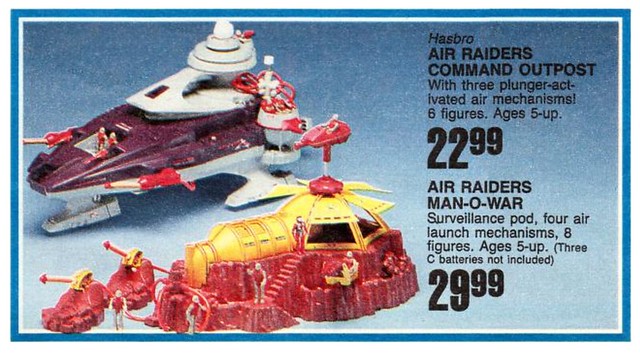 The Sears catalog, what a cool looking background and I love the scenery they put together. The second picture is not a mistake, all the Air Raider info and prices appear next to the Transformers. 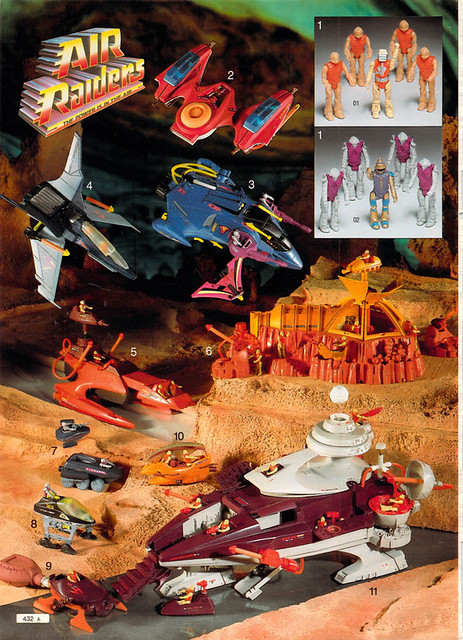 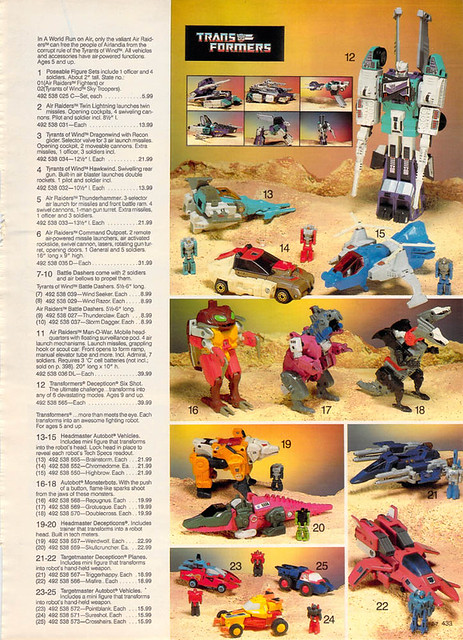 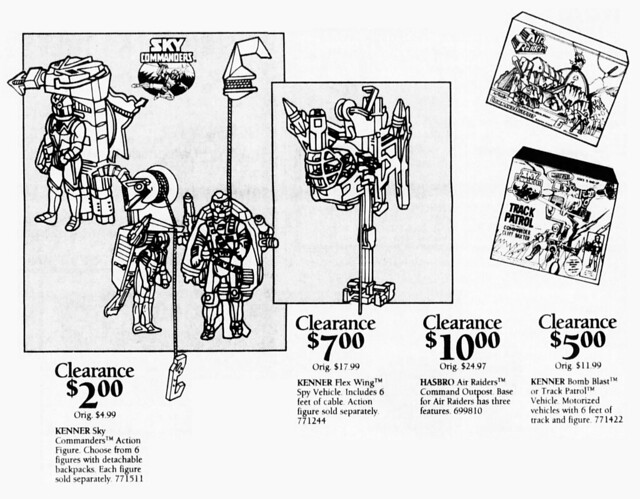 A Toy Fair store in Shreveport, LA. Another clearance ad as all Air Raider toys are 1/2 price. 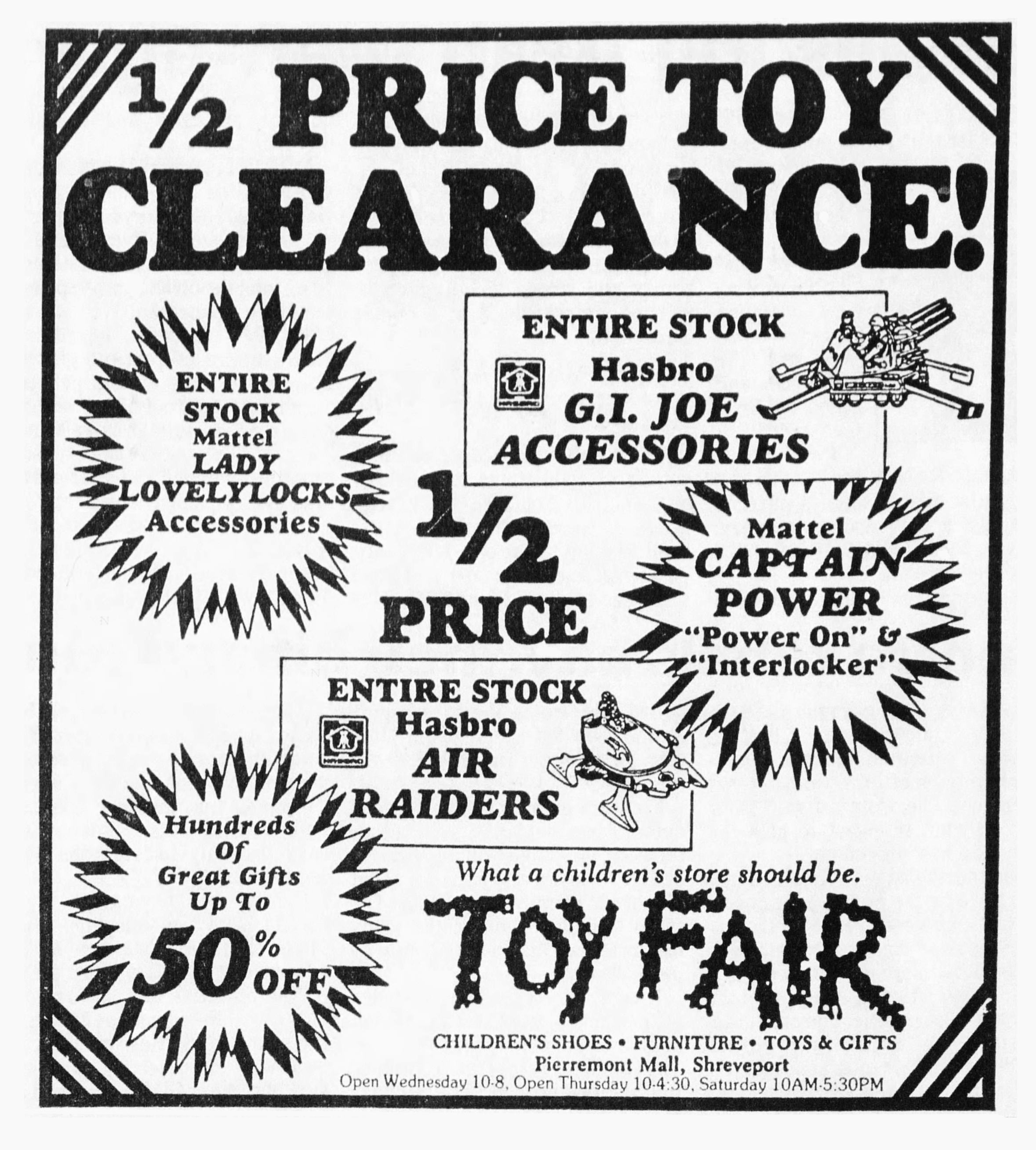 The Hasbro dealer catalog with some beautiful shots of the toys and the terrain they built to showcase them. One note of interest, the Man-O-War and Air Refinery were obviously not shot with the rest of the toys. Dave McDonald, one of the Air Refinery designers, said he had a week to put it together. I wonder if they ended up taking some promo shots at the very last minute. 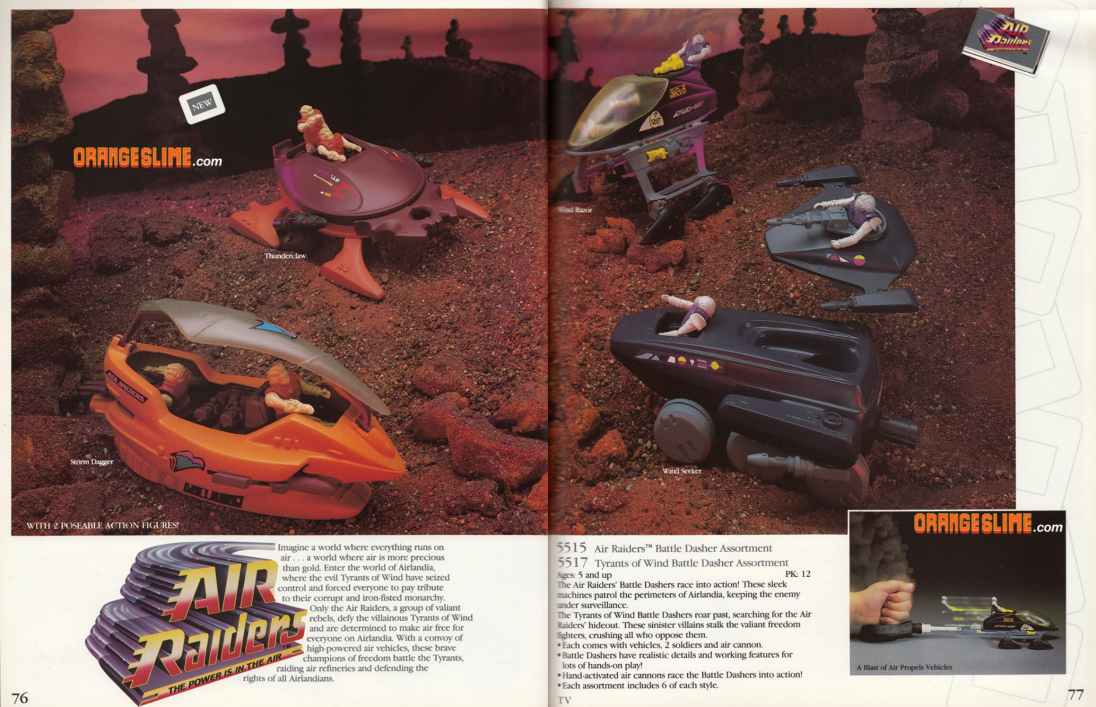 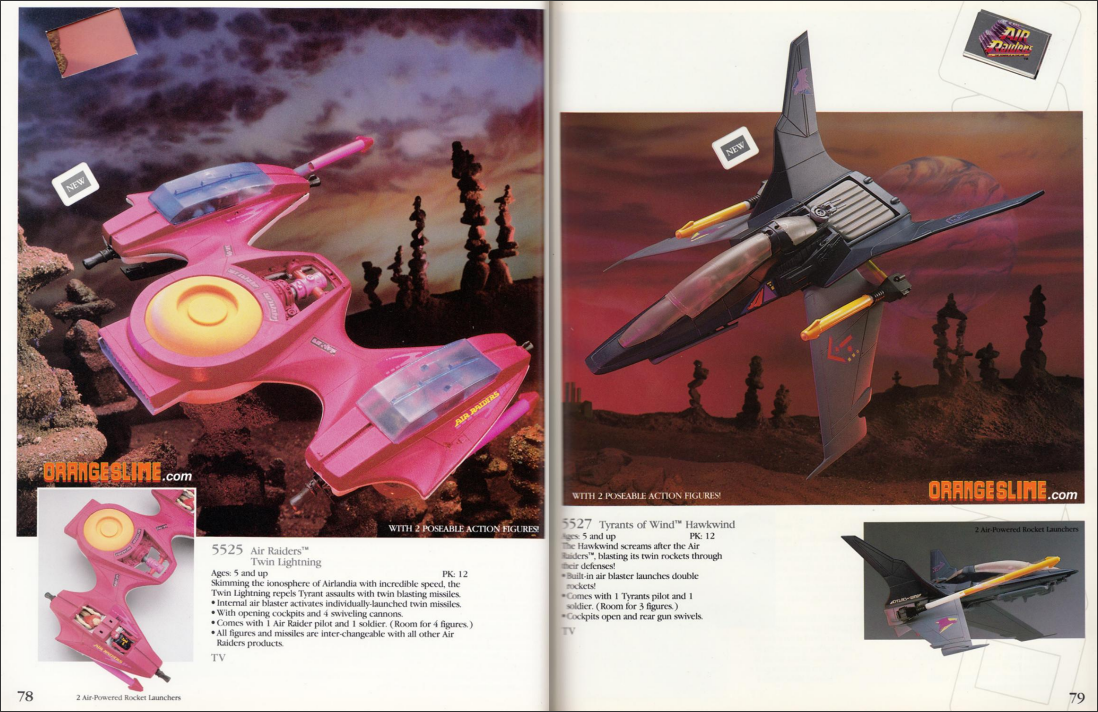 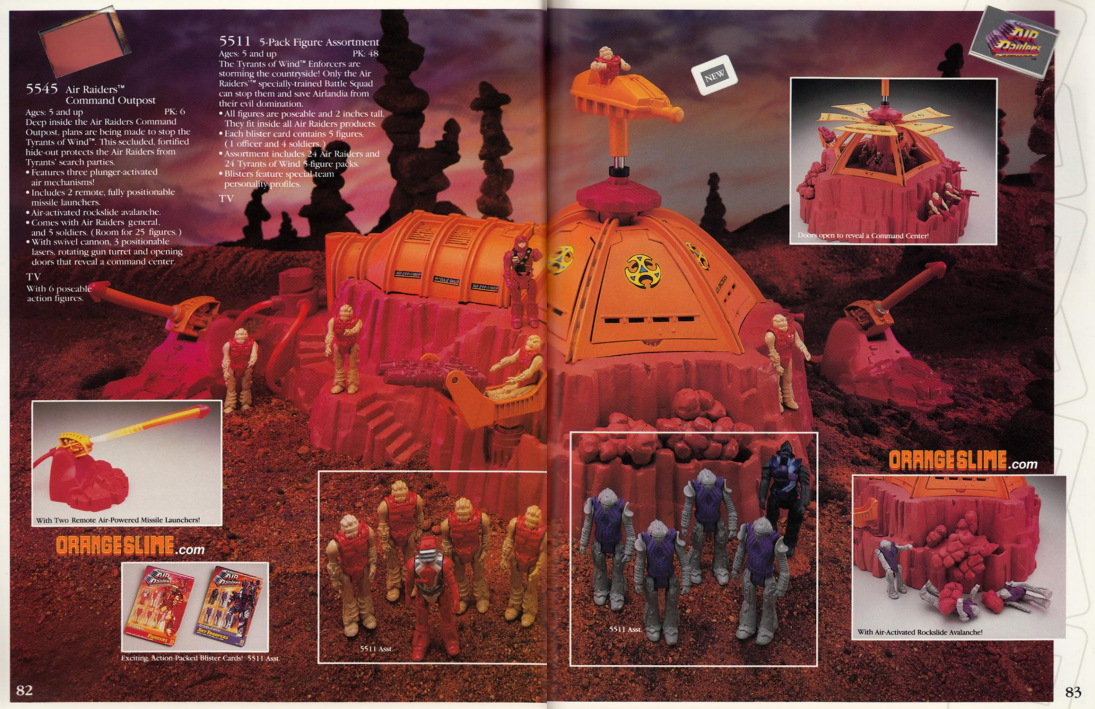 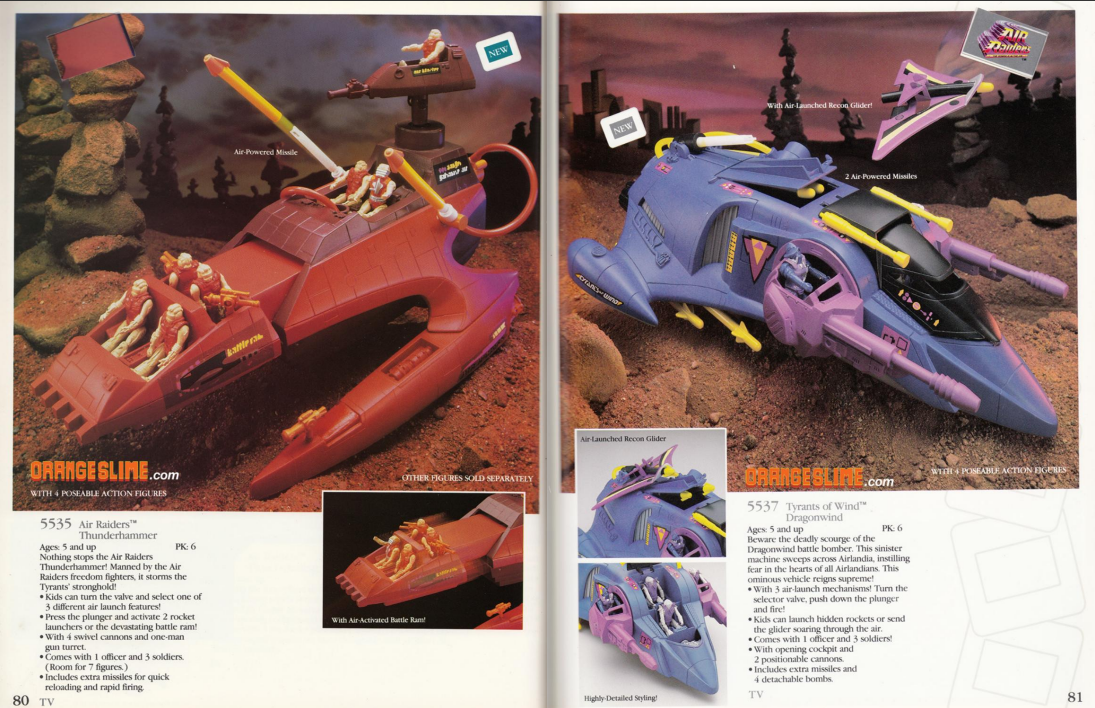 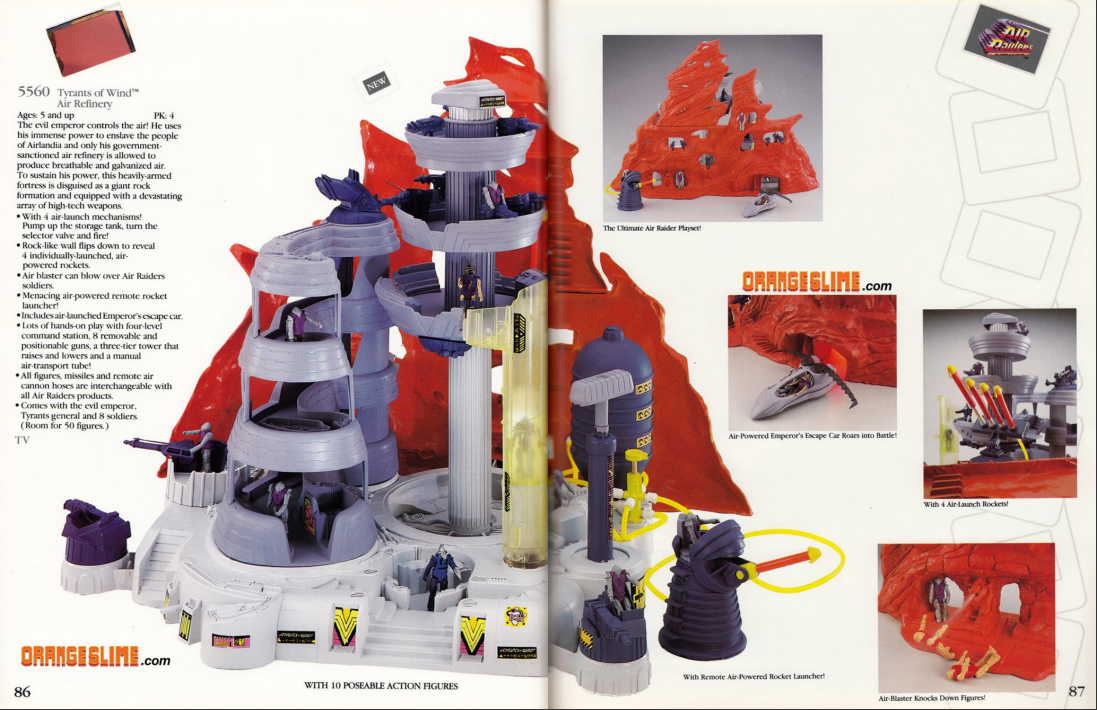 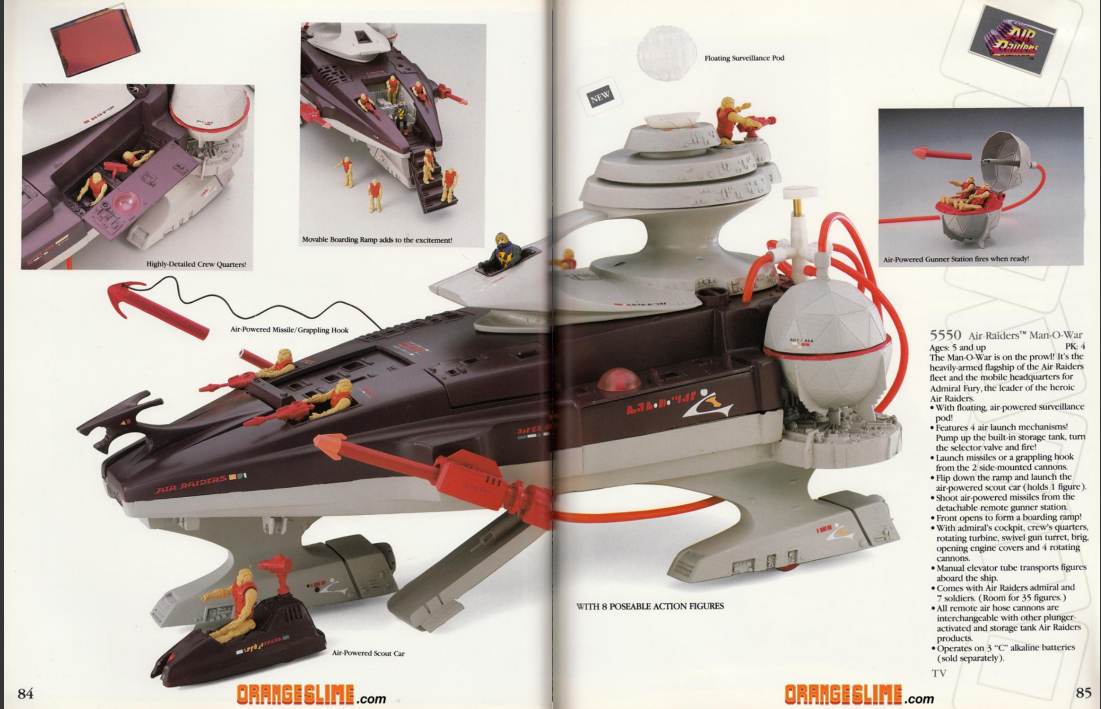 This is a mystery pic as I’m not 100% sure where I found this. I like how the Twin Lightning looks like it nose-dived right into the sand.

Last but not least, J.C. Penney’s catalog picture. The terrain looks like a combo of sand and real rocks. That doesn’t look like painted styrofoam to me. 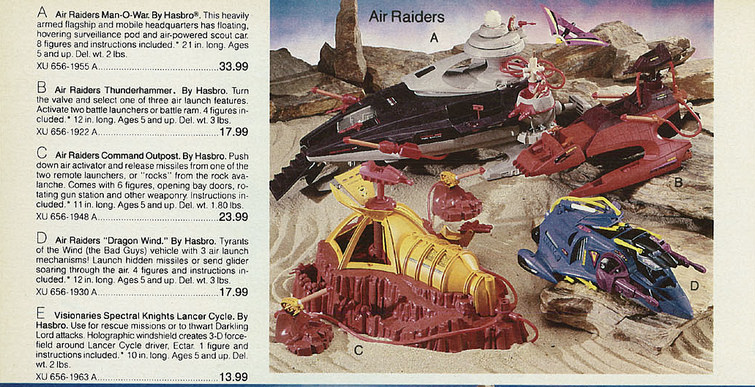 One thought on “Catalogs of Yesterday”