Toy fans are everywhere. I myself am part of several Facebook groups and I see fans of He-Man, Teenage Mutant Ninja Turtles and GI Joe from all over the place. Not just the United States and Canada but Europe, Asia, Australia and the rest of the world.

I’ve always wondered where the Air Raiders toys were distributed. I know they made it to Canada and England because of what I’ve seen on ebay, but I’ve never seen anything in Asia, Australia or the rest of Europe. So I was really interested to come across several pictures of Air Raiders with French and English packaging. 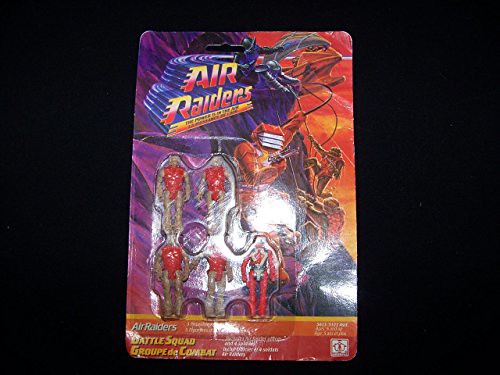 I assume with the combo of both languages that these may have come from Canada, or to be more specific, Quebec. But I’m just guessing, I don’t know what other toy packaging looks like when it goes international. And if they are from Quebec, it still leaves the question of whether the Air Raiders did make it to the rest of the world. 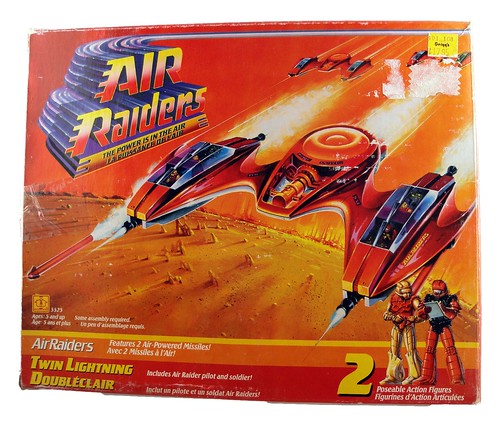 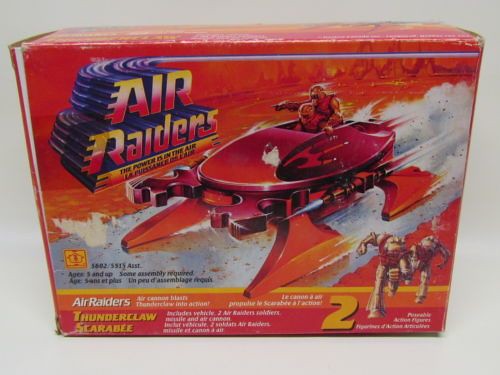 What I’d also like to figure out is if the French vehicle bio is a word for word translation of the English (alas, my brain cells have deleted the six years of French class I took). I’ll have to try Google Translate at some point.

If anyone has any info, I’d love hear it. Hopefully I can solve this mystery someday.