Thanks to Eric Spikes for sharing this gem; it’s a TV promo folder that I assume Sunbow put together for pitching the cartoon. There’s not a lot of information but it’s a cool piece of Air Raider history and what could have been. I would still love to have an answer as to why this never happened.

First we have the cover which is a simple black with the logo on it. 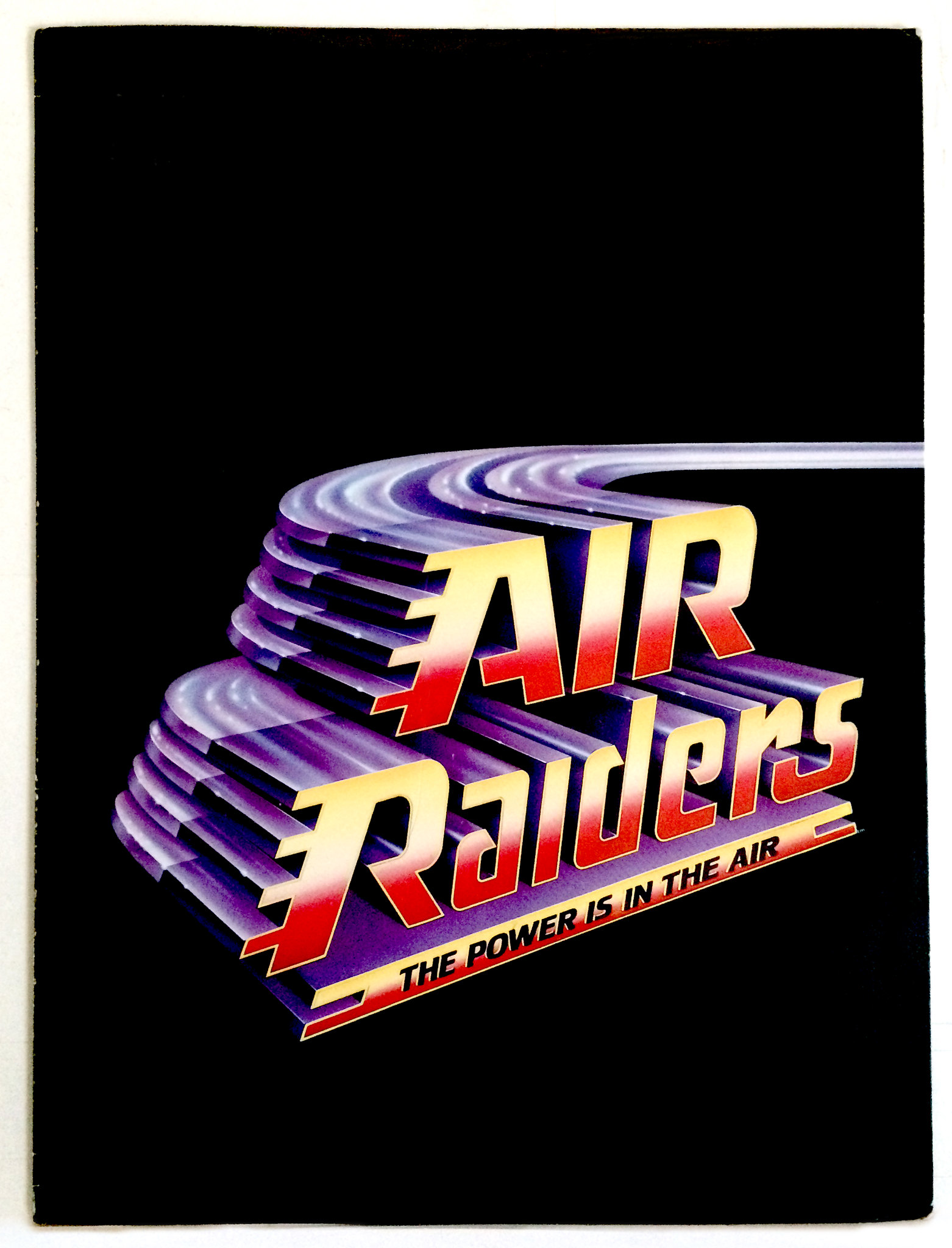 Next is a quick breakdown of the premise. Nothing really new here but I do like their catchphrase, “The power on the air is in the air!” lol 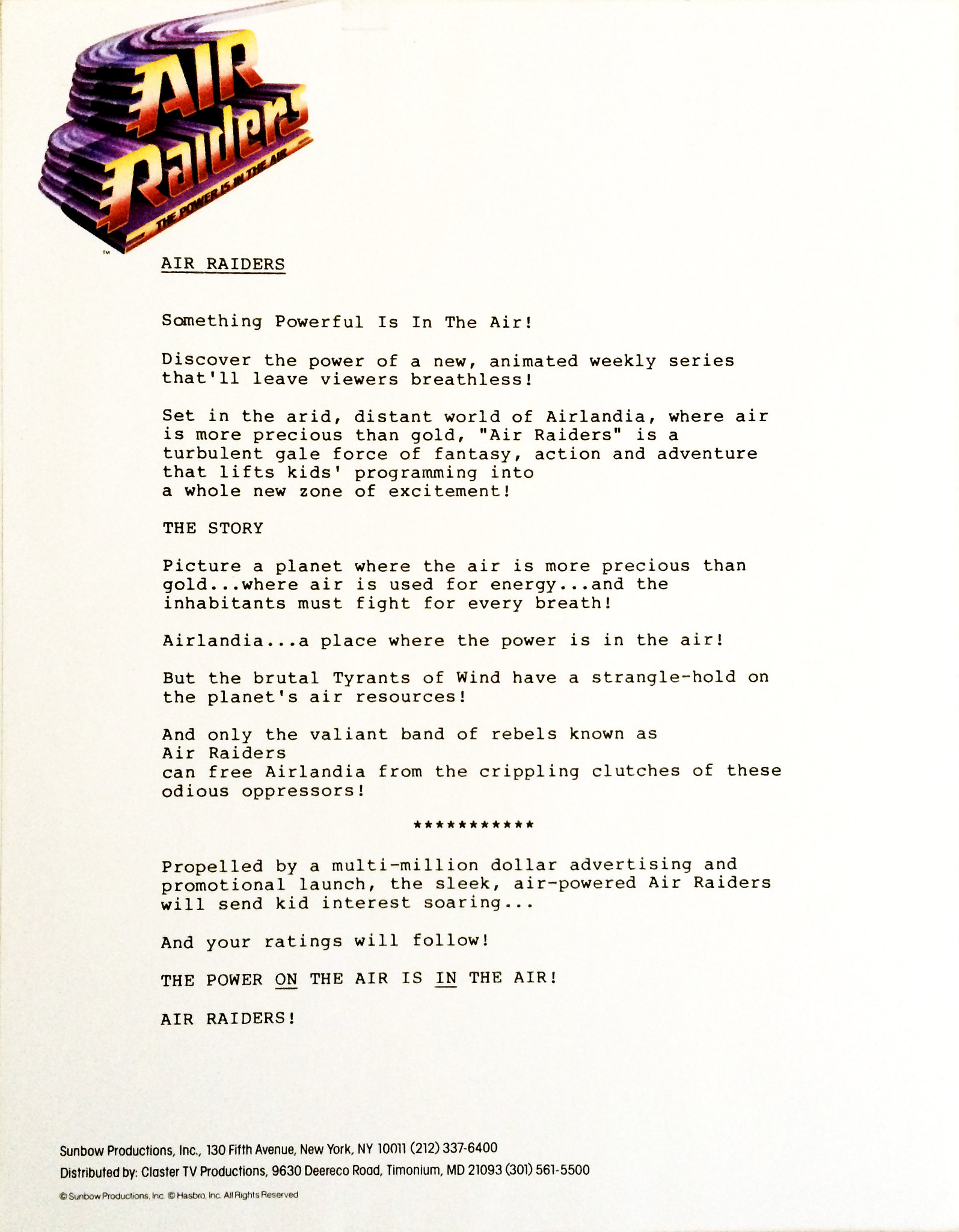 The character page is where it gets interesting. It details what would have been the primary characters for both sides if the show had been made. There is an Admiral Zaliens who started the resistance against the Emperor’s rise, recruiting men from the Airlandia armed forces. He leads the forces into the field from his Man-O-War. I had wondered in another post if the rebel ranks were full of ex-soldiers who didn’t like where things were going! Zaliens is clearly Fury but I have no idea what his original name refers to.

Next is General Stag, commanding the Air Raider forces from the Defense Outpost deep within the Petrified Cloud Forest. And last is Kyle; a young orphan raised by his evil uncle, the Tyrant of the West Wind (Jolt?). He joined the Air Lancers Flight Academy but couldn’t deal with the harsh reality of Tyrant autocracy so he defected to the rebels. It seems like the comic ended up merging these last two personalities to make General Rokk as he ended up being Sunder’s son. This is the first time I’ve ever heard of a boy hero character.

The bad guys are led by Airrengar (Aerozar name came later). He is still master of manipulation and deceit. Next up is Kronax, the top general leading the Air Lancer forces. He acts as a fanatical loyalist but is secretly plotting to undermine the Emperor. We saw the former part in the comics and he was a very brutal soldier, but his treacherous nature must have been for future stories. Blot seems to be a conventional minion/bad guy type. 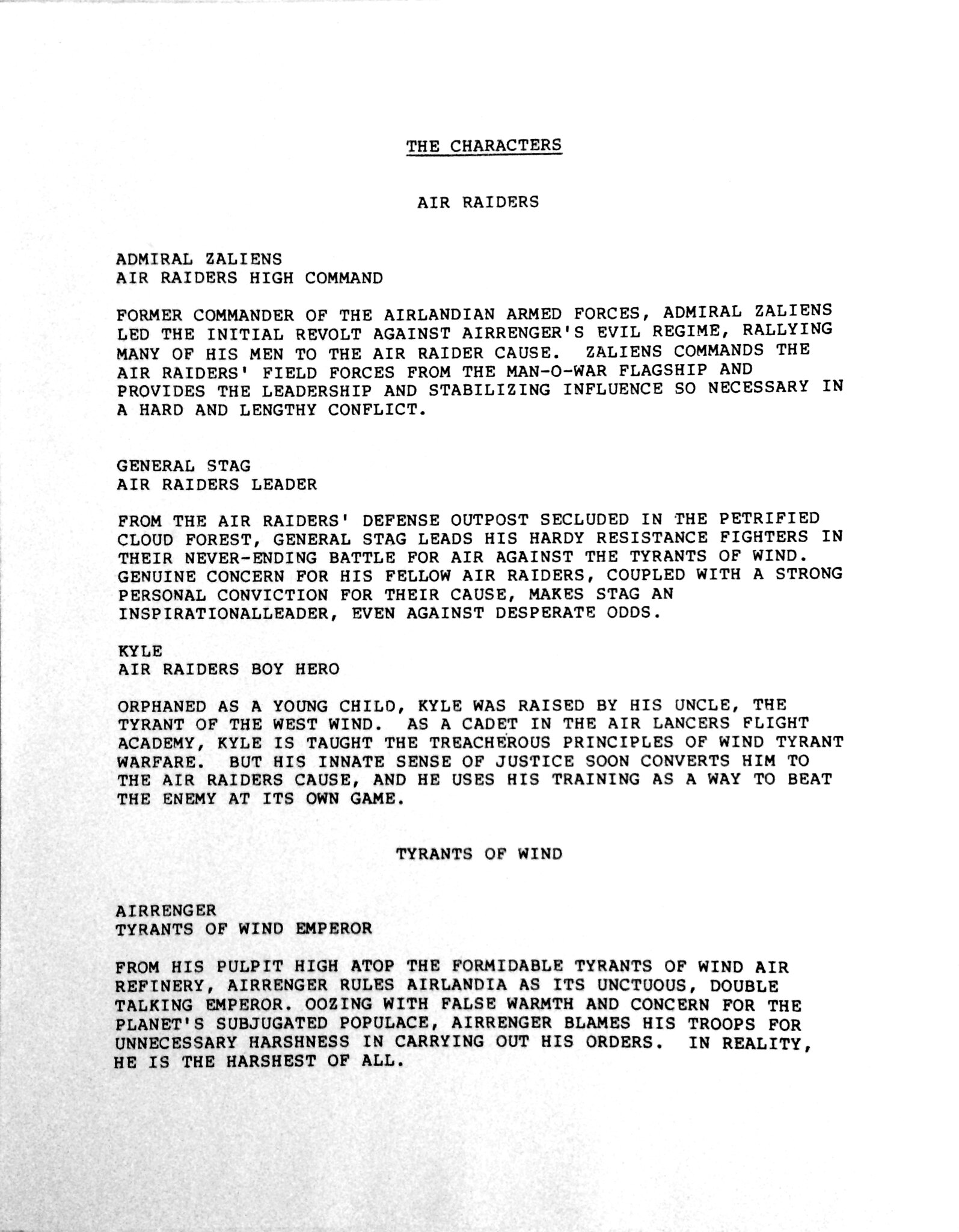 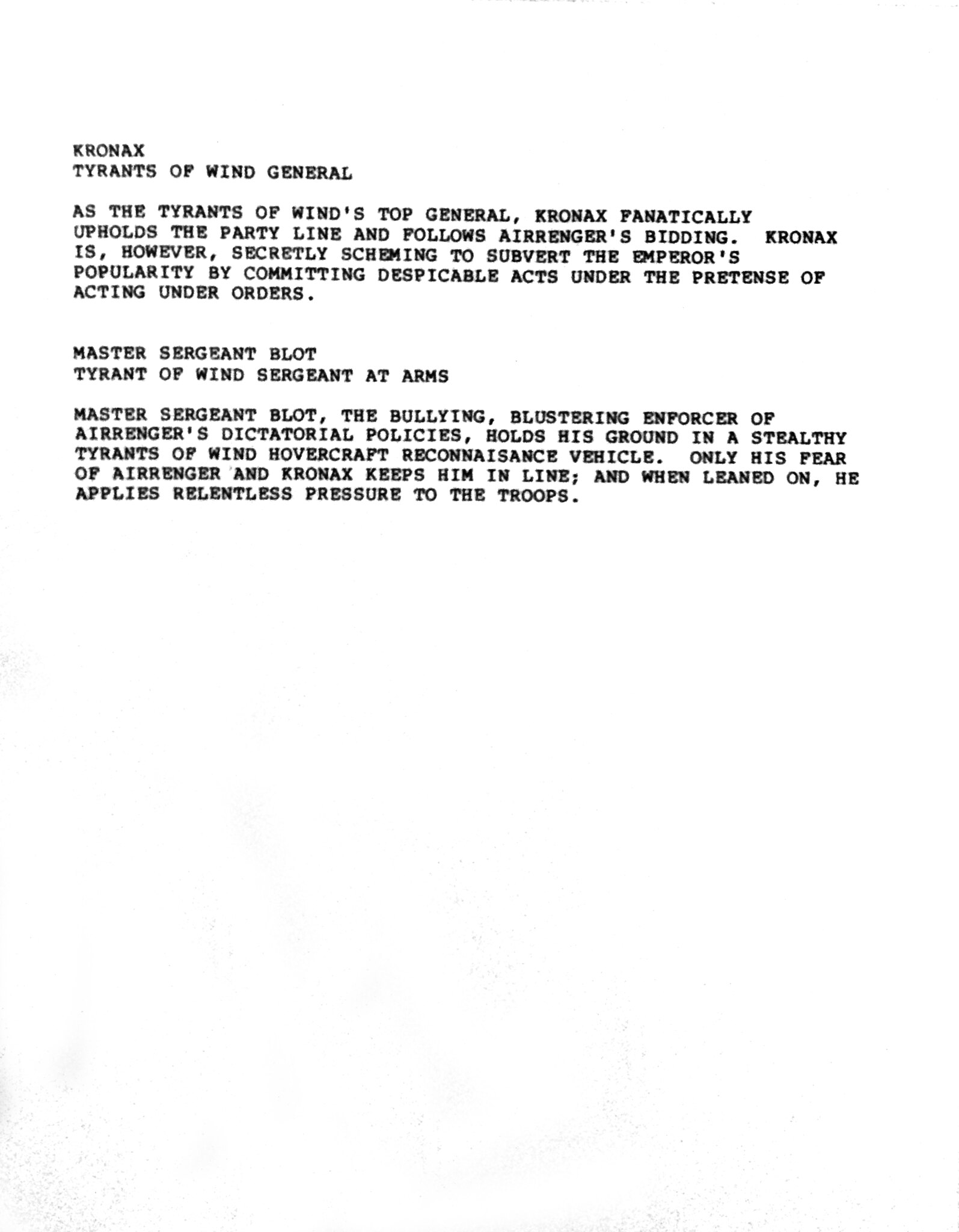 The final pages are bios of some of the Sunbow executives who were working on this. They all had experience working on Transformers, GI Joe and Gem among other properties. 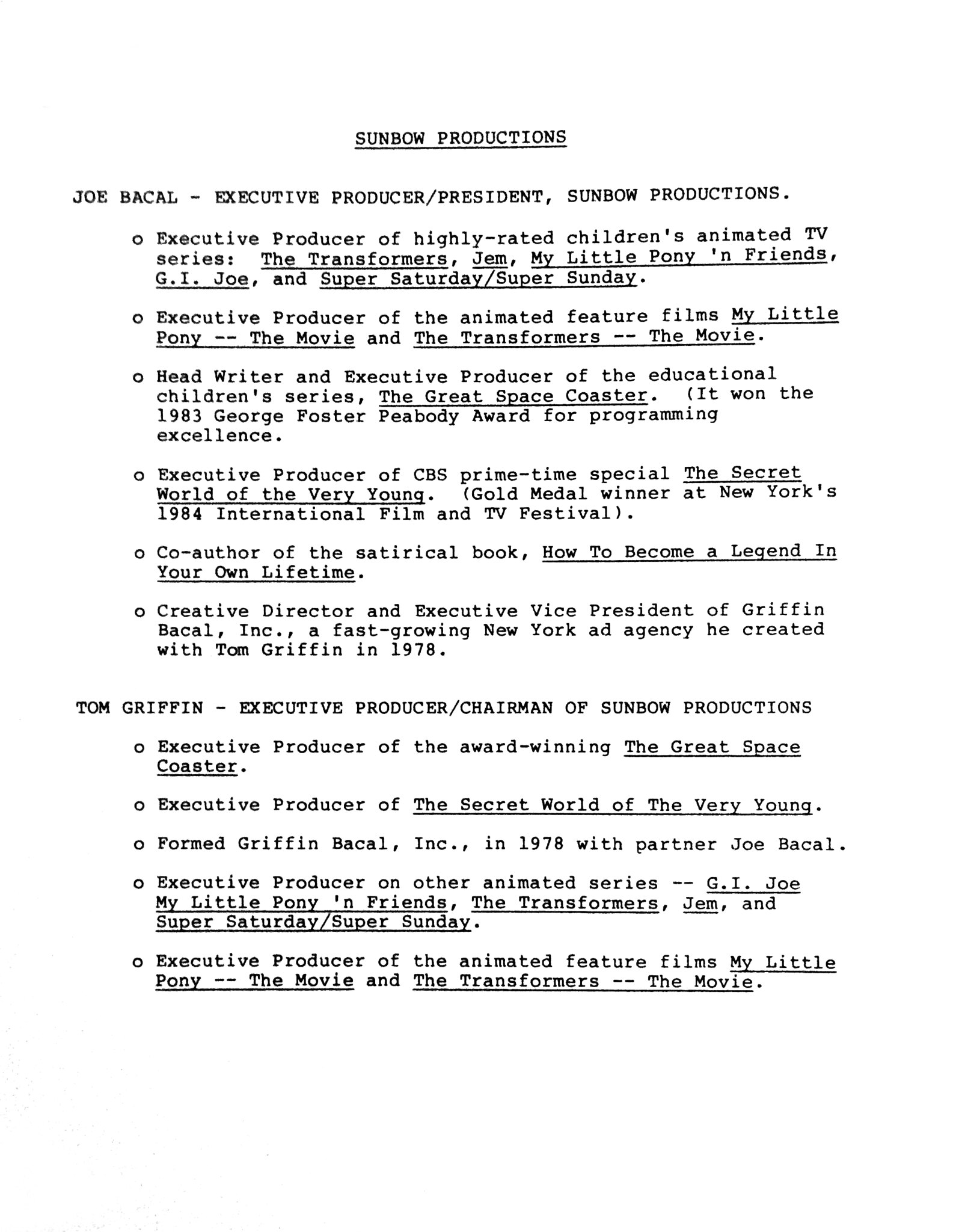 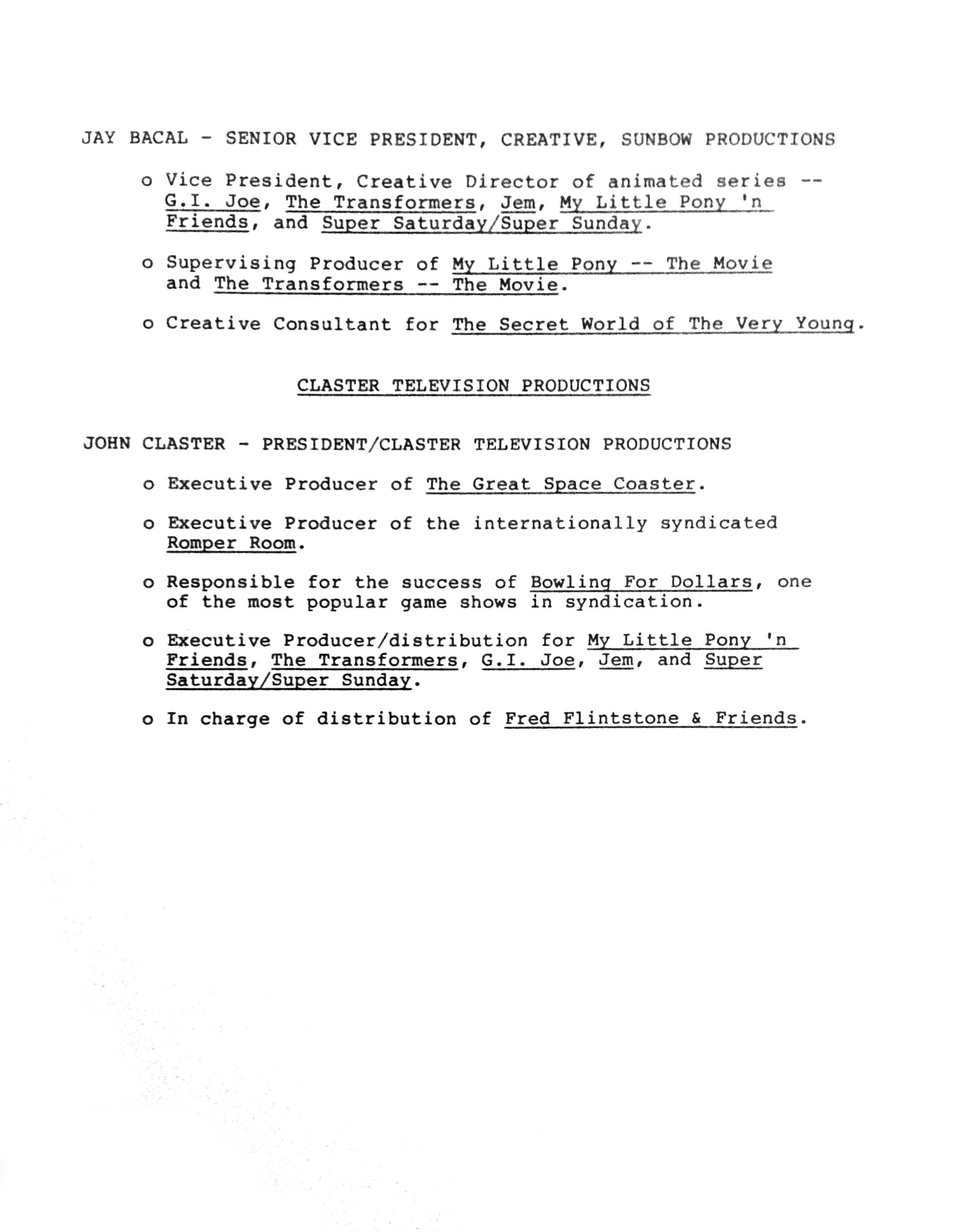 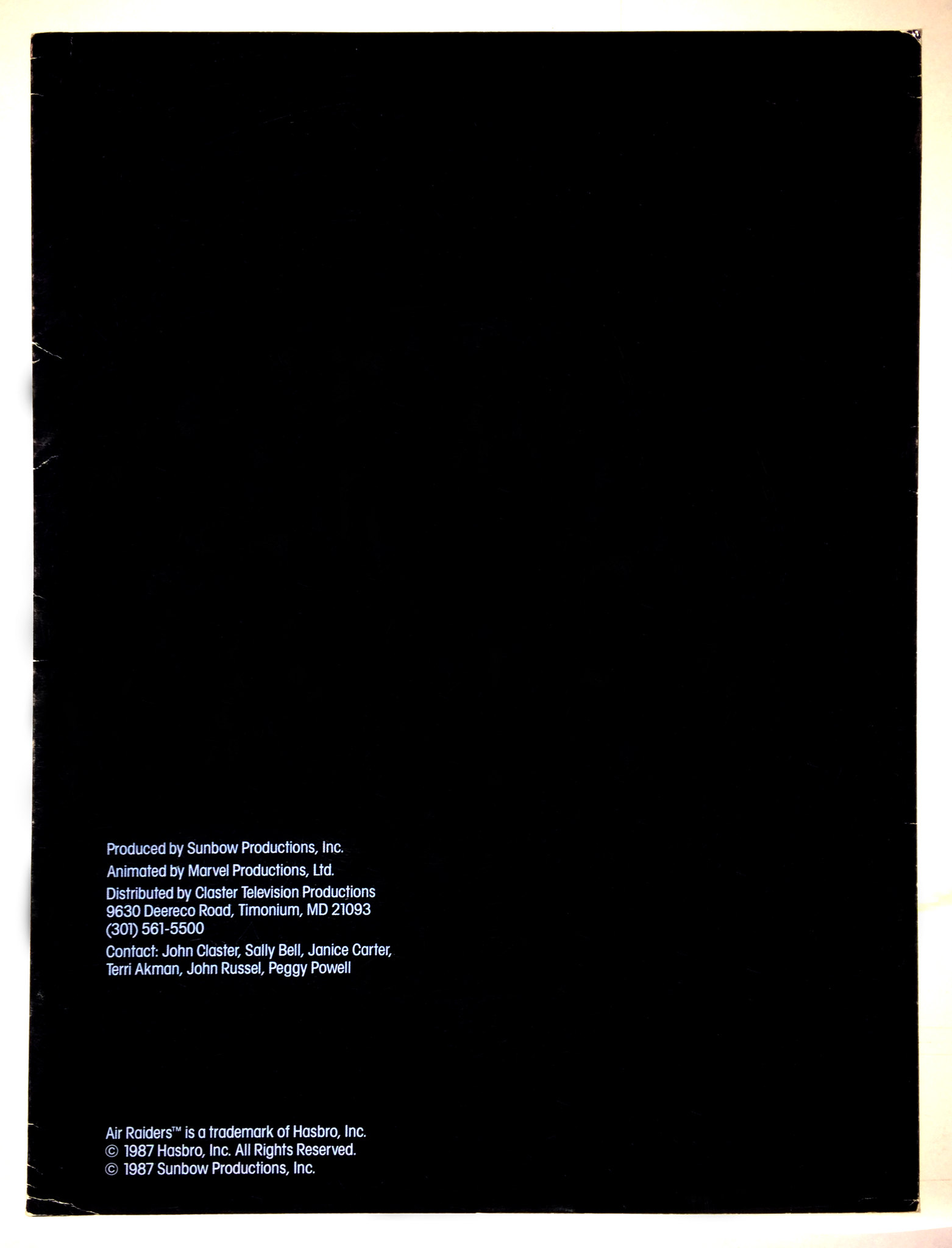 This folder had some awesome art to go with it that I hope to go over soon.