Yep, different toyline altogether but I am showing the initial stages of one of my pet projects. The ecology of Airlandia insert, with all the cool animals, inspired me to think about the local wildlife and how the two warring factions would exploit them in their ongoing war.

Enter six dollar store dinosaurs. These guy are perfect for their size and pose. I plan on spray painting them to paint a new set of colors but otherwise, they will work just fine. I’ll probably stick to the usual palette of colors but part of me is tempted to go with some contrasting colors that would really pop out with the rest of the army.

The rebels will use the (maybe) Dilophosaurus on the right and the Tyrants will use the… well, the T-Rex, I guess. 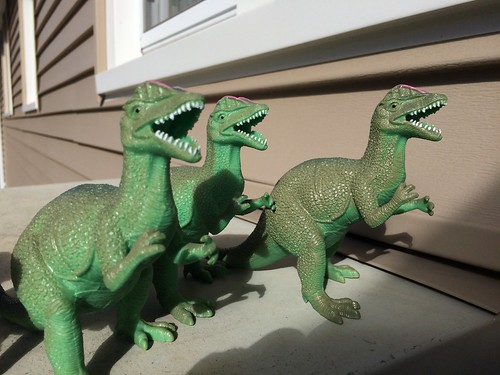 I haven’t quite decided yet, but I was thinking of putting some cybernetic implants on their heads, at least on the Tyrant-o-saur, to show how they are controlled. Maybe the Air Raiders choose to do a lot of combat training with their mounts. 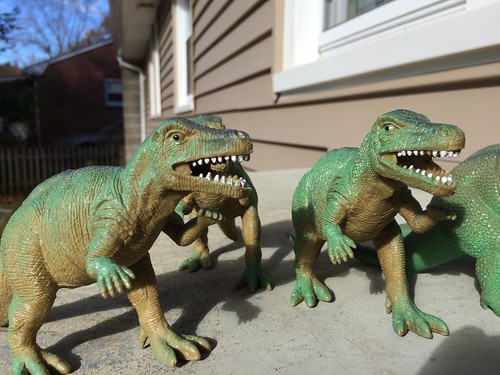 Anyways, I found some cool throne-looking Lego chairs for cheap on ebay, so I plan on attaching them to the dinosaurs with some sort of harness. 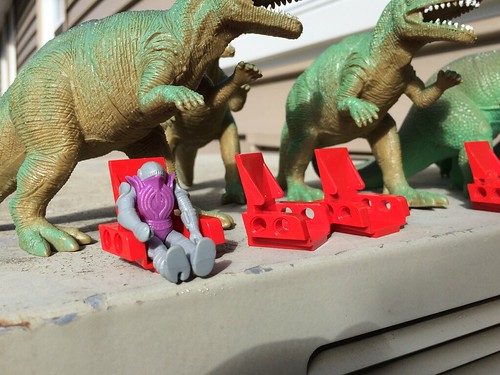 I’m hoping to get the chair to swivel as it will have some tech pieces on the back and other areas but each chair will also have some blasters mounted to the sides. Here’s a pic of some of them; there is still a lot of cutting, sanding and priming to go but this all looks promising so far. 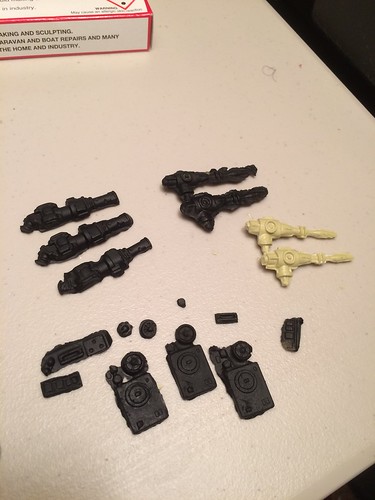 One thought on “Dino Riders”