The evil emperor controls the air! He uses his immense power to enslave the people of Airlandia and only his government-sanctioned air refinery is allowed to produce breathable and galvanized air. To sustain his power, this heavily armed-armed fortress is disguised as a giant rock formation and equipped with a devastating array of high-tech weapons.

The Holy Grail of Air Raider toys, man, who doesn’t want one of these? I decided to make a post about the Air Refinery because it’s a) super cool but also b) I found a nicer pic of it online that’s better than what I usually see.

Here’s what I’m used to seeing in the box catalog: 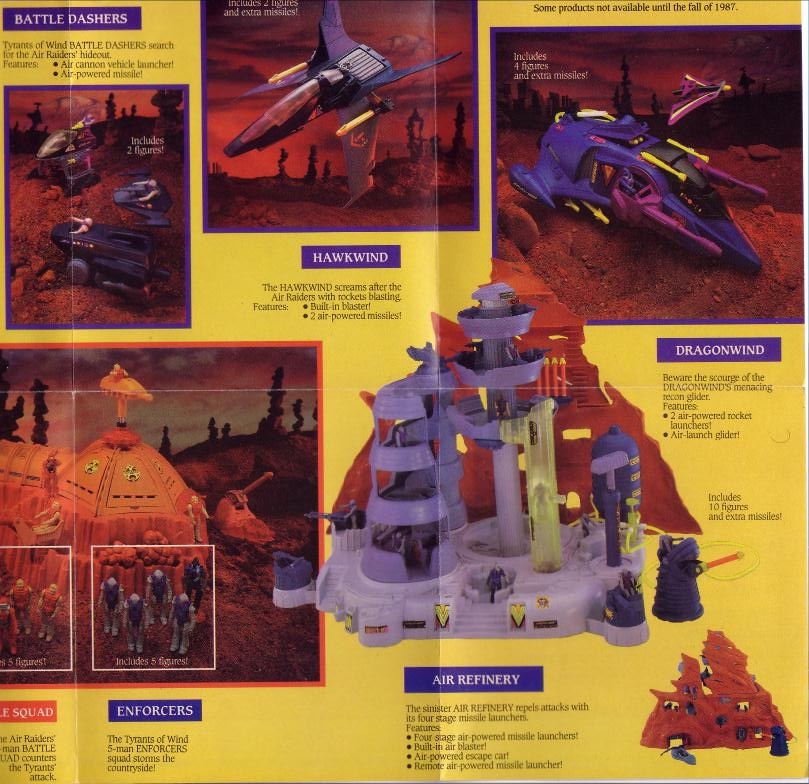 It’s mentions some of these fun abilities the set has but it’s hard to make out what’s going on with the small pic they provide(like the scout car!).

The newer one is the same shot but bigger and it’s a lot nicer! 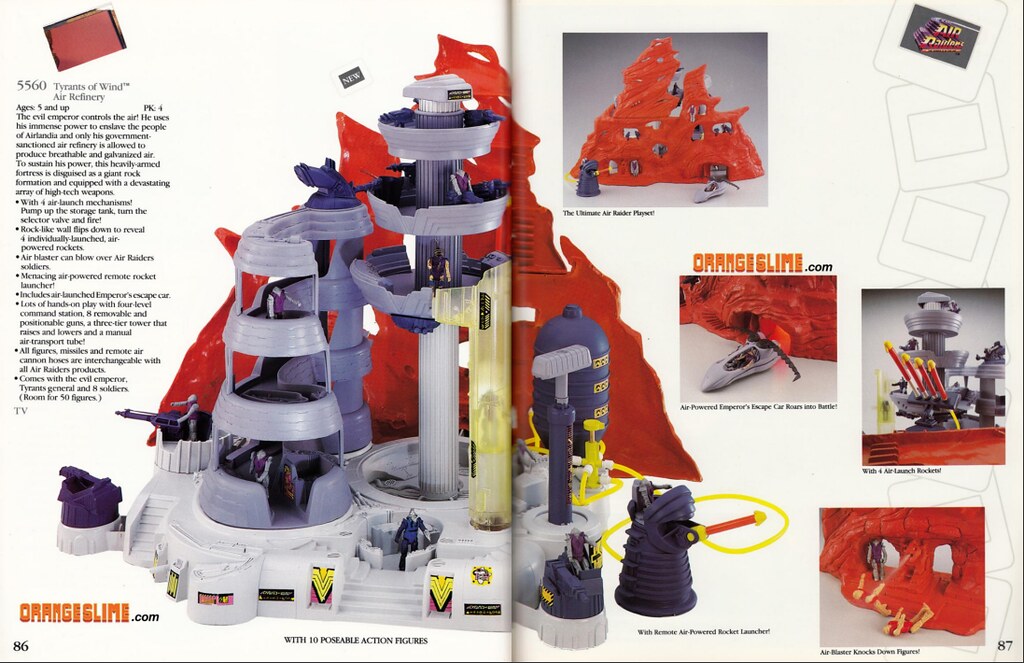 This thing had it all!

Four air-powered mechanisms:
• Hidden quadruple missile launcher (that was revealed by a   flip-down rock wall
• Remote Missile Launcher tower
• An air blaster to knock over invading troops
• A (aerial?)rocker car that blasted off into battle.

In addition, it had a 3-tier tower that raised and lowered, 8 positionable guns, some cannon emplacements and a manual air-transport tube.

They mention the 3-tiered tower but I wonder about the the left tower. It doesn’t seem to do anything, there’s no gimmick or ability associated with it. There does seem to be a purple handle or something on top. I wonder if they were still ironing out what I did.

One interesting note is that it came with the Emperor, 8 soldiers and a “Tyrant General.” It’s obvious that the General is Baron Jolt. This makes me wonder if they were already in production of these figures when the Air Refinery was canceled and so the mail-order idea was created to get rid of them. Why offer the exclusive Emperor and Jolt through the mail order if they were going to come out with a set?

Anyways, my 9-year-old has expressed interest in making this. I have no illusions that we can make a copy that will be anywhere close to this but it sounds like fun so look for a future post.