An earlier blog post was about how I stumbled across a Pinterest page for someone who was making his own Air Raiders-inspired figures. Well, I tracked him down and got him to 3-D print out an order of three space soldiers for me.

They’re not as highly detailed and have similar appendage movement but they still look cool. And once I paint them up in Tyrant colors, they will look pretty fearsome. I will probably make these guys the Noble Legion Troopers, the elite guardsman used by the Barons. It’d be nice to actually make each of the other Barons too!

One thing I’m very excited by is that the 3-D designer will allow me to create my own figures for a small fee, much less than I thought it would be.

So be prepared for future posts with newly painted warriors and hopefully the planning for some custom figures! 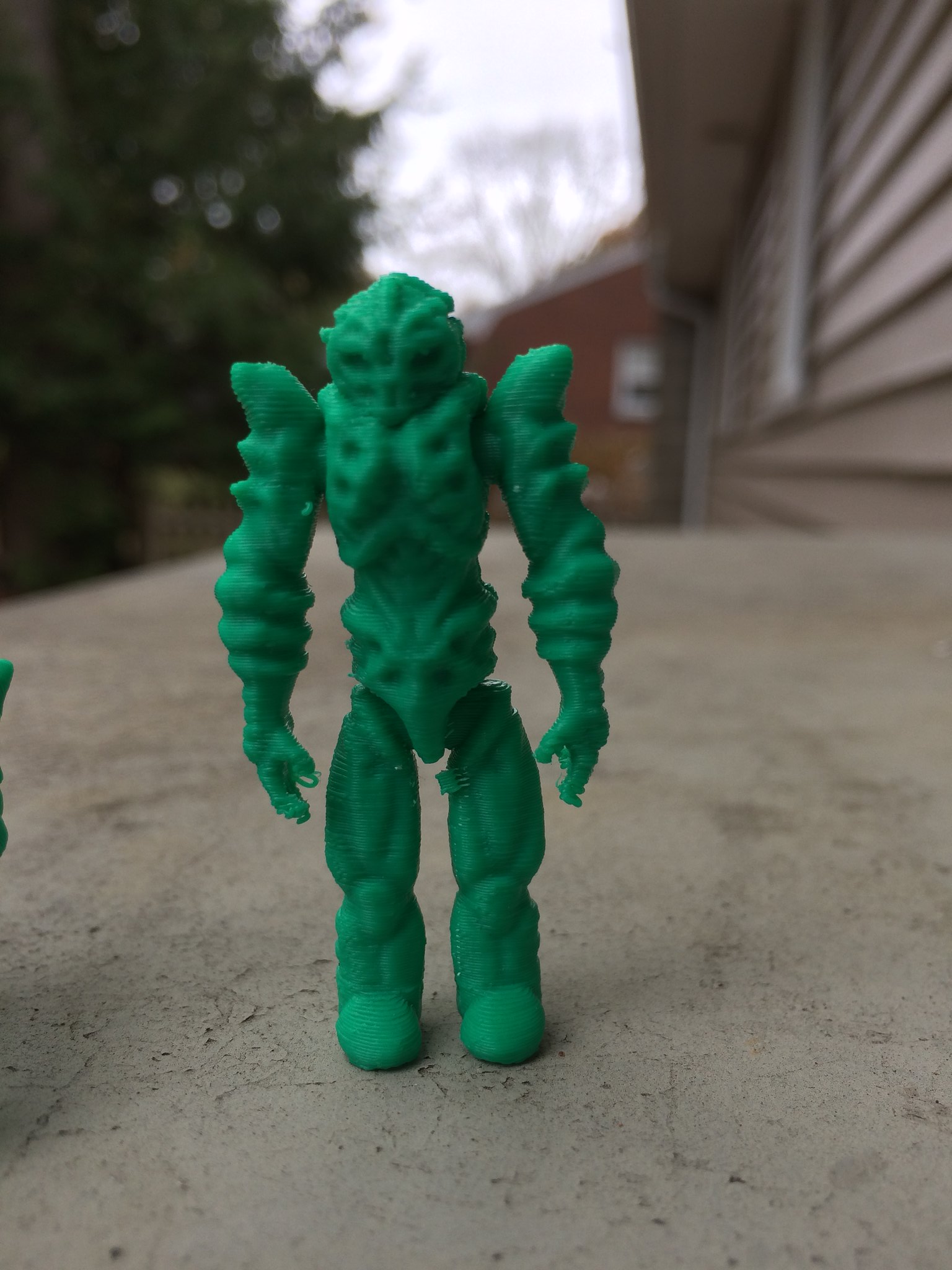 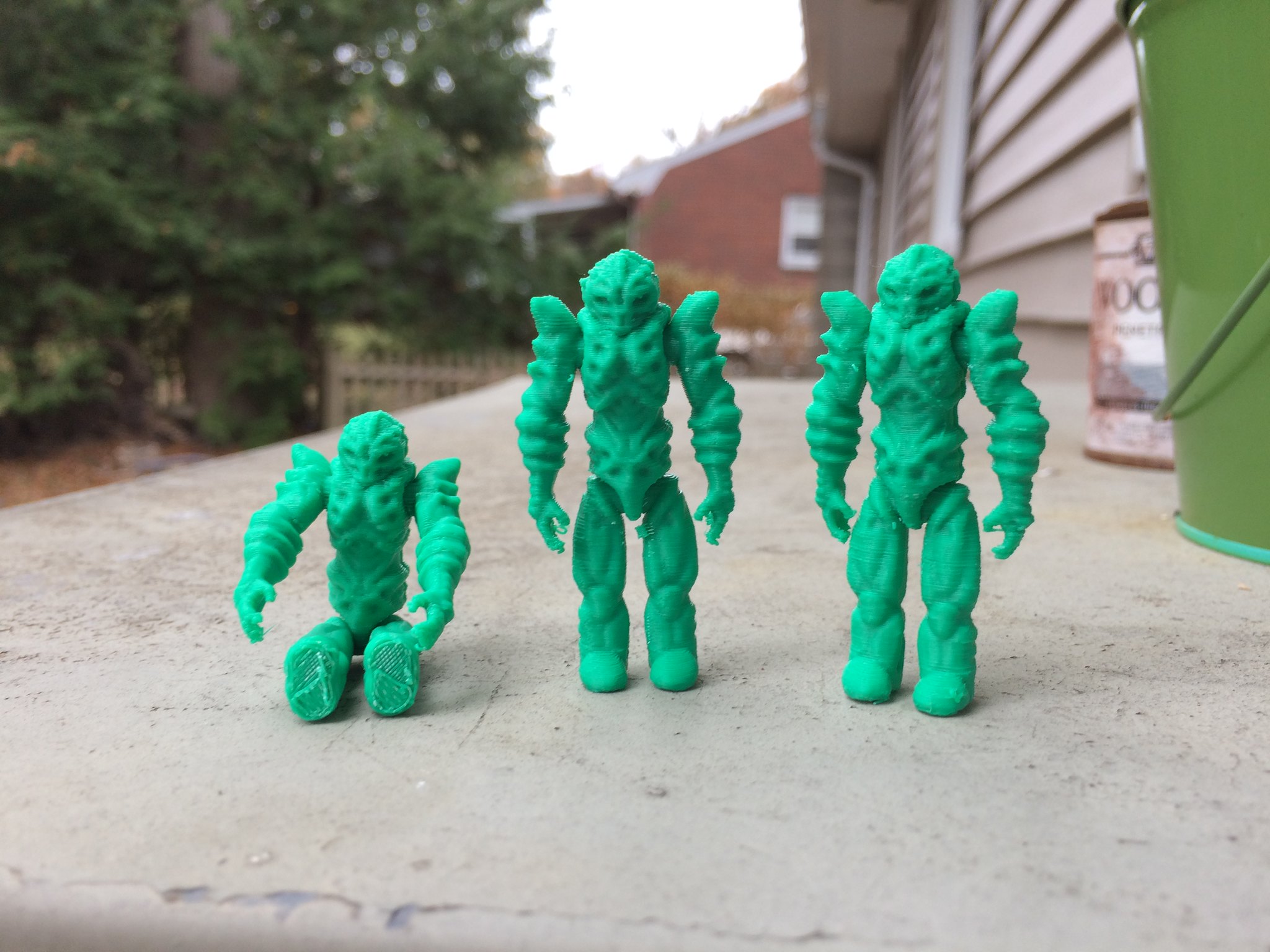 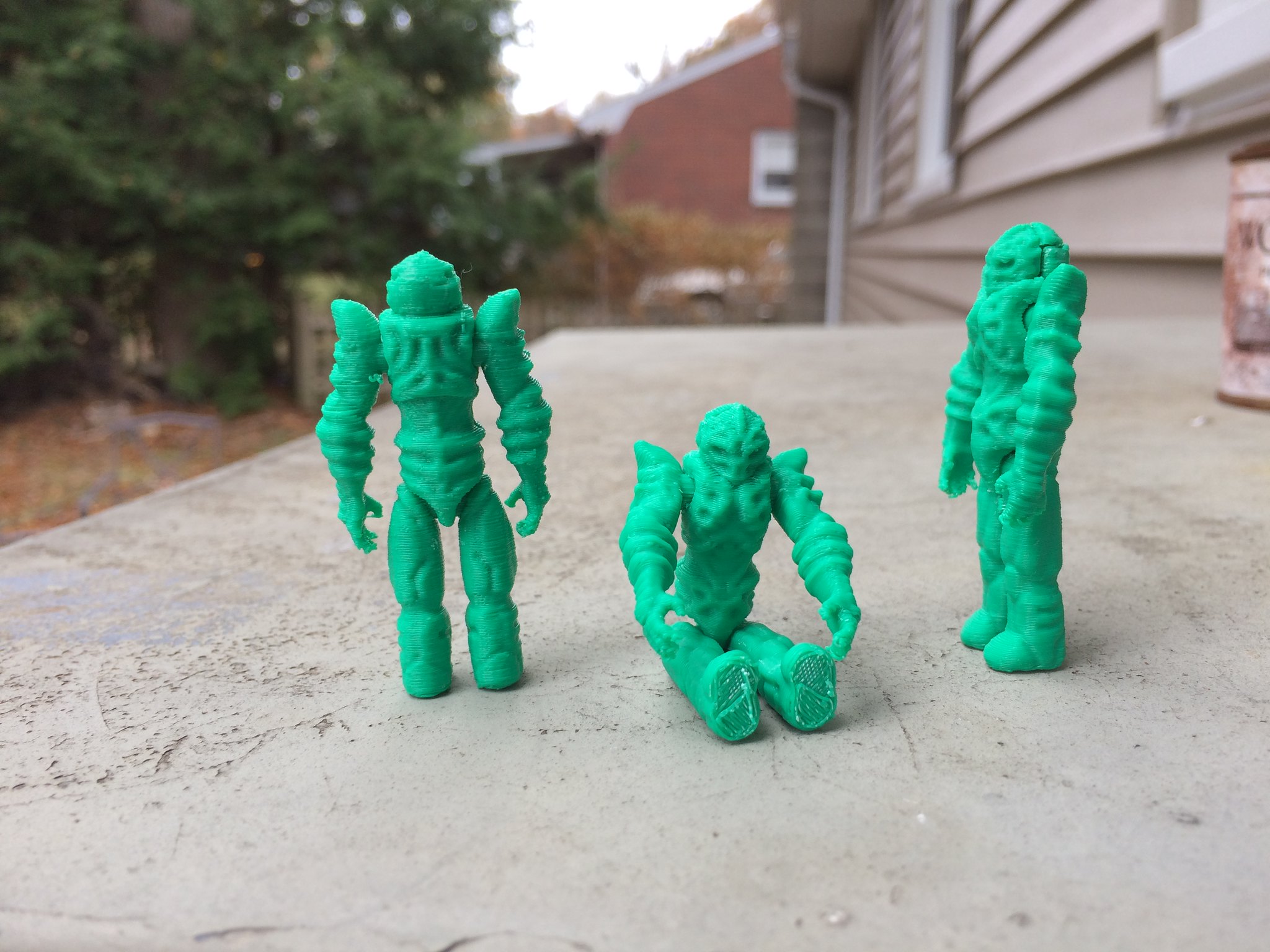 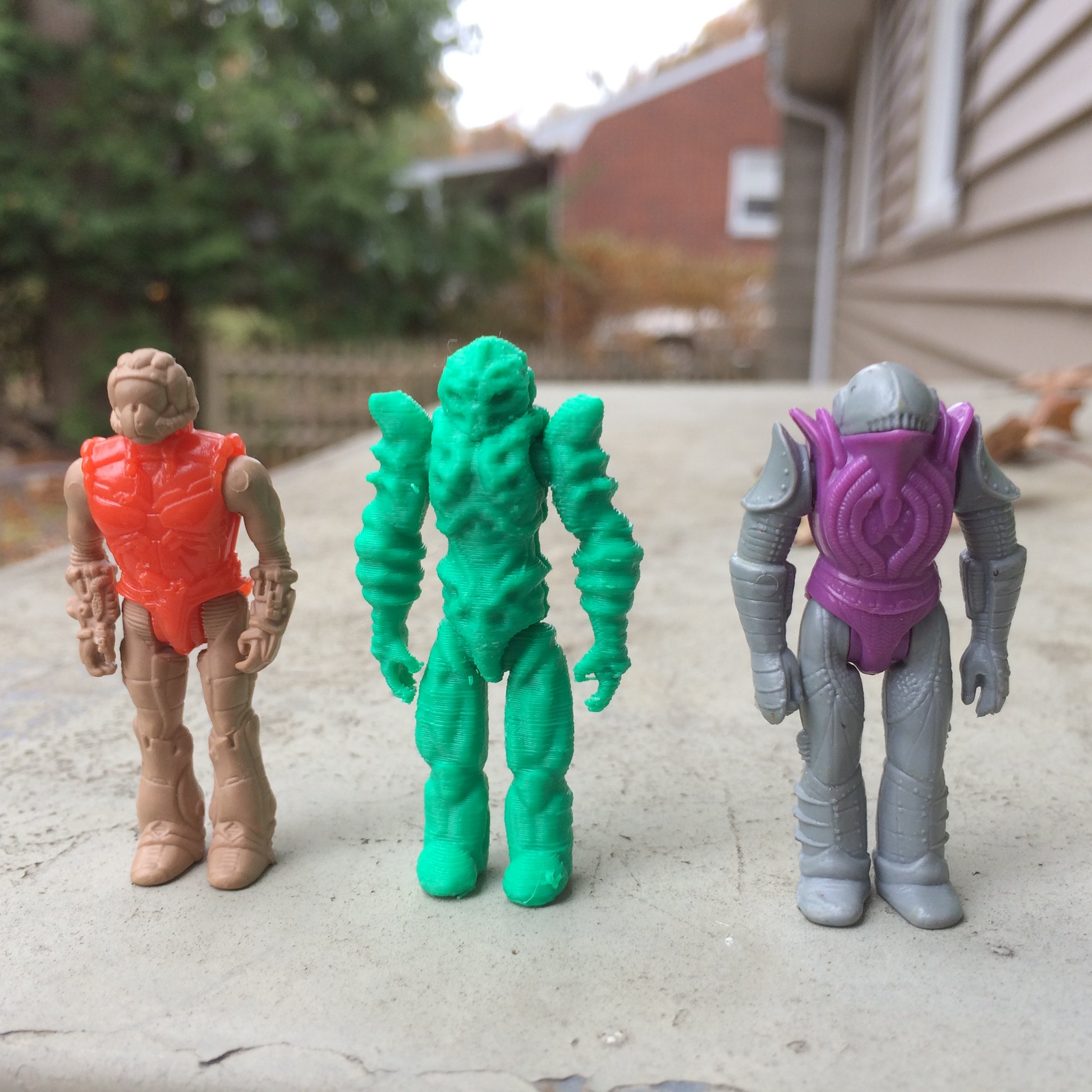 One thought on “Build Me An Army Worthy of Mordor!”