I’ve been attempting to create some molds for missing vehicle pieces. My first attempt is here. I learned some valuable lessons from that first attempt although I’ve still had problems. Wheels are tough; there’s no forgiveness for a slight shift in the mold putty or if you press it down wrong. 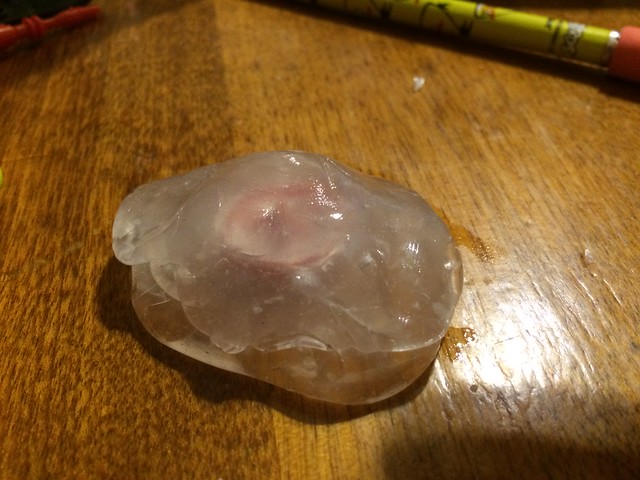 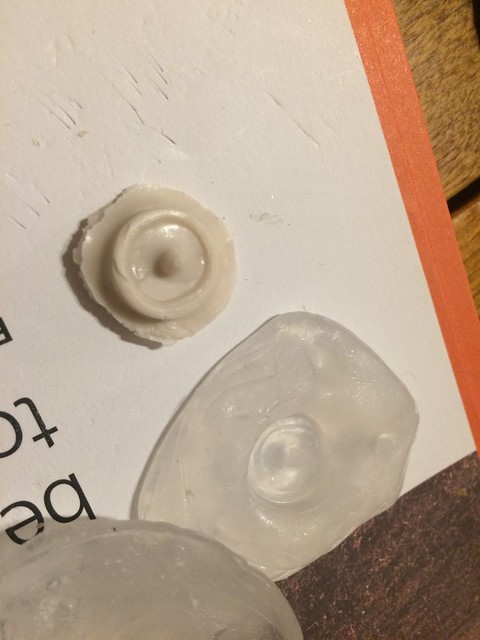 Overall, I’m still not thrilled with these attempts for the Man-O-War scout car wheels. The pegs don’t align properly and the flash is difficult to remove without damaging affecting how the wheels roll. 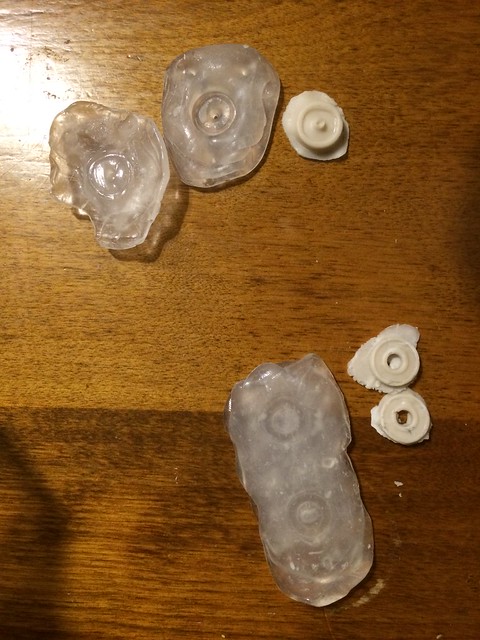 The Wind Razor wheels, however, came out fairly well. They are a little rough but I think that’s just something that will improve with practice. I’m going to fill in some of the nicks with more putty and then sand them down nice and smooth. 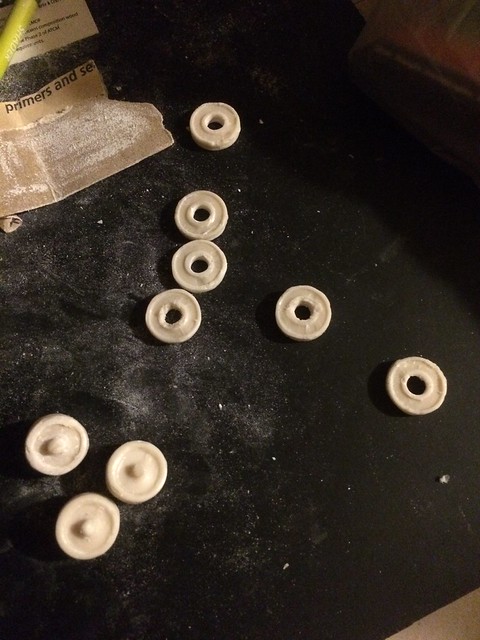 My latest attempt was more successful. I evenly split the mold between two halves so they formed a better bond and didn’t slip around. I also cut down on the amount of flash. Lastly is another attempt at the freeze breeze cannon which came out really nice. It did not break and now I have to clean and sand them too. I hope to have pics of them painted and mounted soon. 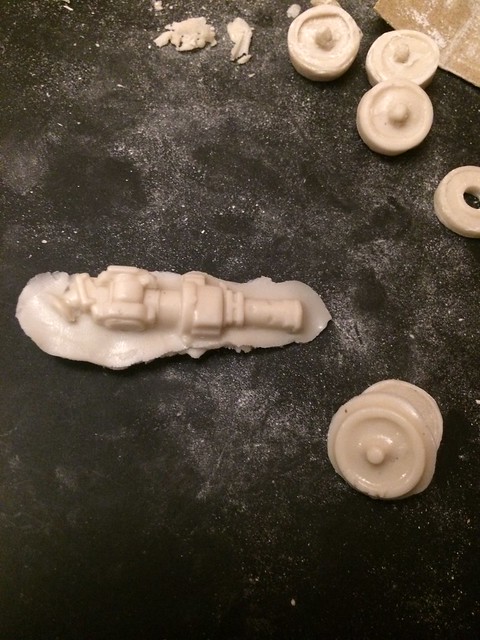 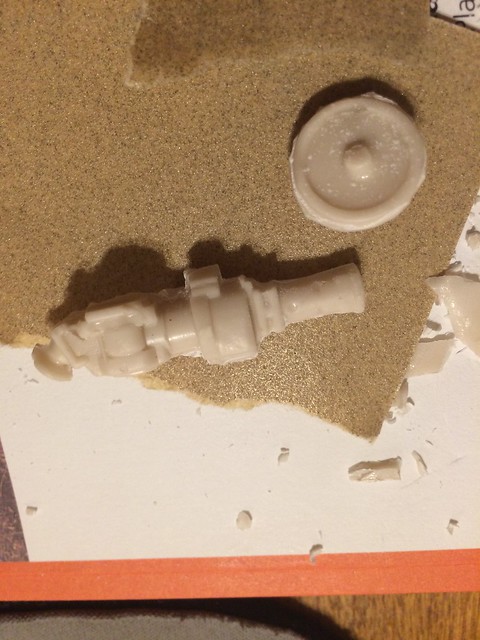 One thought on “Breaking the Mold”