It consists of a bunch of cool drawings and specs for the Twin Lightning rebel aircraft. Most of them look like they were in the final stages of design as it looks pretty much like what ended up on the shelves. Although I wish they had stuck with those cool finned missiles! 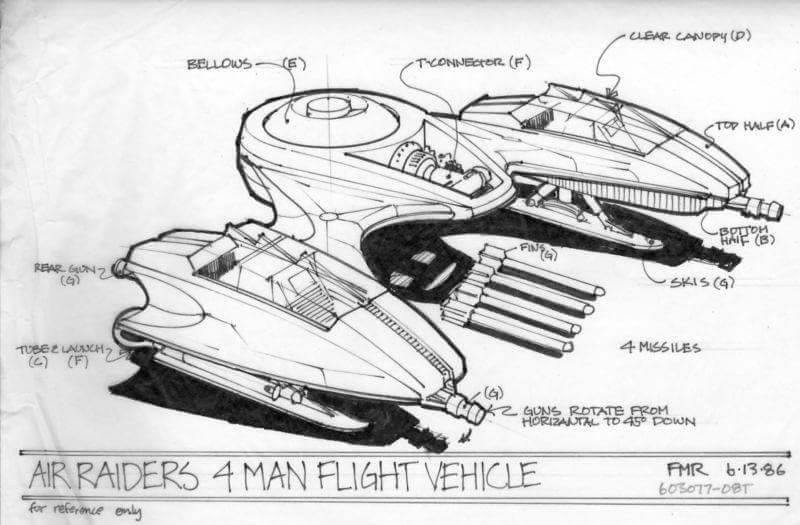 Although I prefer the overall color scheme that they chose, this “ghost” verson of the Twin Lightning is pretty cool too! I may try to paint one of the toys like someday. Sadly, no way of knowing who drew this. 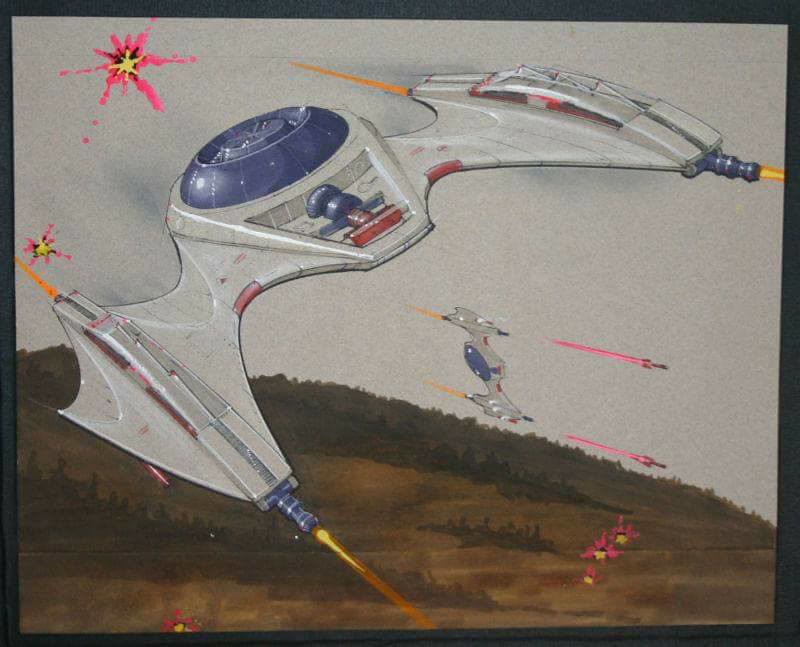 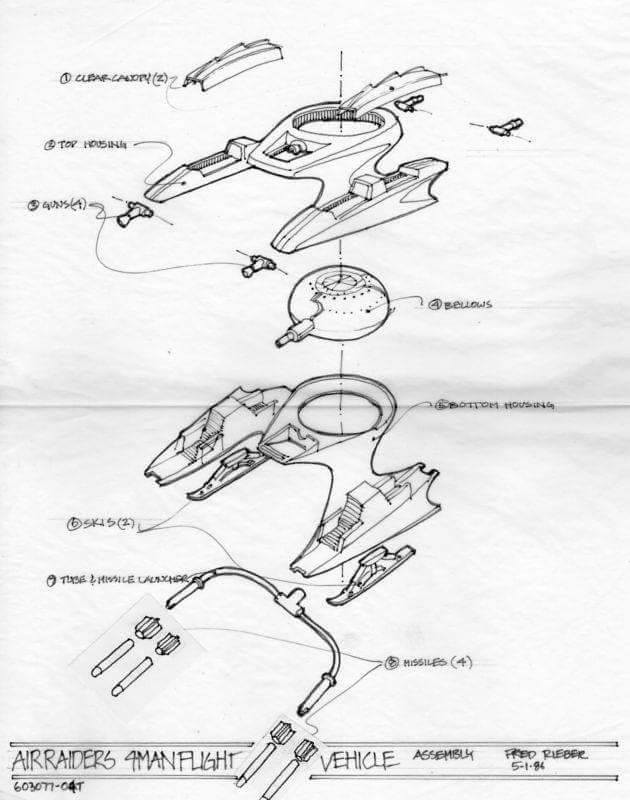 I’m guessing here but the next two look like they were done by Richard Marcej, an illustrator who did a lot of work on Transformers and GI Joe. Notice the color palette legend on the first one. 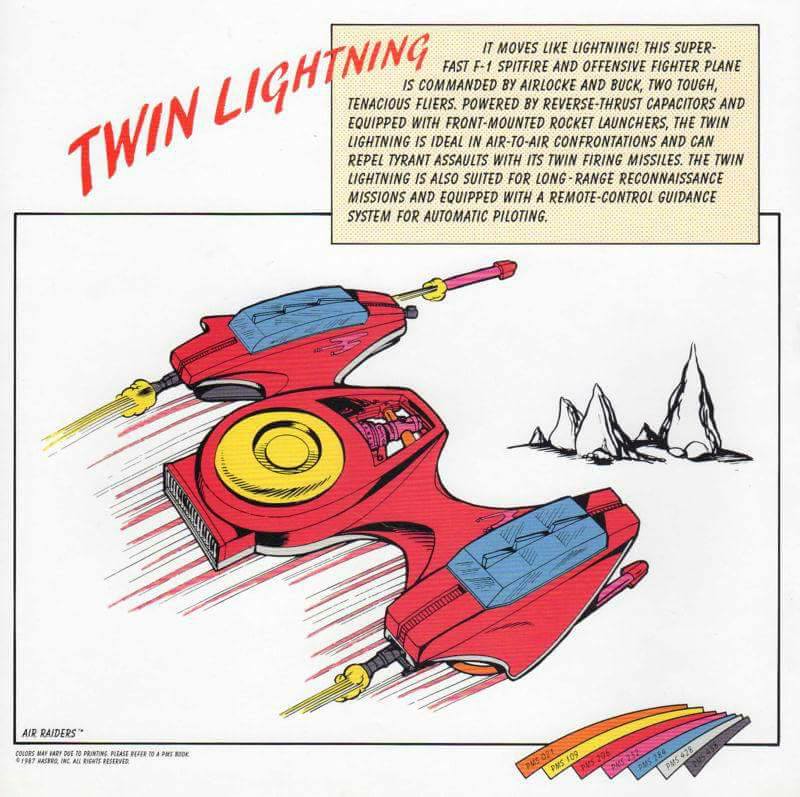 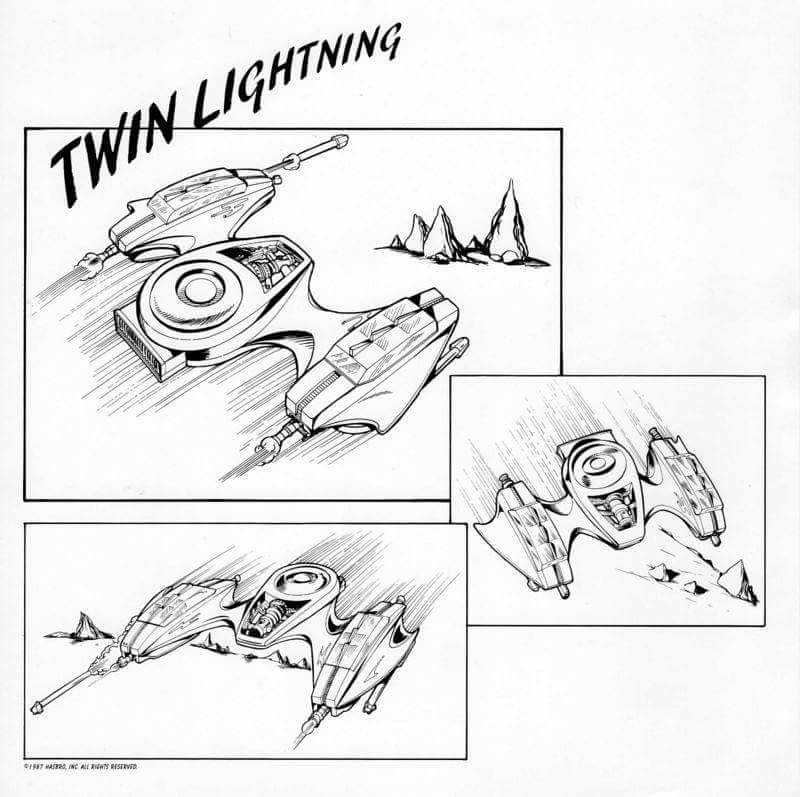 The rest of it is much more technical (and way over my head) but it’s interesting to see the design stages of the toys and the mechanisms built into them, in this case the bellows. 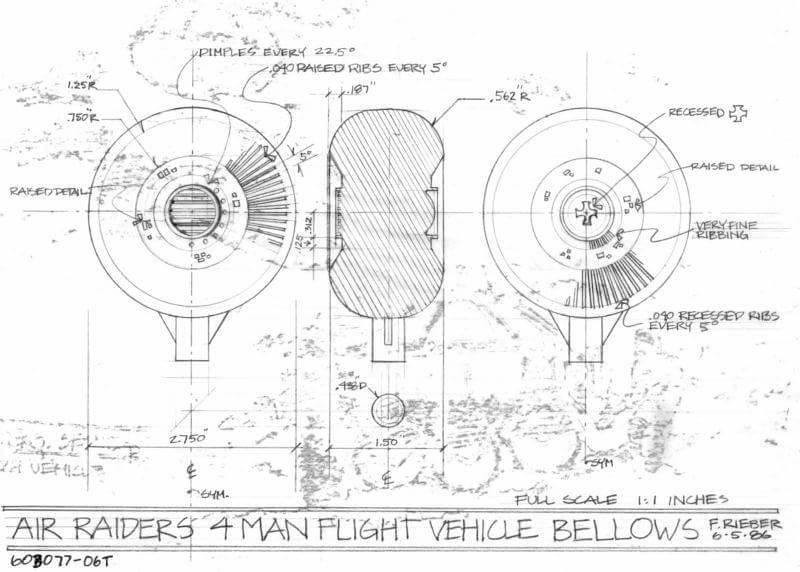 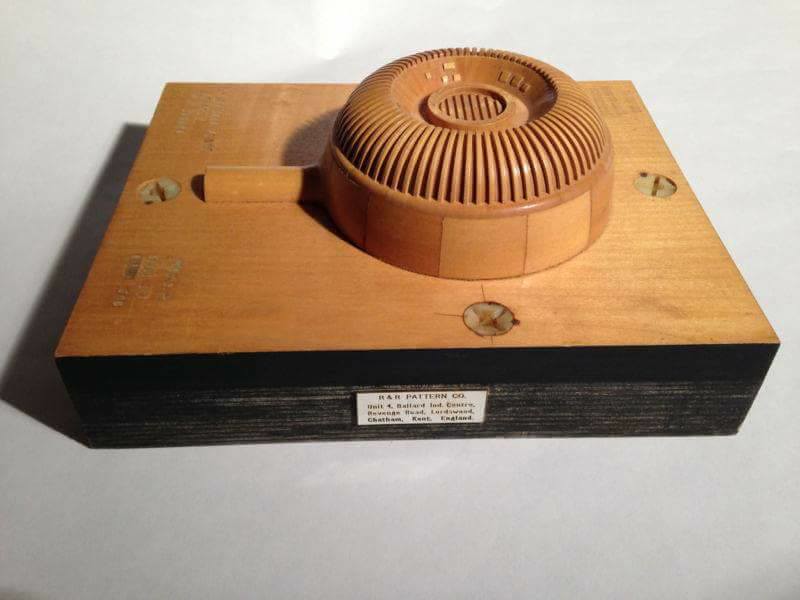 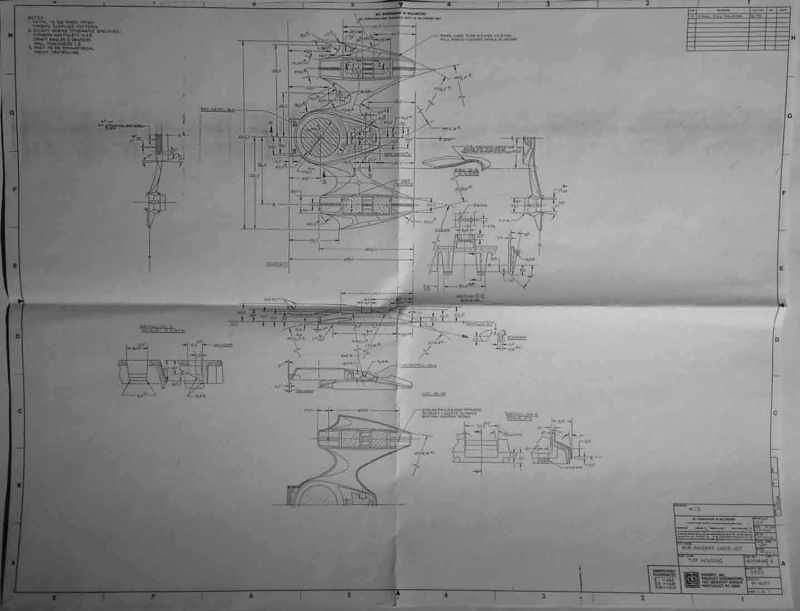