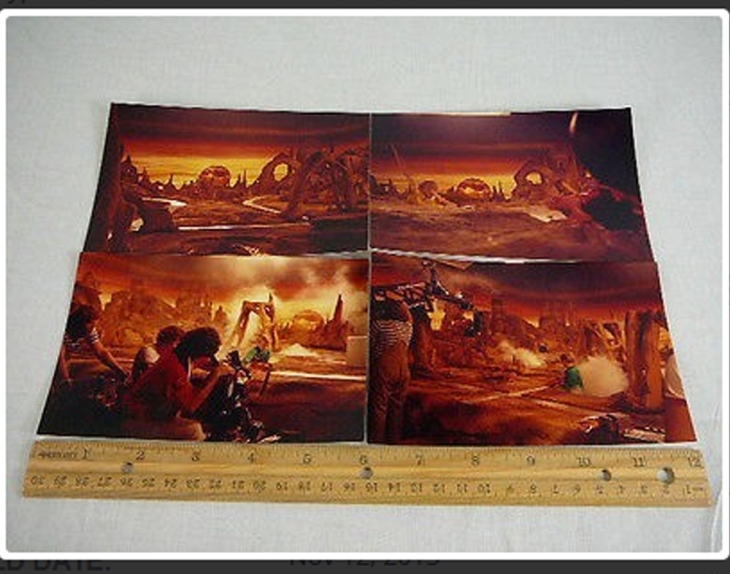 Here’s a neat little find on an auction site:

This item was previously owned by a collection associated with Hasbro. It has never been offered for sale before and is being offered here for the first time. Included is a set of 4 photographs of the vintage Air Raiders TV Commercial. These were taken while the commercial was filming. In many cases prototypes were used during filming and it is possible that some are visible in the photos. These are vintage photos that were printed on Kodak photo paper. The Kodak lettering on the back of the photos is both in English and French. Very rare, original vintage Hasbro items never surface on the market making this piece highly sought after by intent collectors. Amazing display ability. Only what is in the photos is available for auction.

The quality of the photo leaves a lot to be desired but it’s still pretty neat to see the sheer size of the diorama they built to film the toys on. I’m not sure where the landscape of rocks ends and the painted background begins but it still looks huge.  I wonder if they purposely had the kid wear a bright shirt to stand out against all that brown and red terrain around him. That looks like a lot of fun with the crazy landscape and the smoke coming from all over.

I assume this was the commercial they were filming.